Amazing Hanging monasteries all over the world 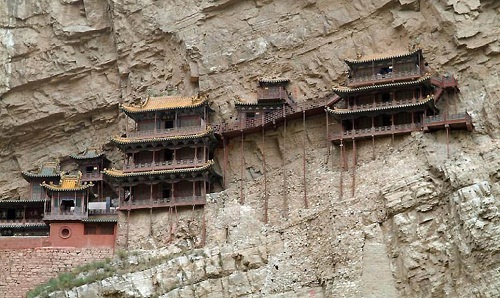 Amazing Hanging monasteries all over the world
These gravity defying Hanging monasteries cling to the side of Mountain Huashan in China and are only accessible through steep and dangerous paths. In Bhutan, the Taktshang Tiger’s Nest monastery clings to a cliff 2,300ft above the Paro Valley floor. According to legend, it takes its name from the ‘second Buddha’, Precious Guru Padmasambhava, who traveled to the site on a tiger. Some visitors have reportedly fallen to their death on the way up after apparently losing their footing. But the desire to build in such vertigo-inducing places isn’t just confined to Asia. Turkey has its own, the monastery of Sumela, perched at an altitude of 3,900ft. 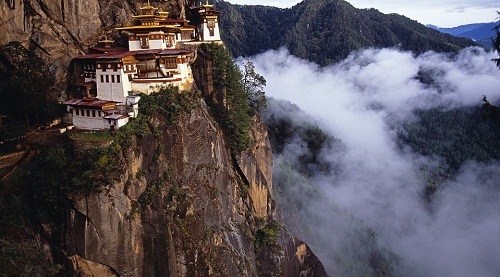 The Taktshang Tiger’s Nest monastery clings to a cliff 2,300ft above the Paro Valley floor in Bhutan at such a height it looks down on the clouds

Amazing Hanging monasteries all over the world 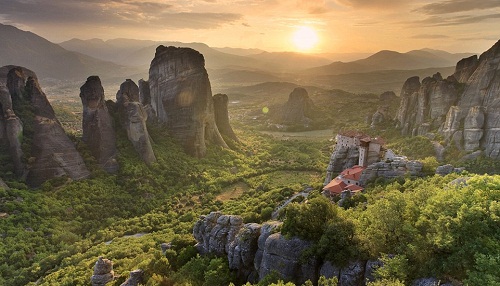 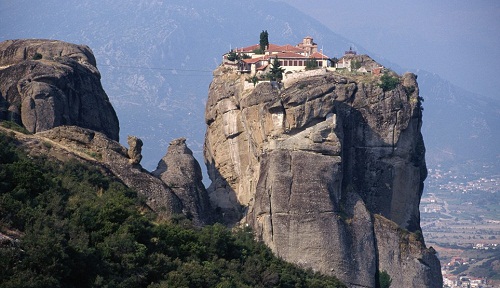 Between a rock and a hard place: The Holy Trinity is part of the Meteora – which translates as ‘suspended in the air’ – complex of monasteries in Greece, one of the largest collections of such buildings in the country 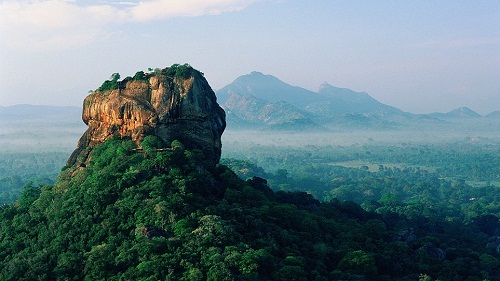 The rock, pictured here at dawn, upon which the temple and monastery were built is a ‘magma plug’ 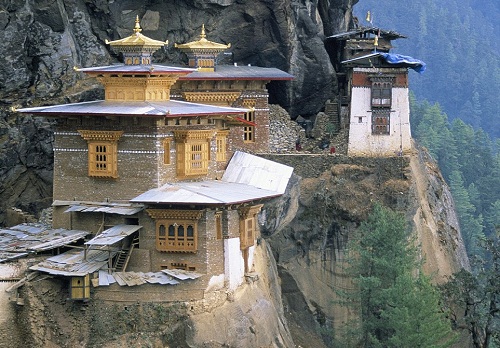 According to legend, the Tiger’s Nest takes its name from the ‘second Buddha’, Precious Guru Padmasambhava, who traveled to the site on a tiger 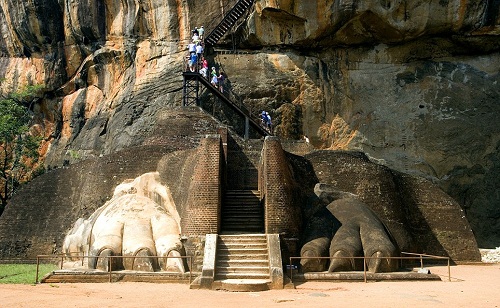 Visitors ascend the stairway to the ancient structure, which contains caves prepared by devotees of the Buddhist Sangha. Sigiriya (Lion Rock) Sri Lanka 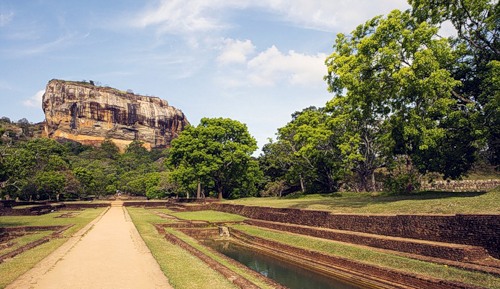 Sigiriya, framed by symmetrical water gardens which extend to the foot of the rock. It is one of the eight World Heritage Sites of Sri Lanka 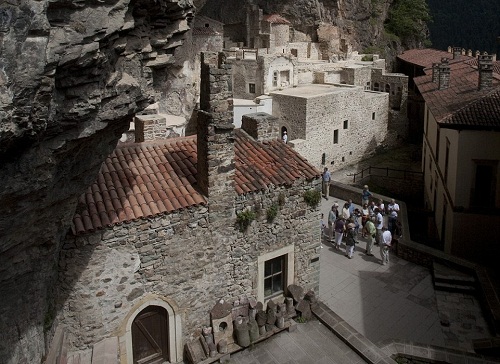 Prayers at 3,900ft: Visitors survey the incredible buildings of the Sumela monastery which was built, on southern shore of the Black Sea, during the reign of Emporer Theodosius I 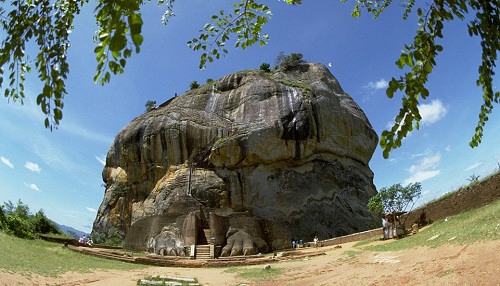 The ruins of the Sigiriya, or Lion’s Rock, in the central Matale District of Sri Lanka, which was used as a monastery from around the 5th Century BC 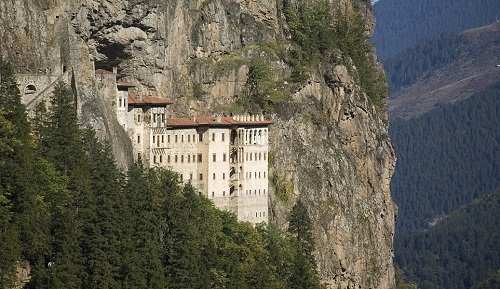 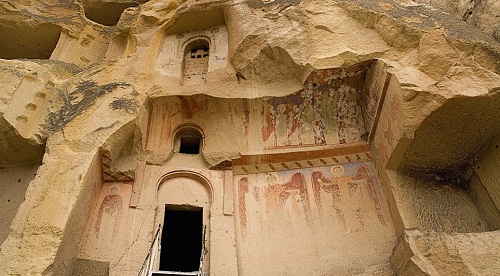 Rather than clinging to it, this temple was carved into the rock in the region of Cappadocia in Turkey. Frescoes can be seen around the entrance 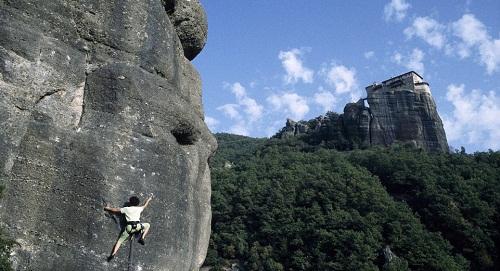 Head for heights: French mountain climber Catherine Destivelle during her ascension of the Rocher Saint Esprit, in the Meteora, with the Monastery of Roussanou located on a parallel summit 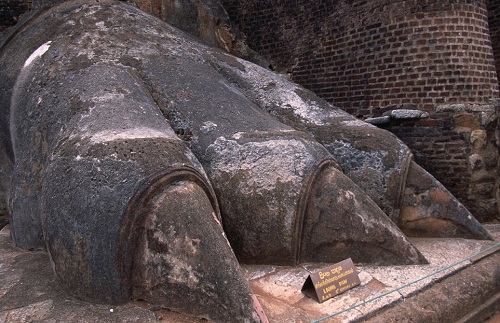 The legs and paws of a lion still remain either side of the entrance to the fortress, but the head fell down years ago

The monastery of St Stephen, part of the Meteora complex in Greece, was built in the middle of 16th and decorated in or around 1545 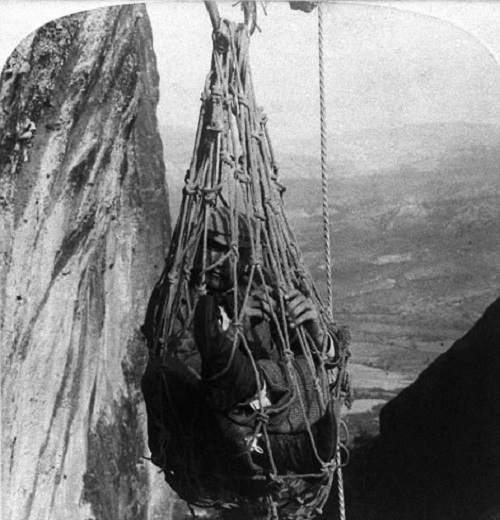 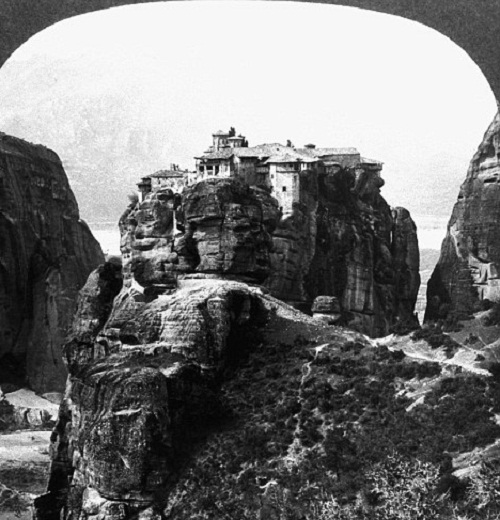 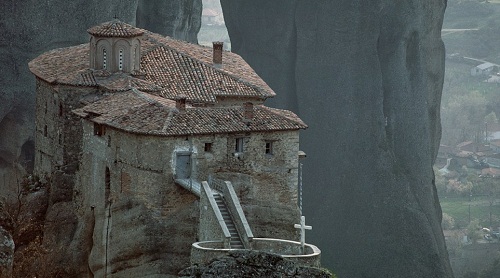 Balancing act: The monastery of Roussanou at the base of a stone tower in Meteora, Greece in a picture taken in 1985 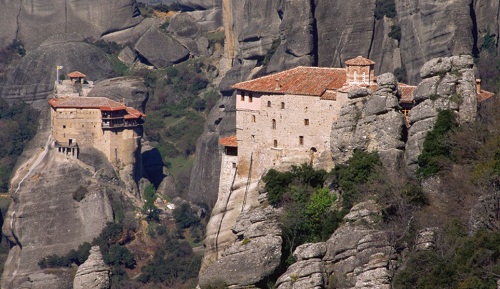 The monasteries of Agios Nikolaos Anapafsas (left) and Agia Roussanou (right) in Greece, which form part of the Meteora complex of precariously placed buildings 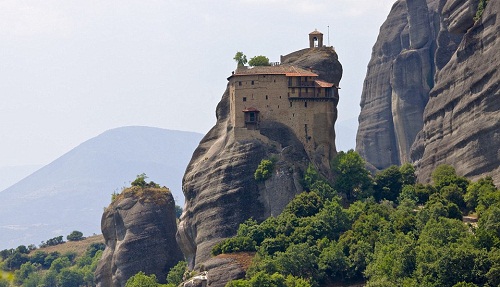 The Holy Monastery of Saint Nicholas Anapausas in Meteora, Greece, which was built in the 16th Century and decorated by the Cretan painter Theophanis Strelitzas in 1527