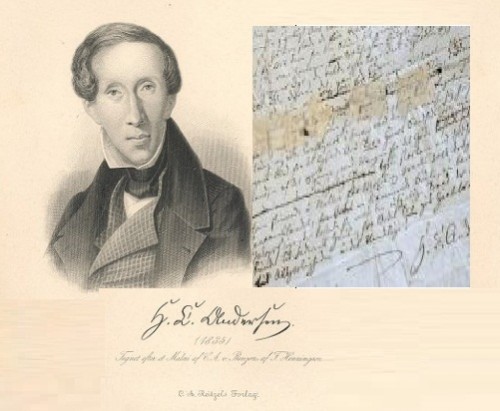 Hans Christian Andersen unknown tale
Written in the 1820s priceless manuscript is, in fact, the earliest tales of Hans Christian Andersen. According to mass media, the great Danish storyteller signed the document. It was in a box among fifteen kilograms of other papers in the archives of the city of Odense. The great writer wrote the previously unknown fairy tale “Tallow candle” when he was still a school boy. In addition, the leading Danish researchers confirmed the authenticity of the finds. Among most famous fairy tales of Andersen – “The Snow Queen”, “The Steadfast Tin Soldier”, “The Little Mermaid,” “Thumbelina”, “The Little Match Girl”, and “The Ugly Duckling”. And these tales, as well as many others, have been translated into 125 languages. 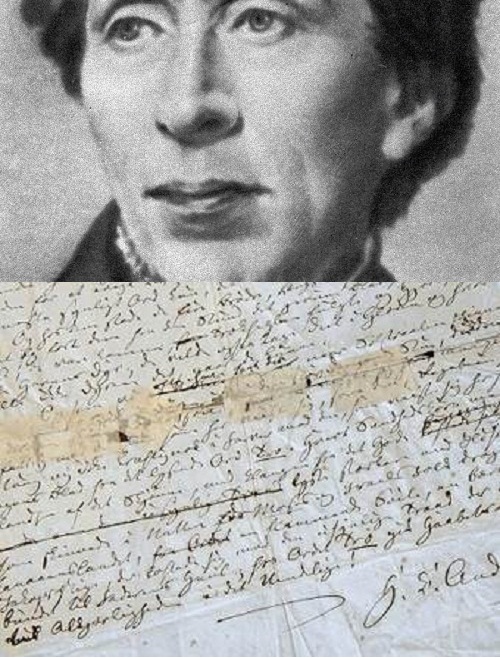 A very early fairy tale by Andersen has a title “The Tallow Candle” (Danish: Tællelyset). Discovered in a Danish archive in October 2012 story was about a candle who did not feel appreciated. Andersen wrote it while he was still in school and dedicated to a benefactor, in whose family’s possession it remained. In fact, it was among other family papers in a suitcase in a local archive.

Hans Christian Andersen (1805-1875), Danish writer of tales for children. He traveled widely and wrote prolifically, but his fame based on the 168 tales he wrote between 1835 and 1872. Besides, many of them based on disguised autobiography. In particular, he felt an outsider in society and regretted his inability to form normal loving relationships. Among his best-known tales are ‘The Ugly Duckling’, ‘The Emperor’s New Clothes’, and ‘The Little Mermaid’.