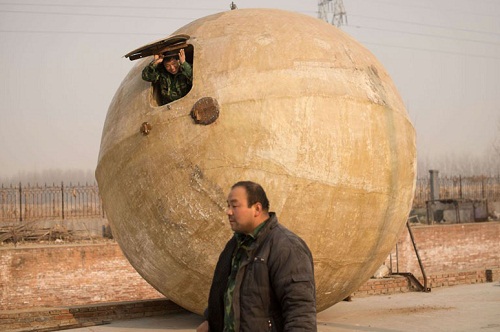 Chinese rescue balls to Apocalypsis
45 year-old Liu Qiyuan, a Chinese farmer from Hebei province designed and built rescue spherical modules dedicated to the approaching end of the world. He sealed each ball, equipped with a supply of oxygen in cylinders, belts and spot for 14 people. To date, seven balls are ready. As people across the globe tremble in anticipation of next week’s supposed Mayan-predicted apocalypse, one Chinese villager says he may have just what humanity needs: tsunami-proof survival pods. Camouflage-clad former farmer and furniture maker Liu Qiyuan inspected his latest creation. In fact, it is a sphere several meters tall, and he calls it “Noah’s Ark”. Besides, the designed construction is able to withstand towering tsunamis and devastating earthquakes. 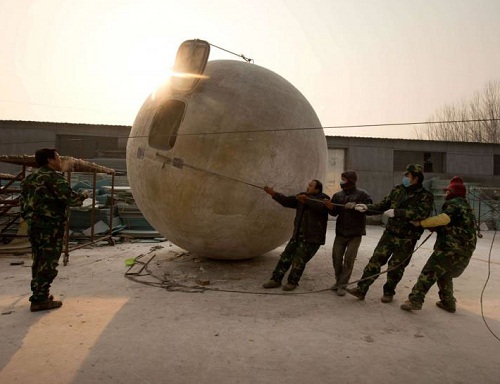 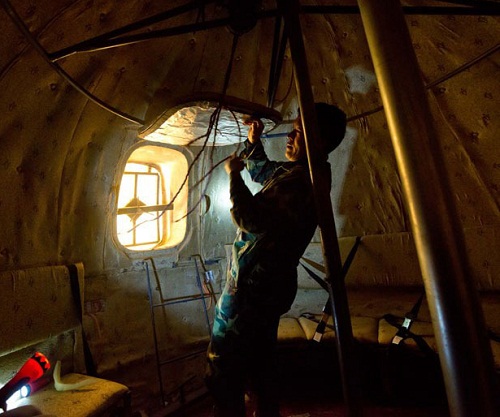 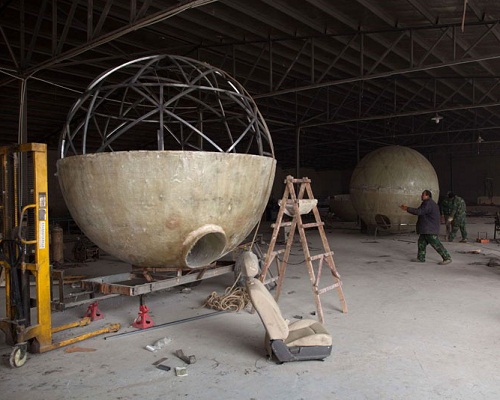 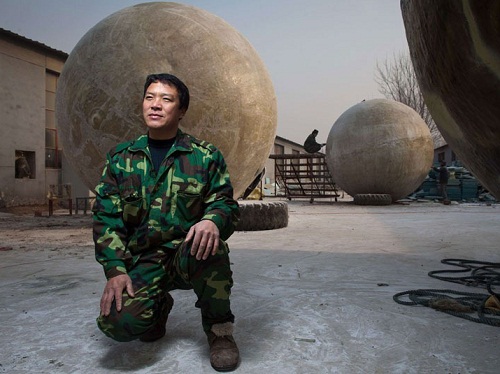 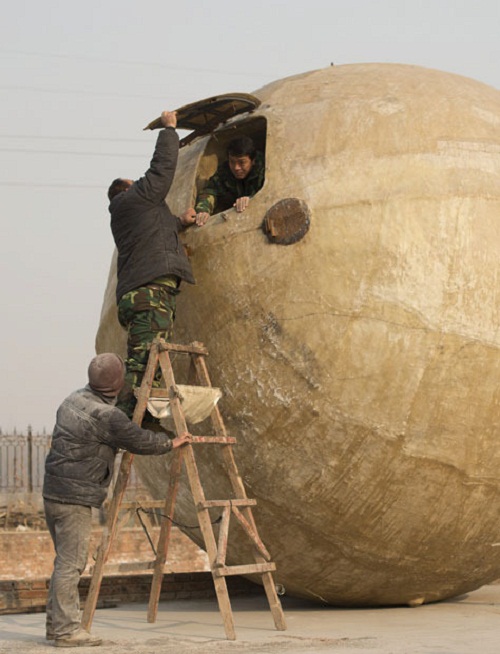 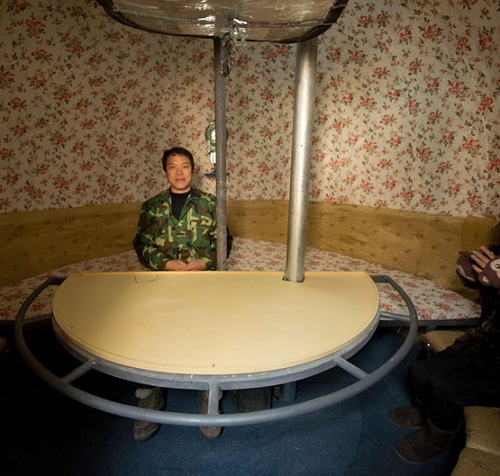 According to the picture, it’s quite comfortable inside it. Apocalypse Balls: Chinese invention to defend against doomsday