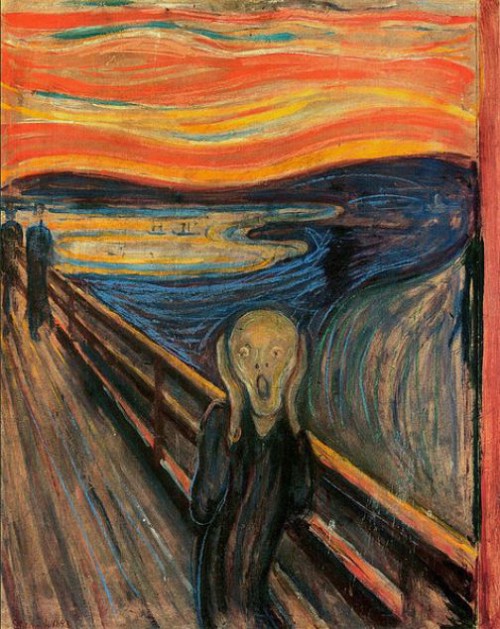 Inspired by Edvard Munch’s Scream
In fact, The Scream is a series of Expressionist paintings and prints created by Norwegian artist Edvard Munch between 1893 and 1910. It is showing an agonized figure against a red sky. The landscape in the background is the Oslofjord, viewed from Ekeberg, Oslo. Noteworthy, in the late twentieth century, The Scream acquired iconic status in popular culture. Widely considered the second most famous painting ever, it is one of very few works of modern art, instantly recognizable to a broad audience. Accordingly, The Scream has appeared in advertising, cartoons, such as The Simpsons, films and on TV. 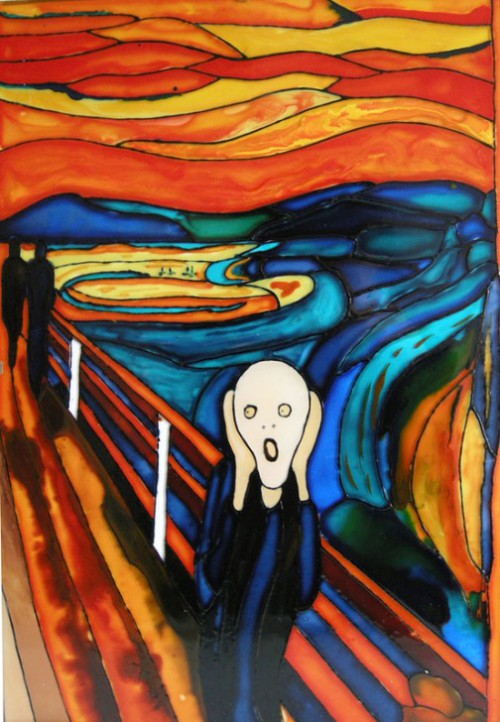 The scream made from stained glass

This stunning rendition is made from stained glass, breaking the painting up into smaller frames, and then coloring them to give them depth and vitality. The image exhibits an astonishing range of colors, moving from bright luminescent areas, to long, sinister shadows. 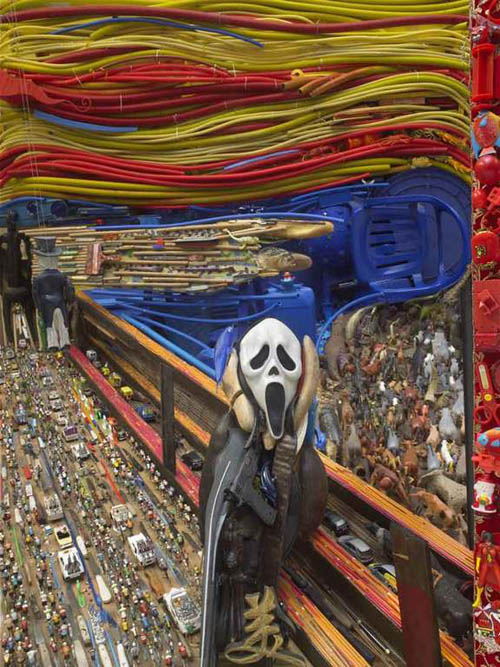 Bernard Pras reworks well-known pictures using huge quantities and varieties of objects. He positions them in his studio so that when viewed from a specific angle they produce a final, complete image, forming an exquisite reconstruction of the original “template.” 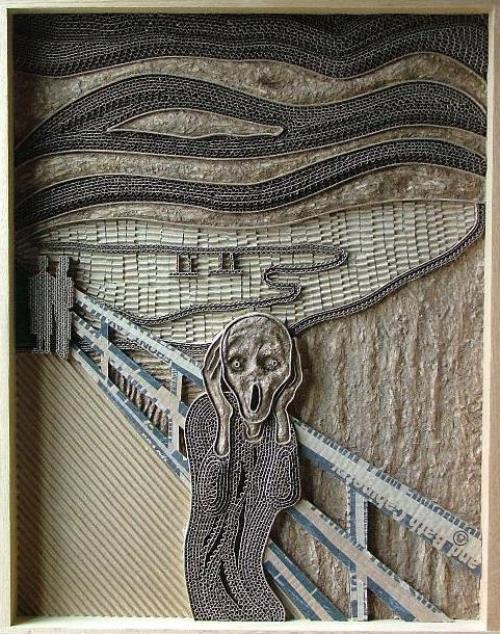 Cardboard box sculpture by Mark Langan. It’s natural that Mark Langan’s version of “The Scream” should be made out of finely worked cardboard — he is an artist who specializes in working with reclaimed packaging to create amazing three-dimensional sculptures. His green artwork can now be found in boardrooms across the country. 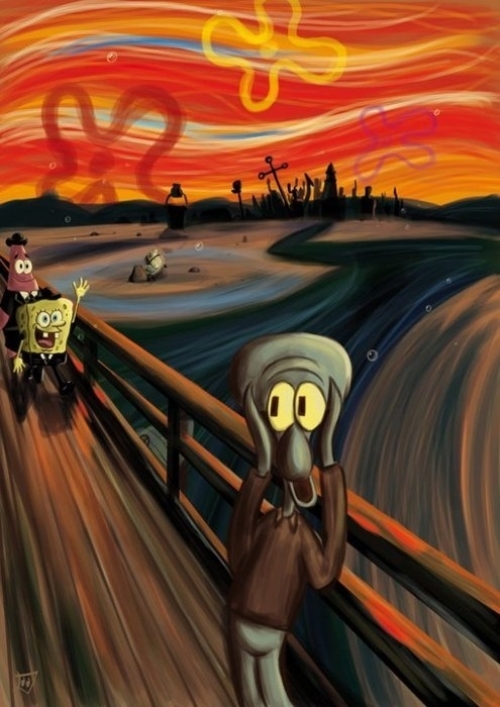 Escaping from Spongebob, Patrick and Squidward

Masterpiece brilliantly reconstructed using only tiny Lego bricks, emphasizing quite how versatile the toy building blocks can be 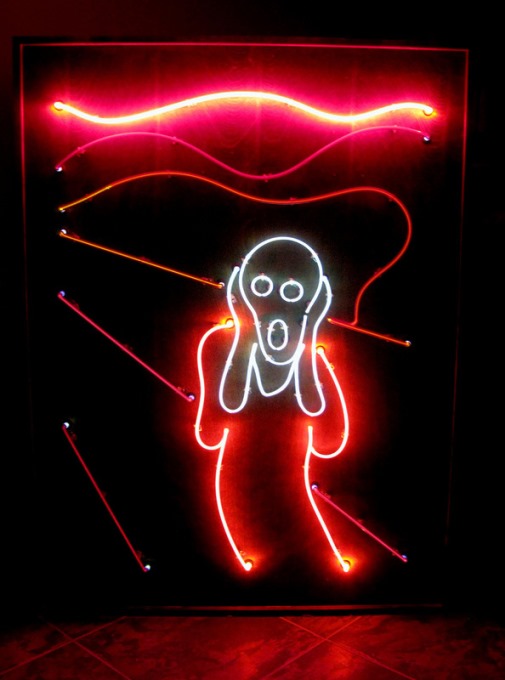 I Scream You Scream, was created by artist Cathy Cole in the early 1980s, in reaction to the city of Glendale, CA, enacting a law that prohibited the use of neon lighting 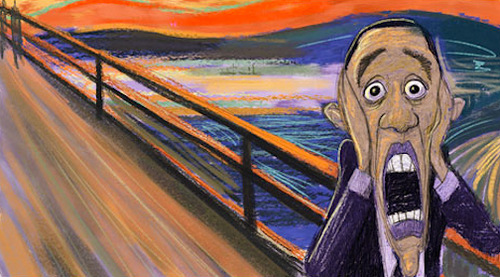 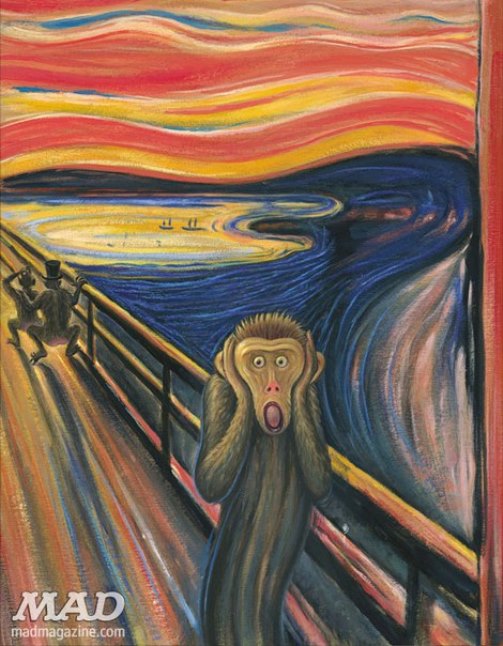 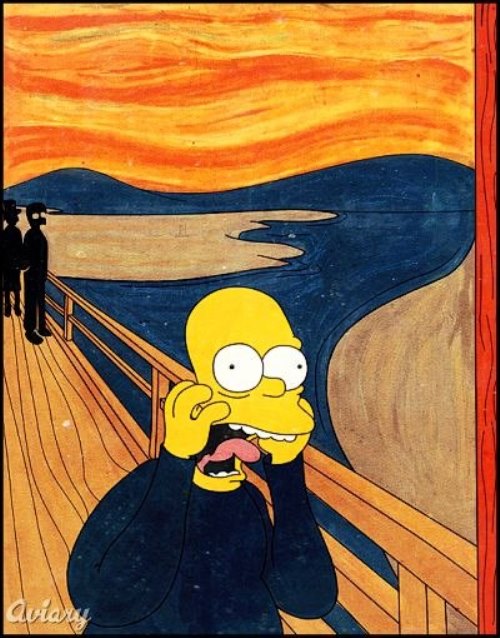 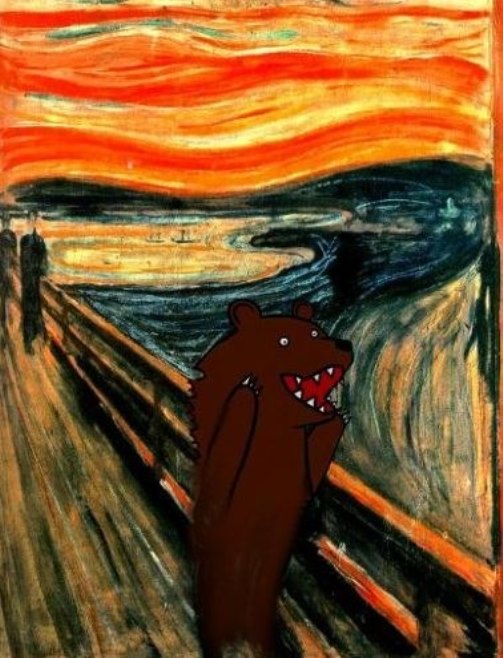 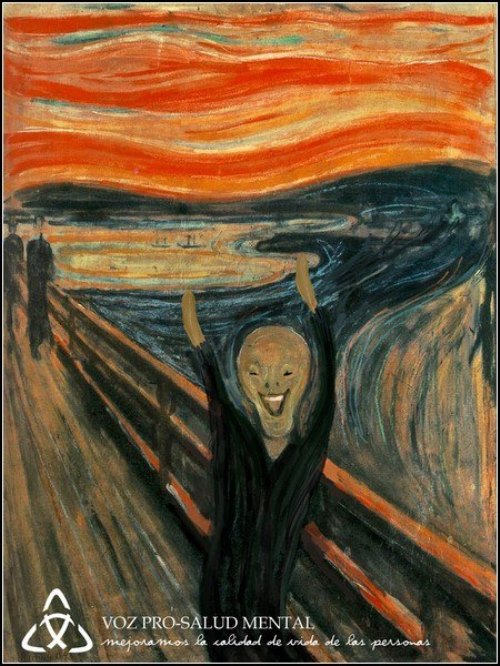 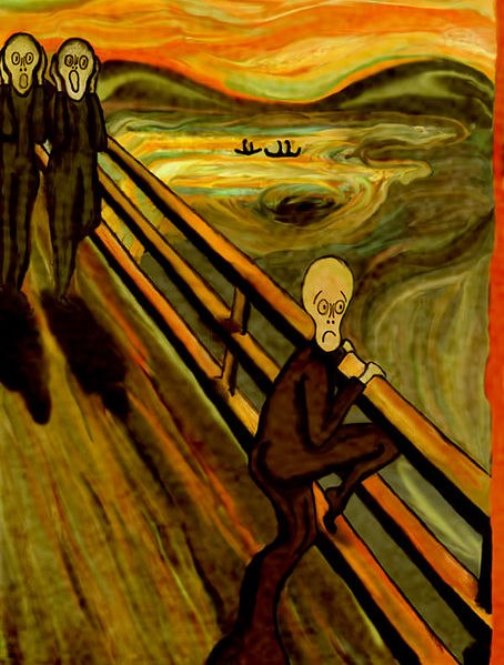 Trying to fall down from the bridge, Scream 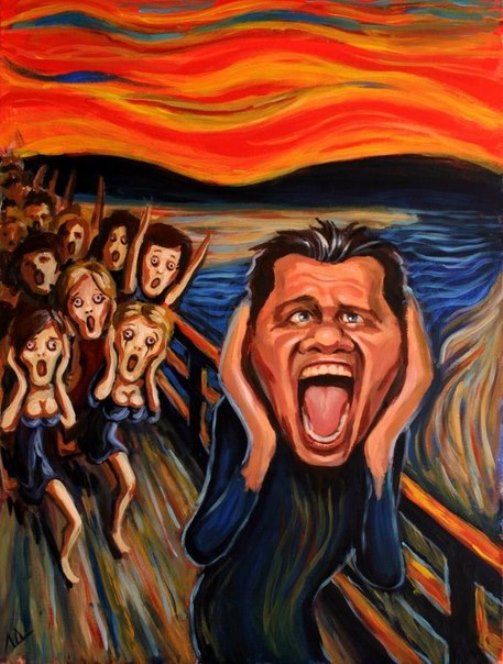 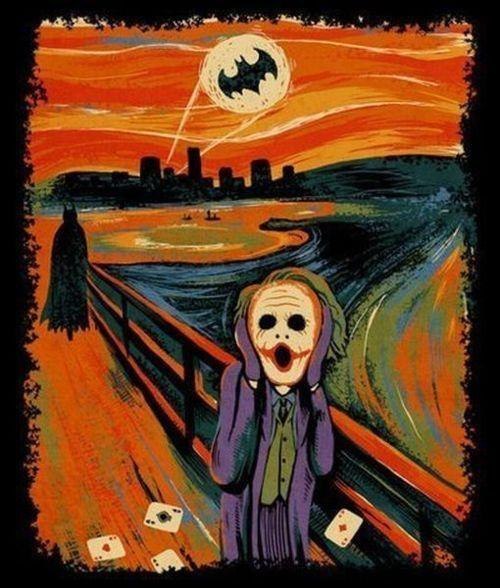 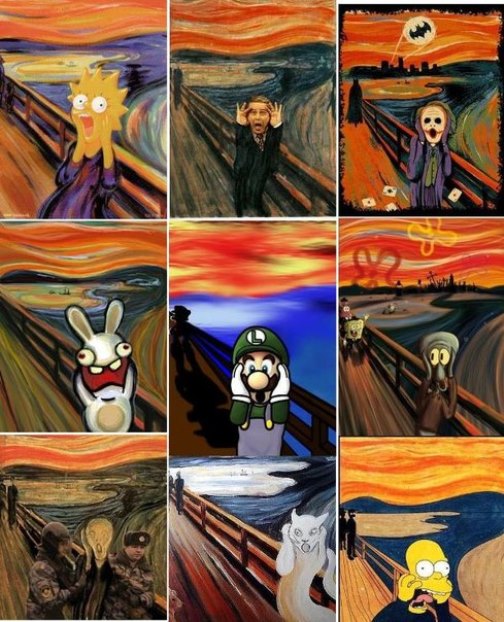 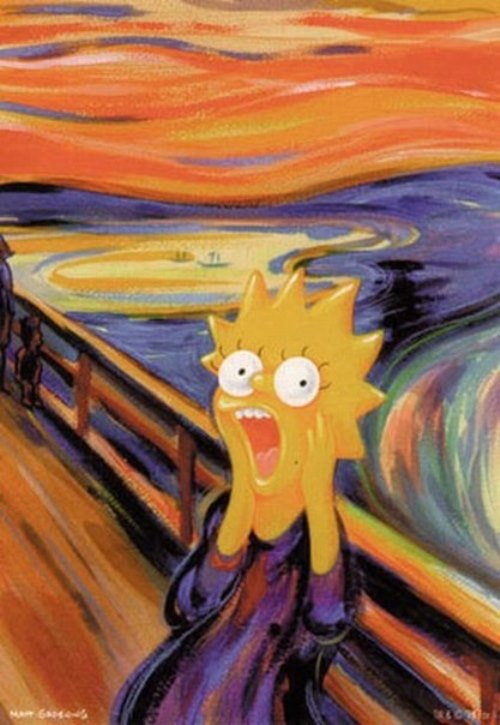