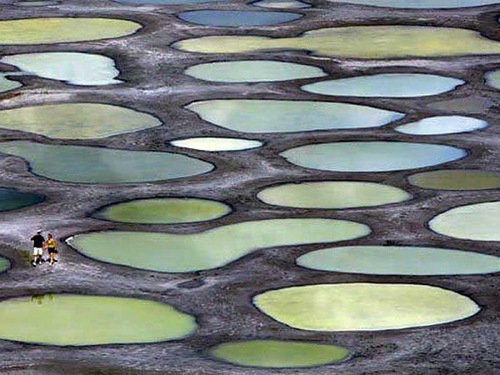 Khiluk Spotted Lake in Canada
Residents and tourists in British Columbia can observe a unique natural phenomenon, visiting the beautiful lake, which is called Khiluk, translated from the native language as “Spotted Lake.” The fact that the lake has high concentrations of various mineral salts, which are based on sulfur: sulphate of magnesium, calcium, sodium and other alkali metals. In addition, the lake has high content of several minerals, including gold and titanium. The lake, located in the Okanagan Valley, during the First World War was a source for the production of munitions. Mud and water of the lake itself has long been used by Indians as a medicinal material. The most colorful period in the life of the lake occurs in the summer when it dries up and falls into a lot of puddles in different colors. The color depends on the concentration of a mineral or metal. The lake is not allowed for swimming. 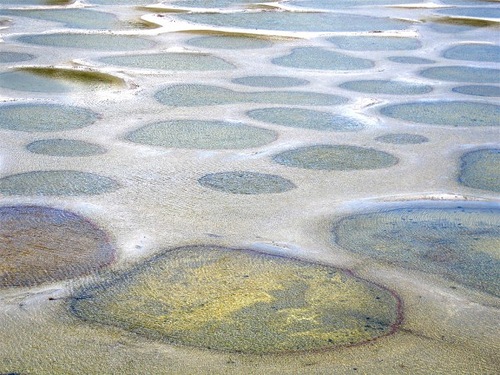 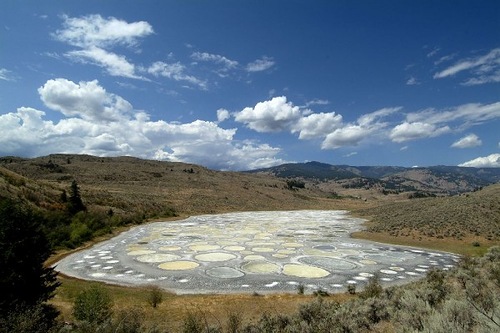 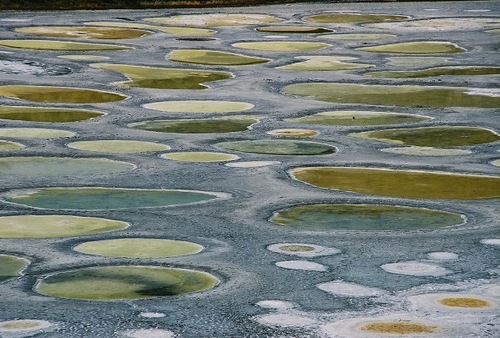 Wonderful spots of the lake 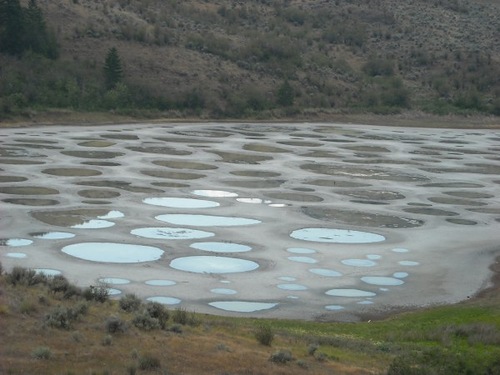 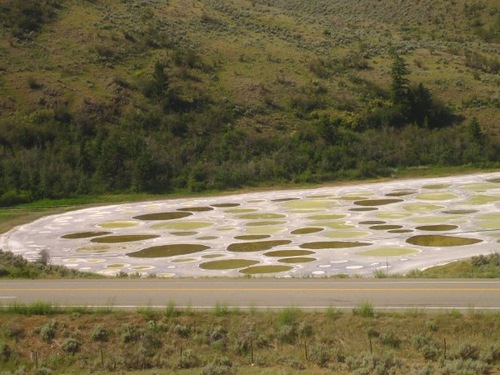 Resembling a palette of colors of an artist, named Nature 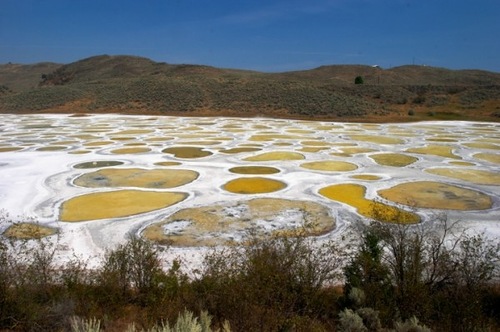 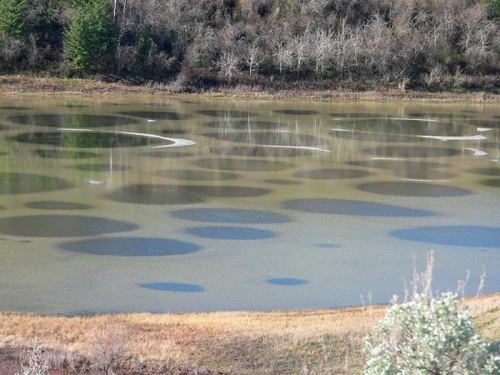 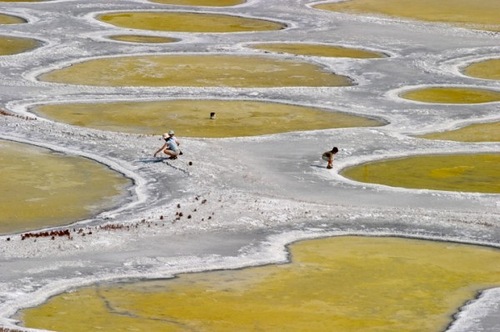 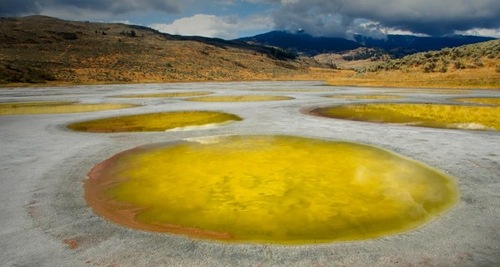 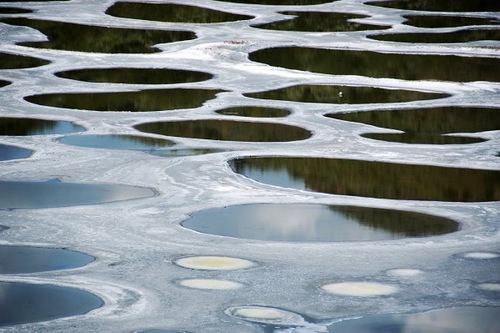 Large spots on the surface 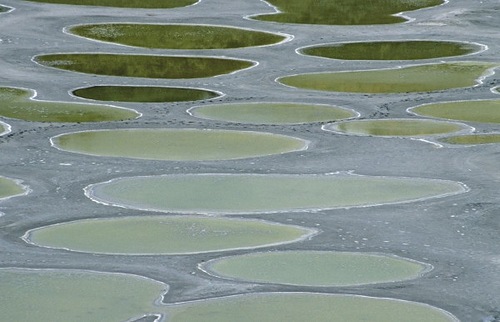 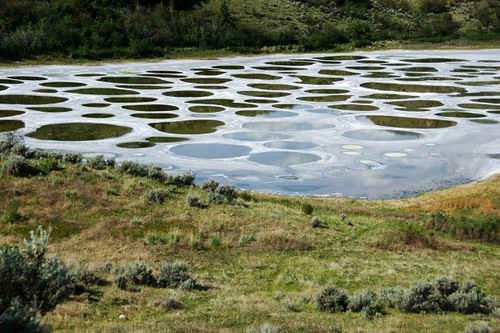 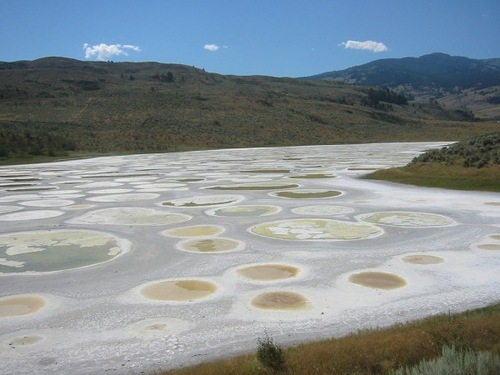 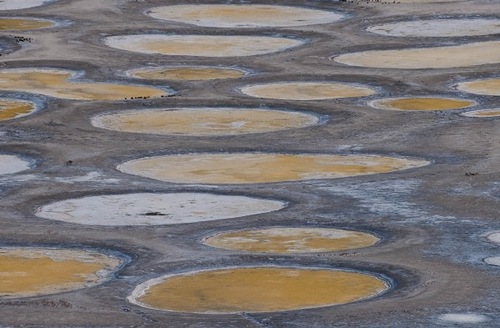 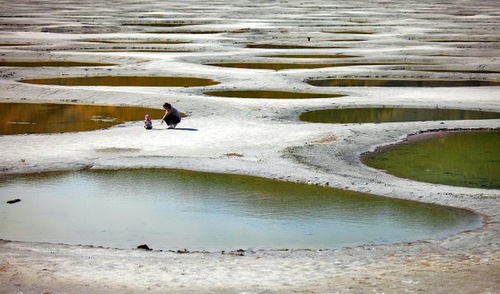