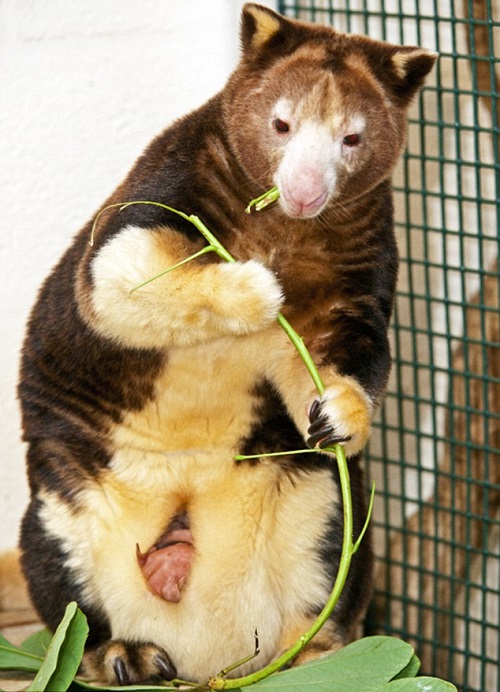 The rare baby tree kangaroo has been bred in captivity at Zoo Miami. It is the first baby for the three-year-old mother. Matschie tree kangaroo pandaroo

Matschie tree kangaroo pandaroo is a panda crossed with a kangaroo. The New Guinea 3-year-old tree pandaroo has just had a first baby of her own. The mother is from the Gladys Porter Zoo, Texas, and the 5-year-old father is from the Bronx Zoo, New York. The rare baby tree kangaroo has been bred in captivity at Zoo Miami. The endangered Matschie tree kangaroo, from New Guinea, was quickly reassured by its mother as she leaned forward to lick it. The hairless joey is confined to the pouch where it will continue to develop for several months before venturing away from its mother. 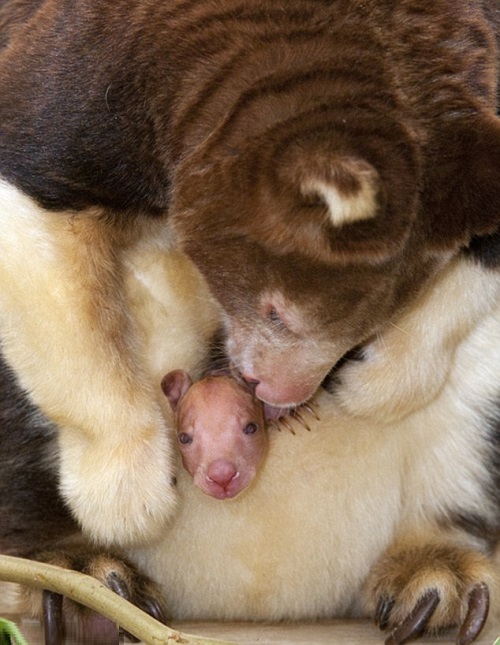 Though it is only just getting its first view of the world, this joey is believed to have been born around five months ago. As with most marsupials, tree kangaroos are born in an almost embryonic state after a pregnancy of about 44 days. The newborn is only the size of a jelly bean and slowly crawls into the mother’s pouch where it locks onto a nipple and then the majority of development takes place. 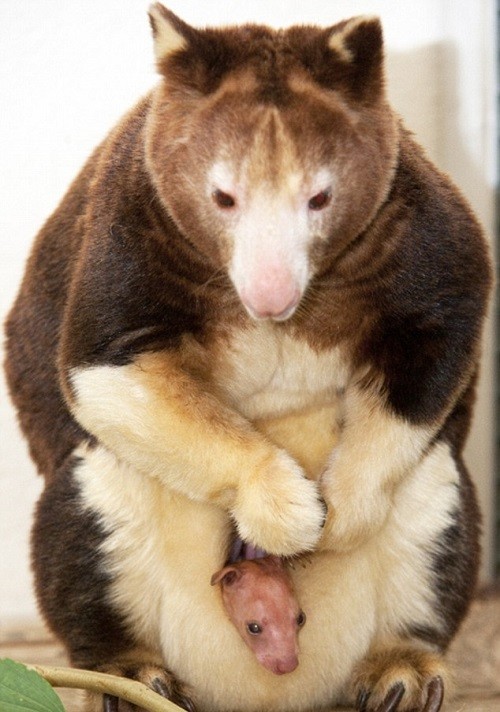 Even once it is big and strong enough to venture out from its mother’s pouch, the little joey will continue to clamber back in to rest and sleep and will not be totally weaned until it is around a year old. 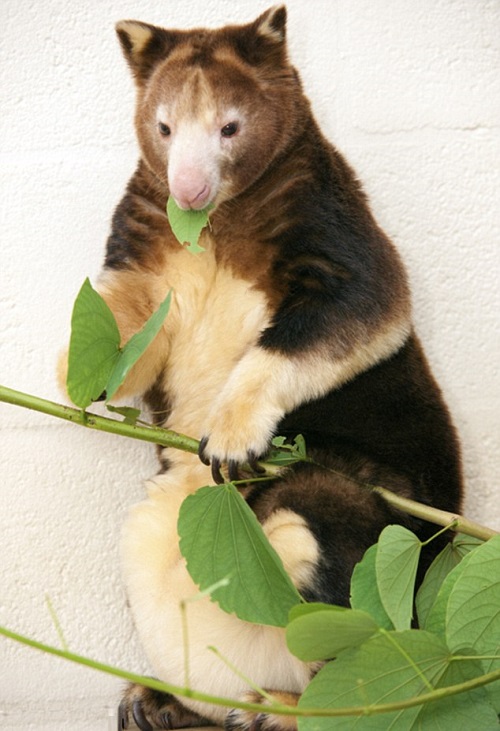 Matschie tree kangaroos live at high elevations in the Huon Peninsula of Papua New Guinea where they spend most of their time up in trees feeding on a variety of leaves, ferns, moss, and bark. They are believed to be solitary animals and the only strong social bond formed is between a mother and her offspring.