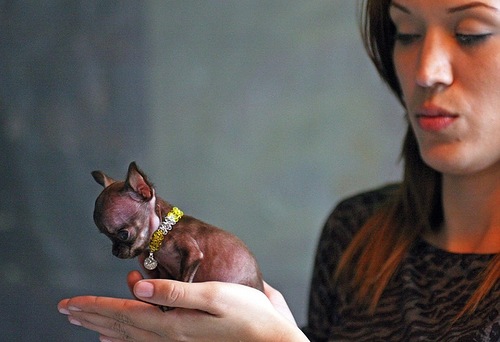 Micro mutt that fits in the palm of a hand and weighs less than a banana. Guinness Book smallest dog chihuahua Milly

Guinness Book smallest dog chihuahua Milly
Micro mutt that fits in the palm of a hand and weighs less than a banana – Guinness Book smallest dog Milly. Ready to be crowned the World’s smallest dog, Milly the Puerto Rican chihuahua is on the verge of something big. In particular, to be officially recognized as the most petite pooch on the planet. Meanwhile, the current record holder is Boo Boo (picture below), another chihuahua from the U.S state of Kentucky,. However, Milly, who lives with her Argentine owners hopes to punch above her 170g weight to earn her place in the Guinness Book of Records. 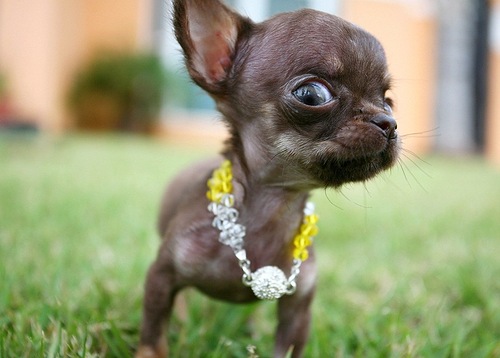 Interestingly, new born Milly received milk from an eyedropper because her mouth was too tiny. And dedicated to rearing chihuahuas in Puerto Rico Argentinian Vanessa Semler, her owner, constantly accompanies the animal. 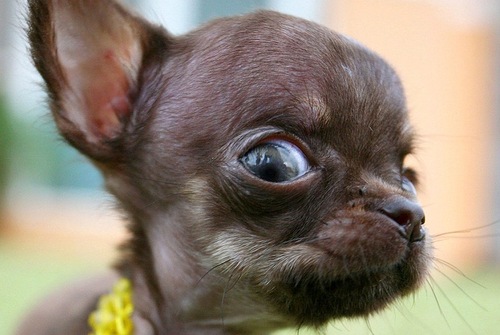 According to the family members, after the birth of Milly three months ago, they believed that Milly would grow. However, having maintained the same height of just 6.53cm for three weeks, they began to doubt. In addition, they began thinking that the pedigree pup might be able to knock Boo Boo from the top dog spot that she has held since February 2008.

The owners of Milly the chihuahua are going to present the dog to the Guinness Book of Records because they believe she is the smallest in the world
A judge from the Guinness Book of Records is due to travel to Puerto Rico in the coming months to clarify Milly’s size and measurements which will then be sent from the island to be officially confirmed.

Chihuahuas originated from the state of Mexico that carries same name and they usually reach a height of between 15cm and 25cm. 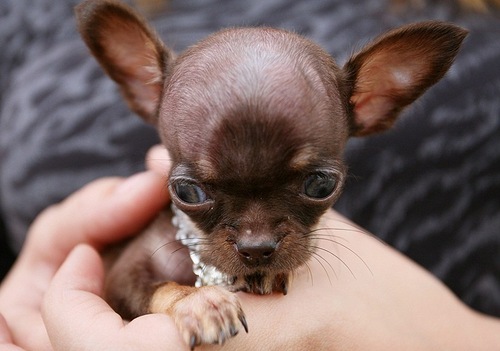 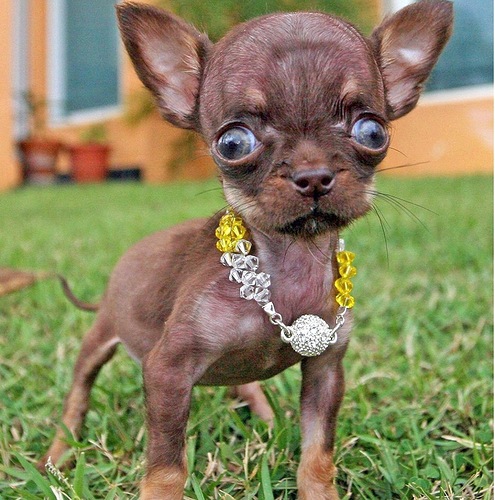 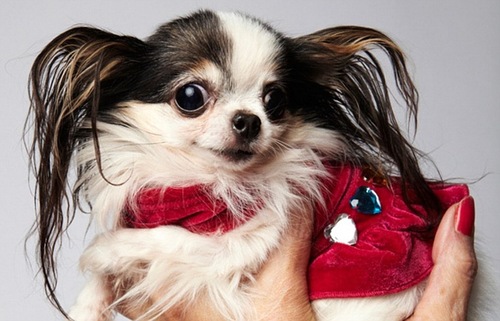 Boo Boo, a long-haired, female chihuahua is the current holder of the title of World’s Smallest Dog. She measures 10.16cm tall and is owned by Lana Elswick of Raceland, Kentucky