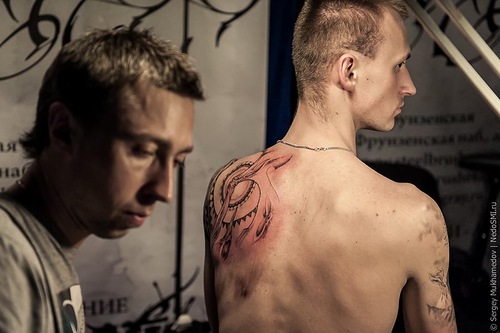 The 5th Moscow International Congress of tattooers took place May 18-20, in Arena Moscow club. This tattoo festival presented the art of tattooing, body modification, body-art, piercing and much more. Meanwhile, crowds of people attended the three day festival in Arena Moscow club, to say the least. Also, a special guest was Rick Jenest – Canadian male model, also known as Zombie Boy and Rico. His body, in particular, 80 percent covered with tattoos, mimics the human skeleton.
Organized and conducted by Kirill Danelia in 1995, the first festival took place in Moscow. Since then, the Moscow International Tattoo Convention, traditionally held in May and each year the number of participants is growing. Traditionally, the fans of this genre of art travel, learn, collect tattoos from the best masters of the world, including Russian artists. 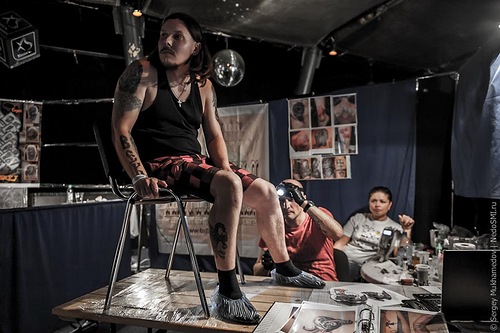 Girls at the Moscow International Congress of tattooers

The main idea of the International Tattoo Convention in Moscow is a unique opportunity for visitors to get a tattoo from the best foreign and local artists at the festival. In addition, get acquainted with different styles and trends in tattoo art, to choose their masters and discuss the future design of the tattoo.

Tattoos, in fact – a permanent form of body decoration. However, in the twentieth century, tattooing was a predominately male phenomenon, often accompanying activities considered traditionally male, such as military outings or gang events. Although there were tattoo-devotee subcultures, such as motorcycle gangs, the mainstream population didn’t consider it an ‘‘acceptable’’ form of adornment.

But at the end of the 1980s and early 1990s, tattooing experienced a resurgence as a part of the ‘‘Generation X’’ look. Youth, from the working and middle classes, appropriated tattoo markings to symbolize their youth culture. Arm-band and ankle tattoos replaced the older designs usually sported by military men, such as sailors, whose tattoos of mermaids and anchors were well-known during the earlier part of the century. 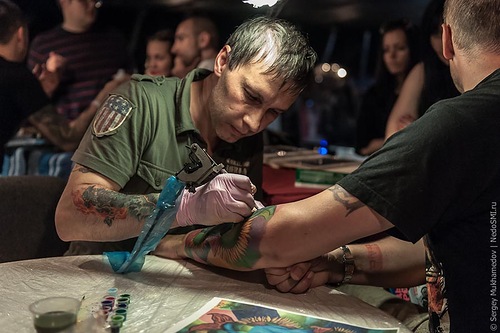 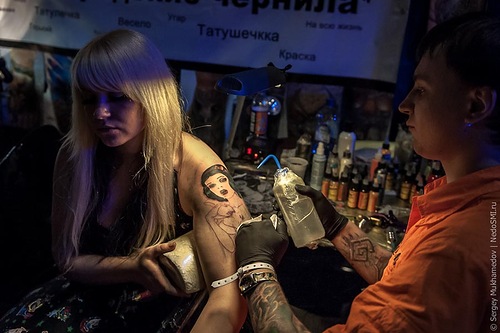 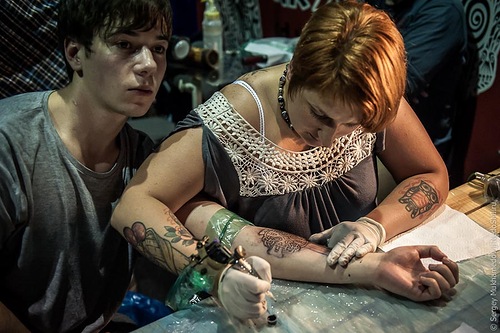 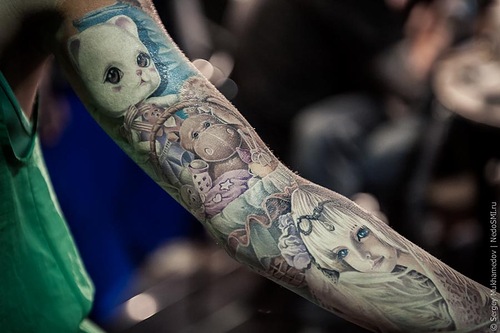 A hand tattooed with fantasy images 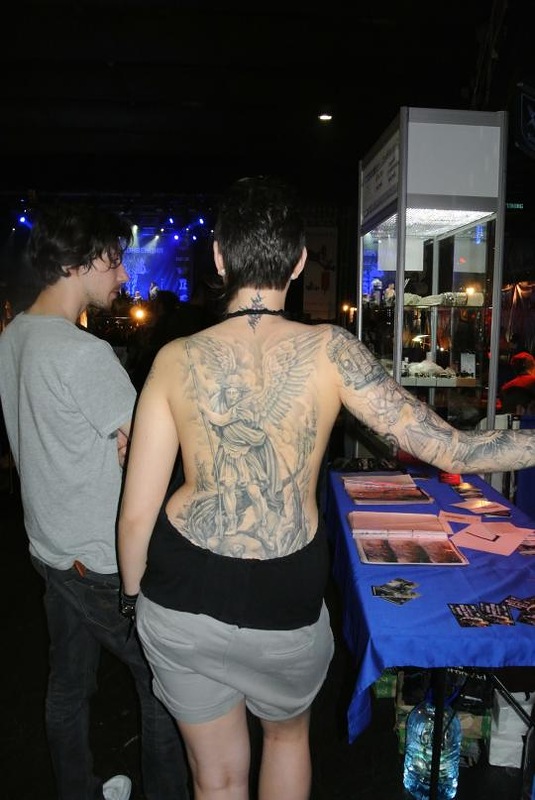 An angel – large tattoo image on the girl’s back 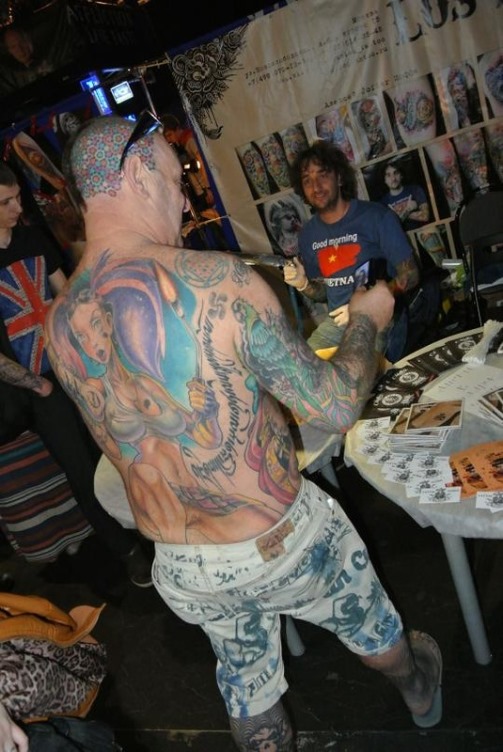 All the body covered with tattoo 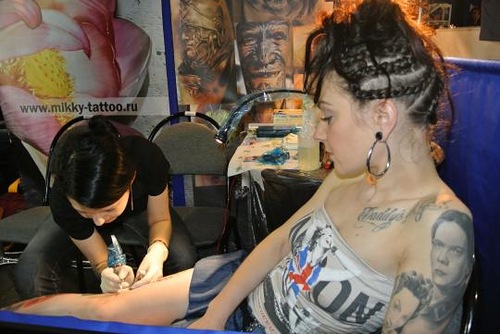 Making tattoo on the leg 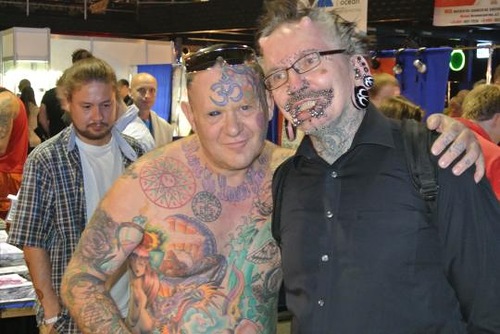 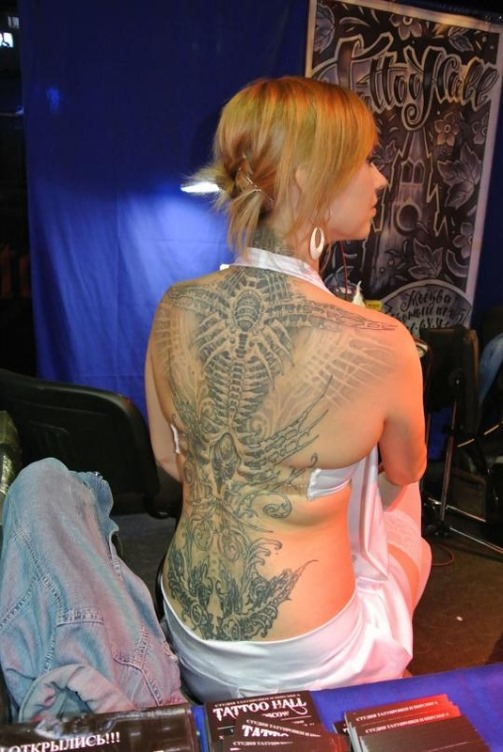 Gothic Tattoo on the back 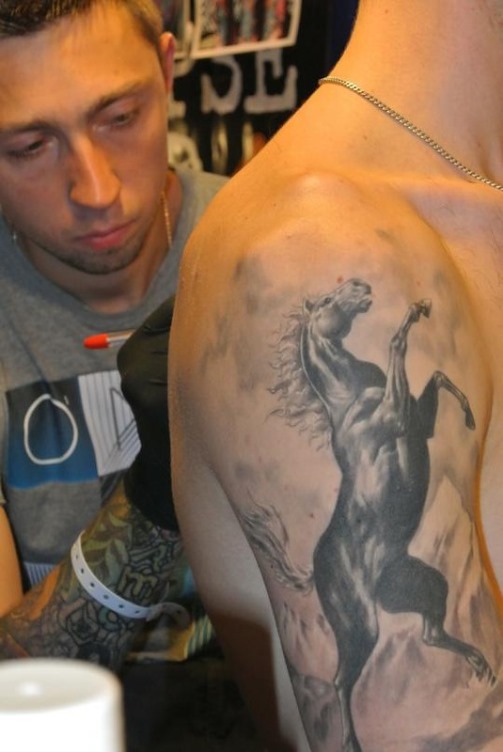 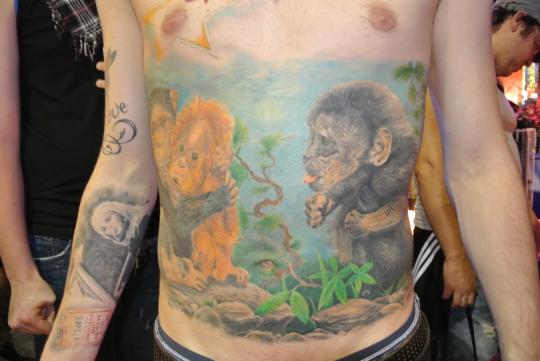 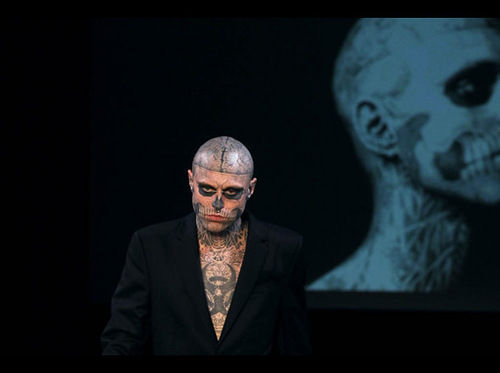 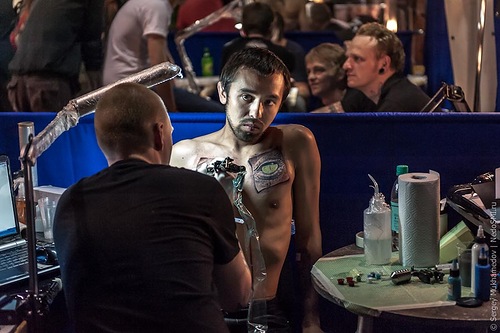 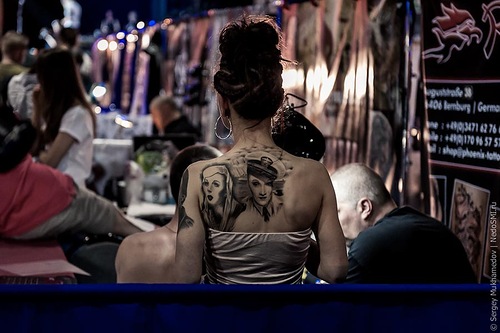 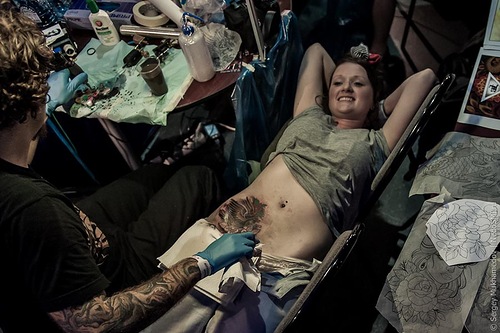 Happy to have a tattoo 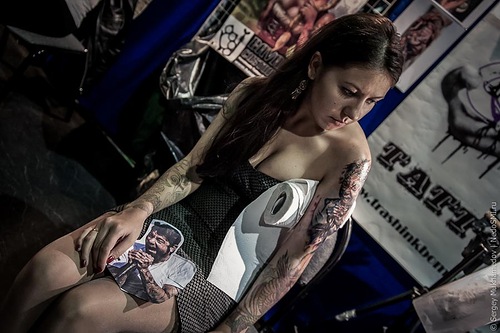 Once tattooed, one can’t stop 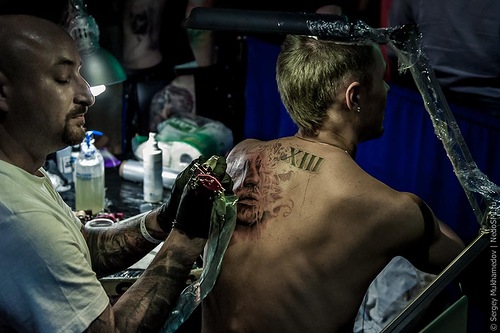 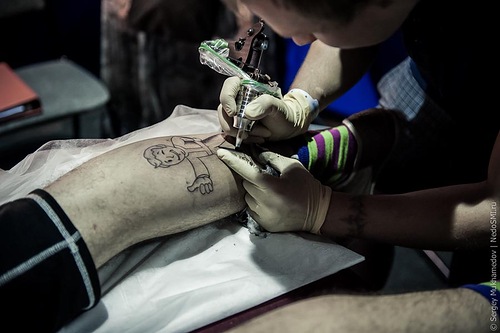 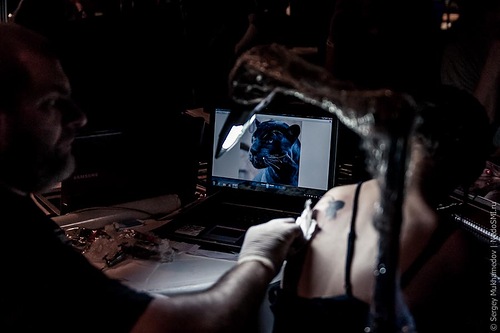