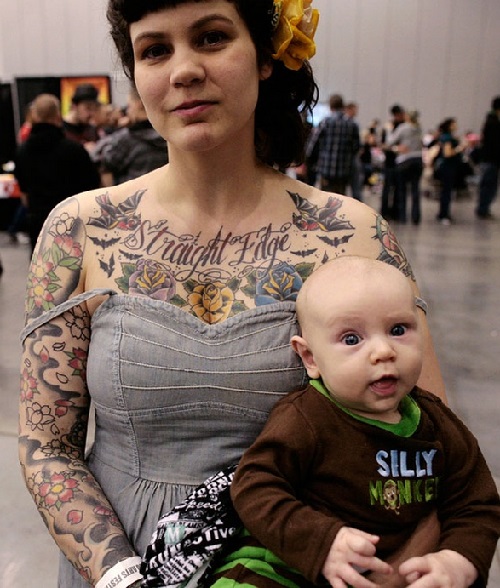 Participant of tattoo festival with her baby in her arms posing for a photograph, Hampton Roads, Virginia, USA (Reuters / Larry Downing). Tattoo fans all over the world

Tattoo fans all over the world
People decorate their bodies with tattoos for thousands of years. Tattoos can symbolize some important events in your life to be a part of rituals, camouflage scars or just because. Researchers can not say for sure exactly when man first struck picture on the skin. But it is known that the history of tattoos has at least 60,000 years. For some tribes of New Zealand, for example, a tattoo expresses everything: social status, wealth, kinship. For many African tribes, it was the unshakable image of the warrior. But what gives the tattoo now? For many people – they are art, fashion, style and expression of identity. 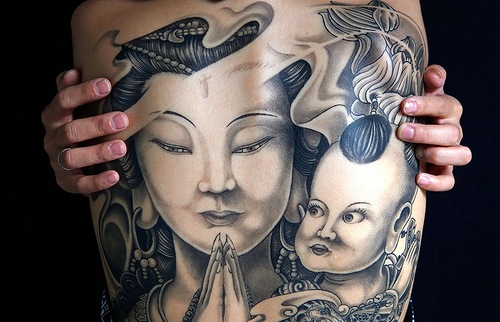 A girl shows a tattoo on her back during the International Congress of tattoo lovers in Taipei, Taiwan

Meanwhile, some images in the gallery show the brightest moments of the festival:
U.S. soldier Michelle Byrnes scans the fingers of a man using an automated biometric identification system while serving in Afghanistan. His neck is decorated with a tattoo with the word faith.

Derek Chambers from Belfast, Northern Ireland, on board the ship ‘Balmoral’ shows off his tattoo of the famous ‘Titanic’ during the memorable cruise in the Atlantic Ocean, April 12, 2012. One hundred years later, “Balmoral” made a trip to a failed route “Titanic”, completing the route in New York.

62-year-old Robert Seibert of Burlington, Ky., shows his body completely covered with tattoos in tribal style, which he did for 40 years, the Congress of the National Association of tattoos, Cincinnati, Ohio, USA. “I’m one of those who do not have a favorite tattoo. Each tattoo on my body I have experienced events symbolize a lifetime “.

A man with a tattoo on the back of the head is involved in the ‘March of Millions’, Moscow, Russia. Thousands of people marched through the agreed route to the City Hall of the Pushkin monument to Sakharov Avenue, where the meeting took place.

Nakonpatom, Thailand based man shows his tattoo. Thousands of worshipers gather in the local monastery at the annual festival of tattoo to pay tribute to tattoo artists. People think that tattoos have mystical powers to protect them from harm and misery. 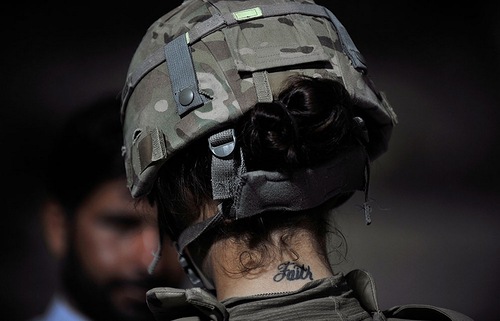 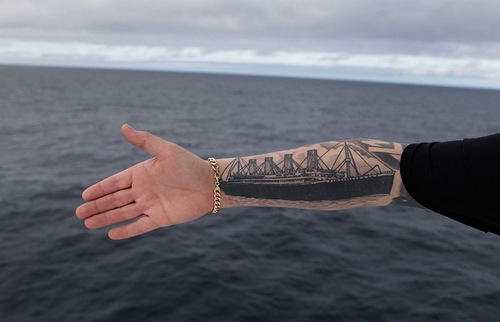 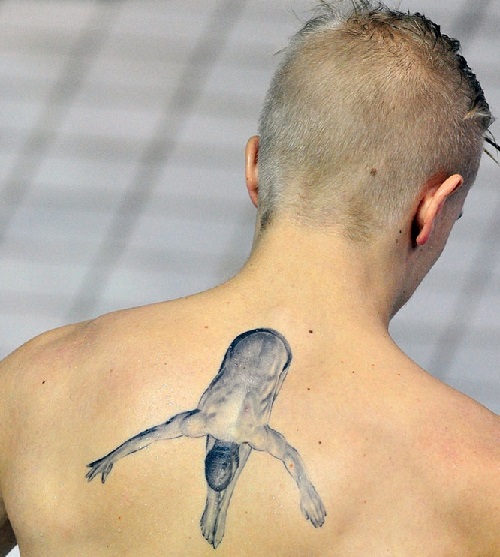 Jesper Tolvers from Sweden with a symbolic tattoo on his back getting ready to compete for the jump with a 3-meter springboard men’s World Cup FINA in the Olympic water sports center in London, UK 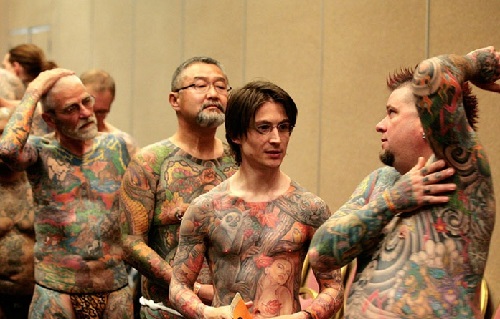 Jeff Bitting (far right) from Florida, said backstage about his tattoos, the other members of the Congress of the National Association of tattoos in Cincinnati, Ohio, USA 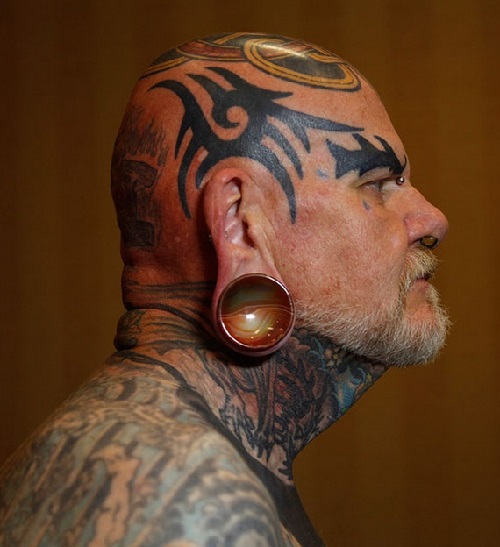 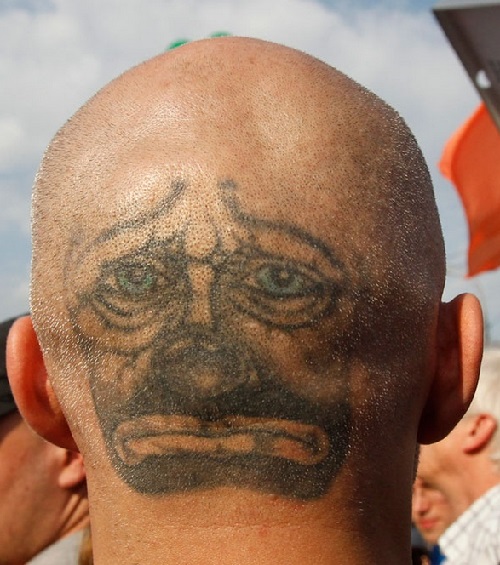 A man with a tattoo on the back of the head is involved in the ‘March of Millions’, Moscow, Russia 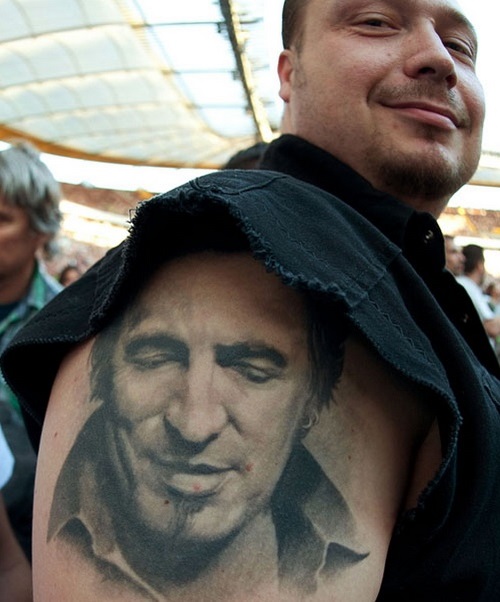 A fan of Bruce Springsteen shows his tattoo during a concert at the “Commerzbank Arena” in Frankfurt, Germany 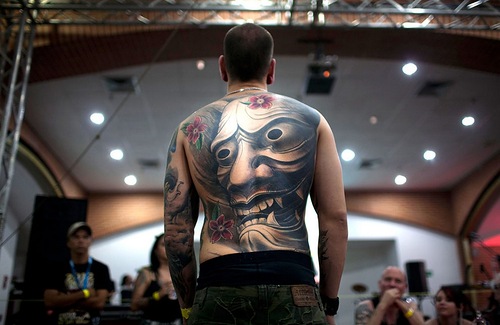 A man shows his art at the exhibition of Tattoo in Caracas, Venezuela 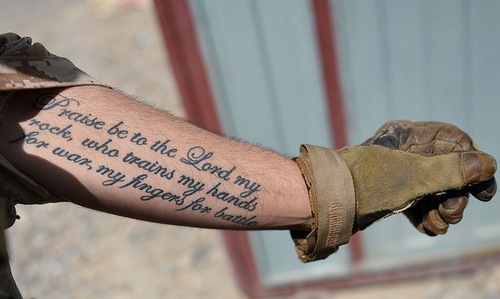 U.S. Marine shows his tattoo during a patrol in the Garmsere, Afghanistan. It reads: “Blessed be the Lord, who teaches my hands to fight and my fingers to fight” Psalm 144:1 David 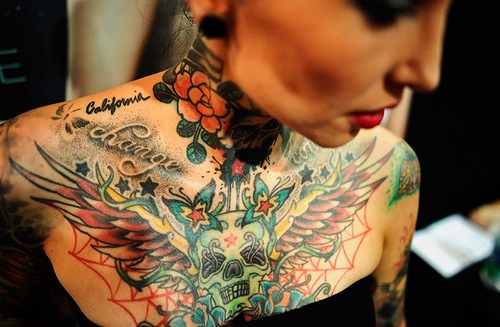 A participant of congress of tattoo enthusiasts in Dortmund, Germany 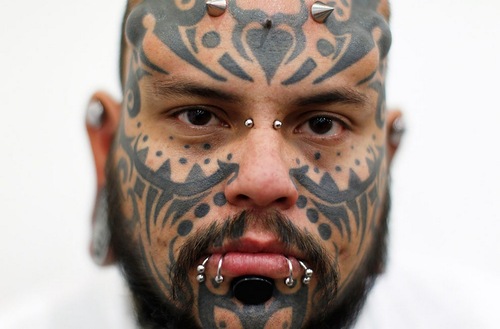 Emilio Gonzalez during the exhibition of tattoos in Caracas, Venezuela 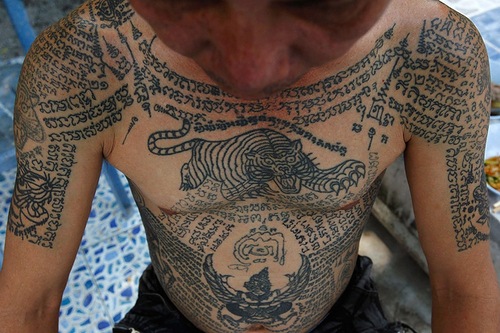 A man from the provinces Nakonpatom, Thailand, shows his tattoo 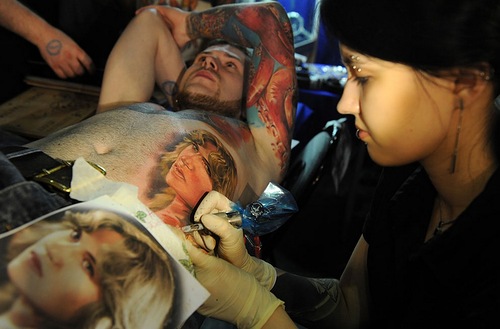 The girl makes a tattoo to the visitor at the International Congress of tattoo artists in Moscow, Russia 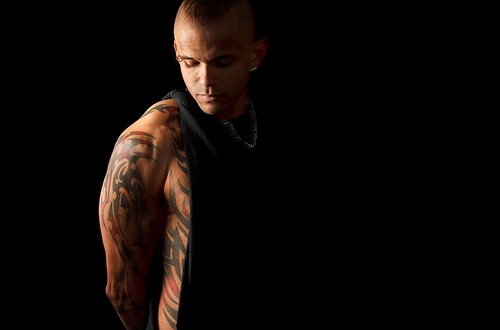 29-year-old Christian Ellis, a former Marine, in his apartment in Denver, Colorado, USA. Each coil of red on his tattoos symbolizes the deceased friend or army comrade 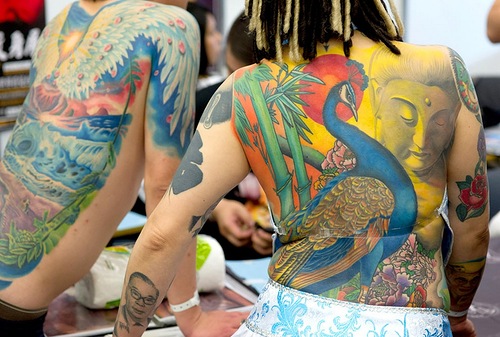 The girls show off their tattoos at the International Congress of tattoo fans in Frankfurt am Main, Germany 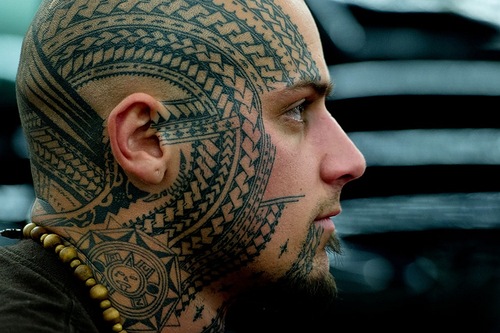 A man from New Zealand with a tattoo in the form of the traditional pattern of Maori at the International Congress of tattoo enthusiasts Frankfurt am Main, Germany 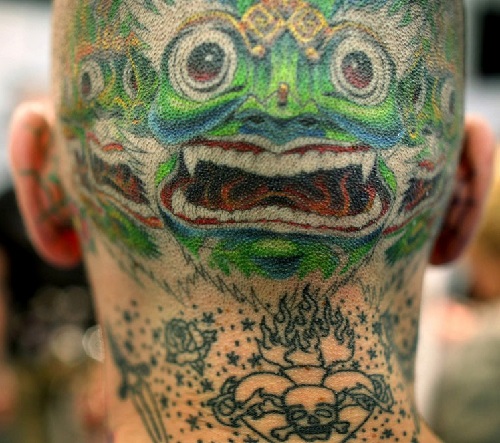 A man from Budapest, Hungary, participated in the International Congress of tattoo lovers in Frankfurt, Germany 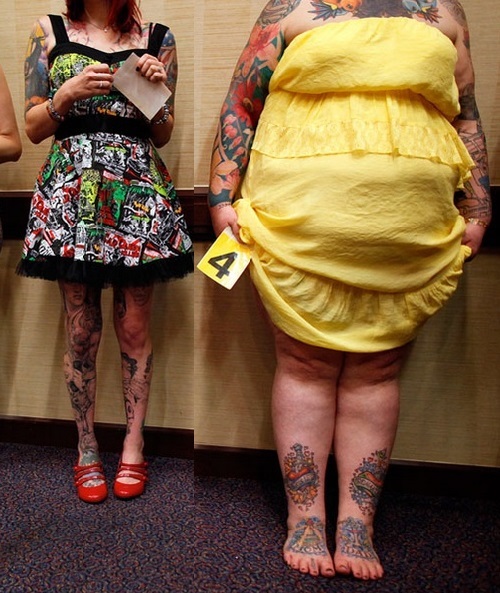 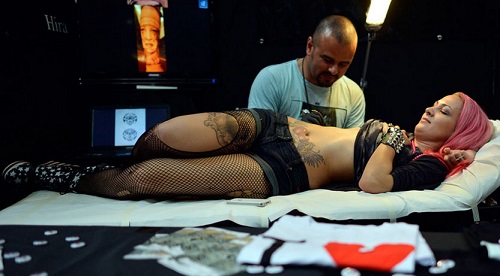