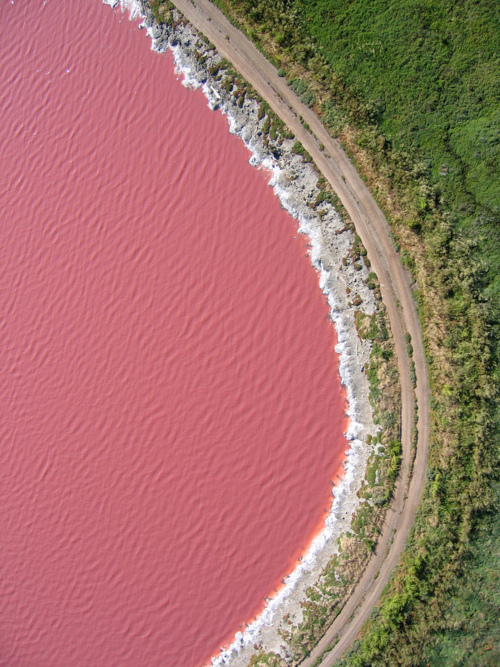 Multicolored salt evaporation ponds
Located in San Francisco Bay 30 miles west of Moab, Utah, these multicolored salt evaporation ponds have become a paradise for photographers. Beautiful ponds are commonly separated by levees. Water in these ponds is brine which is taken from sea to produce salt. Ponds have different colors to indicate the salinity of each pond. These colors are especially interesting to airplane passengers or astronauts passing above due to their somewhat artistic formations of shape and color. 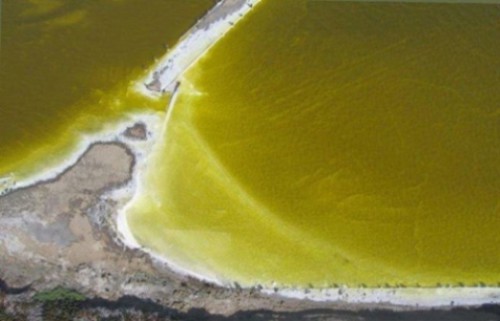 Meanwhile, the fruits of human activities sometimes look just fascinating. In the barren rocky desert on the banks of the Colorado River 30 miles west of Moab, Utah, like oases shine turquoise potash artificial ponds. Built by Intrepid Potash, Inc., the largest US producer of potash salt. Unlike other salt ponds, in which water has a natural reddish hue imparted by certain species of algae blooms, the water in the tanks of Intrepid Potash is bright blue. 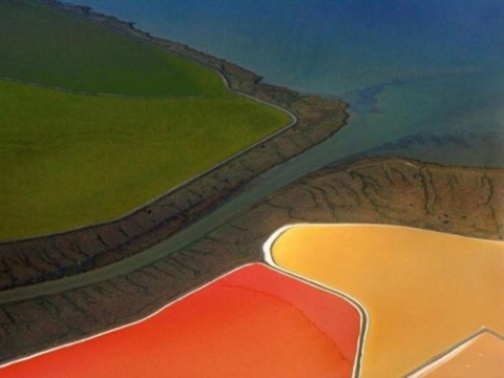 The water in the tanks – colored artificially for better absorption of sunlight and, as a consequence, as soon as possible evaporation. The area of ponds is 1.5 square kilometers. The walls of the reservoirs are rubberized so that salts do not infiltrate into the soil. When water is vaporized at the bottom of the tanks are crystals of potassium and other salts. The evaporation process usually lasts about 300 days.

The precipitated salt and potash is then removed from the pond and transported to a processing facility – called a flotation plant – where the potash is separated from the salt and refined for sale.

Intrepid Potash evaporation ponds have very large surface areas that are designed to efficiently evaporate water by sunlight and exposure to the ambient temperatures. 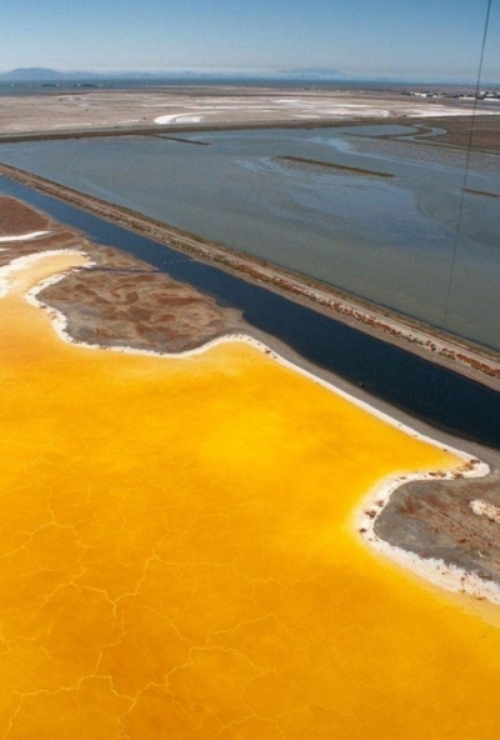 Orange ponds are reported to have the highest salinity 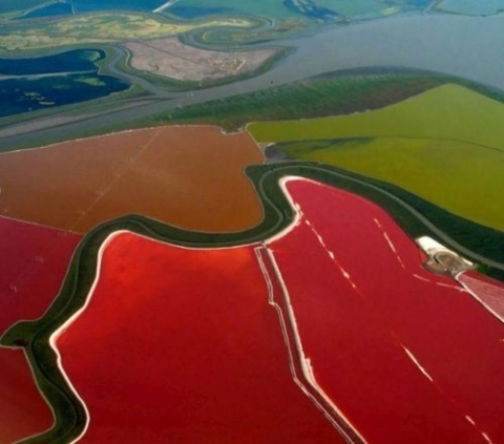 In addition to algae called Dunaliella Salina, they can use micro-organisms and other bacteria such as Stichococcus which can change their hues as the salinity of the pond increases 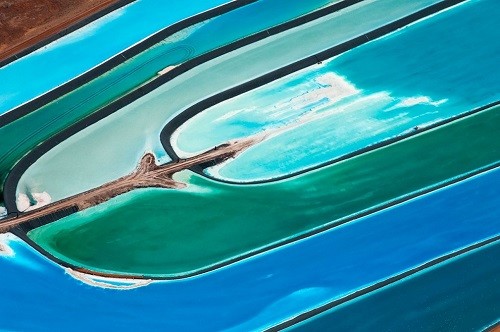 Potash evaporation ponds at the Intrepid mine near Moab, Utah 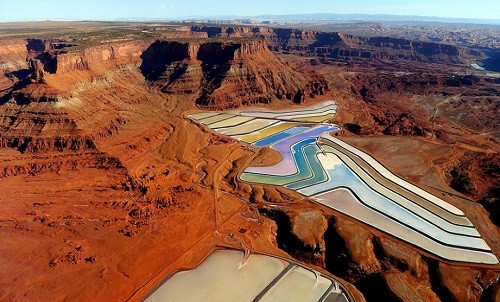 A view of the solar evaporation ponds at the Moab, Utah Intrepid Potash facilities, operating since 1972 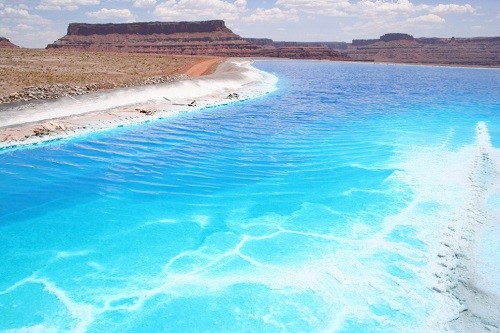 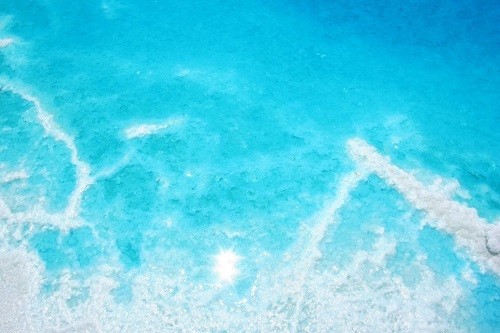 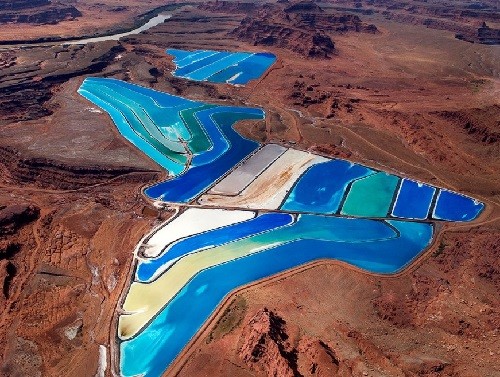 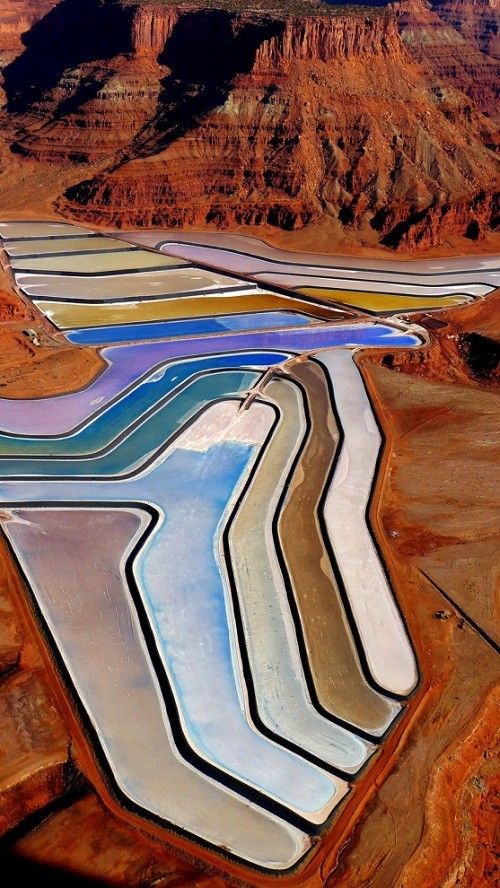 Evaporation ponds at the Intrepid mine near Moab, Utah 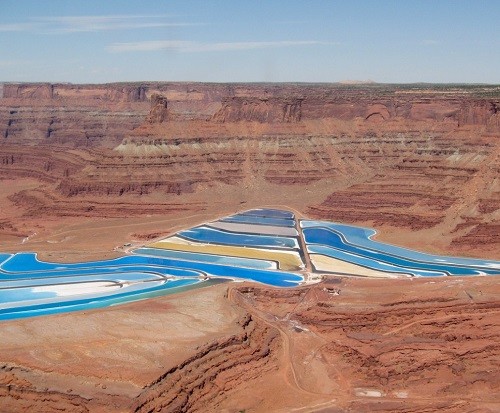