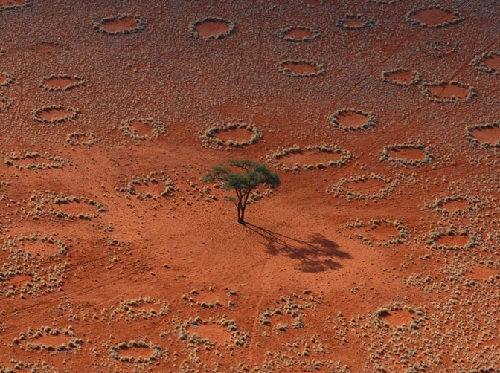 Mysterious circles of Namibian desert
In the meadows and pastures of South Africa there are thousands of sites round the bare earth, which are called “witches’ rings.” They range from 2 to 15 m in diameter and appear right in the middle of the grassy areas, mainly in Namibia. Although the same circles and are present in Angola and South Africa. Circles are about 160 km from the coast and stretching from Angola to 2,400 km. They can be found in remote areas of the earth, far away from human settlements. These circles have been studied since 1971, but so far scientists can not explain the reason for their occurrence. According to the beliefs of the people of the Himba, these circles – the work of a dragon that lives underground and releases fire bubbles to the surface, burning all vegetation and form a circle of bare earth. 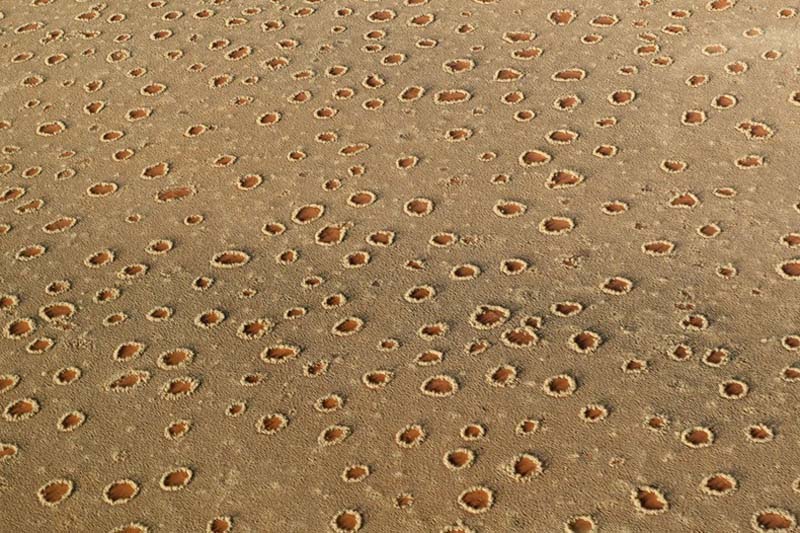 And someone said that the circles are due to ants, termites, radioactive soil or poisonous plants Damara euphorbia. German biologist Norbert Juergens from the University of Hamburg found that these circles is the result of sophisticated environmental engineering, in which he blames termites of species Psammotermes allocerus. The creatures have engineered the rings to maintain a supply of water in their environment, he tells Science magazine. These sand termites were found in 80-100% of the community and in all newly formed circles. It is the only insect that lives close to this phenomenon. 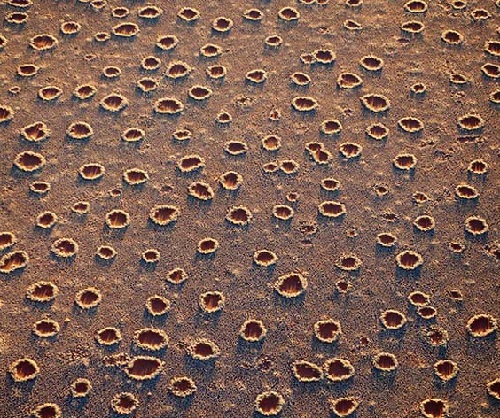 Termites create circles, devouring vegetation and burrowing into the ground. This creates a ring. Because the circle of bare ground water seeps through the sandy soil and goes underground, allowing the soil to remain moist even in the driest conditions. Grass grows on the edges of the circle because of the stored ground water, termites feed on vegetation, constantly increasing the size of the circle. This behavior of sandy termites have developed their own sources of food and water, creating a local ecosystem, similar to the one that creates around itself a beaver. 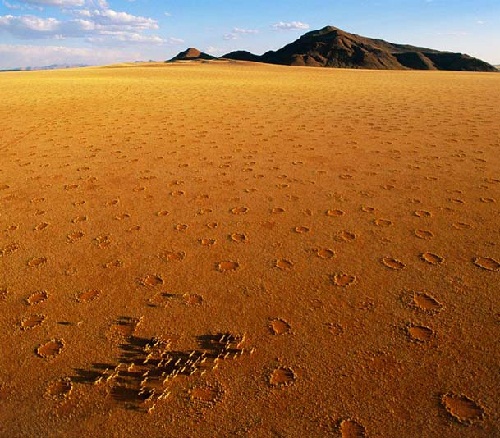 Natural phenomenon of the desert

Walter R. Tschinkel, a biologist at the University of Florida, rejects the theory of Jurgens. Previously, he was looking for these termites, but found nothing. Sandy termites are different from other species and live deep beneath the circle, they do not create termite nests on the ground and do not leave marks on the sand. So far, the debate over the causes of the rings has not stopped. But the Himba people are not interested in scientific research. For them, it’s simple: circles – “traces of the gods.” 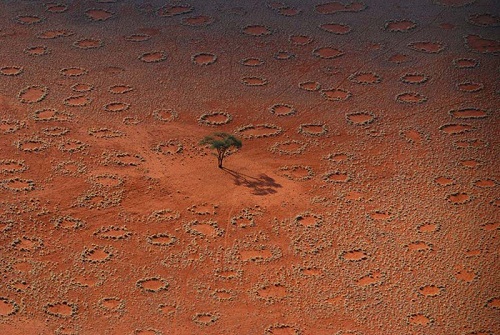 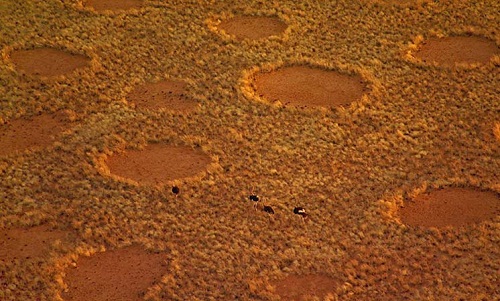 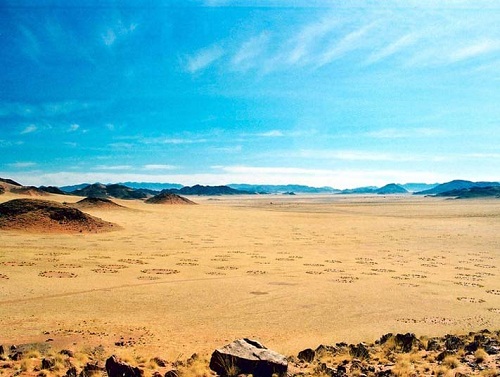 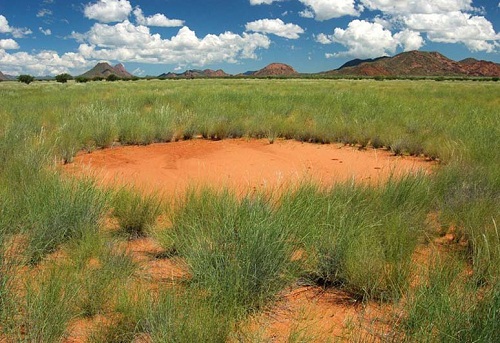 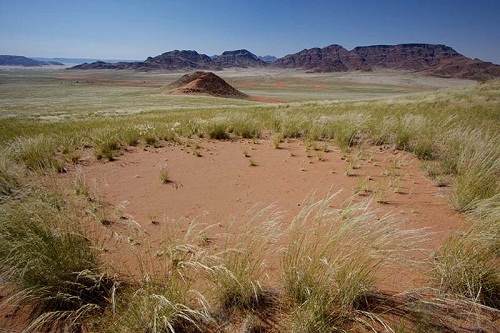 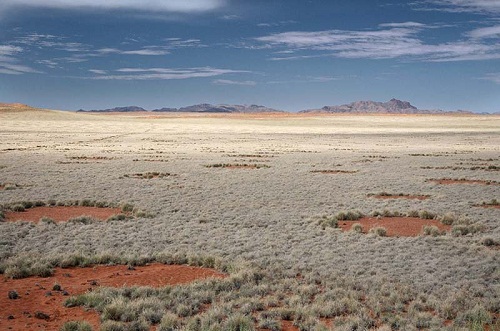 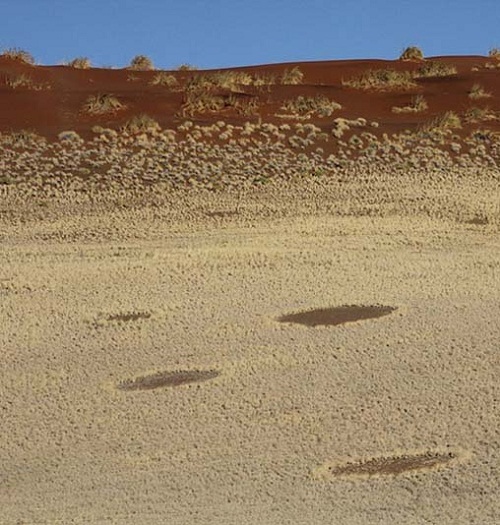