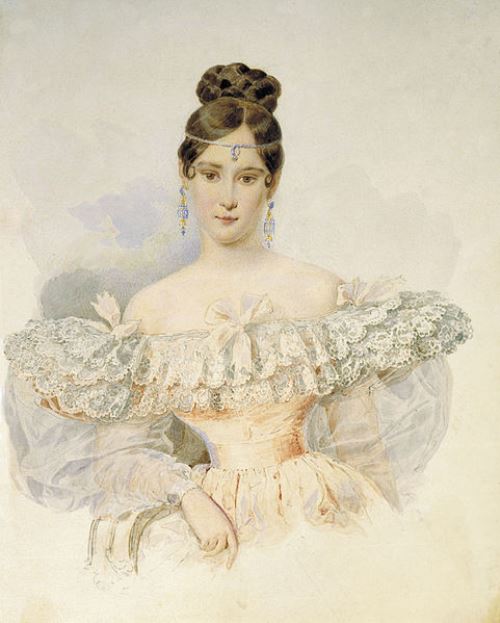 Natalia Goncharova wife of Pushkin
born 8 September 1812, Natalia Pushkina-Lanskaya spent her childhood in the Tambov region. Her family lived there in the village of Karian, during the occupation of Moscow by Napoleon army. When Natalia met Alexander Pushkin she was 16 years old, and she was one of the most beautiful girls Moscow. They met at the ball dancing, in December 1828. In a year he made a proposal to her. After some hesitations, Natalia accepted Pushkin’s proposal, and in April 1830, she became the the wife of the famous Russian poet Alexander Pushkin. She was the muse of the great poet until his death in 1837 of a duel with Georges d’Anths. 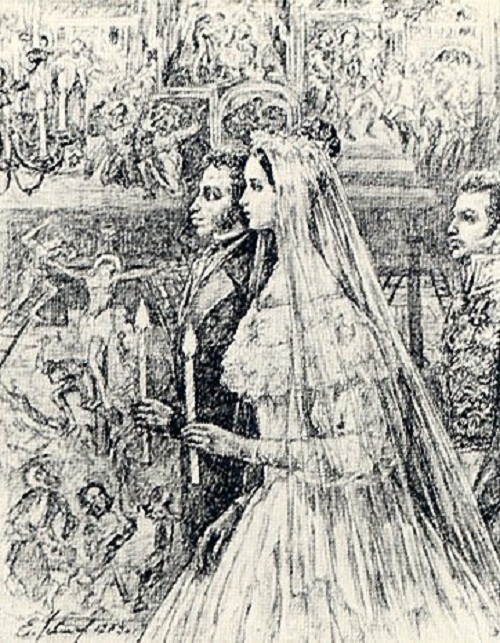 Marriage of Natalia and Alexander Pushkin

February 18 (March 2) 1831 was their church wedding in the Moscow temple of Great Ascension at Nikitsky Gate. According to sources, when exchanging rings, ring of Pushkin fell on the floor. In addition, his candle went out. They say, he turned pale and said: “All these – bad omens!”

“I’ve been married – and happy, my one desire, that nothing in my life has changed – better not wait. This state is so new to me that I think I was reborn” – the poet wrote to his friend Pletnev soon after the wedding. The just married settled in Moscow in the apartment, rented by the poet before the wedding. In mid- May 1831 the couple, on the initiative of Pushkin, moved to Tsarskoye Selo. The couple settled in the country for several months at the house of Kitaev, quite secluded, taking close friends and relatives. It is known that Natalia Pushkina helped with correspondence.

In July because of an epidemic cholera to Tsarskoye Selo moved the imperial family. In a letter to his grandfather Natalia says that chose for walks “the most solitary places”. But once she met the Emperor and his wife during her walk. Emperor and Empress stopped to talk to them, and the Empress had a nice talk with Natalia, she invited Natalia to visit her.

In the autumn of 1831 the Pushkins moved from Tsarskoye Selo to St. Petersburg and settled in the home of the widow Briskorn in the galley street. On the same street lived Natalia Nikolaevna’s elder brother Dmitri. Two other brothers also served in St. Petersburg.

Beauty of Pushkin’s wife impressed a secular society of Petersburg. Pushkin initially was proud of success of his wife. Contemporaries noted restraint, almost cold Natalia Nikolaevna, her taciturnity. Perhaps it was from her natural shyness and because of persistent, not always friendly public attention. According to writer Nicholas Raevski educated outside of St. Petersburg, she quickly got used to the society, but did not become a real fine lady. He noted that, as the wife of “the first poet of Russia”, a man who had not only friends but also enemies, their attention to Natalia’s beauty could humiliate Proud poet”.

In 1835 Natalya met a French immigrant Georges-Charles de Heeckeren d’Anthès and was involved in a society intrigue, which provoked rumors of an affair with d’Anthès. These resulted in in a duel between Pushkin and d’Anthès on January 27, 1837, in which Pushkin was mortally wounded. Commentators disagree about the propriety of Natalya’s behavior in this situation.

According to the decision, the emperor paid for the debts of Pushkin, provided a pension to the widow and daughters.

Winter 1844 Pushkina met Pyotr Petrovich Lansky, a friend of her brother Ivan. This spring, she was going to sea bathing in Revel amendments to the health of children. However, the trip was postponed because Natalia sprained foot, and in May Lansky made ​​her an offer to marry him.
Married with Lansky Natalia gave birth to three daughters. After her death Lansky took care of the grandchildren of his wife, two older children of Nataly from her first marriage. Children of Natalia Nikolaevna from both marriages maintained relations among themselves and later. 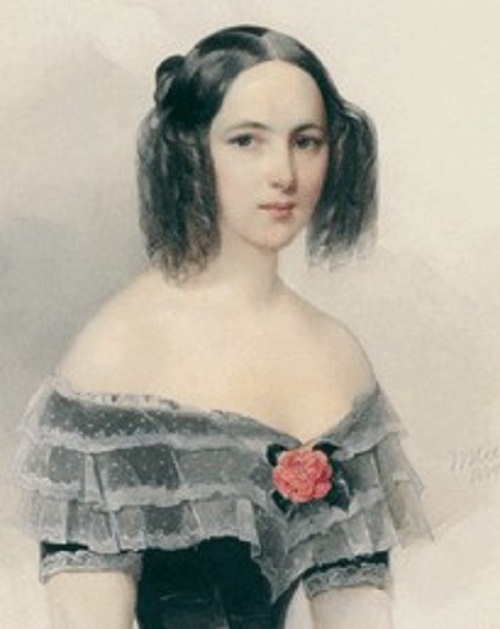 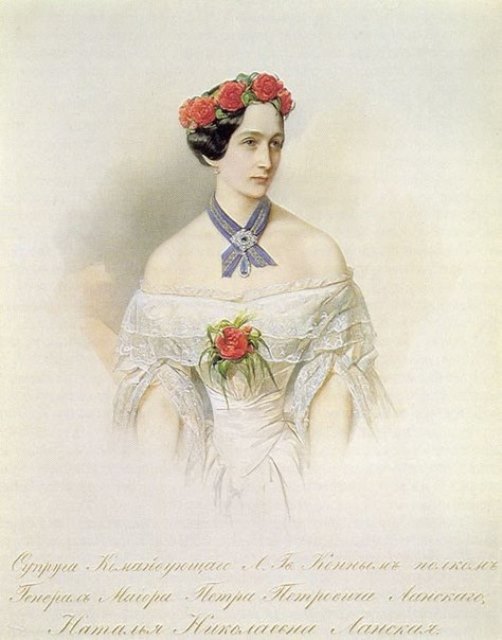 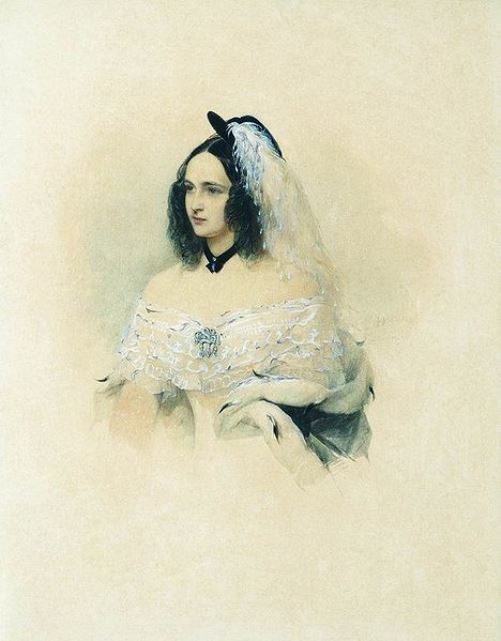 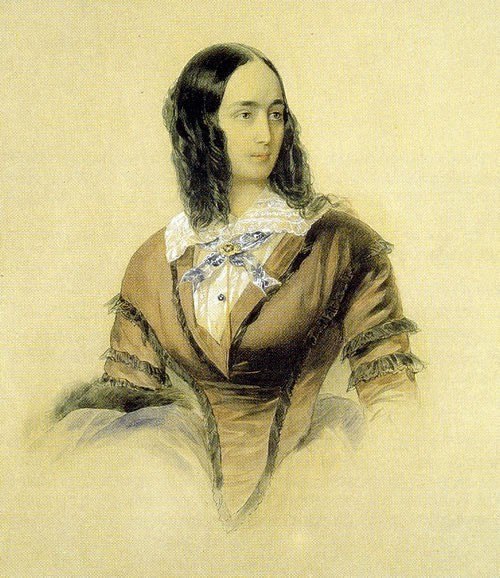 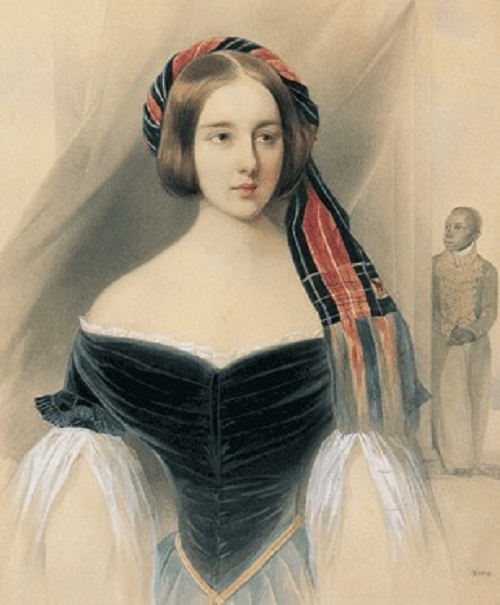 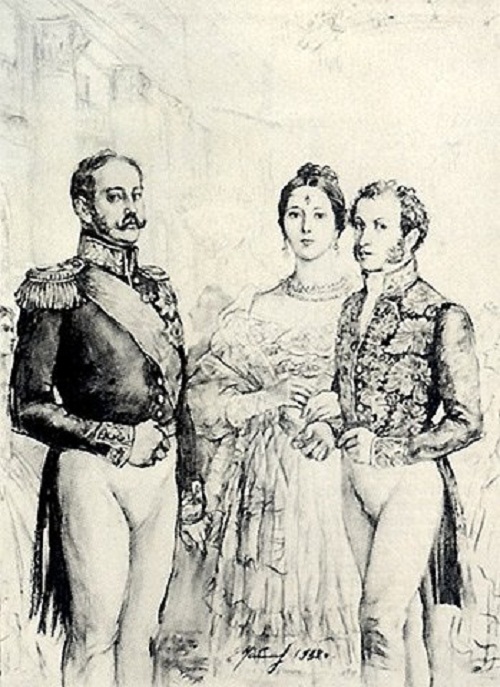 Nicholas I, Natalia and Pushkin 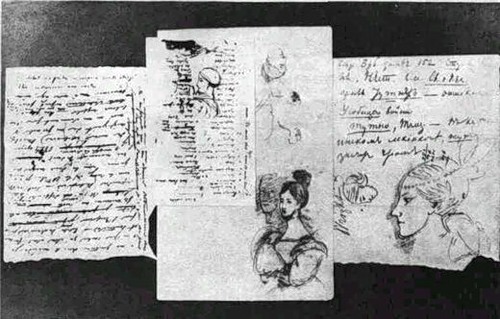 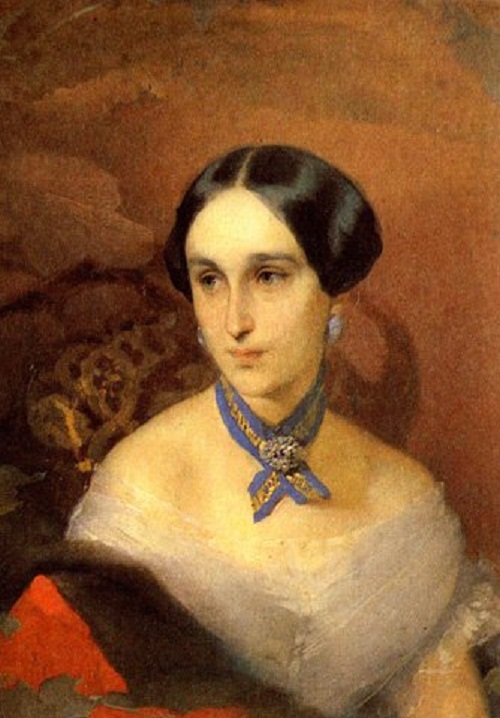 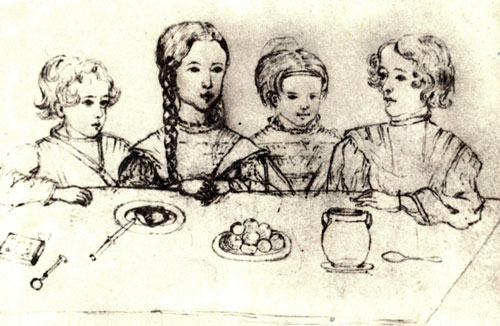 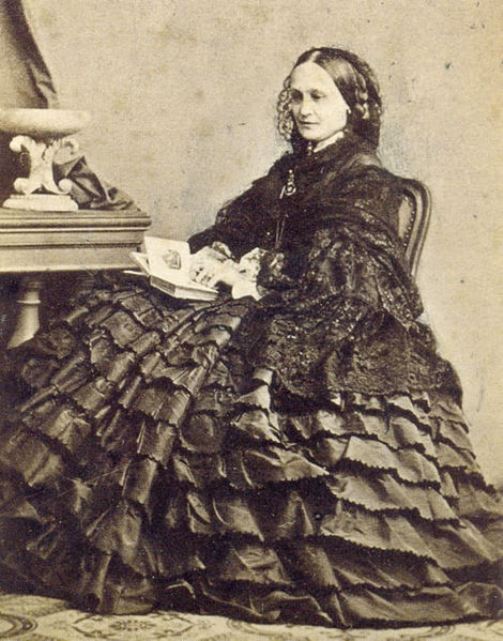 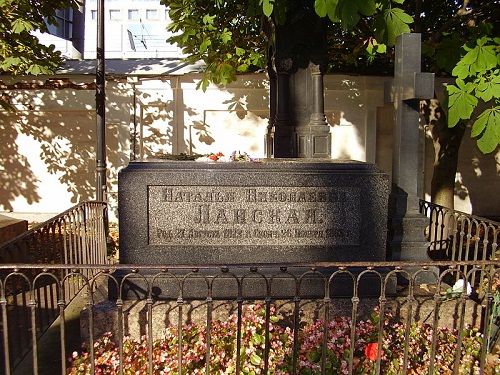 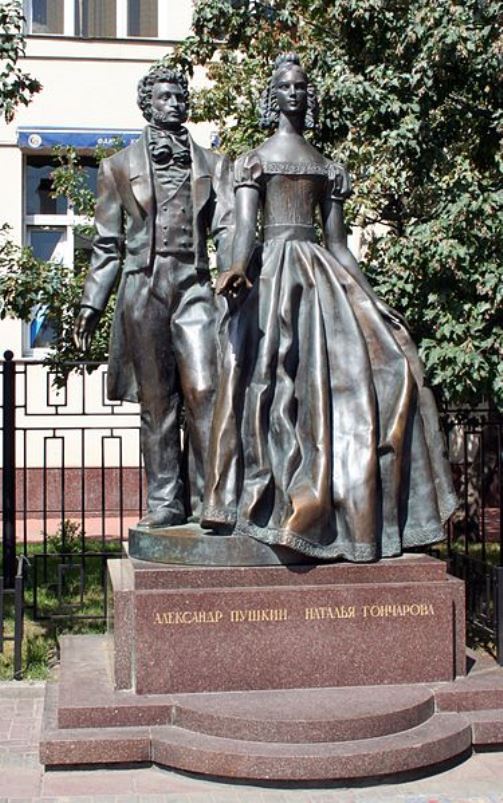 Monument to Alexander Pushkin and Natalia Goncharova on the Arbat. Sculptors AN Burganov and IA Burganov. 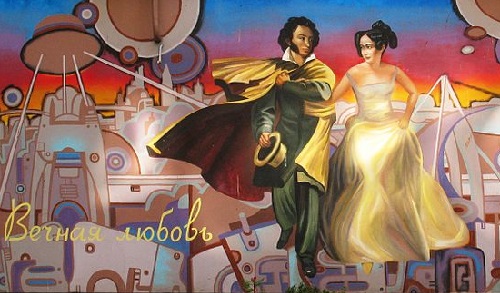