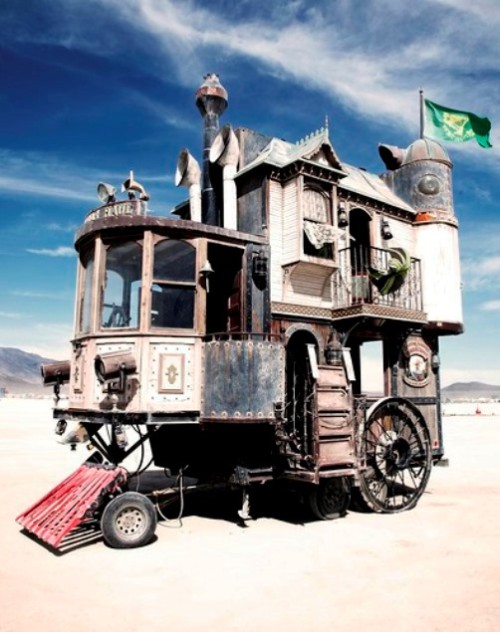 Neverwas Haul Steampunk House on Wheels
This incredible two-floor Victorian house on wheels – Neverwas Haul is the creation of Major Catastrophe (Shannon O’Hare). Noteworthy, it took the project designer and builder, and a crew of 12 working about 6 months to build it. According to them, for the house they used 75% of recycled materials. Meanwhile, Shannon O’Hare was designing and building themed-park structures around the country for 25 years. Creating his installations the artist used to visit a variety of Renaissance Faires from Ohio to California. He lives in Vallejo, CA and runs his own art and home remodeling business. The Neverwas Haul continues to attend Burning Man as well as numerous festivals and happenings around California. 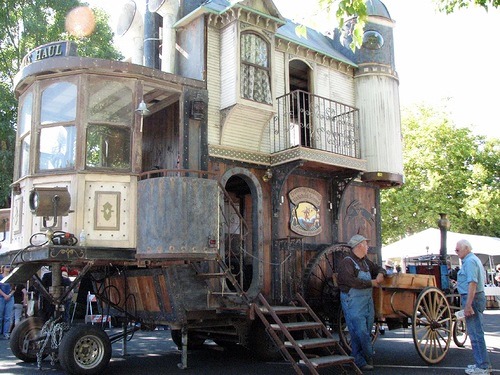 California based craftsman Shannon O’Hare standing next to his steam punk house on wheels – Neverwas Haul, built in 2006

First of all, Burning Man has become a populist phenomenon, where participants set up a temporary “city,” creating their own community, for a few days. ‘‘No spectators’’ is the motto, and people are expected to interact with one another, produce and display artwork and fashion, play music, dance, do spontaneous performances—as long as they actively participate. The 50-foot-high, neon-lit Man towers over Black Rock City until the climax of the festival on Saturday night.
While more than 15,000 desert dwellers watch, the figure is ignited and the Man becomes a fiery blaze, with previously loaded fireworks shooting out of him into the night sky. The next day, participants dismantle their city and leave the desert as they found it, with no trace of the Burning Man festivities—until the next year. 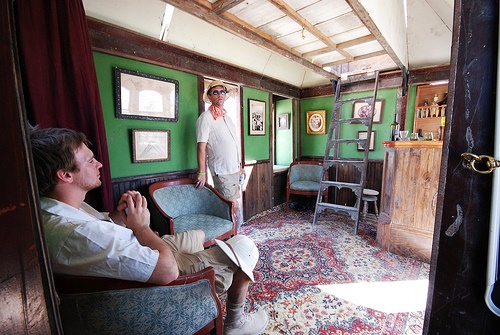 Interior of the Victorian house on wheels 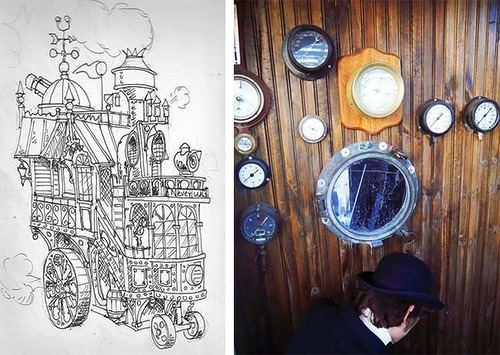 From sketch to interior design. Victorian house on wheels – Neverwas Haul, built in 2006 by Major Catastrophe 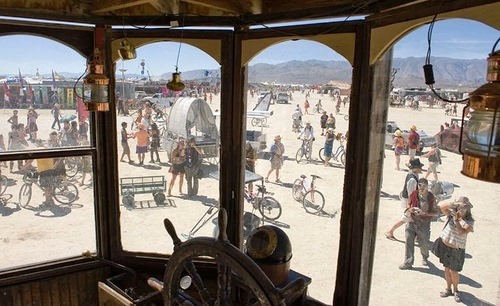 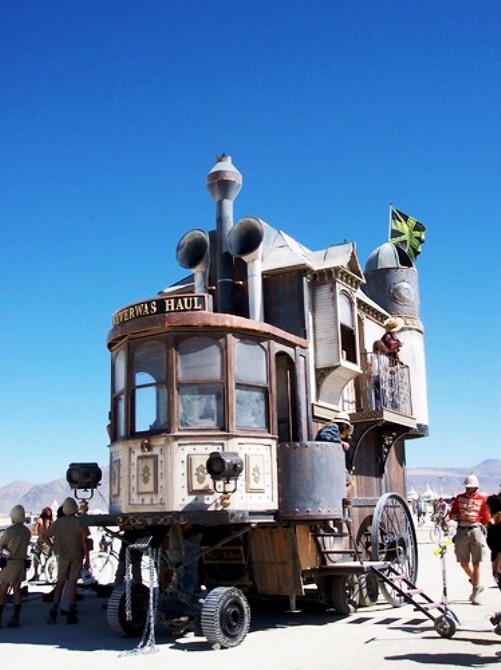 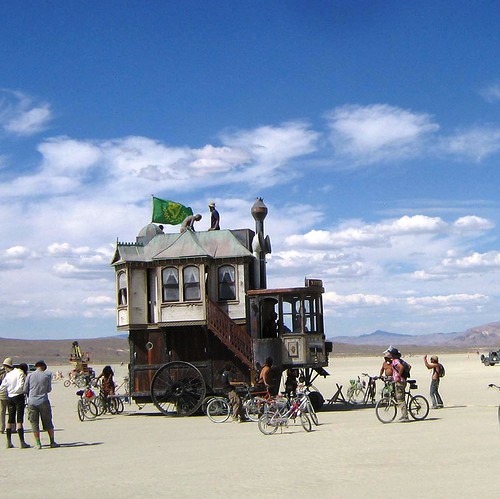 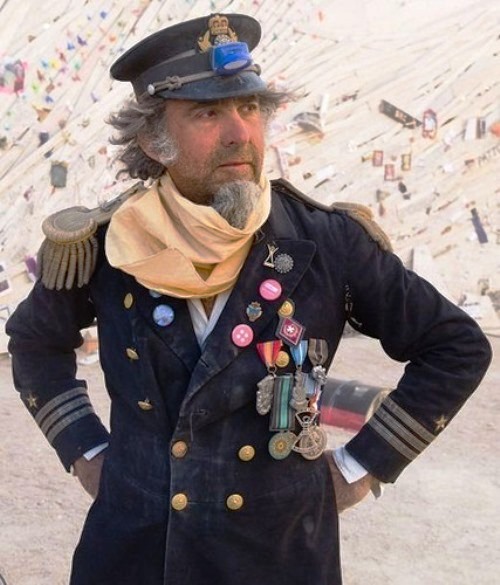 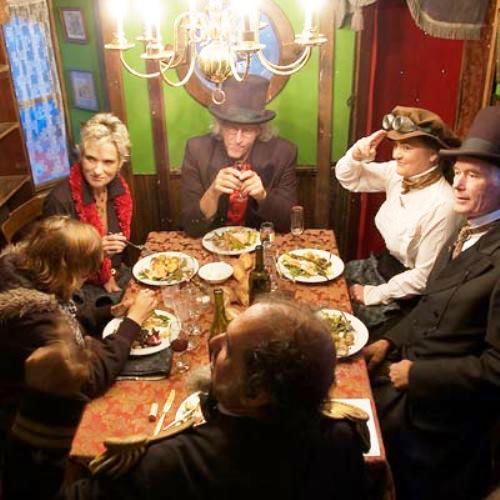 With a good company at the table. Neverwas Haul Steampunk House, built in 2006 by California based Major Catastrophe

Sources:
steampunkopera.wordpress.com
apartmenttherapy.com
Dictionary of Holidays, Festivals, and Celebrations of the World, 2005