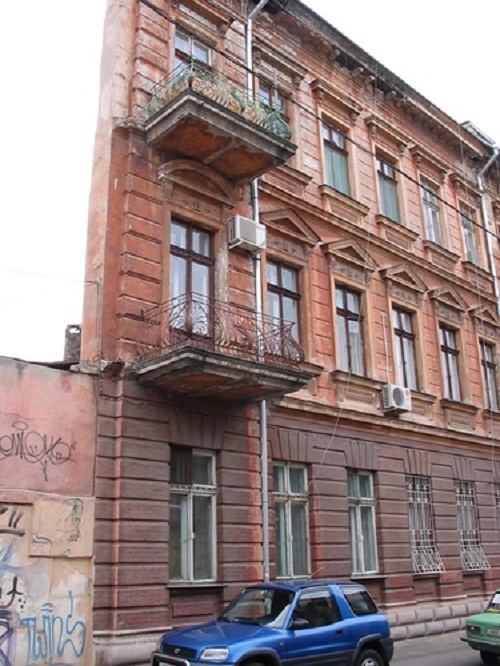 Odessa. House with one wall only (Optical illusion houses)

Optical illusion houses
According to historical information, Odessa house of one wall, or “Witch House”, appeared due to the lack of money. In particular, in the period of Tsarists Russia, the constructors did not have enough money to build the side wall. As a result, the construction was reduced to three walls instead of four. Then no one could have imagined that in the end, this building would be one of the attractions of Odessa. Indeed, it caused sea of wonder and admiration from tourists, visitors and residents. 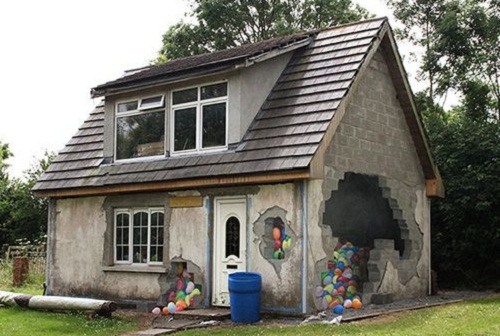 And the next optical illusion house – the creation of Irish artist Ciaran Brennan. He painted this house so that from the right angle, it looks like there are gaping holes with balloons pouring out of them. As for Ciaran, he explains: “Painting on the house for real this time, painted this optical illusion for a party we have at our house each year. I didn’t get to finish it completely, and I wanted to paint the inside of the house through the hole in the wall but I ended up just making it dark. Some of the front balloons are real balloons, and they shrunk a bit before I took the photo so they seem a bit out of scale with the painted ones.” 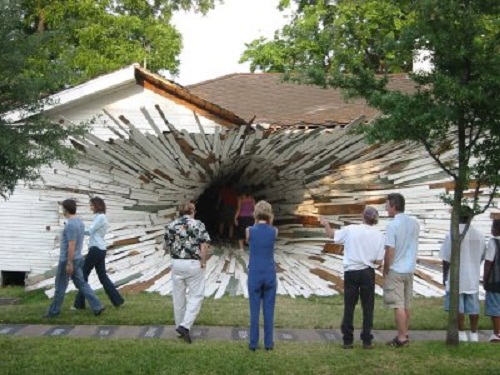 Amazing house turned inside out

Third, house turned inside out. Houston artists and sculptors Dan Havel and Dean Ruck called their project Inversion. In fact, they created an incredible illusion out of two houses. The illusion of a house turned inside out. The tunnel started at the front of the home and went straight through ending up in a small type of slide coming out the back. You go in walking and you crawl out as the tunnel contracts. Unfortunately, the artwork was temporary and eventually did get demolished.

Fourth, Lichtenstein’s House, located in the Sculpture Garden at the National Gallery of Art in Washington, DC. It’s an optical illusion – the three planes are joined at angles to one another, so that as you walk by, the dimensions of the house appear to change. From a distance it simply appears to be a cartoon-like facade of a simple 1-storey home. 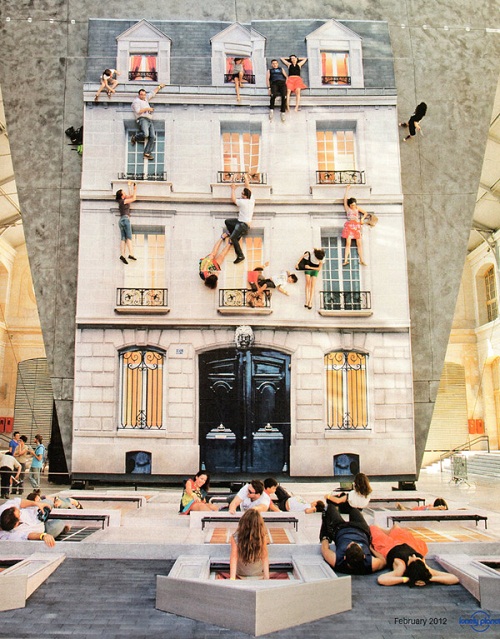 And, finally, the fifth Wonderful Optical illusion house – Giant Mirrored Facade. In fact, it is a mirrored installation by artist Leandro Erlich. The piece is clever in its simplicity: a massive building facade is constructed on the floor near a towering mirror giving anyone reflected the uncanny appearance of being weightless. 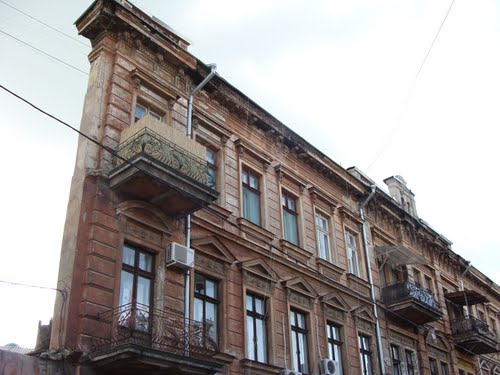 Odessa. House with one wall only (optical illusion) 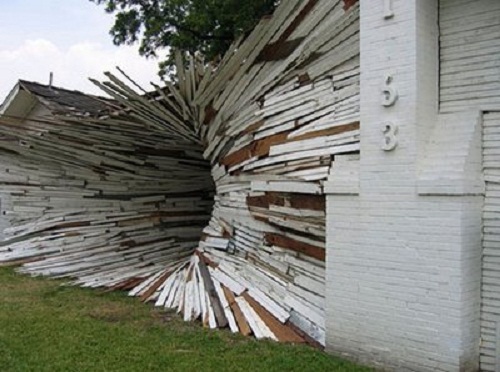 Amazing house turned inside out 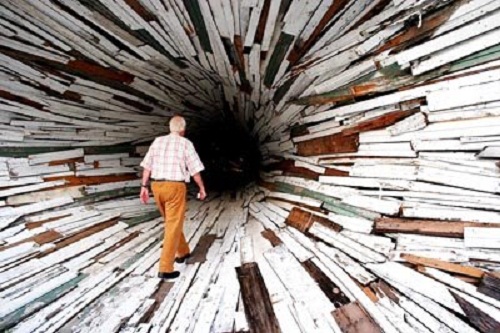 Inversion – Turned inside out 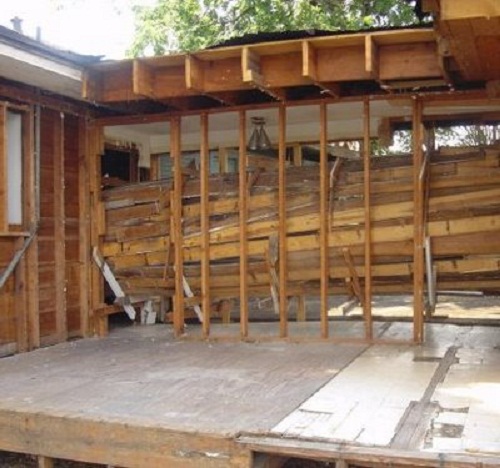 A house turned inside out 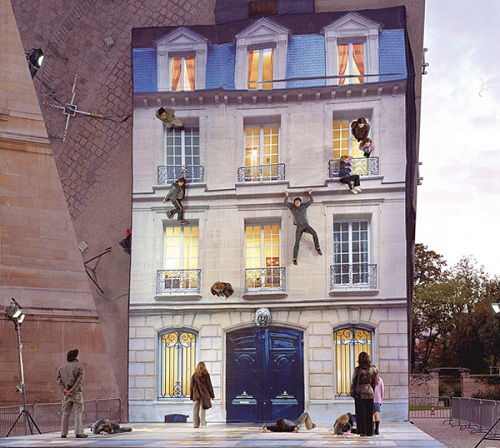 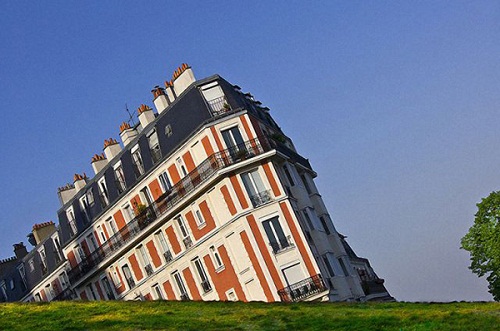