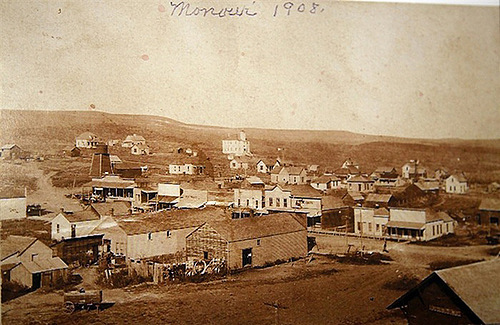 One person town Monowi
There are towns with population of 1 person, and while there’s at least 1 person living in it, it is not abandoned. Noteworthy, Monowi, Nebraska has a population of one person. And the only resident of this town – Elsie Eiler, 77 years old. Most of the town’s buildings are crumbling down, and as you can imagine, it’s very quiet and desolate place. In fact, the last event was the funeral of Elsie’s father, at the town church, fifty years ago.
Meanwhile, Elsie works at the tavern where she serves the coldest beer in town. Of course, she is the only employee and it’s the only beer in town. She serves the people passing through who decide to stop. 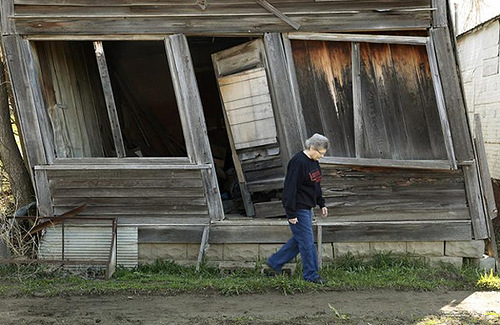 The streets of the town don’t really look like streets. Overgrown with grass and weeds, they look more like little pathways. Originally, Monowi has always been a small town. Even back in the 1930s there were only 150 people living there. However, now it’s a very different scene. For example, the town school hasn’t had any children there in three decades. Elsie spends some of her time in the library which has 5,000 books stored in it. Most of them belonged to her late husband, who by the way, she met in elementary school in this same town when she was a little girl.

According to Elsie, she stays there because she wants to, and she loves it. Besides, she is even the town mayor. One year she raised taxes on herself so she could repair four streetlights. She knows that when she can’t care for herself anymore, she will have to leave the town like everyone else. However, until that day comes, she will enjoy the cold beer and the notoriety of being the town’s only resident.

A sign at the entrance to Monowi shows the population (now obsolete) – 2 people. The peak of population in Monowi came in 1930 when, according to local census 150 people lived there. 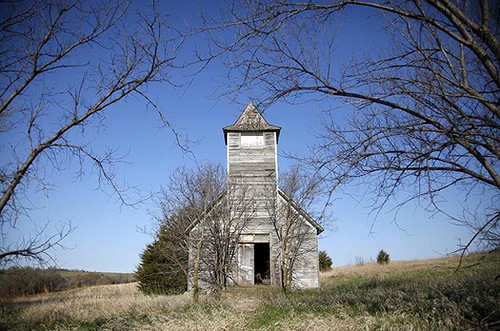 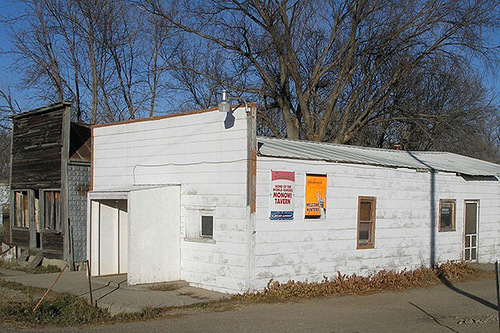 The town of Monowi in Nebraska 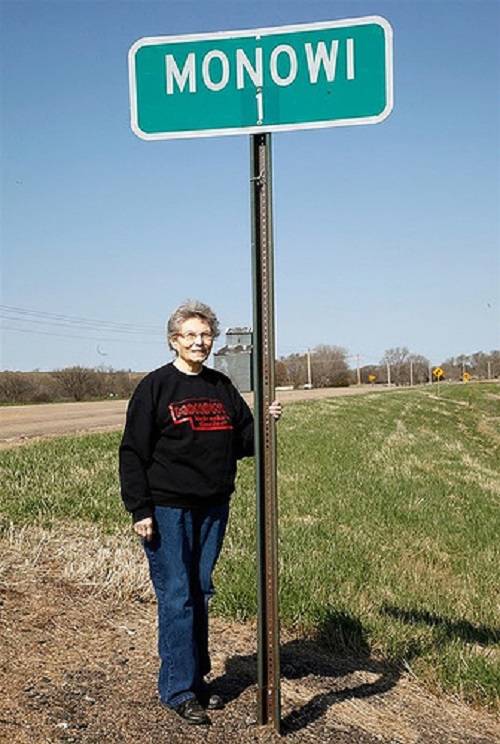 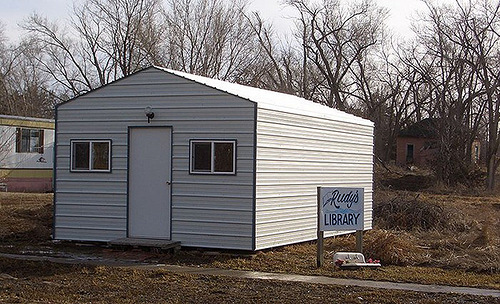 Home of the owls, Monowi, Nebraska 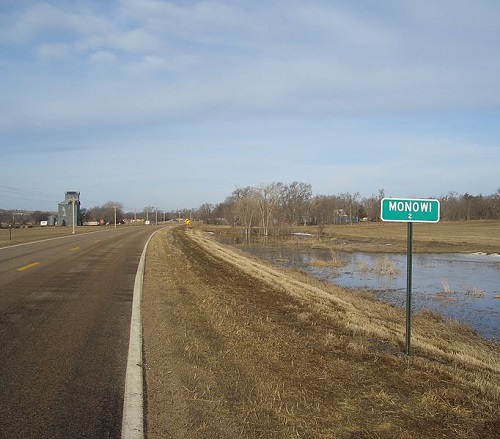