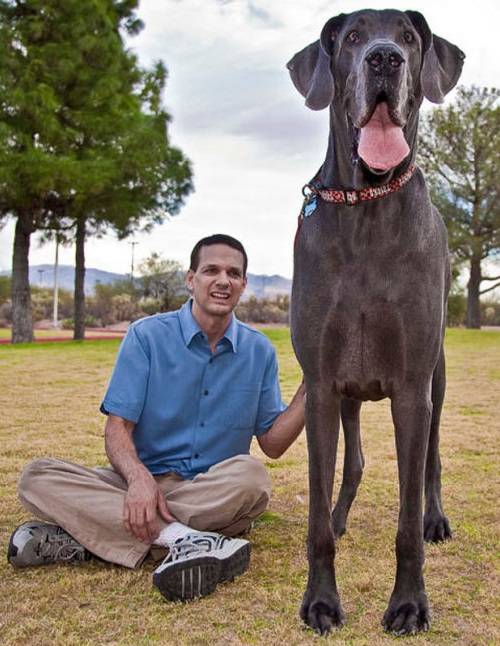 Abnormally large animals
Noteworthy, Giant George is the world’s tallest living dog, and the tallest dog ever according to the Guinness World Records. His records were announced as he appeared on The Oprah Winfrey Show in February 2010. The dog reached four-year growth by as much as 2 m 13 centimeters. And the weight of the giant – 111 pounds. A four-year-old dog George looks more like a horse than a dog. 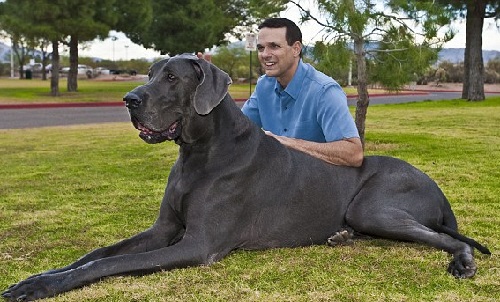 David, and his Giant George

Born on November 17, 2005, George, owned by David Nasser since he was 7 weeks old. At home he slept in a queen-sized bed, and one of his hobbies was to ride around his family’s neighborhood in a golf cart. While traveling to Chicago for his 2010 appearance on The Oprah Winfrey Show, George took a row of three airline seats to himself. According to his owner, David, he caused a commotion with fellow passengers visiting him to take photographs.

“There were so many people coming to the front of the plane, the pilot ended up illuminating the ‘fasten seat-belt’ sign to get everyone to sit down”. During the flight, George along with his owner David and wife Christine, had to sit in the bulkhead; which is the partition that divides first class from the rest of the passengers. They were to fly first class on American Airlines, but they found that there wasn’t enough room for George and instead flew the following day. 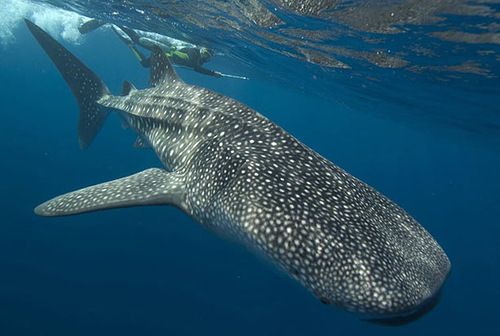 The shark caught off the coast of China. Its length was 10 meters long and weights 8 tons 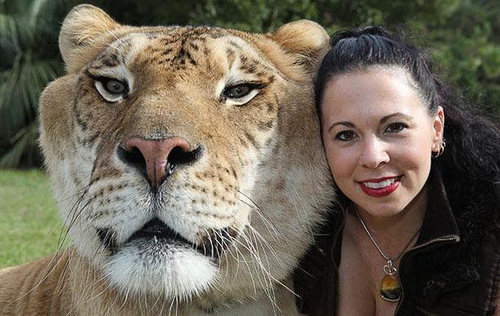 The cat, a hybrid of a lion and tigress from Miami 408 kg in weight 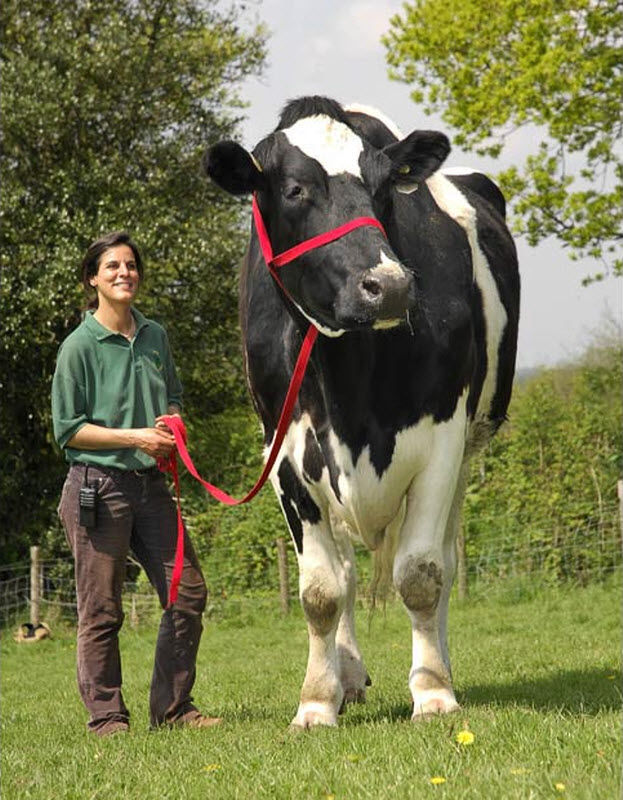 The cow, nicknamed Big Cow Chilli weighs over a ton, and its height is 1.83 cm 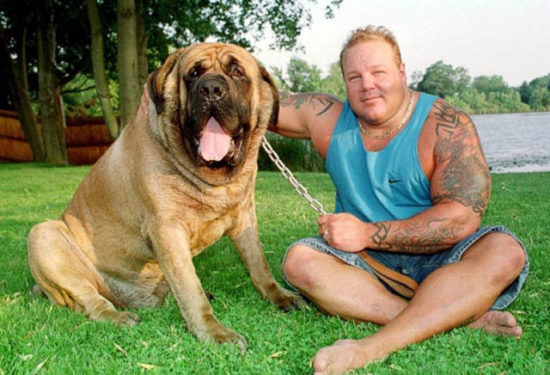 Belgian Radar – the world’s largest horse. His height 1.83 m from hoof to shoulder, and weighs 1088 kg