Palm Sunday is Pussy willow Sunday in Russia
“There is no spring without willow”, they used to say in Russia, On Willow Sunday the willow is first Nurch, and then kept at home tie icons. It was a custom to tap each other with a sprig of willow, chanting: “The willow is beating you to tears. It’s not me beating you it’s the willow beats and makes you cry. White willow beats and it knows why.” Besides, people believed willow brings good luck.
Always celebrated a week before Easter, Willow Sunday date each year depends on the date set for Easter. The day between the two Sundays comprise Holy week, a period especially devoted to the commemoration of the events of the last week of Jesus’ life on Earth. Celebration of Palm Sunday by Eastern Orthodox churches sometimes coincides with and sometimes follows the date set in the Western Christian churches. Throughout Holy Week, solemn worship services scheduled in the Russian Orthodox, Serbian, Syrian, Ukrainian and other Orthodox churches. Ruthenium, Polish, Bavarian and Austrian Roman Catholics, and various other Eastern European peoples carry pussy willows on Palm Sunday instead of palm (Verba) branches. Palm Sunday became known as Willow Sunday, as people used pussy willow branches instead of palms. Sometimes, on Palm Sunday they will bless both palms and pussy willows in church. Meanwhile, people preserved the branches throughout the year in the family’s icon corner. 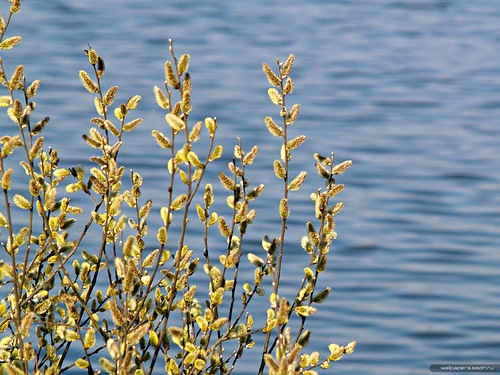 This is how pussy willow looks in the place where I live. It usually grows near the river

In some countries, Palm Sunday is called Branch Sunday, or Blossom Sunday, and in place of the unobtainable palms the people carry branches from other trees or plants: olive, box, yew, spruce, and willow. The names of the trees or plants used in place of palms often include the word “palm”, as in the English “palm willow”. 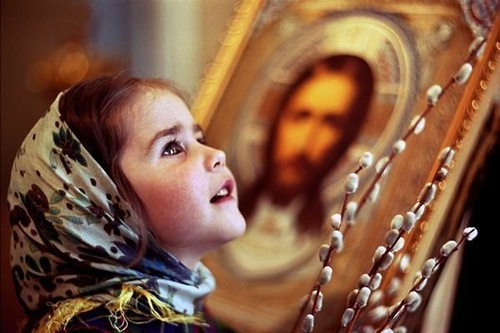 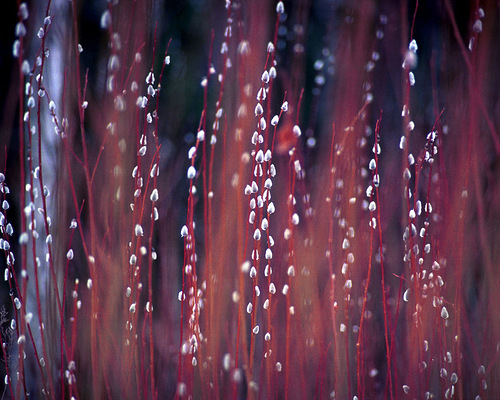 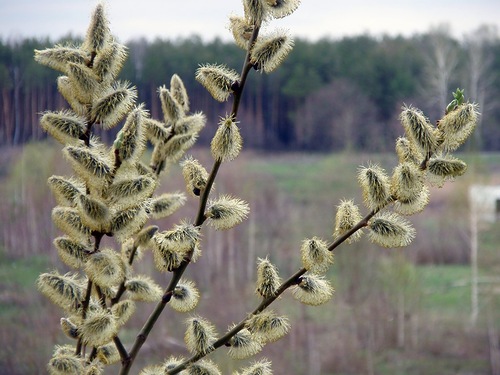 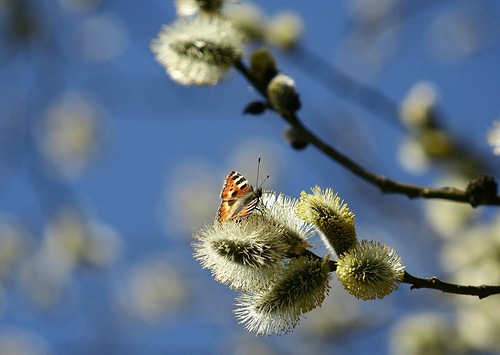 Photo of Verba, or Willow 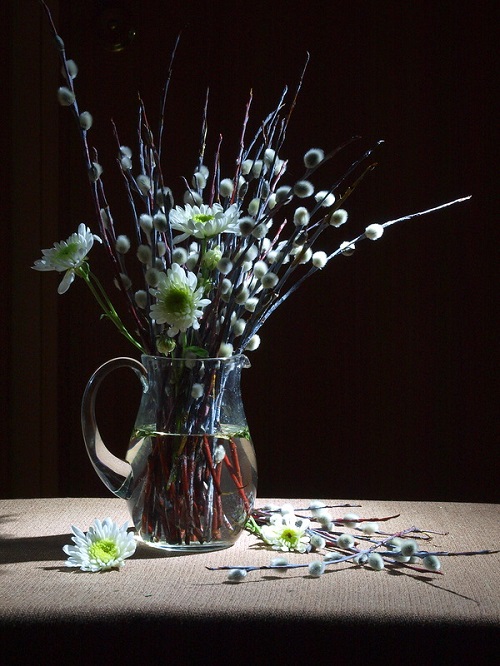 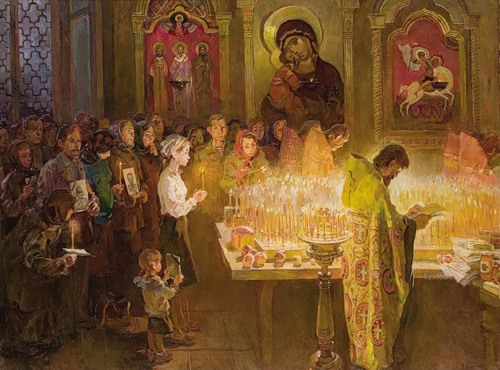 In the church. Painting depicting the holiday – willow Sunday 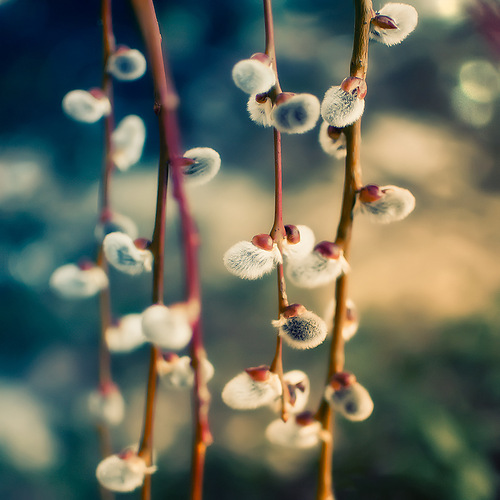 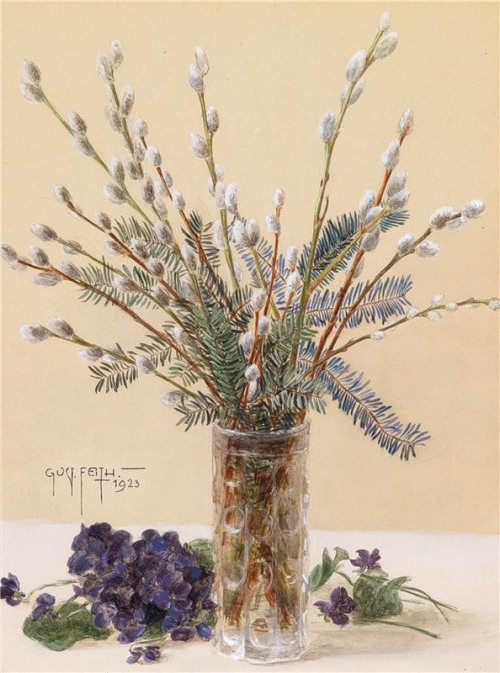 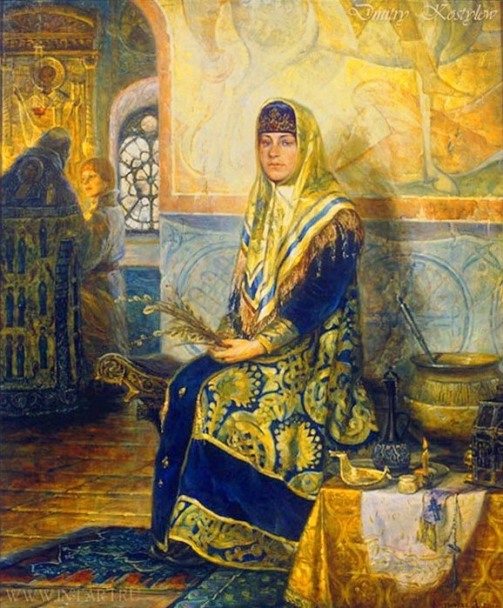 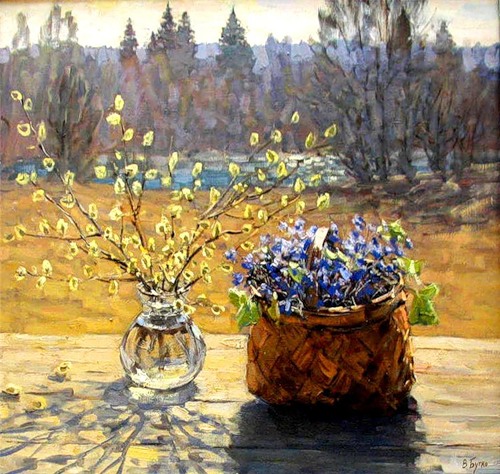 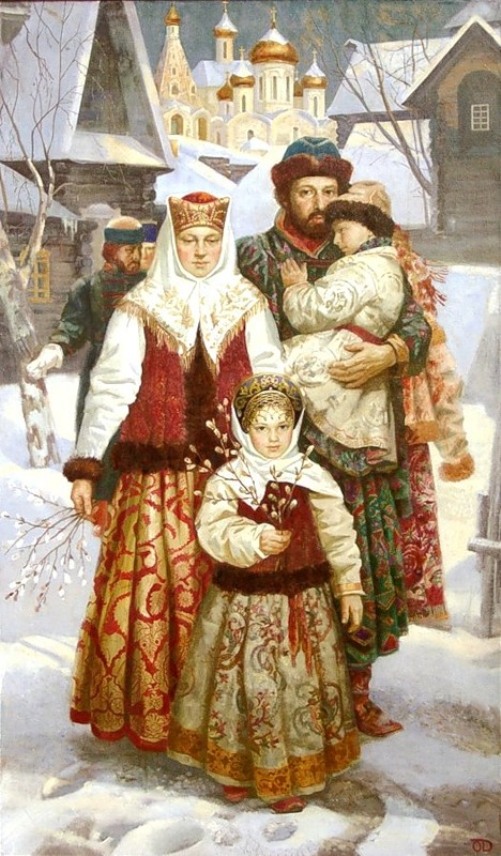 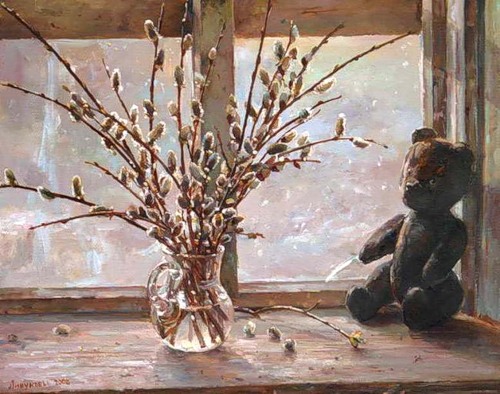 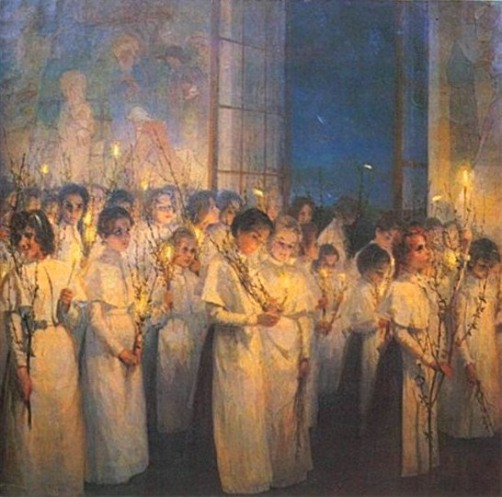