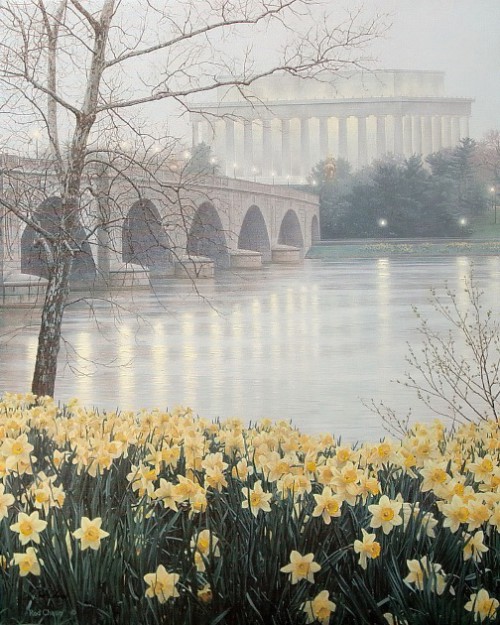 Photorealist painter Rod Chase
Born in 1965, in Vancouver, Canada, Rod Chase is famous for his incredibly beautiful hyperrealistic cityscapes. Traditionally, the artist depicts the most iconic places in the United States, as well as abroad – in Italy, Great Britain and France. Chase started painting as a teenager. In 1986 he moved to the United States and began focusing on cityscape, architectural painting in a photo-realist technique.
“One thing that sets me apart from other artists is that I will draw out my paintings first. Then, I take it in 6-inch squares and work only on that section. It’s almost like doing a mini-abstract.” According to Chase, he works with acrylics on canvas, and each piece takes hundred of hours to create. Each painting from Rod Chase is a masterpiece created from extensive research and numerous photographs of each of his subjects. Rod Chase is represented by Greenhouse Gallery of Fine Art in San Antonio, Texas. 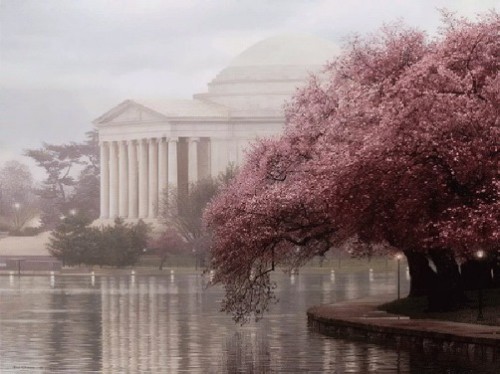 Pillars of Freedom pays tribute to one of the founding fathers of the country, Thomas Jefferson. This picture shows the Jefferson Memorial during the Cherry Blossom 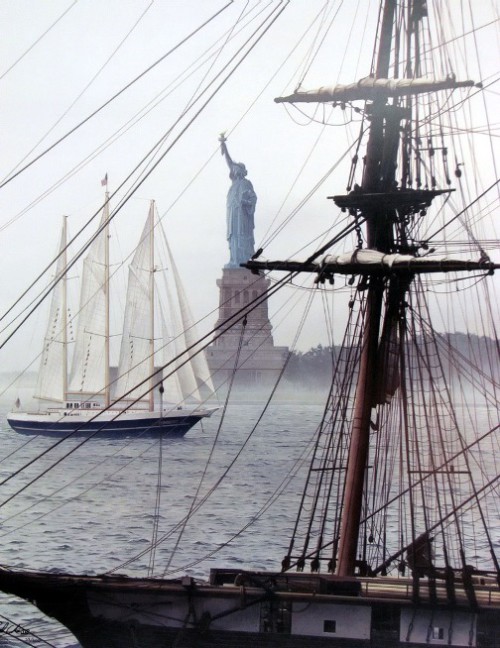 According to Rod, he has visited Lady Liberty many times with his family both before 9/11 and after. “Climbing to her crown was an unforgettable experience. I’d wanted to paint the statue for some time, but it was only after seeing her with the tall ships that I knew I had a painting. The Grand Lady stands in the center of the canvas carefully framed by the ships. It was a little nerve-racking painting all the ropes and lines. I paint in multiple thin layers and cannot cover mistakes in sky areas without completely starting over. Even though this scene appears to be from long ago, the cropping in this composition is definitely contemporary.” 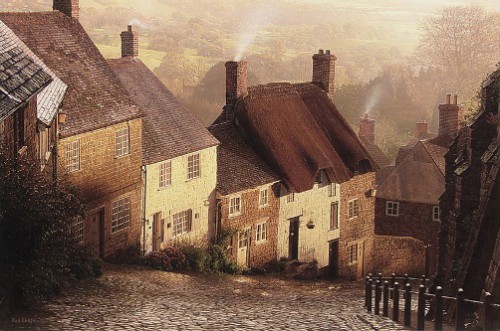 Set in one of England’s many beautiful regions, Blackmore Vale contains some of the most scenic landscapes in the country. This amazingly detailed image by Chase features Gold Hill, which is a famous hill and street in Shaftesbury in the county of Dorset. This picturesque, quaint village of steep cobbled streets is one of England’s most photographed and painted scenes; the village has been featured on many book covers. St. Peter’s Church, one of the few pre-18th century structures still standing in Shaftesbury, is at the top of Gold Hill. The ancient street is also adjacent to the walls of King Alfred’s Abbey, another famous landmark in the area. The Gold Hill Fair, which is held annually, is a renowned event that raises money for local charities. 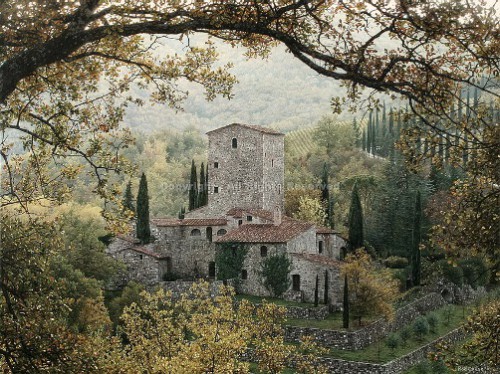 Beautiful villa in a quiet area near the town of Castellina in Chianti. During a trip to Italy 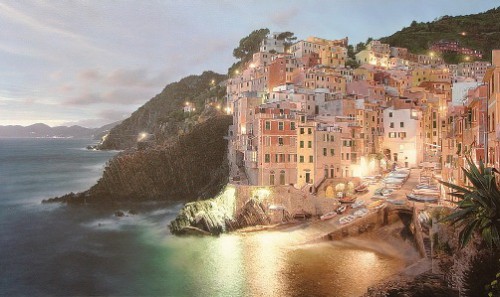 The road to the five temples (one in each city – Monterosso, Vernazza, Corniglia, Manarola and Riomaggiore) Gone from the sea to the mountain. Since the thirties, of the way that connects Riomaggiore and Manarola (the southernmost part of Sentiero Azzuro) was named Via dell’Amore or the Way of Love. 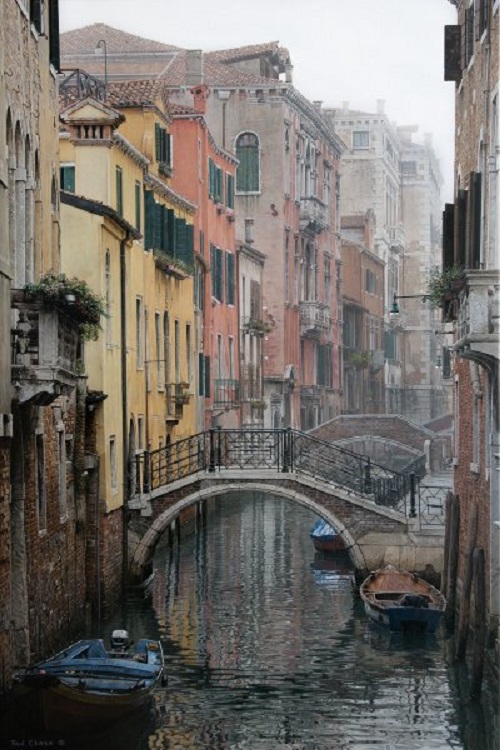 The Mists of Morning

While in Venice, Chase spent many hours photographing the Grand Canal and also the smaller, inner canals. Much of his photography was at twilight or dusk, but on several mornings he and his wife rose early to enjoy a “different Venice” – few tourists and no gondoliers or boat traffic. The city was totally still and quiet except for the sounds of water lapping against the timeworn bricks or the hulls of tethered boats. The mists of morning made the narrow canals all but vanish. As dramatic and awe-inspiring as Venice was in the evening, it was even more remarkable in the morning – a magical moment when the city seemed invisible except for the soft colors of the ancient buildings reflecting in the water. It was a world of delicate hues and magnificent textures – so real up close, then silently disappearing like a dream in the silvery mists of morning. 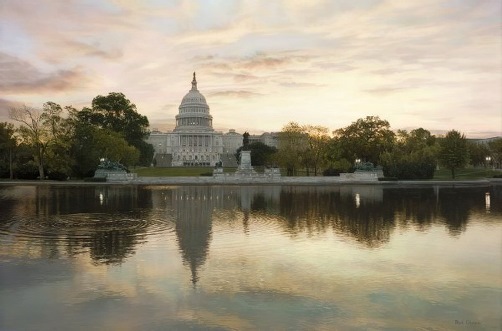 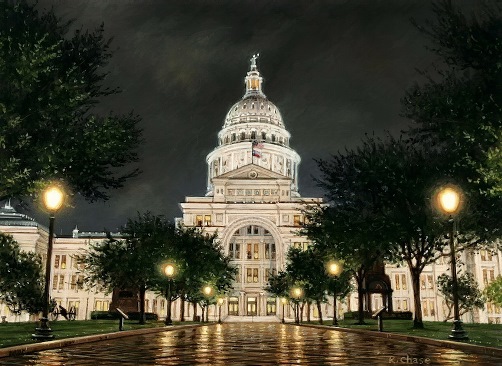 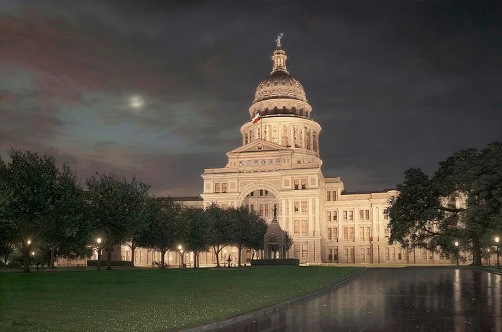 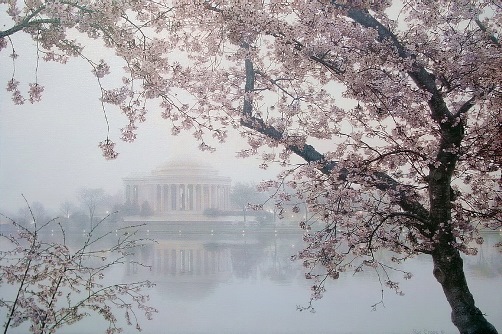 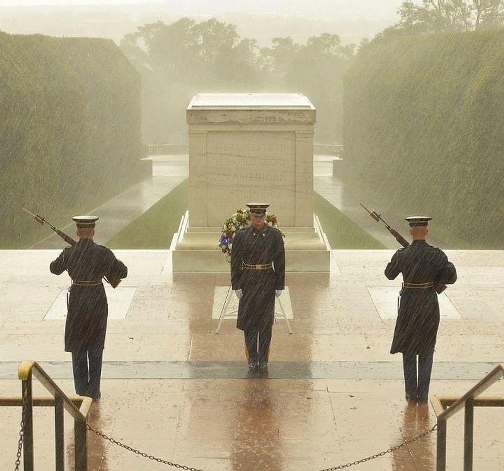 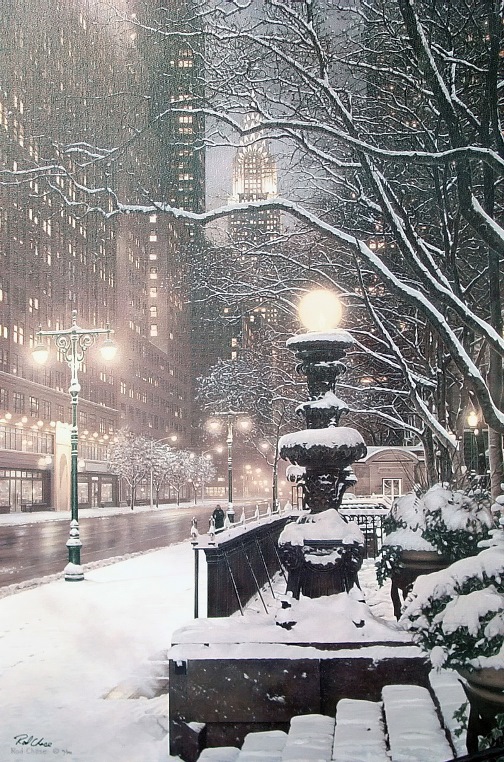 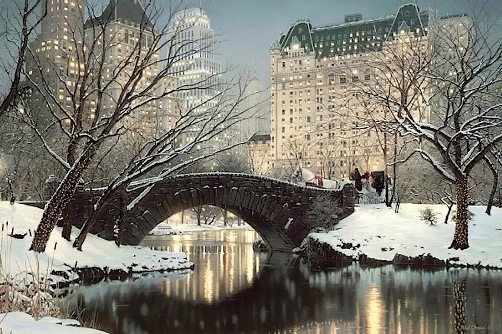 Holiday in the Park. Aimed to raise funds for the American Cancer Society 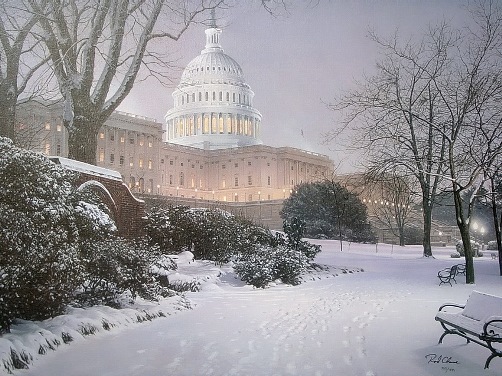 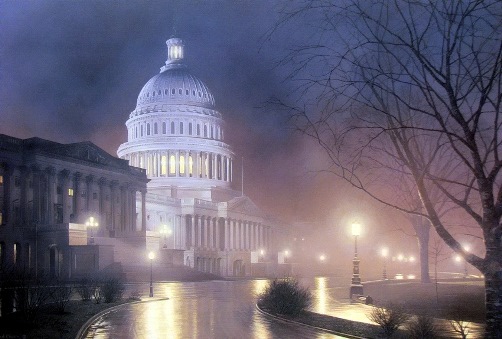 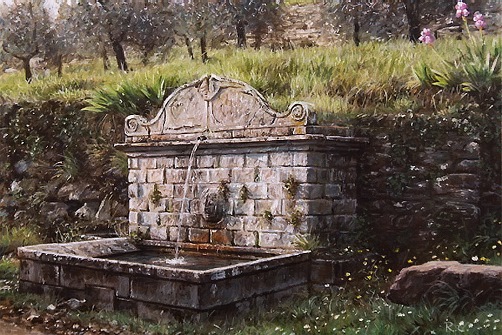 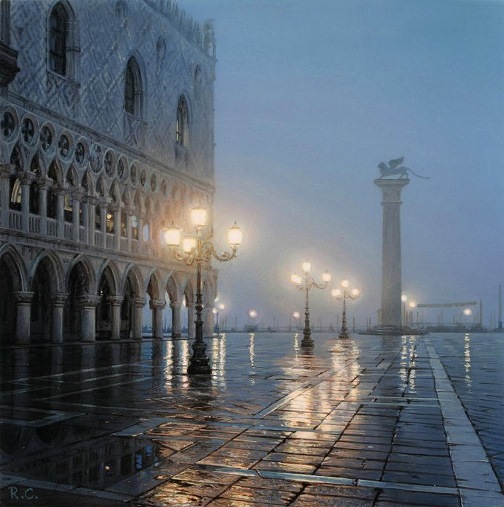 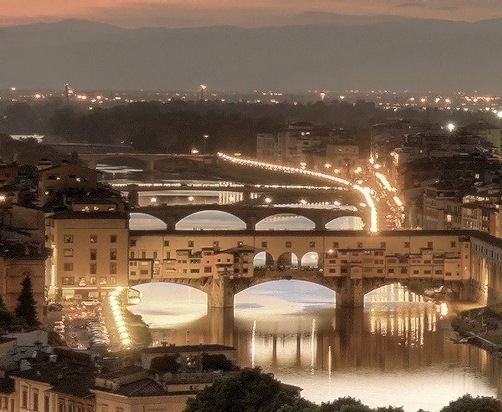 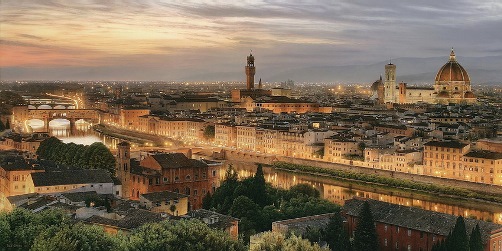 Florence – Jewel of the Renaissance 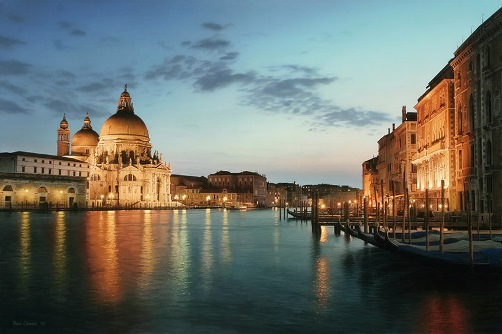 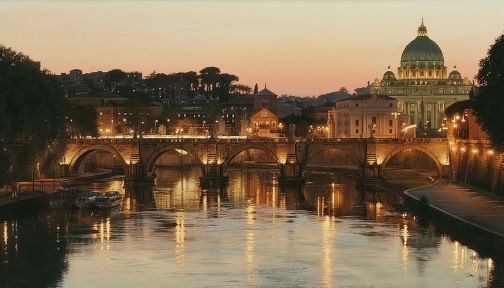