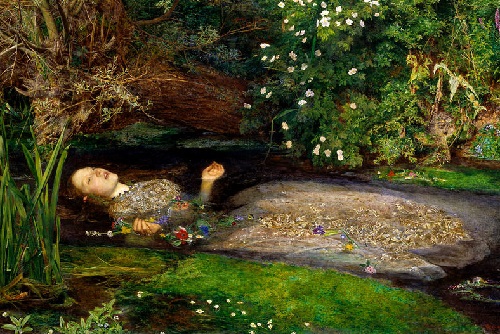 Pre-Raphaelites English phenomenon
But it is only now that we choose to call attention to the fact. For it is only in the last sixty years that Pre-Raphaelite pictures have been pulled out of cellars and greeted with cries of admiration. Until quite recently it was felt that English painting, having contributed some very remarkable achievements to the Romantic Movement, and having pointed the way towards Impressionism, drifted with the Pre-Raphaelites – whose name derives from their attention to rediscover the simplicity of Italian Pre-Raphael paintings – into a mournful backwater from which it at least emerged under French influence.

If any attention was paid to the movement abroad it was to the later Pre-Raphaelites and above all to Burne-Jones. This later Pre-Raphaelite – decorative, poetical, perversely voluptuous – was believed, particularly in Germany to represent the whole movement. It was a mistake, for until recently very little modern scholarship had been devoted to the movement, and nearly all the great collections of Pre-Raphaelites paintings and applied art were in England; they still are, and to get a true notion of what the Pre-Raphaelite painters were really like one must go to the Tate Gallery, Oxford of Birmingham. 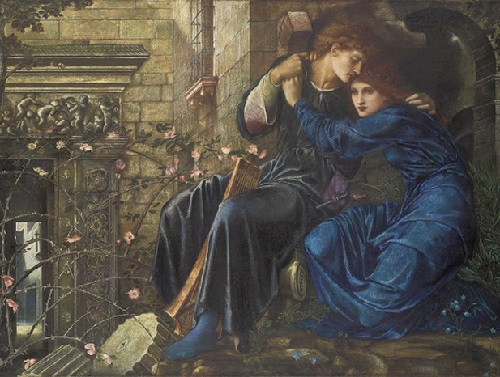 But when one does see the originals it at once becomes clear that most of them have very little to do with Burne-Jones. They are much more insular; they are painted in glowing jewel-like colors, with an almost lunatic attention to exact detail, and a part of their charm lies in the fact that they conjure up with Dutch fidelity the incidents and the ornaments of the Victorian scene.

In Ford Madox Brown’s work or Sir John Millais’s works one is arrested and fascinated as by an old photograph. Actually all the Pre-Raphaelites used to sign their works P.R.B. (that was their secret they all shared). One of the most beautiful pictures of Sir John Millais’ on display in the Tate Gallery is called “Ophelia” (1851). It is a celebrated work of the artist and one of his earliest exhibited paintings. The subject taken from “Hamlet” is treated in a manner typical of the Pre-Raphaelite school – the detail is hallucinatory, the color is clear and bright. He made his model pose in a tub of water, accentuating his desire for naturalism.

In its final stages, the Pre-Raphaelite movement came full circle; it became a movement not of realists but of dreamers and designers. As such it could make its contribution to the mainstream of European painting and exert an important influence upon the young Picasso in Barcelona. By a curious irony it was just at this point that England began to look with admiration at the works of the French realists and because of that interest the Pre-Raphaelites were, until quite recently, neglected. 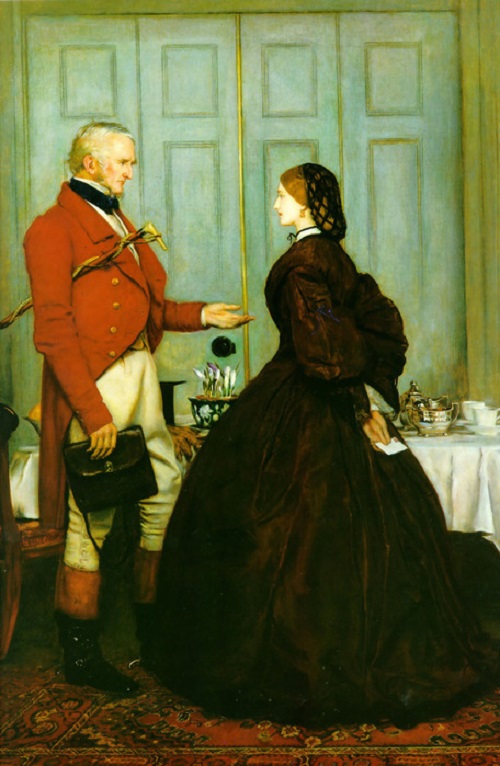 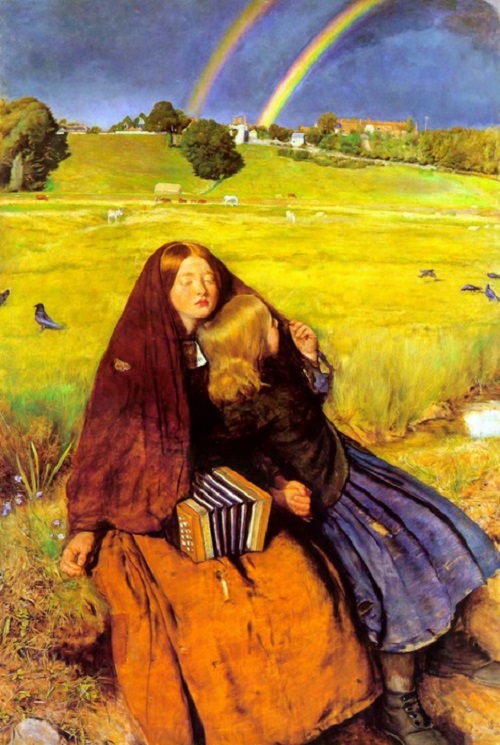 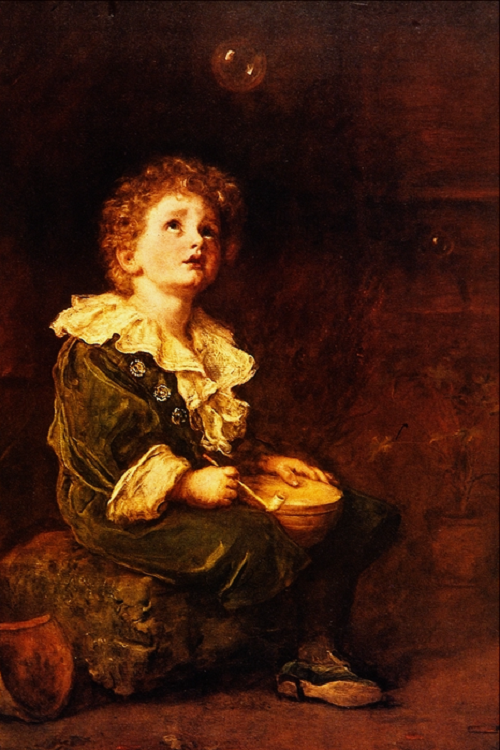 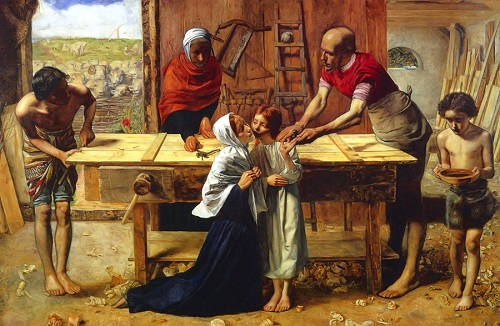 Christ in the House of His ParentsSir. John Everett Millais 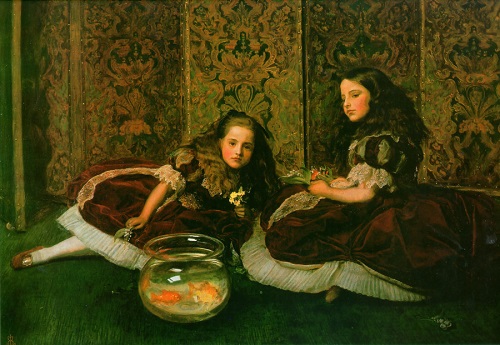 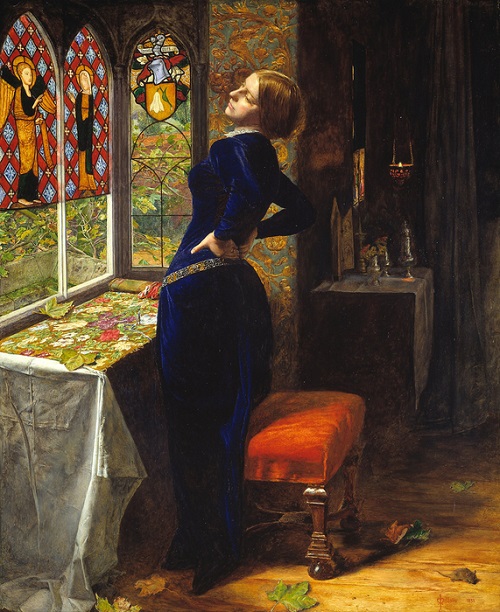 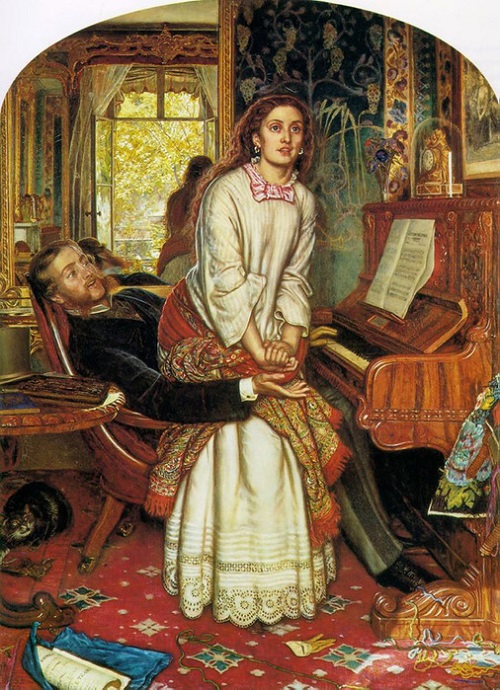 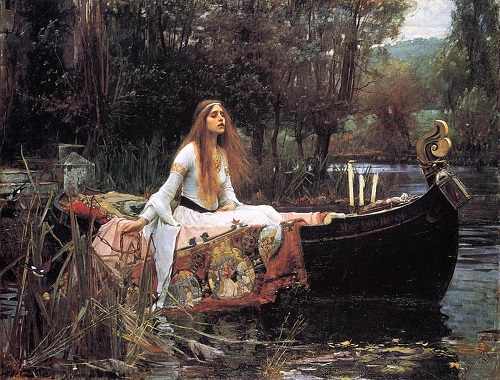 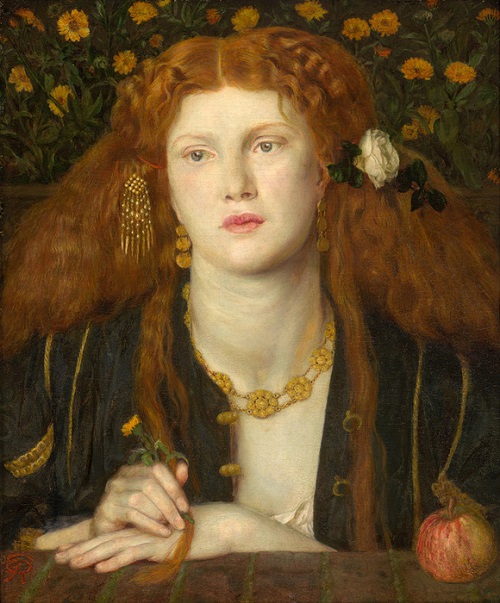 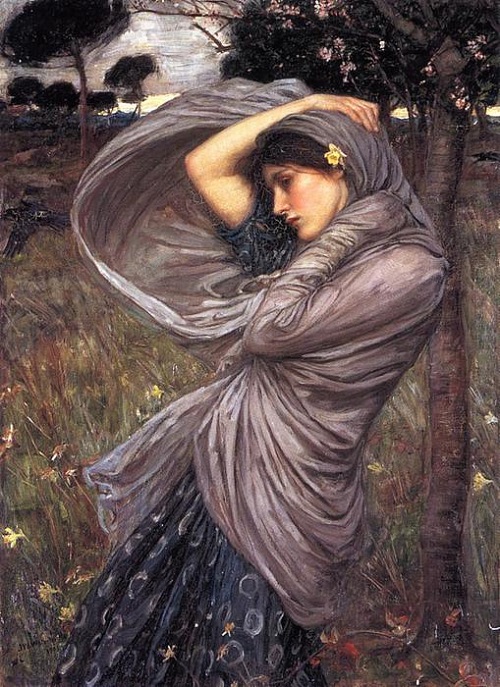 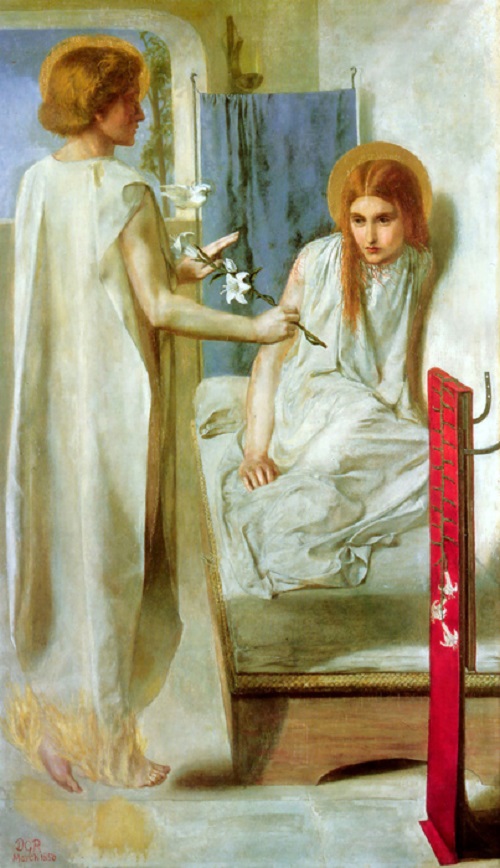 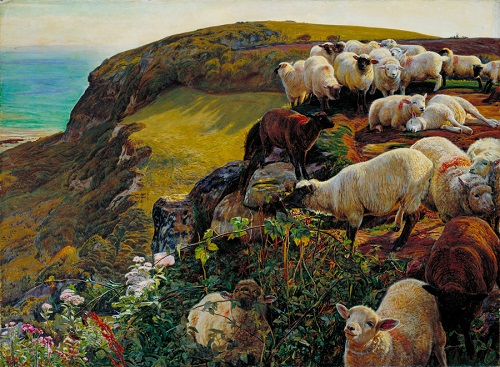 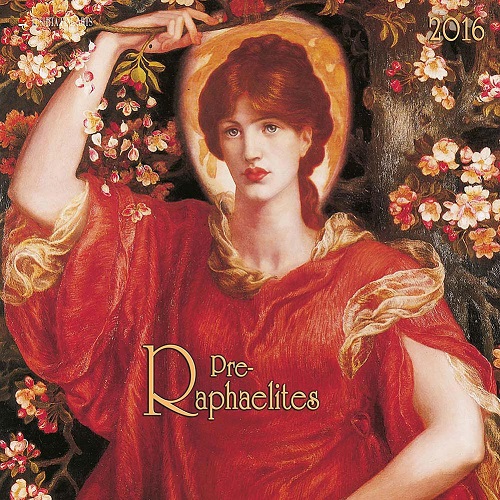 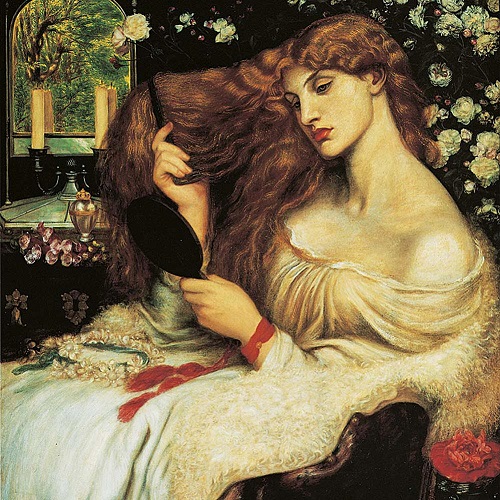 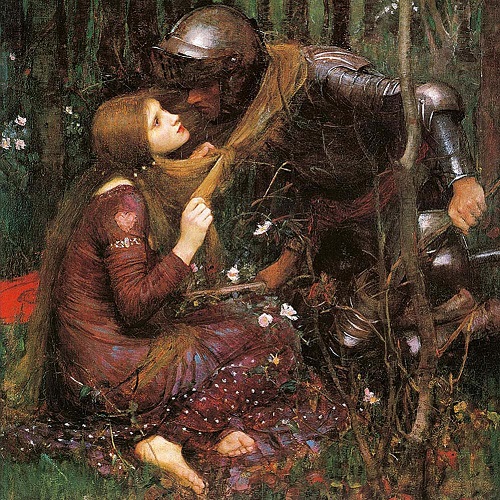