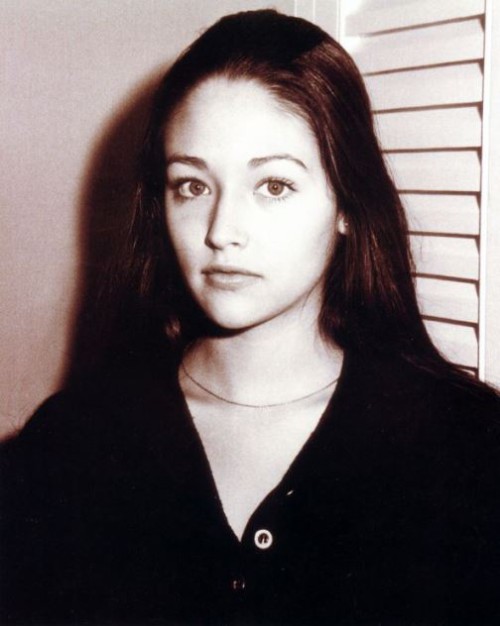 British actress Olivia Hussey
Born April 17, 1951 in Buenos Aires, Olivia Hussey is one of the most beautiful British actresses. Her father Andres Osuna was an opera singer, performing under the pseudonym Osvaldo Ribo. In her earlier interview Olivia spoke of him as dead, because the family split when she was just two years old, and her father did not take any part in her later life. Olivia’s mother was an Englishwoman Joy Alma (nee Hussey). Olivia’s brother Andrew was born a year later. In 1959, her mother returned to England, and Olivia took her surname. Mother worked as a secretary in a legal office. The beautiful girl dreamed of becoming an actress. 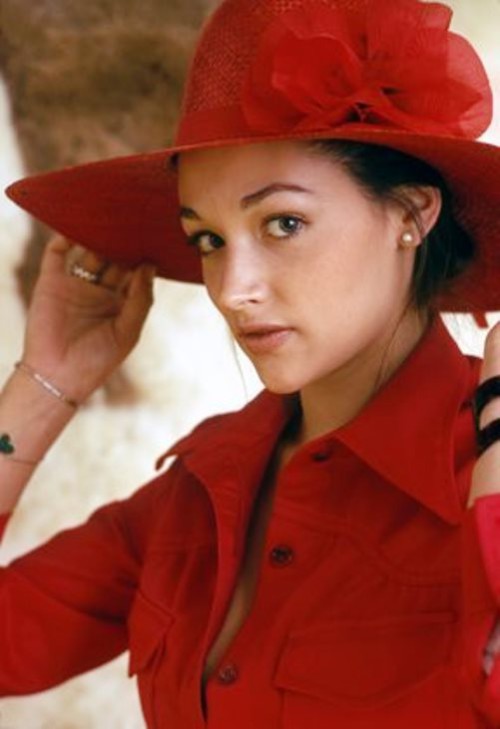 In England, British actress Olivia Hussey attended a primary school in Kent, followed by 5 years at drama school in London. During this time she appeared in several dramas and two films – The Battle of the Villa Fiorita and Cup Fever. Then, Olivia acted on stage with Vanessa Redgrave in the play The Prime of Miss Jean Brodie, where she was first noticed by the director Zeffirelli, who picked up an actress for the role of Juliet. 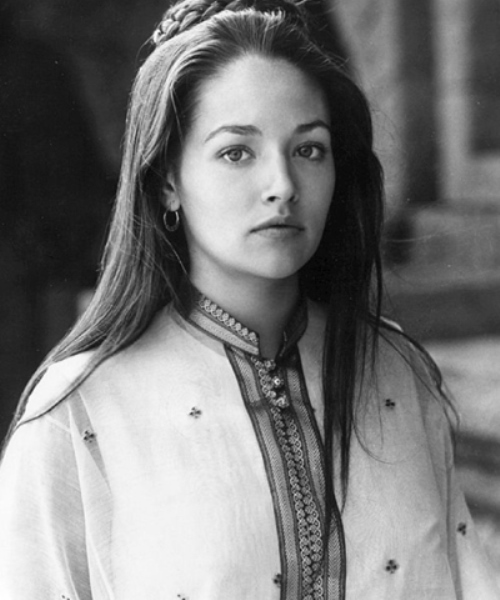 After the overwhelming success of the Anglo-Italian film “Romeo and Juliet”, suddenly on her young head fell down the world fame, extended trips with the presentation of movie, participation in photo sessions and interviews. As a result, Olivia felt completely exhausted. She had to hide herself in her mother’s house, almost without doing anything, and so lived for about a year.

From this state, she was brought out by a young American who literally followed her everywhere since he had first seen her in the movie “Romeo and Juliet.” And, he finally managed to draw her attention to him. In short, the loving couple moved to Los Angeles, the U.S.A.

The young American’s name was Dean Paul Martin. The wedding took place in 1971 on the twentieth birthday of Olivia. In 1973, their son Alexander was born. A few years later the marriage fell apart due to the fact they were young and unprepared for serious family life. However, despite the official divorce, they still remained close friends until his death.

After parting with Dean, Olivia had to overcome a difficult period of life. So, Olivia stayed with the child in her arms, and almost penniless, but pride did not allow her to take money from Martin’s family. To make ends meet, Olivia had to sell her jewelry. It was necessary to establish a career in film, although it seemed time had been missed.

As soon as she managed to escape from emotional devastation, she got offers from film makers, and though not all of her films became successful among them were still famous – “Jesus of Nazareth”, “Death on the Nile” and “Ivanhoe”.

In 1980, followed by a new attempt Olivia found happiness in marriage, this time with a Japanese singer Akira Fuse. The fruit of this union was a son, Max, born in 1983. In 1987 there was a divorce. A year later, Olivia had a starring role in the film “The Jeweller’s Shop” on the story of Karol Wojtyla.

The current and last husband of Olivia – former rock musician and singer David Glen Eisley. They met in 1989 in Los Angeles, and he immediately attacked her with all the ardor of a lover for a long time admirer. He immediately wrote a song for his beloved, and through an agent sent her record. Well, to put it briefly, Olivia’s romantic soul succumbed to such pressure. Then, they got married. In 1993, was born their daughter, India Joy. At last, family fortune smiled to Olivia. Happy spouses were almost inseparable. Even more, Olivia has reconciled with her own father.

In 2003, Olivia realized a long cherished dream to work on the role of Mother Teresa of Calcutta. In retrospect, Olivia thinks that maybe she should pay more attention to the development of her career and personal life. But everything turned out the way things are. Finally, she is happy to have three beautiful children, a loving husband, and peace of mind. Olivia will continue to act in films. And, she will remain thankful if people remember her Juliet. “That’s quite enough”, she says.

By the way, Olivia has suffered from agoraphobia – the environment’s vast openness and crowds. 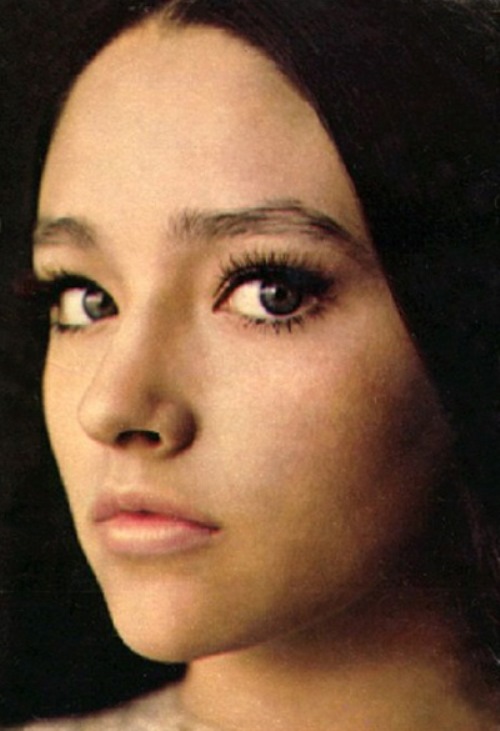 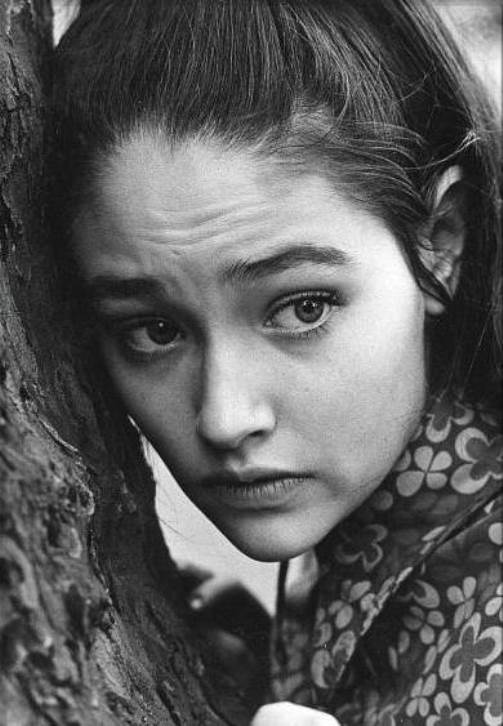 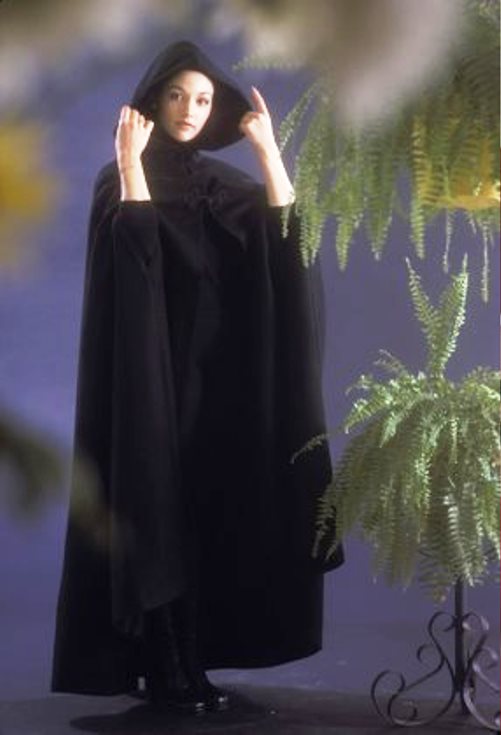 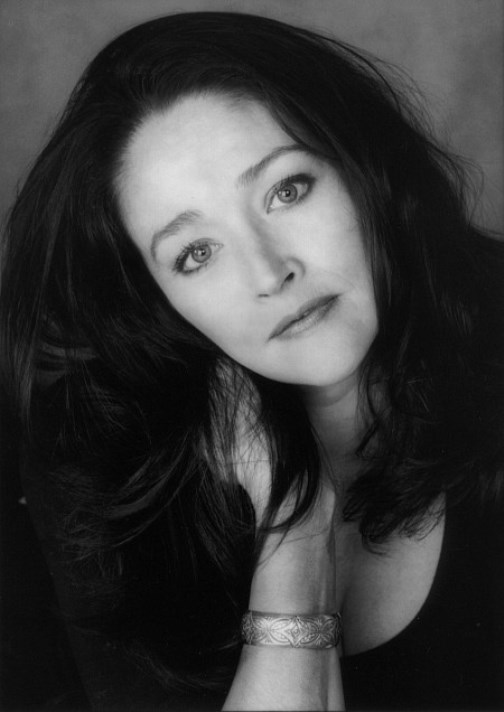 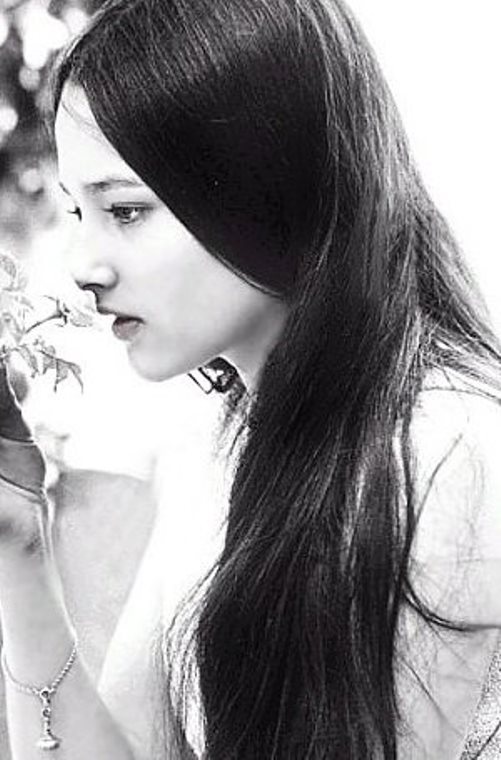 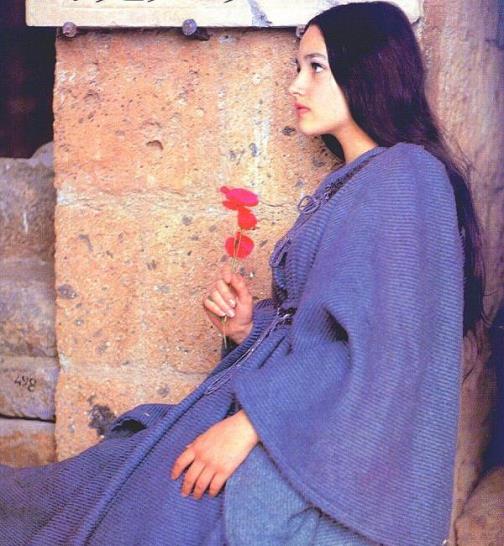 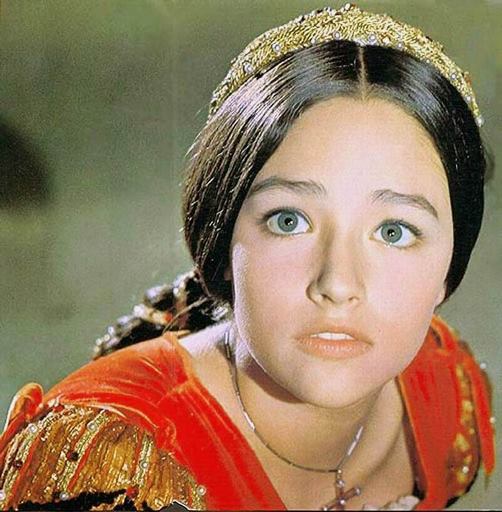 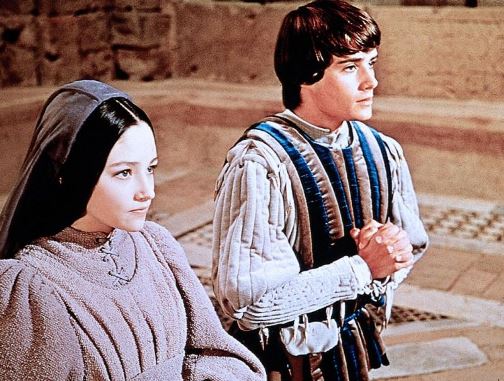 Olivia Hussey as Juliet in Romeo and Juliet, 1968 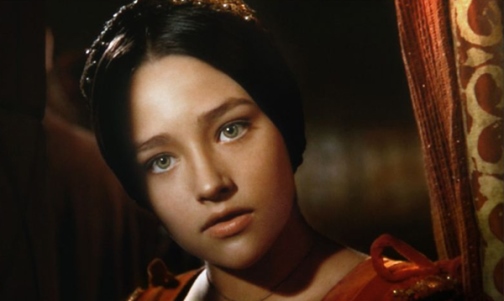 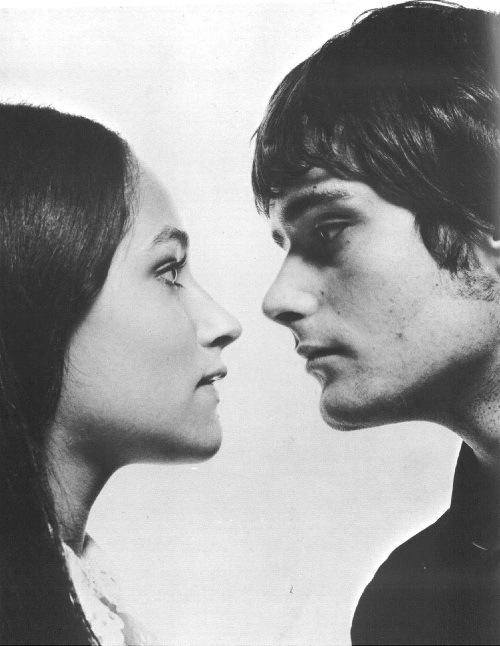 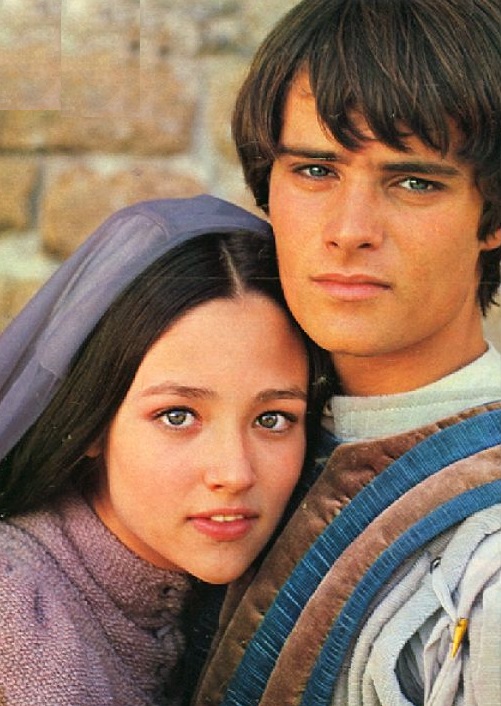 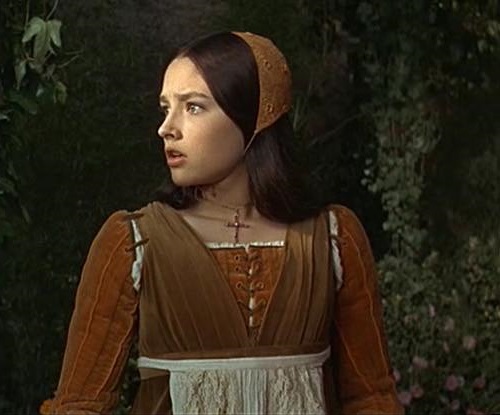 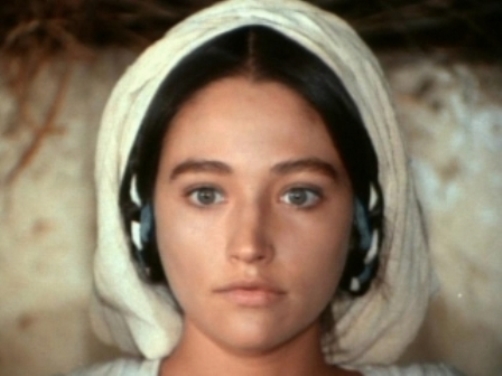 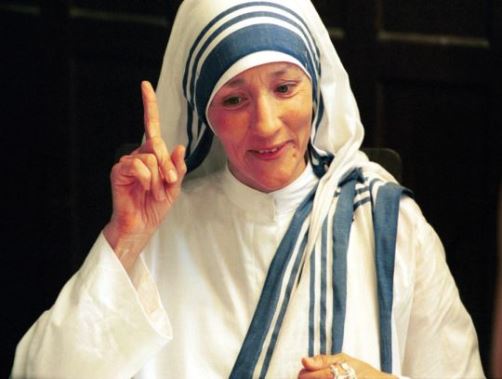 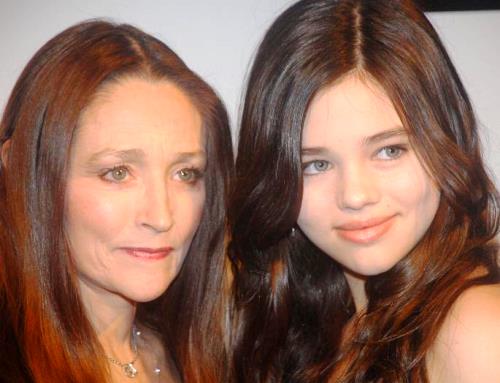 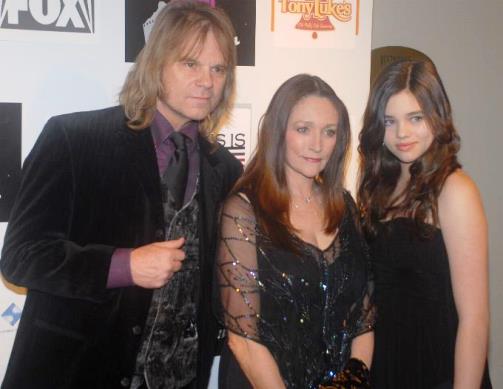 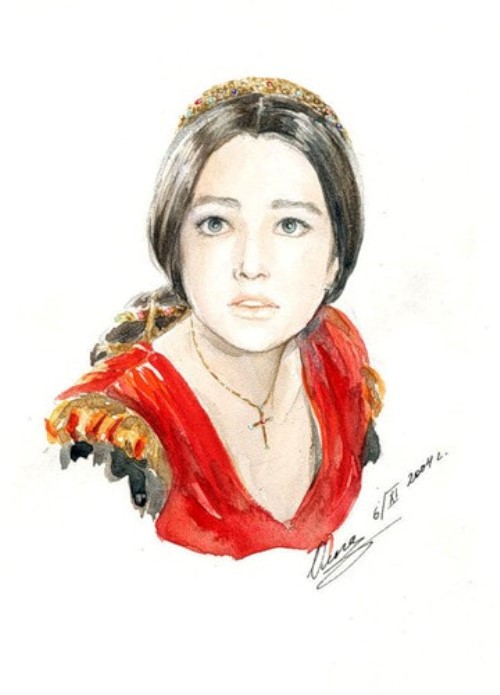