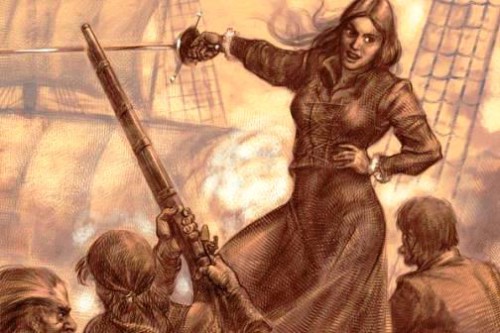 Queen of pirates Granuaile
Born Grace O’Malley in 1530, Connaught, Ireland, she got the name Grace by the British. However, the queen of pirates fought or put up with them all her life. Named Grainne at birth, she then got the nickname Granuaile, which means Bald Grainne. “Bald” she was at thirteen years old, when asked her father to take her with him. But her father explained that the woman on the ship – a bad omen. As a result, she took scissors and cut off her short dark curls! “Done, now I am a man!” Her father laughed and took the daughter on a trading expedition to Spain.

Family nest
Owen Dubdara, which means Black Oak, was the chief of Clan O’Malley (in Gaelic – Umall-Uahtara) who lived in the present county of Mayo, in the far west of Ireland. In this inhospitable land, who for centuries lived off the sea, members of the clan were famous for seafaring skill. They said that they are born and die under sail. After breaking up with almost all the leaders of the county of Mayo, Owen was hiding from their revenge in his castle – rectangular stone tower, on the ground floor of which kept cattle, and on the top – the people lived. There also was born Granuaile about 1530. Gaelic women said that Owen too disbanded his daughter – allows her to go to sea, put the gear and even engage in battles. His wife Margaret disliked it, but Black Oak wanted to listen to nobody. When his daughter was sixteen, he died suddenly.

Granuaile’s brother – Domnall, nicknamed Donal of the Pipes, became the new leader. Granuaile was married to the deputy leader of the powerful Clan O’Flaherty – Donal of the Battle. Soon appeared three children – Owen, Murrow and Margaret. Granuaile was quickly tired of keeping the house, and she returned to the sea. The sailors willingly obeyed the new mistress. Her high-speed galleys easily overtook merchant ships and their owners faced a choice: your money or your life? Granuaile also practiced racket, charging rich tribute for safety. 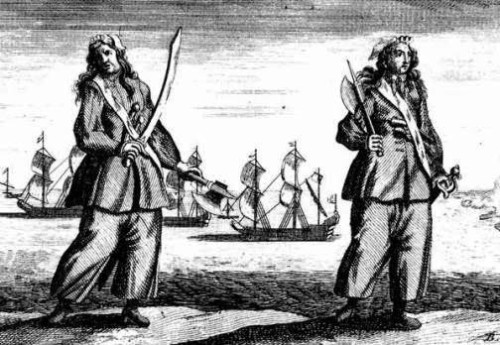 In 1560, Domnall was killed in one of the skirmishes, and the widow had to give up power. Taking with her two hundred volunteers, she returned to her native land, where her brother gave her Clare Island, conveniently located on the trade routes. There, she again took up the old business and soon regained her power at sea. 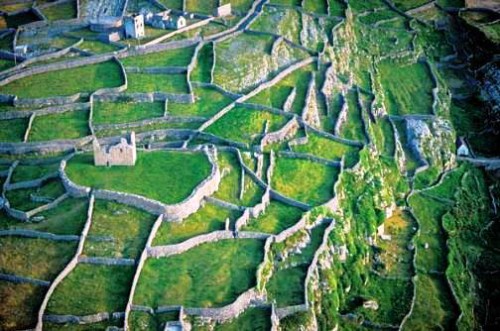 Inshimor. Aran Islands. County Clare. View of the ruins of the castle.

Killing and looting, Granuaile did not forget to atone for sins in the chapel at the well on the island of St. Brigid Clare. On the way to it Granuaile once came across a wrecked ship and lying next to it a young man in fine clothing. It was a noble English gentleman Hugh de Lacy, a descendant of counts. Granuaile took care of the young man and fell in love for the first time. Almost half a year she didn’t leave her island, and then the happiness ended. Hugh went to hunt deer on the Mayo coast, where he was killed by warriors of McMahon clan. The leader of the pirates’ fury was immense. By bringing the fleet, she killed them one and all. And then attacked Dong, the citadel pf McMahon, expelled from her previous owners and populated the fort with her men. 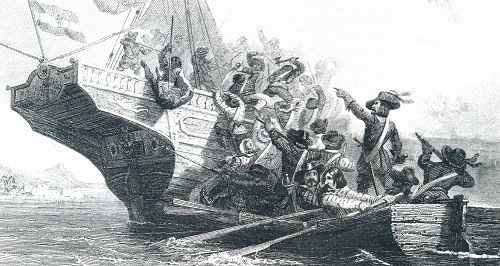 Trial marriage
Gradually, in the hands of Granuaile was all Mayo coast, except for the castle Rockfleet, which was owned by Iron Richard Burke. Granuaile offered herself as his wife to Richard. According to Irish tradition, they entered a trial marriage for a year. During this time the pirate-queen settled in Rockfleet, and a year later, when Richard returned from a trip to his castle, he saw the locked gate and his wife, who briefly said: “Go away, I’m getting divorce with you”. Richard left, but they didn’t become enemies – maybe because Granuaile bore him a son. 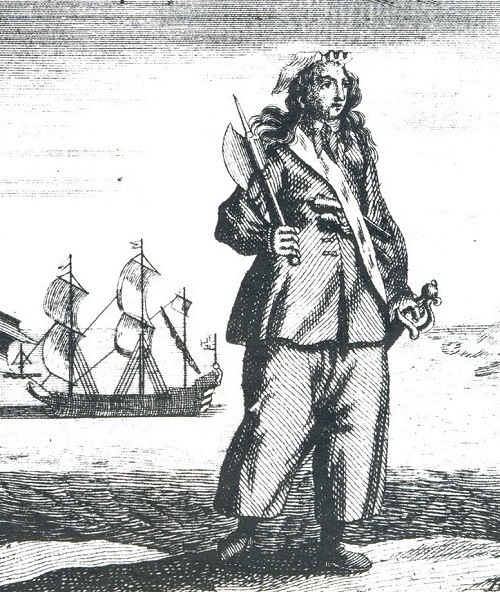 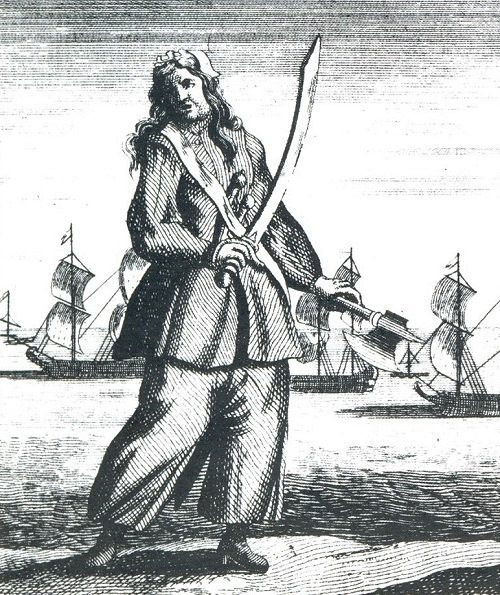 Meanwhile, almost all the leaders of the western Irish clans were already resigned to the British. In 1577, it was the turn of Granuaile. 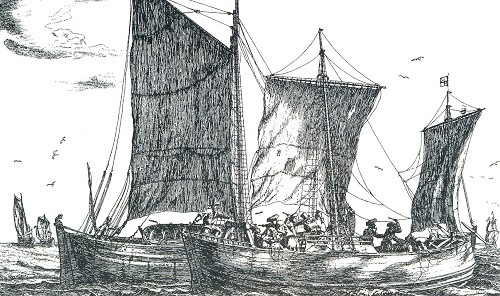 Having caught sight of the sails of ‘Rockfleet witch’ with a picture of a magical sea horse, many captains at once prepared to give up. 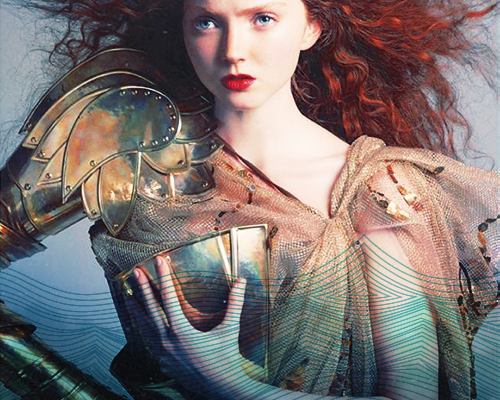 In 1583, Richard Burke died. Soon Sir Richard Bingham became the governor of the province of Connacht. Having started a real war with the clan O’Malley, in 1586, he ravaged the land Granual and grabbed her son Owen, who was killed “while trying to escape.” She lost another son, Murrow, who stood on the side of the British and helped them to hunt for the mother. 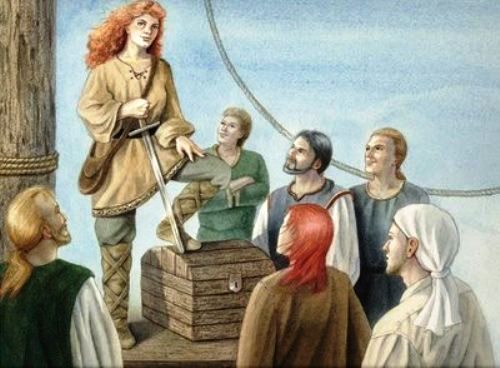 Gradually force the marine warrior melted, and the onslaught of the British continuously grew. Desperate to win, Granuaile wrote to the English Queen Elizabeth. in a letter Granuaile asked permission to “come down with fire and sword” for all enemies of the Queen in exchange for protection from arbitrariness British officials. 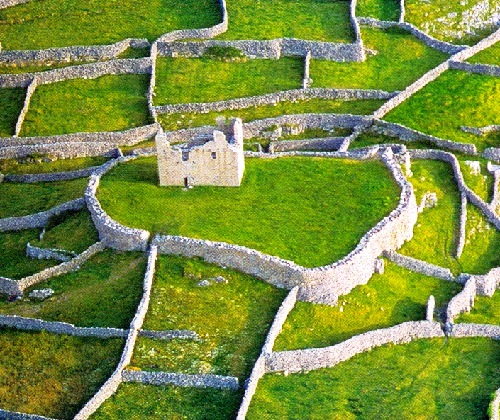 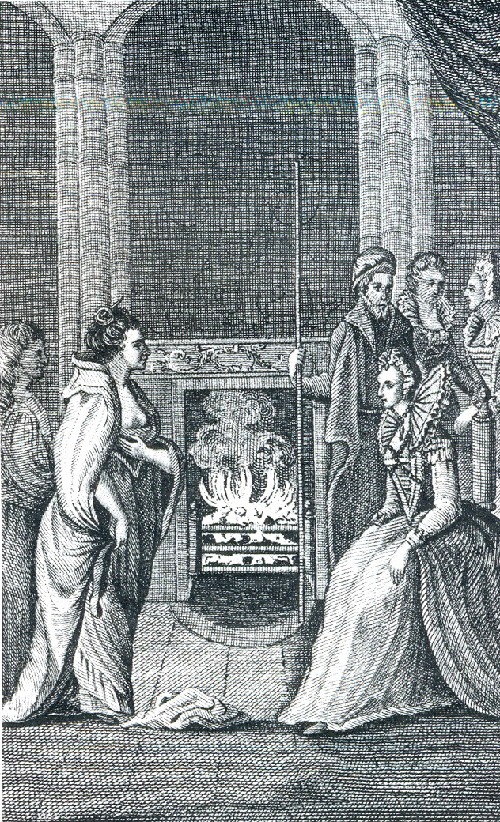 The meeting of Grace O’Malley and Queen Elizabeth I

After receiving the letter, Elizabeth sent an Irish 18-item questionnaire to determine whether Granuaile is a rebel. At this time, Bingham again attacked the land O’Malley and captured Granuaile’s son Tibbot and her brother Domnall. To help them out, she went to London, it was a very courageous act for Gaelic ruler, accused of piracy and mutiny. At the beginning of August 1593 in the Palace of Whitehall, a meeting of two women, two contemporaries who in no way resembled each other. Her meeting with the queen captures the engraving – the only in vivo imaging Granite O’Malley. 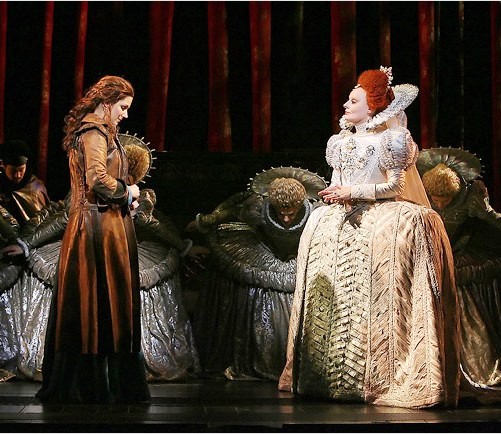 The meeting of Grace O’Malley and Queen Elizabeth I 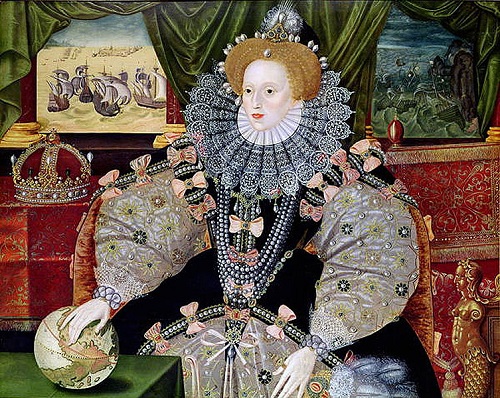 Portrait of Elizabeth to commemorate the defeat of the Spanish Armada (1588), depicted in the background. Elizabeth’s hand rests on the globe, symbolizing her international power

What Queen Elizabeth I and pirates’ queen talked about – remains unknown, but soon the Governor of London sent the order: release from the prison her son and brother, to stop attacks on her and respect her rights and privileges. It is possible that that the Queen of England just liked this woman – straight, harsh, unlike her court hypocrites. 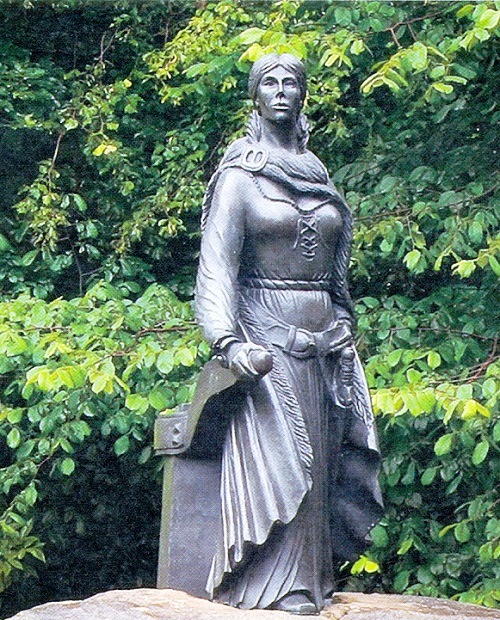 A bronze statue of Queen of pirates near the West PortHouse, built on the site of the castle of Granuaile. “Strong on land and at sea” (scanned image)

In March 1603, died Elizabeth I, and soon, when exactly – is unknown, she was followed by Granuaile. According to one version, she died in battle. On the other – peacefully reposed in Rockfleet and was buried in the family chapel on the island of Clare under the proud motto Terra Marique Potens – «Strong on land and at sea.” The tomb O’Malley was ruined a long time ago. But the chapel, as well as lock in Rockfleet preserved today, having become a place of pilgrimage for many fans of pirates. 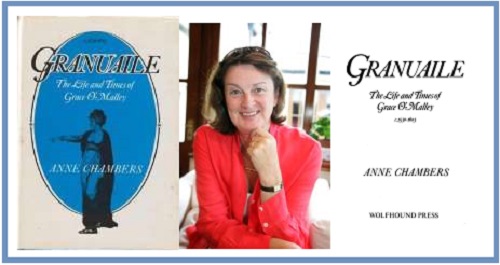