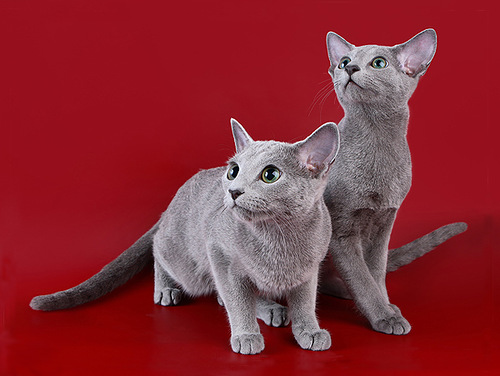 In fact, it is a beautiful silver-blue coat that gave the breed its name – The Russian Blue cat. Known for being very intelligent, curious, and tranquil animals, they are sensitive to basic human emotions. Also, they enjoy playing with a variety of toys and develop extremely loyal bonds to their loved ones. In addition, the Russian Blue is famous for getting along very well with children, small pets, (and even dogs), and other cats. Sometimes called Archangel Blue, the Russian Blue originated in the port of Arkhangelsk, Russia. 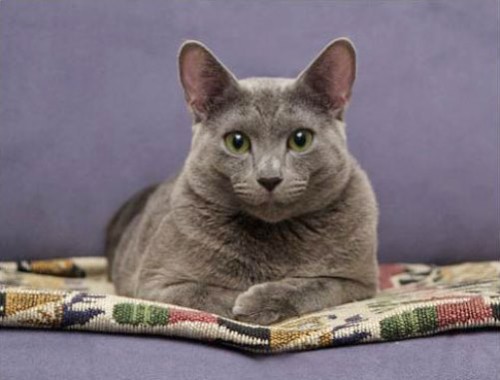 The breed spread mainly in Russia and Scandinavia after World War II. Prior to this, a lack of numbers of Russian Blues led to cross breeding with the Siamese.

Although Russian Blue cats were in America before the war, it was not until the post-war period that American breeders created the modern Russian Blue (seen in the US today). This became possible by combining the bloodlines of both the Scandinavian and English Russian Blue cats.

Unfortunately for breeders and show makers, the short hair slate gray/blue color is often in random-breed (or non-specific domestic) cats.

Although used on a limited basis to create other breeds (such as the Havana Brown) or add type to a breed in creation (the Nebelung), Russian Blues themselves are short-haired, blue-grey cats.

In particular, the Russian Blue has bright green eyes, two layers of short, thick fur, and a blue-gray coat. The color is a bluish-gray that is the dilute expression of the black gene.

The coat, known as a “double coat,” with the undercoat being soft, downy, and equal in length to the guard hairs, are an even blue with silver tips. The tail, however, has very dull, almost unnoticeable stripes. Only Russian Blues and the French Chartreux have this type of coat, described as thick and wonderfully soft to the touch. The silver tips give the coat a shimmering appearance.
Its eyes are almost always dark and vivid green. Any white patches of fur or yellow eyes in adulthood are faults in show cats.

Meanwhile, there is a belief that the Russian Blue produces less glycoprotein Fel d 1, one source of cat allergies. The thicker coat may also trap more of the allergens closer to the cat’s skin. 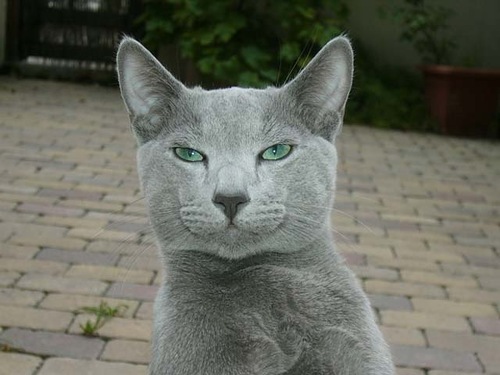 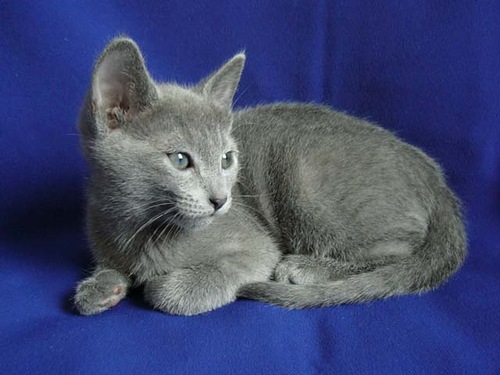 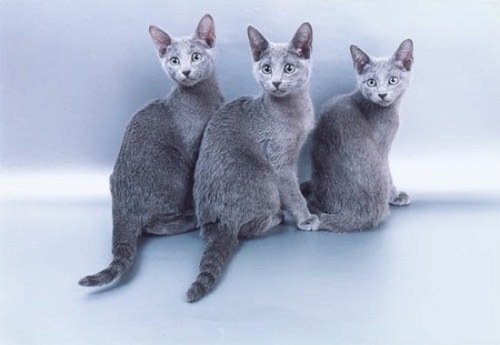 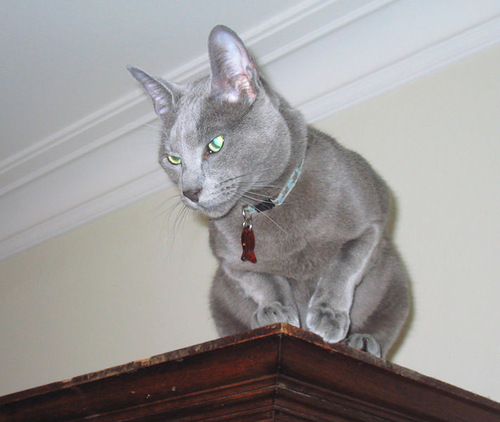 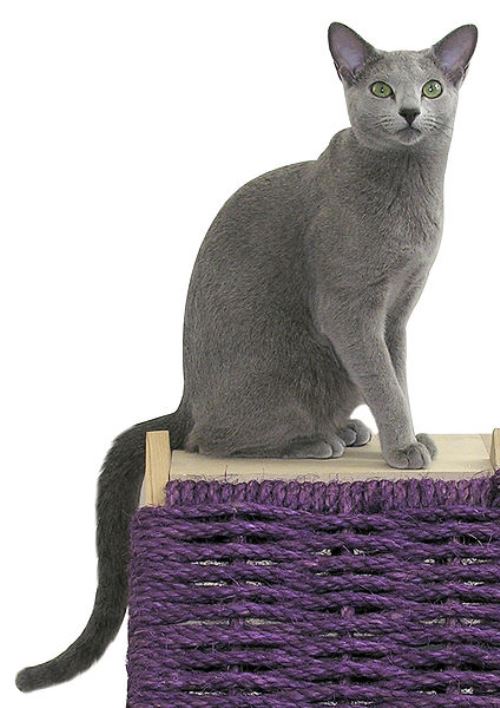 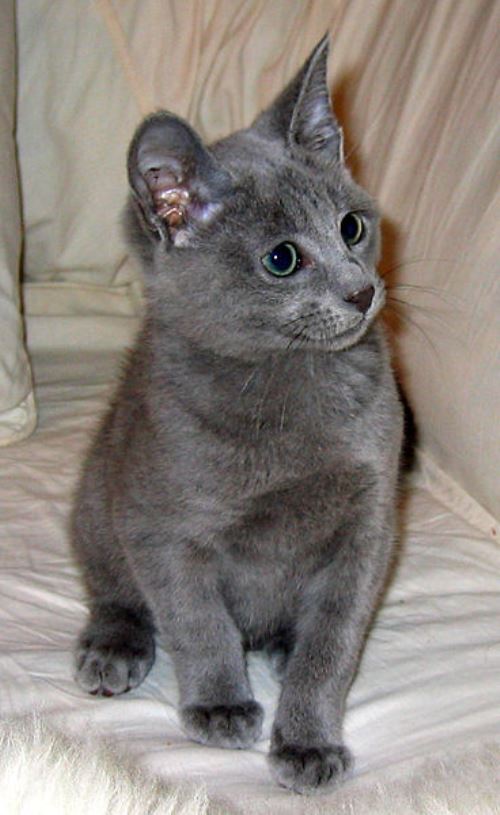 A kitte of Archangel Blue breed 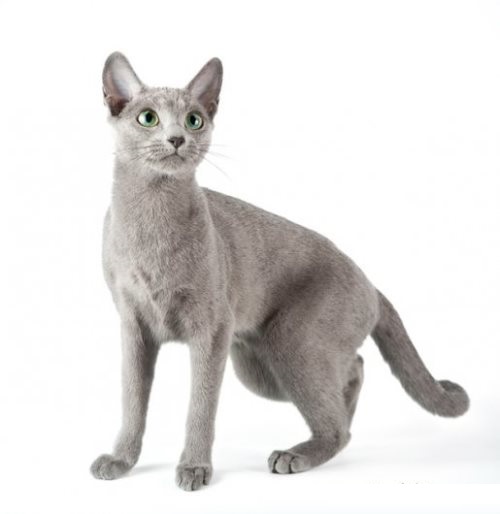 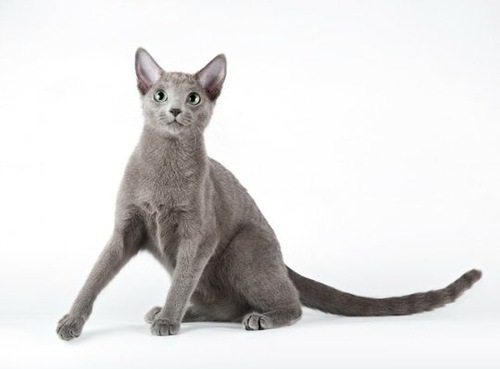 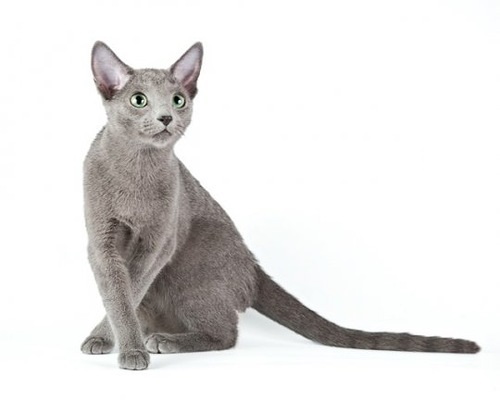 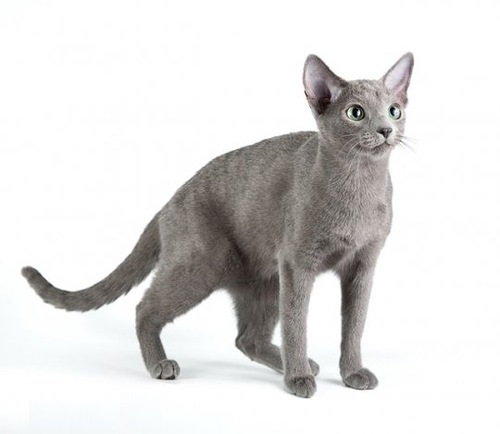 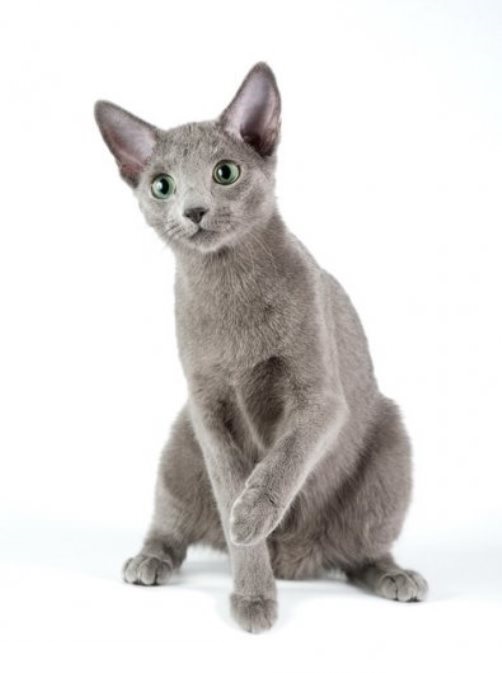 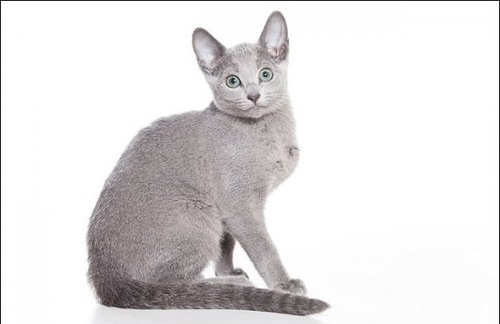 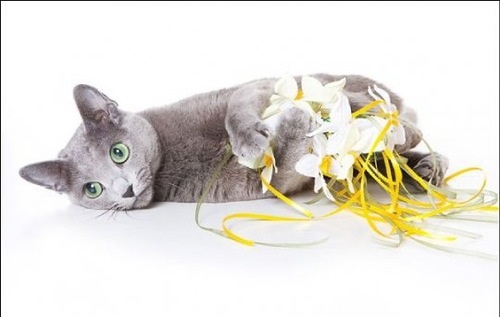 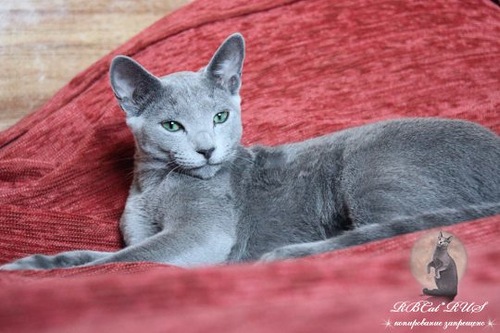 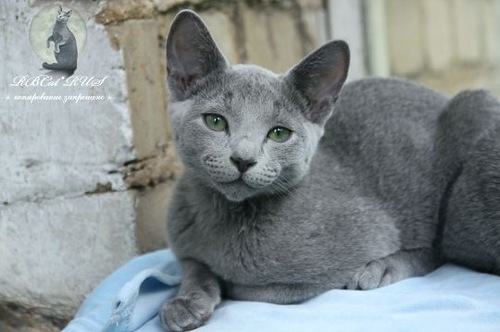 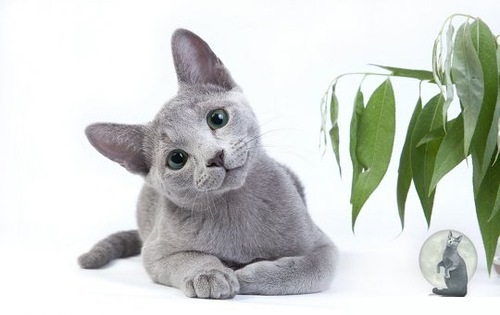 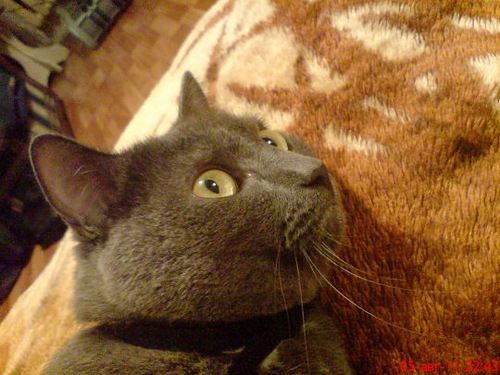 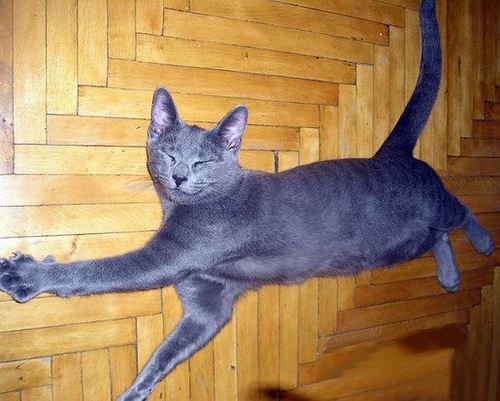 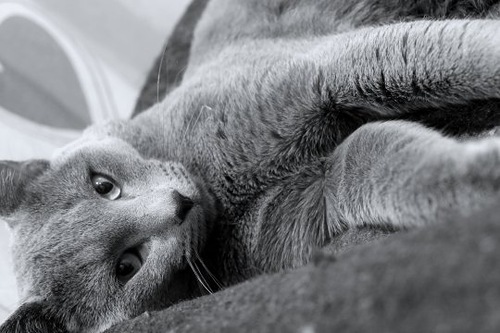 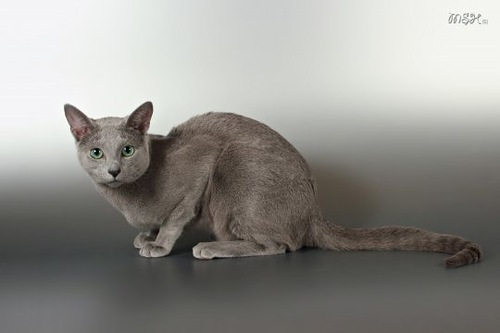 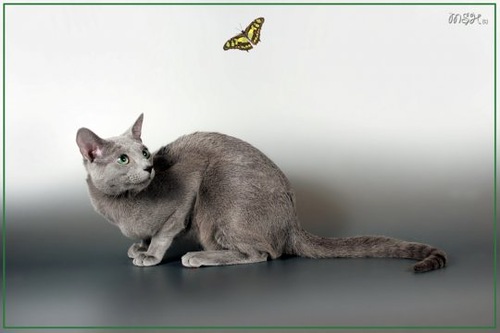 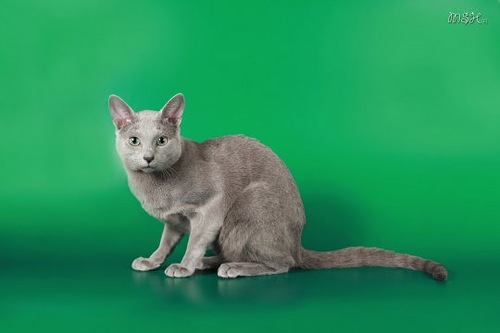 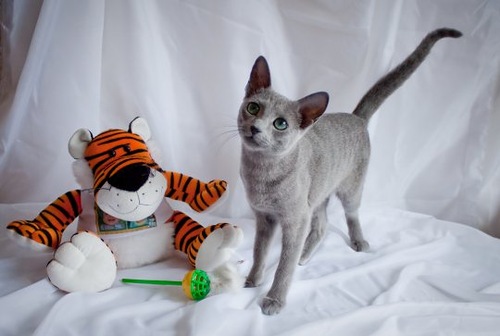 A toy tiger and a cat 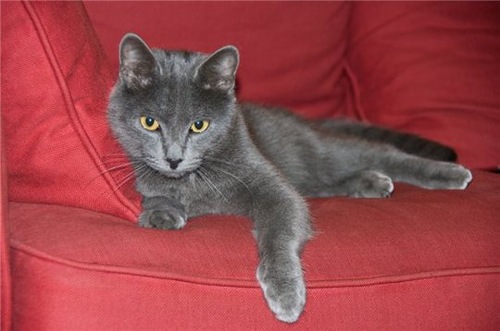