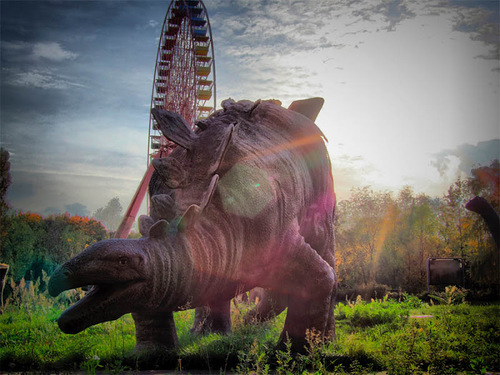 Abandoned Amusement Park in Berlin
Spreepark PlanterWald, near Treptower Park in Berlin, full of fallen dinosaurs, appeared in East Berlin (the former GDR) in 1969. However, today, hidden behind security barriers, or camouflaged with faux facades it pretends that it does not exist. Located in the middle of a major European city – Berlin, close to the much-visited Treptower Park, it became abandoned since 2001.
Called Kulturpark Plänterwald in 1969, it occupied an area of ​​29.5 hectares near the river Spree, being the only “sedentary” amusement park in the territory of GDR. Until 1989, the park survived the reunification of both Germanies and moved into private hands. In particular, it became the property of the Spreepark Berlin GmbH company and started to develop successfully.
However, the idyll did not last long – it turned out that the assets of the founder of the company are very doubtful, and by 2001 it declared itself bankrupt. Finally emptied in 2002, its former owner and his family moved to Peru to seek happiness. But in South America, in 2004 he was sentenced to 7 years for attempting to smuggle 180 kg of cocaine, and his son and heir in a couple of years went after his father for 20 years for the same drug. 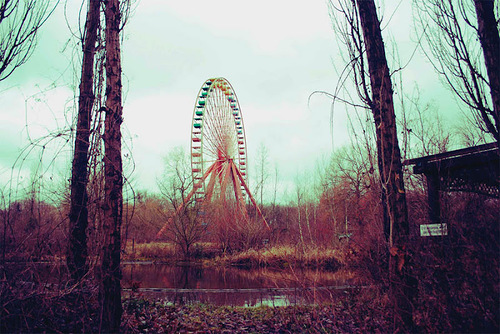 A wheel attraction in the park 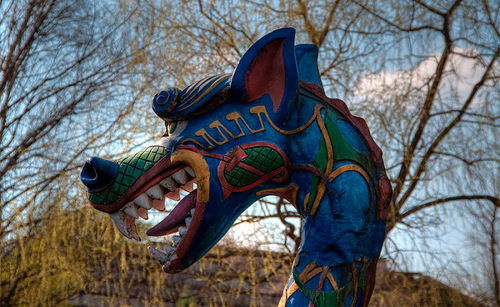 Head of a fallen dinosaur 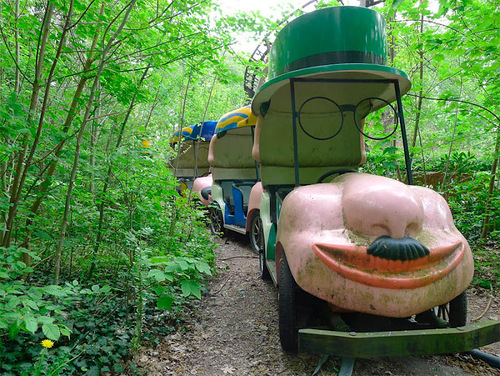 Surreal train in the Spreepark PlanterWald in Berlin 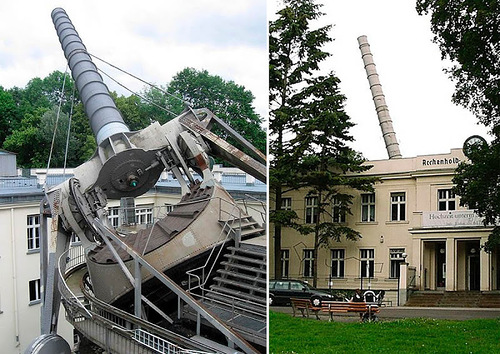 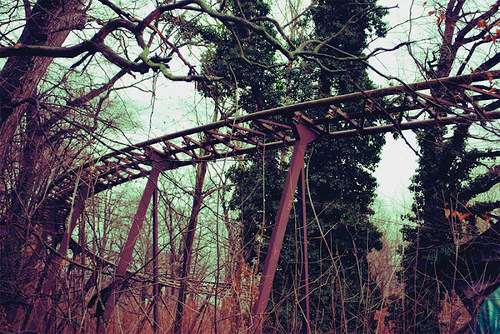 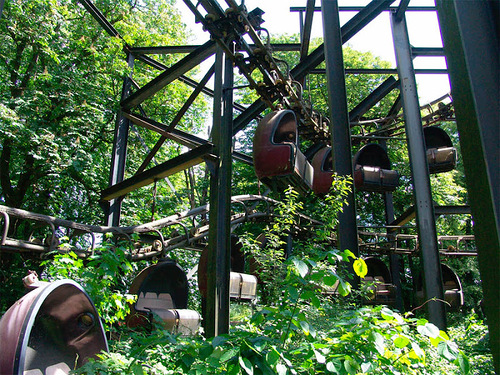 Constructions in the abandoned Park Spreepark PlanterWald in Berlin 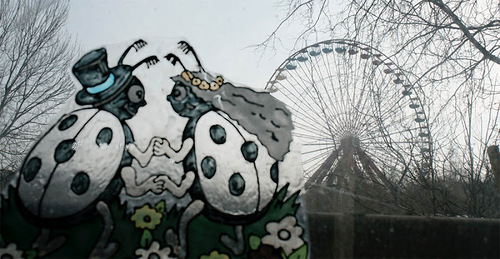 A couple of beetles, sculpture in the abandoned park 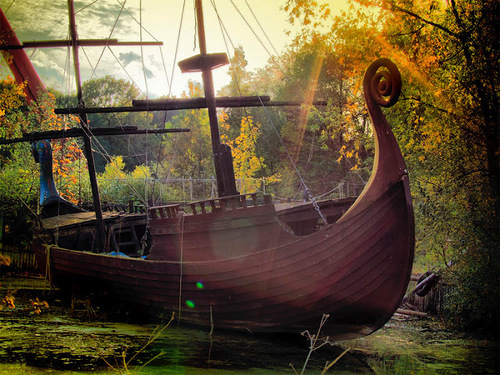 Photos of the abandoned park 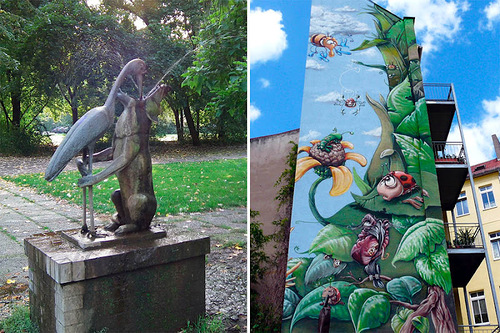 Sculpture in the abandoned Amusement Park 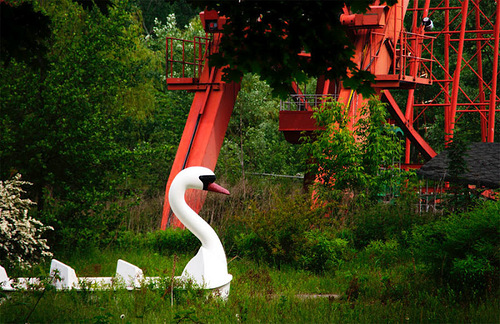 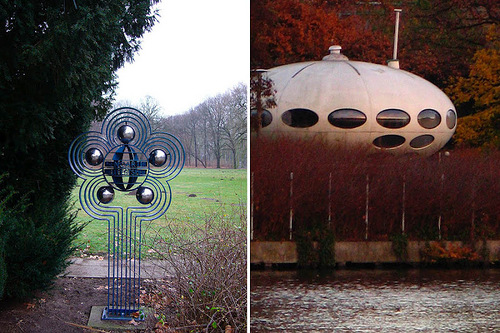 UFO and art objects in the park 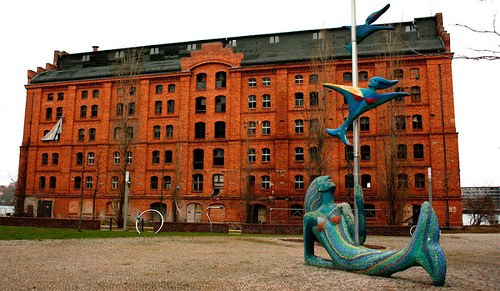 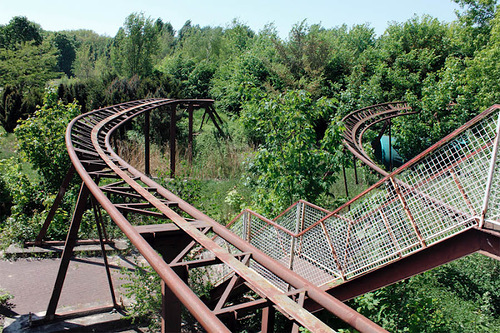 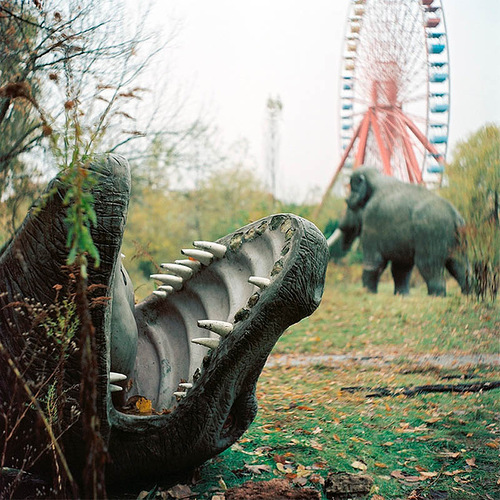 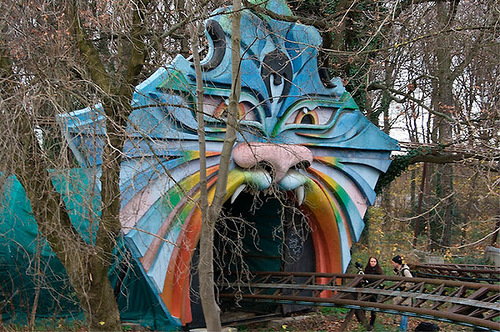 Attraction in the abandoned Amusement Park in Berlin 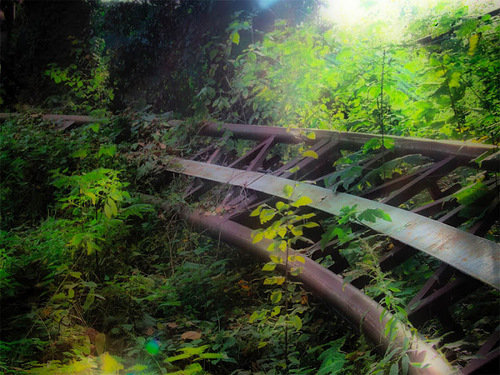 Sad view of the abandoned park