« Stylish horses hairstyles
Plants that never give up » 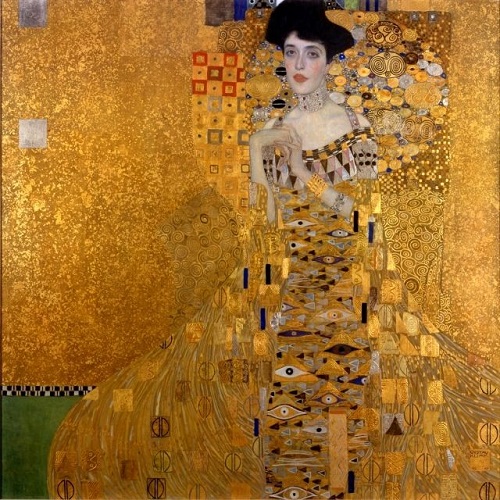 Symbol of Austria Woman in Gold. Portrait of Adele Bloch-Bauer by Gustav Klimt

Until recently, the “Woman in Gold“, a masterpiece of 135 million dollars, was called “Vienna Mona Lisa” or the symbol of Austria, and the crowds stared at it in the Vienna gallery, only to see a beautiful picture, shimmering gold with their own eyes. This is the story of a woman – a state ideal, whose family was humiliated and practically destroyed. By the way, the name “woman in gold” appeared much later. Gustav Klimt painted portrait of Adele Bloch-Bauer in 1907, at the time she was 26 years old. The portrait was commissioned by her husband, “sugar king” of Europe, Ferdinand Bauer. Their union was approved by the parents on both sides, because both spouses were from the elite families of the Vienna Jewish community. 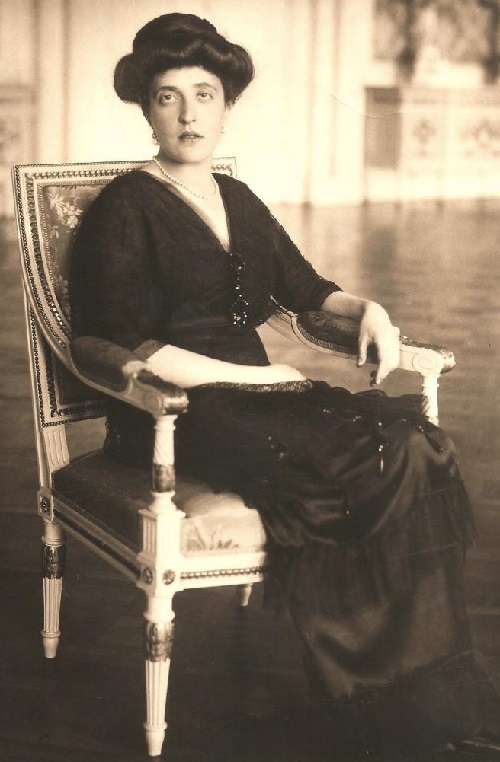 The married Adele entertained herself by hosting lush cultural evenings, where gathered artists, poets, and the jet set of Vienna. It was there that she met the artist. Gustav Klimt was a fashionable and sought-after artist, innovator, who did not want to stick to traditions of the past in his art.

Ferdinand ordered a portrait of his wife, he wanted the portrait to last several centuries. It was clear that the painting could not only be an excellent investment of capital, but something special. 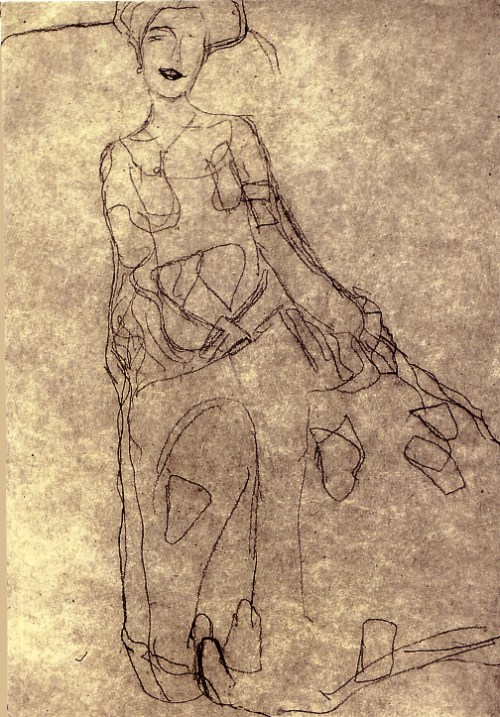 Klimt drew about a hundred sketches for the portrait, and in four years it was finished: 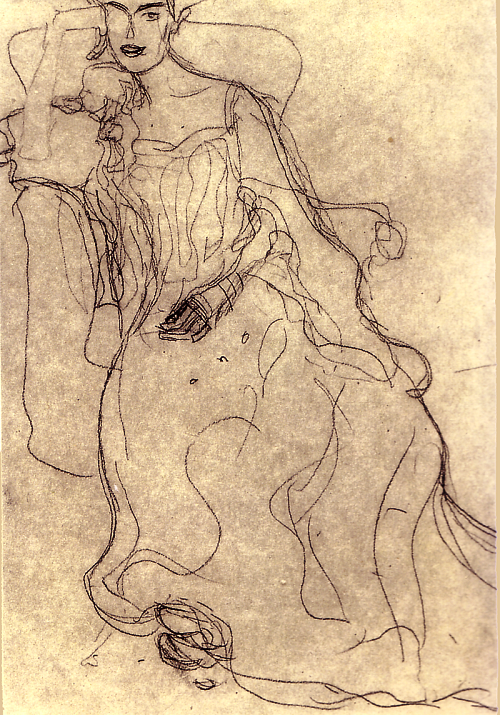 Adele was not able to become a mother; with fragile health she often did not get up from bed for days. All her unspent motherly love she gave to her sister’s children, and most favorite of them was Maria. They often talked, discussing balls and dresses, as well as paintings by Klimt, that decorated their home. Maria was very attached to her aunt.

Adele lived a short life, died of meningitis in 1925. Before her death, she bequeathed the portrait and three pictures to the Viennese museum Belvedere. 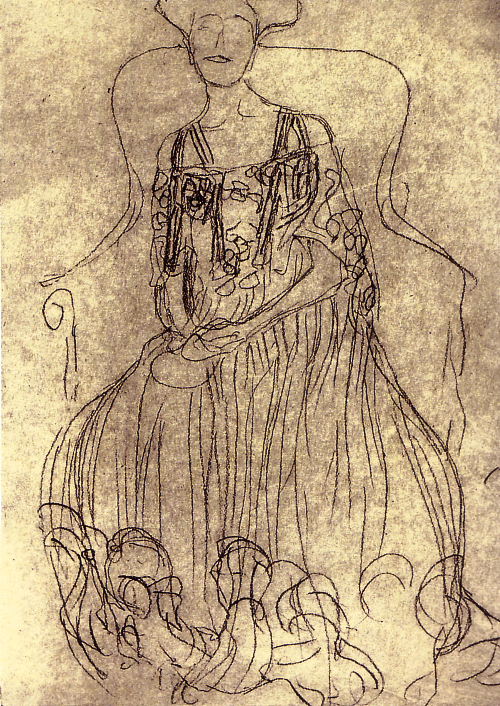 In 1938, Austria was a part of Germany, and a bloody hunt for Austrian Jews began. Realizing that money and position in society are powerless before Nazism, Ferdinand flees to Switzerland, leaving all the property in the care of his brother.

Adele’s favorite Maria was the youngest of five children in the family. In 1938 she married Frederick Altman, an opera singer and son of an industrial magnate. The famous diamond necklace, in which Adele Bloch-Bauer posed for Gustav Klimt, her uncle Ferdinand had given her as a wedding gift. 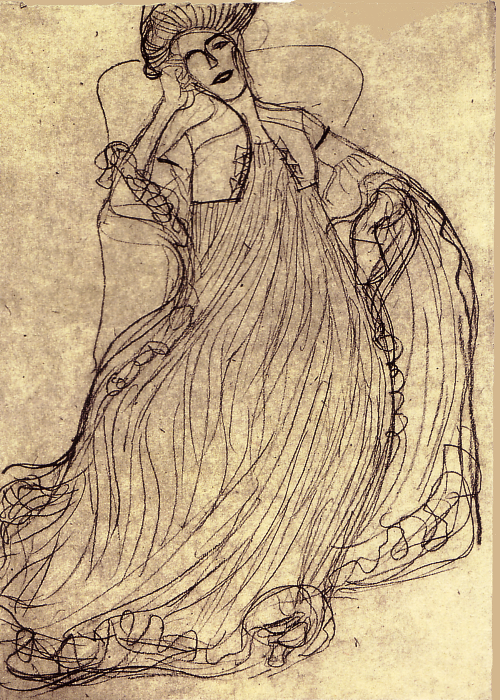 When the Nazis began to hunt for Austrian Jews, Ferdinand fled to Switzerland, and her husband Frederick was captured and sent to the Gestapo. A little later he was in the concentration camp in Dachau, where thousands of Jews were turned into black smoke after all their property had been transferred to the German authorities. The Gestapo broke into the house of Mary in Vienna and took all the valuables – a Stradivarius cello, and a diamond necklace by Adele was just put into a bag (there were witnesses that the wife of Heinrich Himmler appeared in public in this necklace a few times). Maria had to immediately sign all the necessary papers, in which she renounce all movable and immovable property. She was ready to do anything to save her husband from death. 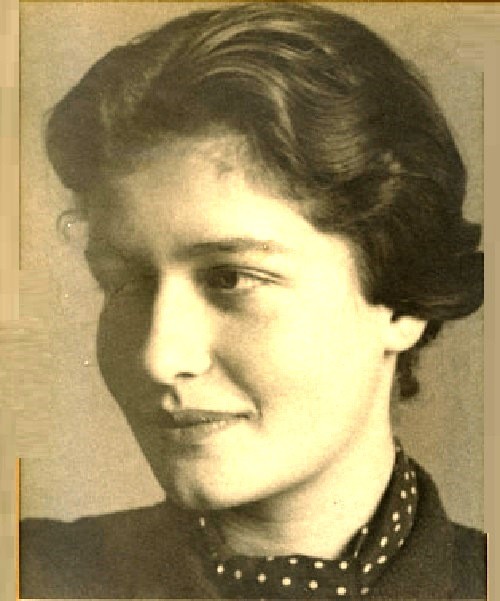 Maria expected the “Golden Adele” to be taken from her too. She almost was not surprised when her school friend Alois Kunst, accompanied by a detachment of the Gestapo came to her. Kunst collaborated with the Nazis, gathering paintings for their collection, some of which ended up in the recesses of the cellars of the Third Reich. When she asked how he could become a traitor, he said, that in this role he could do much more for Austria. 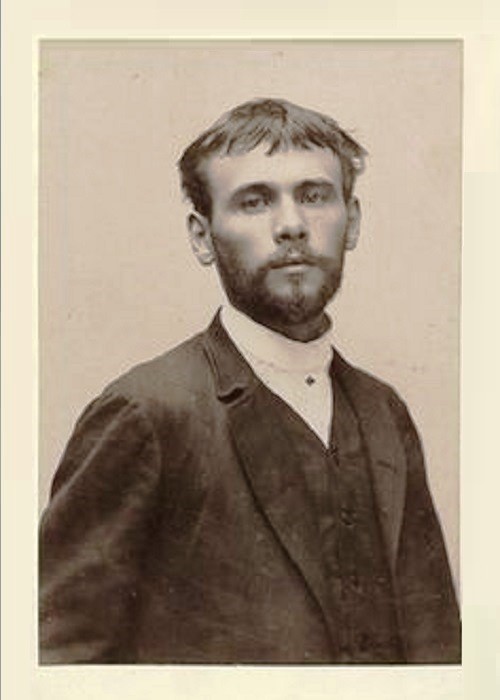 Adolf Hitler had a positive attitude to the work of Gustav Klimt. They met with Klimt, when Hitler tried to enter the Academy of Painting in Vienna. Then Klimt was already an honorary professor at the academy. While Hitler made his living drawing little pictures with views of Vienna and sold them to tourists in restaurants and taverns. He came to Klimt, to show his work and maybe to take some lessons of painting. Klimt announced, as a gesture of politeness, that Hitler was a genius and he did not need to take lessons. Hitler left very satisfied by Klimt and said to his friends that Klimt himself recognized him. Hitler failed to enter The Academy of Painting, instead of him, Oskar Kokoschka, a Jew by nationality, was lucky to be admitted. Maybe that’s why Hitler once said that his hatred of the Jews – is purely private. However, Klimt paintings were guarded in spite of the artist’s Jewish background. 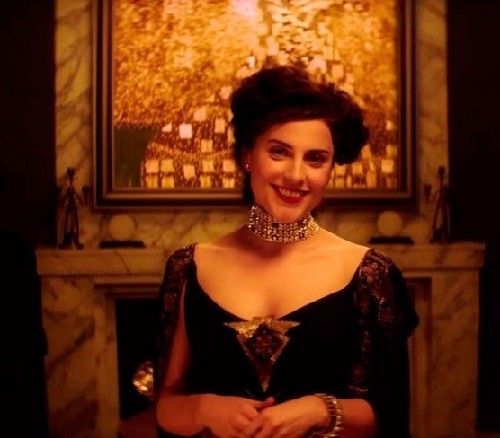 Adele’s Jewish appearance saved the picture. Such canvas could not openly hang in the best houses in Germany, and it was not accepted in the collection of Fuhrer. The painting mysteriously disappeared. However, after the war, it appeared at the Vienna Belvedere museum, which director became Alois Kunst, a former art critic of the Nazis.

Ferdinand died in Switzerland in 1945. Mary and her husband managed to escape; All her life she carefully kept her torn stockings, in which she was climbing with her husband through the barbed wire. The young family settled in the United States and in 1945 became American citizens, she and Frederik had four children. 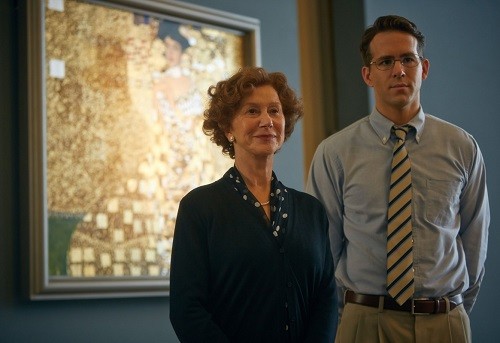 In 1998, Austria passed a law that allows to resolve issues of restitution of value of property seized by the Nazis. Earlier, in 1946, Austria recognized all legal acts motivated by Nazi ideology, void. However, the new law allows any citizen to request information on how the work came to the museum collections. The same year, an Austrian journalist unearthed in the archives the information that questions the official version of the emergence of Klimt paintings in the Belvedere. The version says that the paintings were donated by Adel’s husband, Ferdinand, in 1936. In fact, before the death, Adele bequeathed the painting to the museum, but her will could not be carried out, because the painting did not belong to Adele, it was her husband who payed for it. Would he pass the picture as a gift to a country that treated his family and countrymen so brutally? 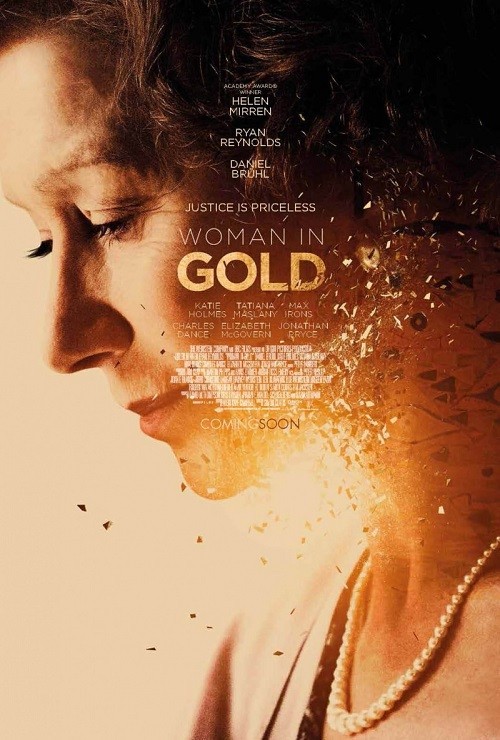 The only living heir of Bloch-Bauer, Maria Altmann, a citizen of the United States, has learned about the legal conflict, appealed to the court. In February 2006, the famous “Golden Adele” and four other paintings by Gustav Klimt by the decision of the international court, “Maria Altmann against the Republic of Austria” became her personal property. After the process, the Austrian government tried to negotiate with Maria. The price requested by Altman, during the month soared to 150 million, to $ 245 and then to 300. After Austria waived its right of pre-emption paintings, February 14, 2006, five Klimt paintings were brought to Los Angeles where Maria Altmann has lived since 1942. 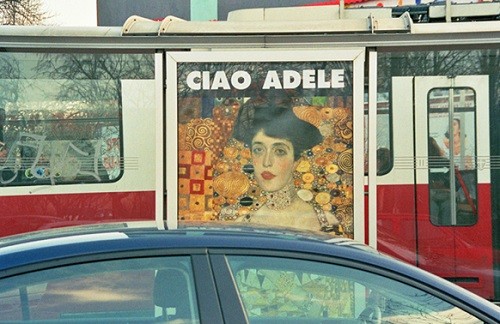 In February 2006, a huge number of residents and guests in the Belvedere in Vienna came to say goodbye to the Klimt paintings that have moved into private hands. Already in June 2006, the paintings were purchased by R. Lauder, heir to the Estee Lauder cosmetics empire. 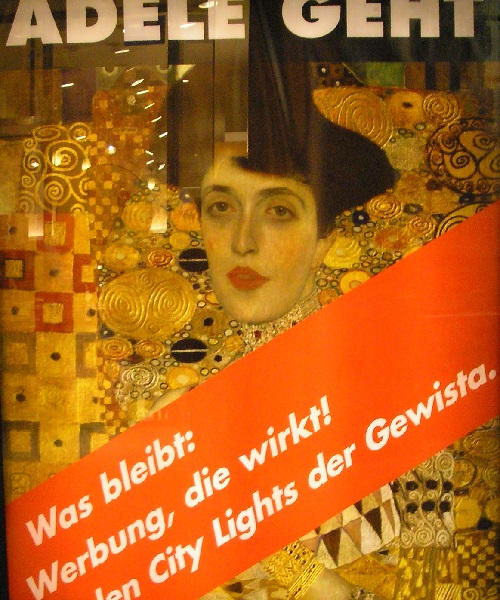 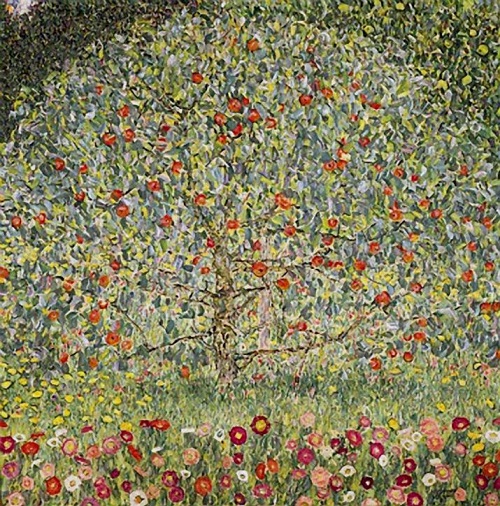 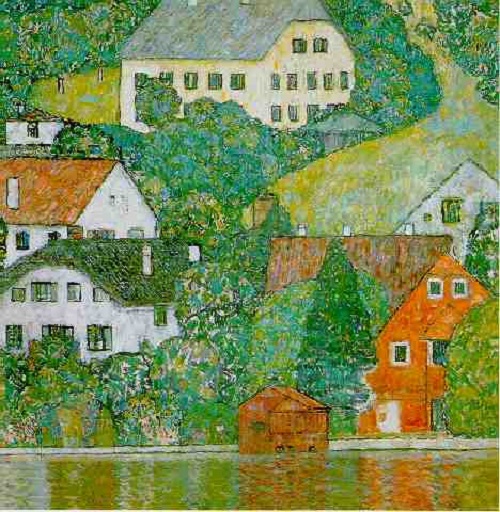 Houses in Unterach on Attersee 1916 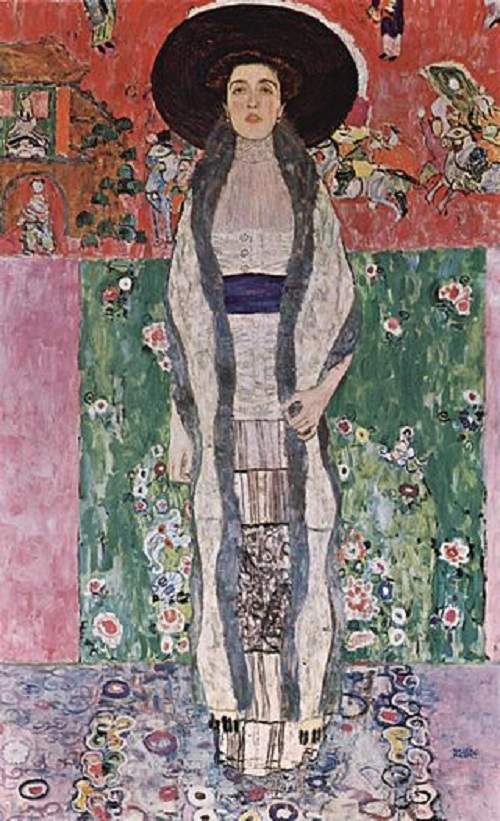