Gustav Klimt is 150
Born on July 14, 1862, Austrian symbolist painter Gustav Klimt would be 150 today. He grew in Baumgarten, near Vienna in Austria-Hungary. His works include paintings, murals, sketches, and other art objects. However, Klimt’s primary subject was the female body and his works – marked by a frank eroticism. Meanwhile, Austria is going to celebrate the 150th birthday of Klimt with special exhibitions all over the city. Also, guided walking tours through the city will allow people to see some of the buildings where Klimt worked. In addition, Google commemorated Gustav Klimt by a Doodle celebrating Klimt’s painting: The Kiss on his 150th Birthday. 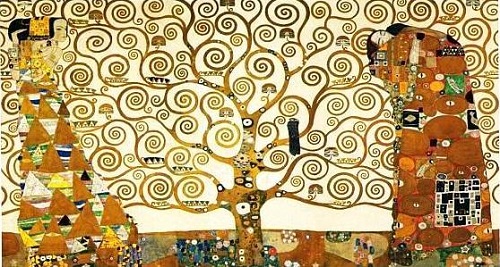 In nearly every culture Tree of Life is an important symbol. With its branches reaching into the sky, and roots deep in the earth, it dwells in three worlds- a link between heaven, the earth, and the underworld, uniting above and below. It is both a feminine symbol, bearing sustenance, and a masculine, visibly phallic symbol- another union. 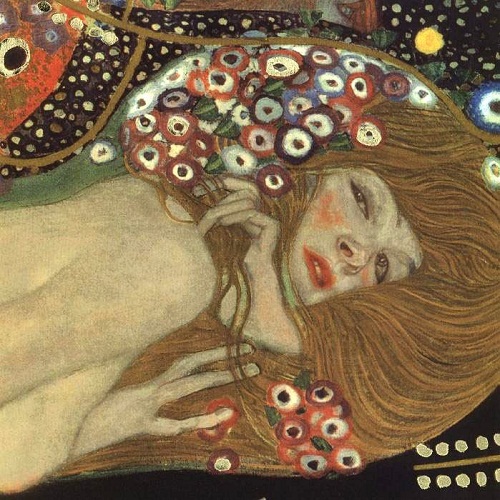 Sea Serpents by Gustav Klimt. The original masterpiece oil painting was painted in 1907 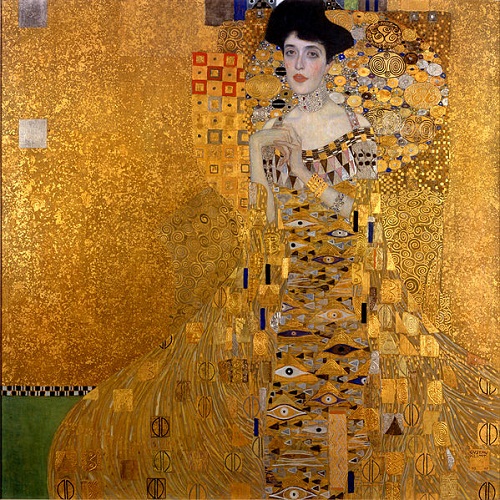 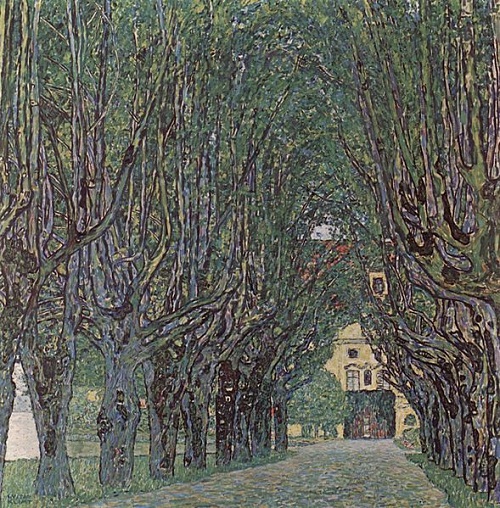 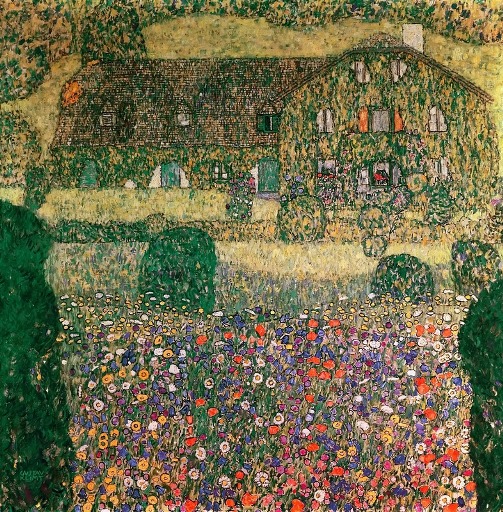 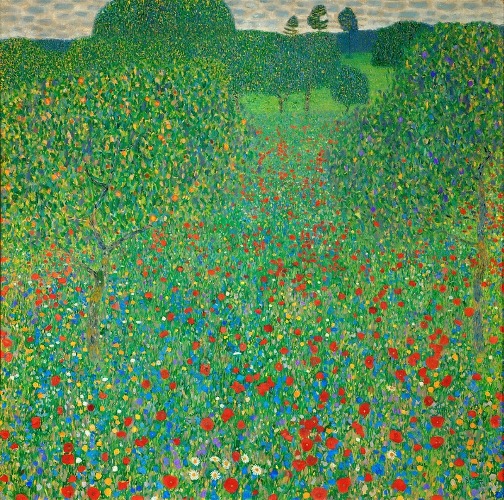 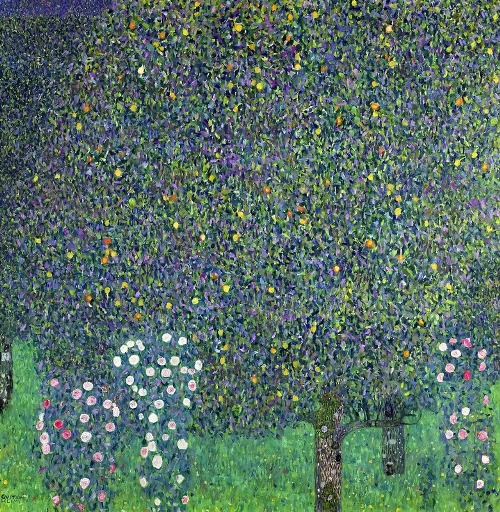 Roses under the trees 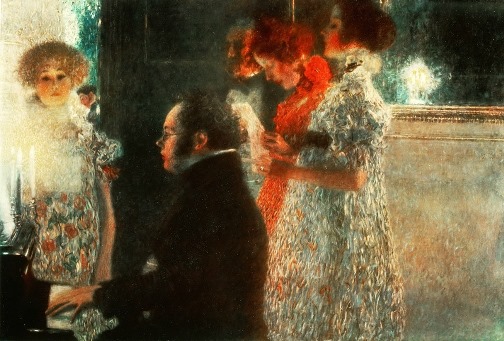 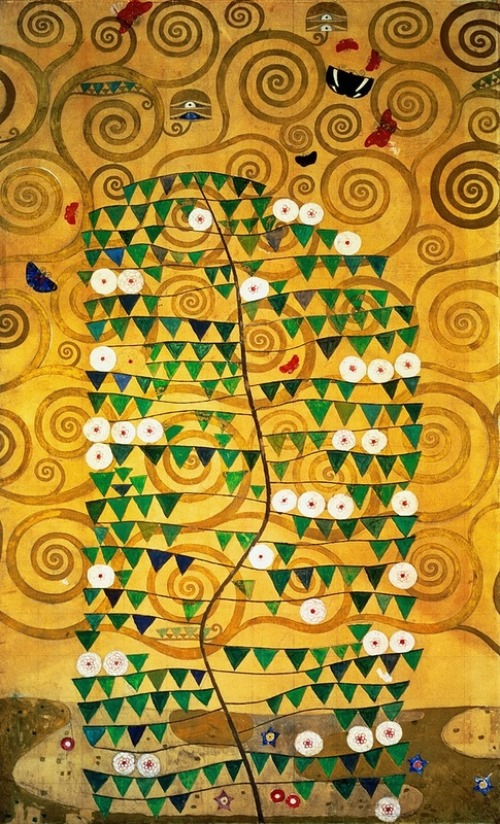 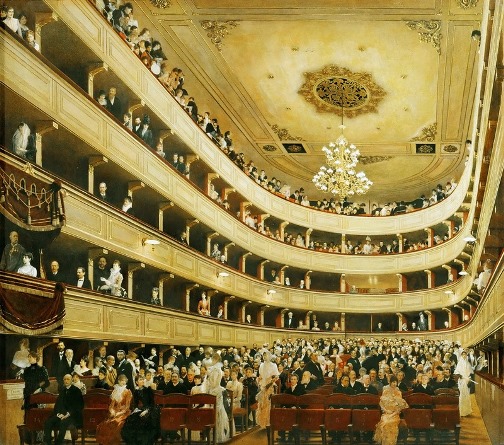 The Hall of the old palace theater in Vienna 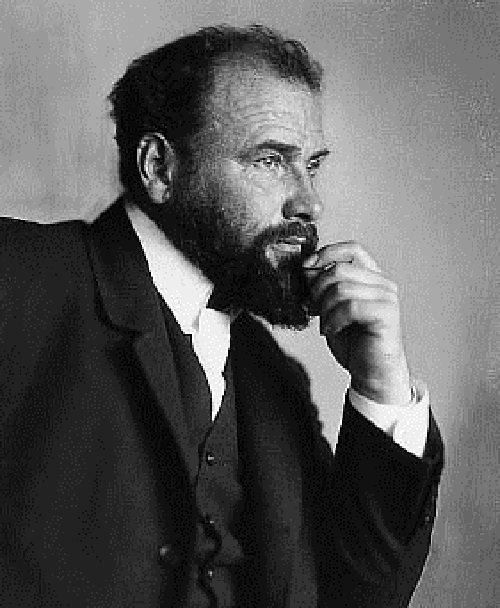 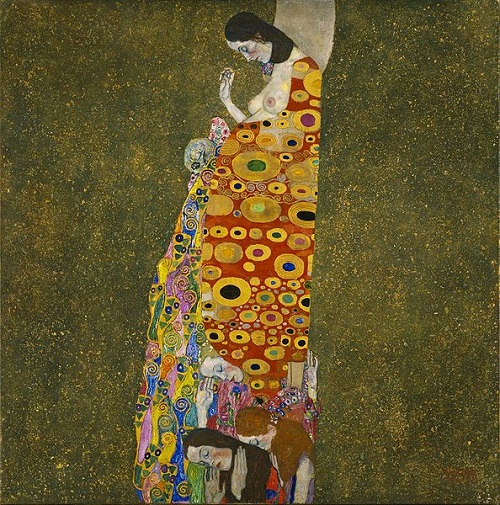 Judith and the Head of Holofernes, 1901. Österreichische Galerie Belvedere, Vienna 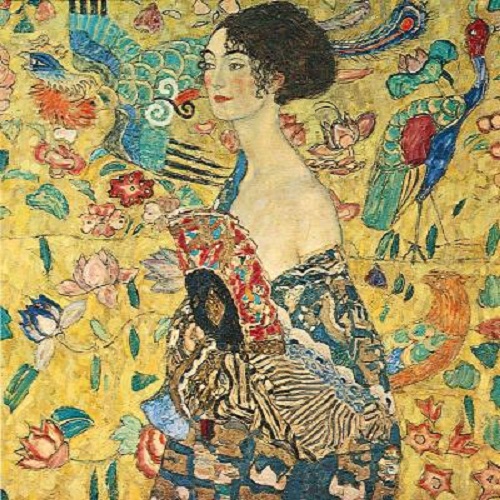 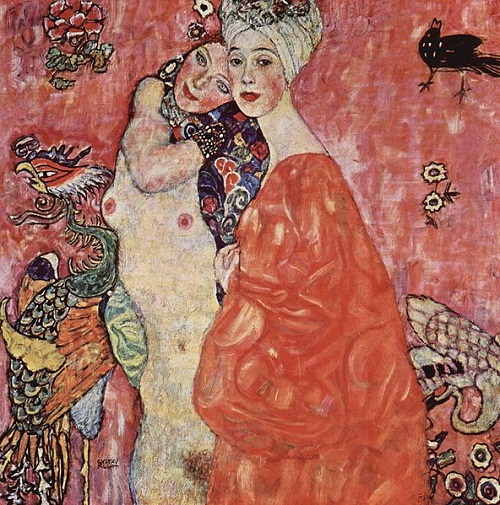