The breath of autumn by Aleksandr Kitsenko 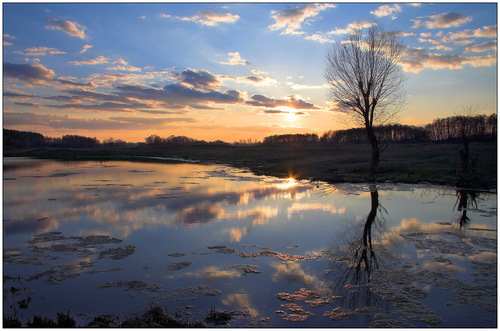 The breath of autumn by Aleksandr Kitsenko, Ukrainian nature photographer born on February 3, 1977, in Solonitsevka, near Kharkov. According to him, photography is his second and favorite profession, which he started in 2005. Since 2011 has been teaching landscape photography in two photography schools in Kharkov.
The works are wonderful, bewitch and attract the eye. But, one can hardly say that there is no photoshop in them, and probably there is. Just no camera is able to convey what the human eye sees. And photoshop just helps to convey to the viewer everything seen. The main thing in everything should be a measure.
Let flowers bloom around us, real ones, as in the pictures of Alexandr. Let Nature have such a natural, untamed special effects. The very word “photography” is one of the types of fine art, related to painting. And here is such an art, not spoiled by any artificial means, alive and breathing, like Nature itself. 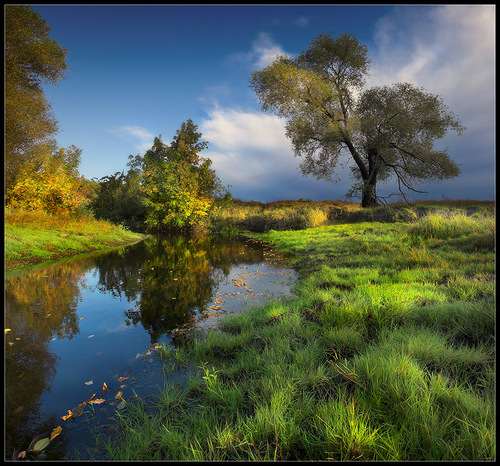 Breath of Autumn’s Being
by Corin

This must be it at last,
That long regretted first day of Autumn.
Seeds are borne aloft
High into a ragged blue sky
And yellow leaves bowl across the park meadows.
This first gale of the season bends even the tallest trees.
The wind harvests only a few leaves,
The rest, still green,
Cling tenaciously to their slender twigs.
Bouquets of yellow sycamore
And bright red flags of the horse chestnut
Are out for the Grand Parade of Autumn’s arrival.
In the park plum and apple trees
Await the second harvest of the year.
We pick them now
Lest their gifts should be wasted.
This world of waste
Cannot afford to discard more of nature’s bounty,
Not with such a hard winter coming.

The breath of autumn by Aleksandr Kitsenko 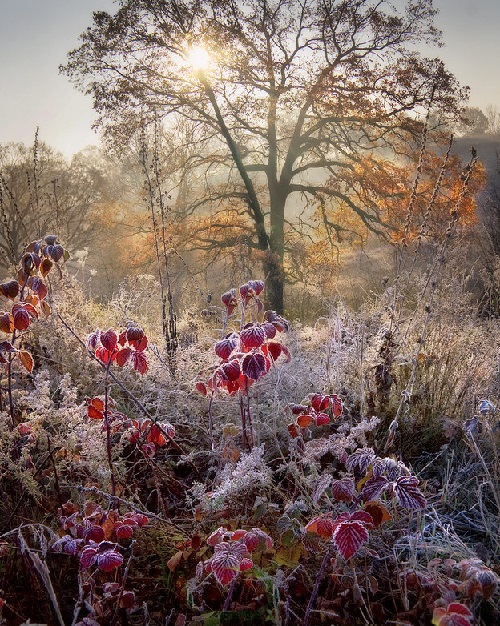 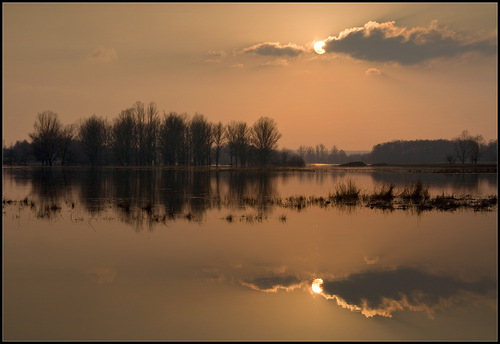 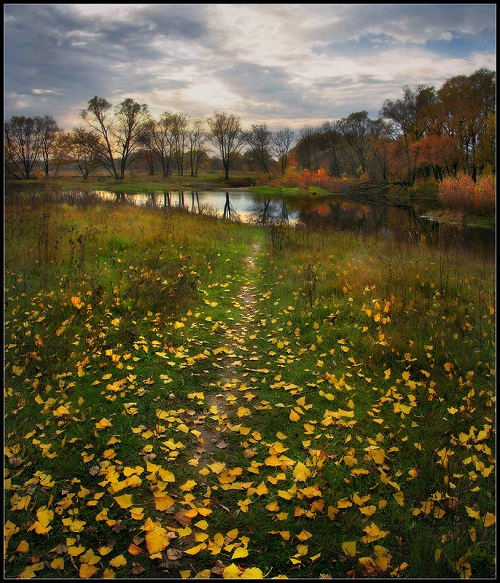 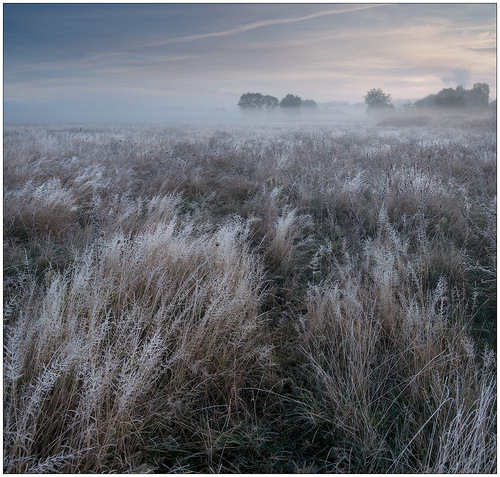 Herb in the wind 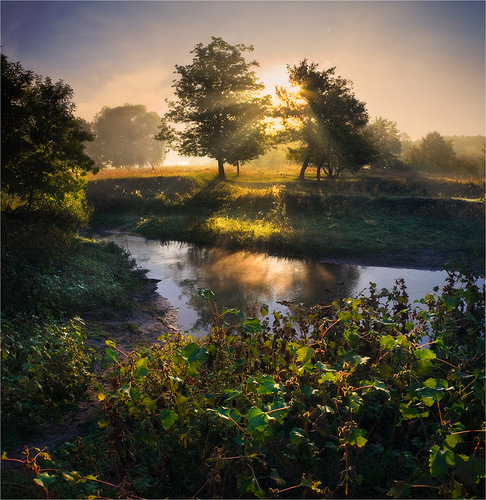 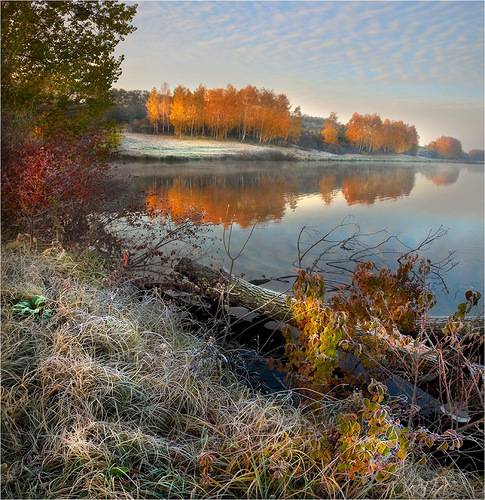 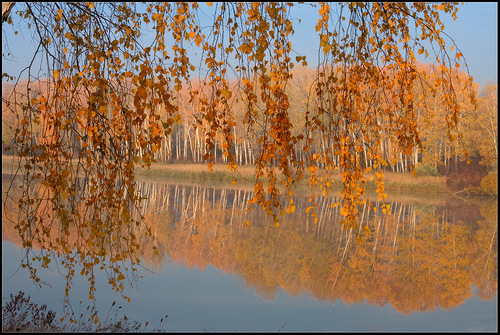 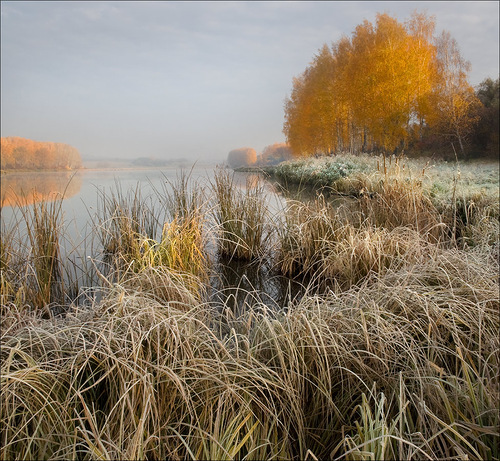 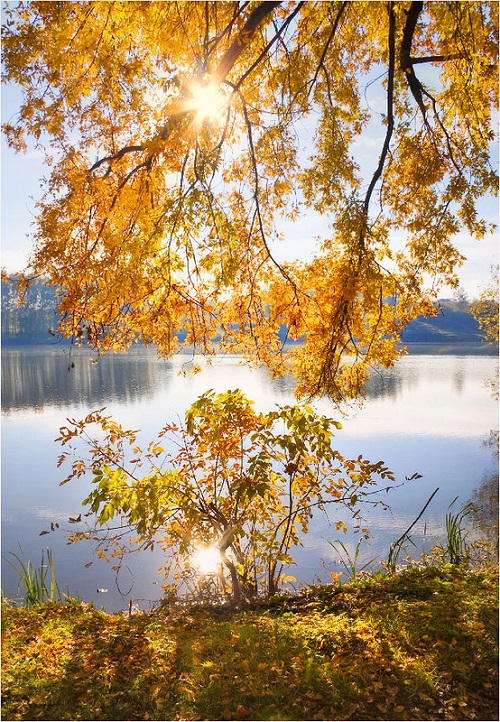 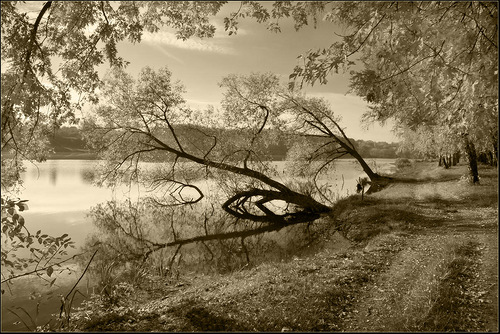 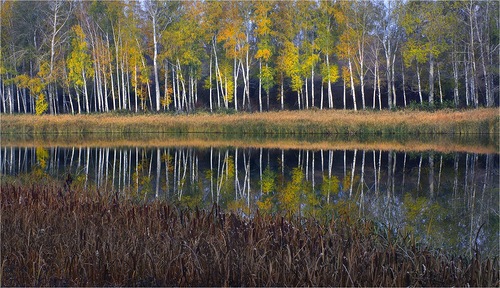 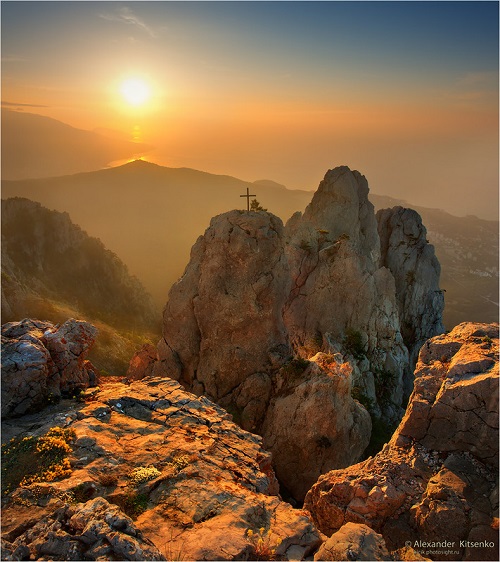 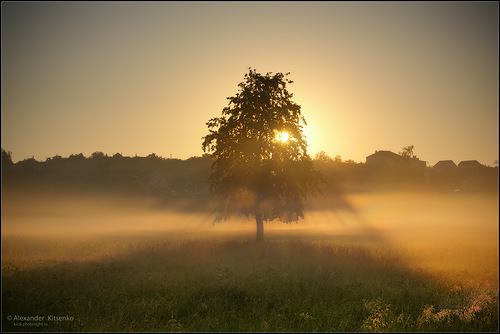 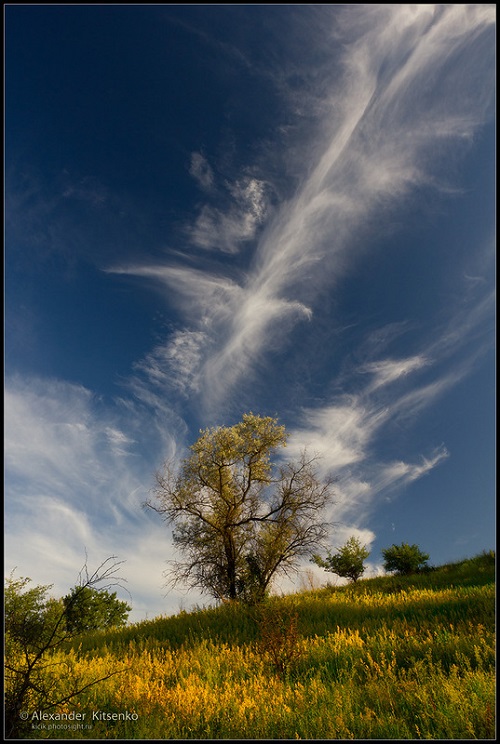 The patterns of sky. photo by Aleksandr Kitsenko 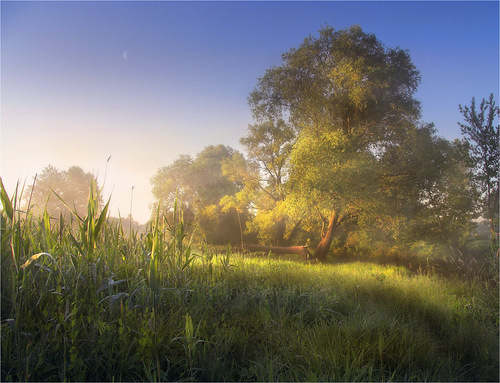 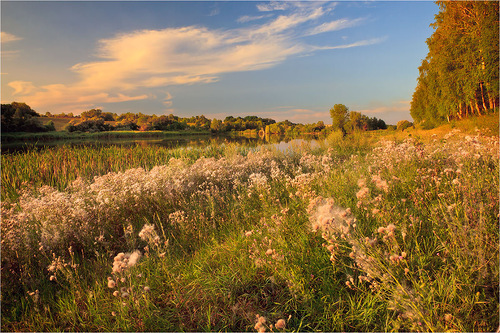 In the field. The breath of autumn