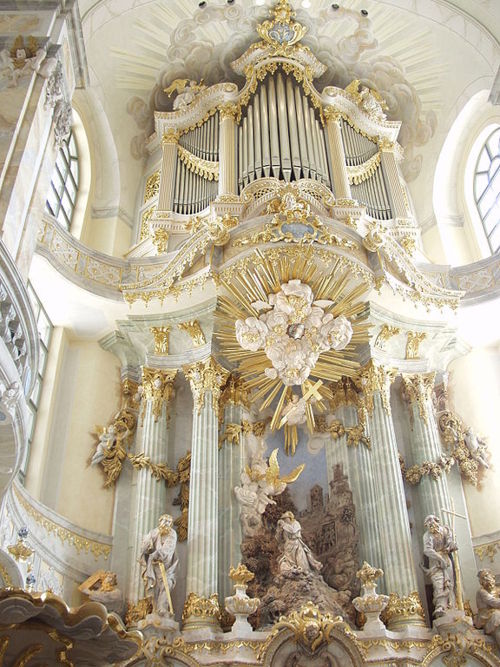 The Dresden Frauenkirche Lutheran church
Built in the 18th century in Romanesque architecture, the church badly suffered in the firebombing of Dresden during World War II. However, later reconstructed, it became a landmark symbol of reconciliation between former warring enemies. Completed in 2004 reconstruction showed its beautiful exterior in full glory, after 13 years of rebuilding. Reconsecrated on 30 October 2005, took place festive services lasting through the Protestant observance of Reformation Day on 31 October. In fact, The Frauenkirche church is to Dresden what St. Paul’s Cathedral is to London. 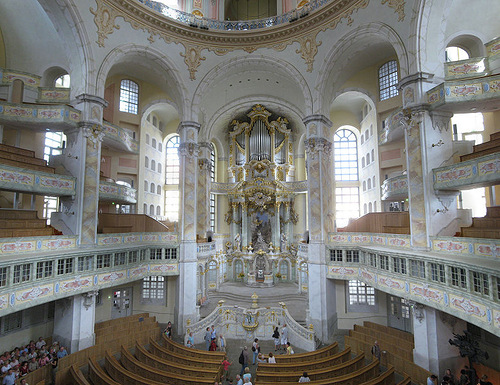 Interior with view of altar of the Frauenkirche

The reunification of Germany, brought new life to the reconstruction plans. In 1989, a 14-member group of enthusiasts headed by Ludwig Güttler, a noted Dresden musician, formed a Citizens’ Initiative. From that group emerged a year later The Society to Promote the Reconstruction of the Church of Our Lady, which began an aggressive private fund-raising campaign. The organization grew to over 5,000 members in Germany and 20 other countries. A string of German auxiliary groups were formed, and three promotional organizations were created abroad.

The project gathered momentum. As hundreds of architects, art historians and engineers sorted the thousands of stones, identifying and labeling each for reuse in the new structure, others worked to raise money. 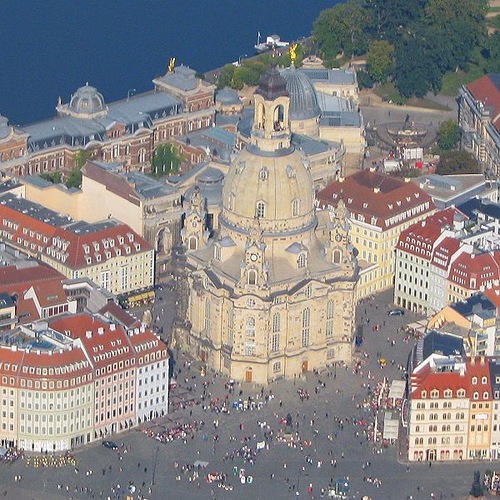 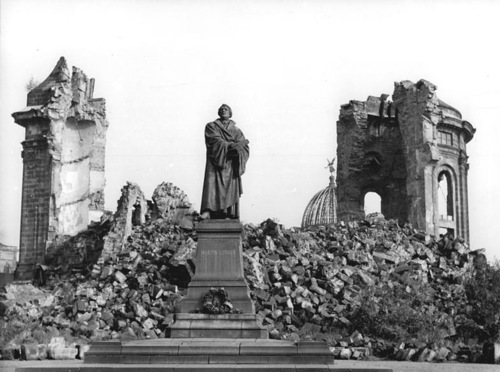 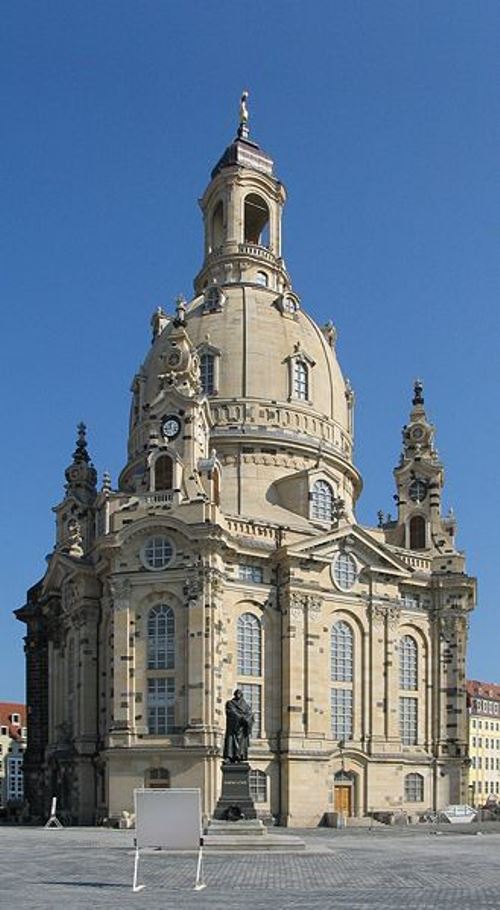 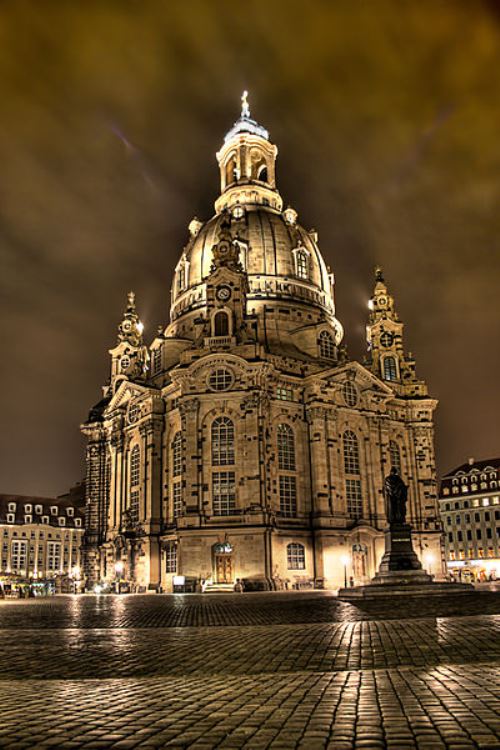