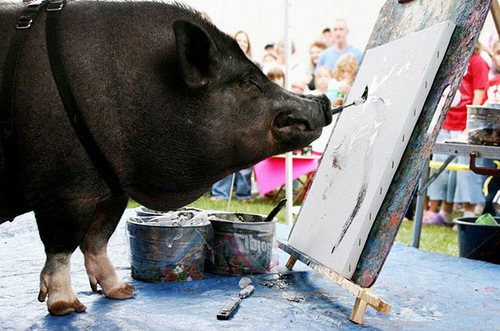 Famous Animal painters
In his native Richmond (Virginia), all know Smithfield pig as Pig-casso. In fact, it was Fran Martin, who quickly managed to teach a curious pig to keep a brush the mouth to drive it on paper. According to Martin, the pig’s favorite color is blue, he often chooses a brush with blue paint. Sscientists, however, argue that pigs can distinguish between colors. Unfortunately, in 2003, Smithfield was diagnosed with cancer of the nose. The artist had to go through chemotherapy and several operations. The pig was able to win the disease, and now Fran Martin jokingly compares his pet with Vincent Van Gogh. He lost part of the ear, and Smithfield – part of Piglet. 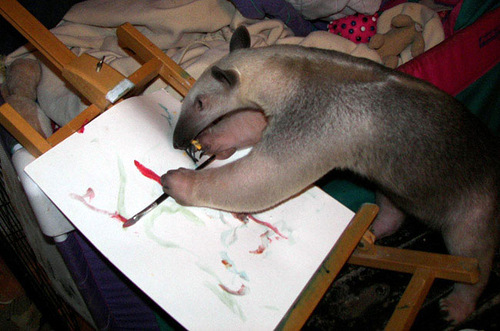 A resident of Oregon, Angela Goodwin took anteater Styui of a shelter for abandoned animals. Meanwhile, Angela trained anteater simple trick – to stand and walk on his hind legs. In addition, waving in front of a sign of farewell, kissing and even eat with a spoon. Following the spoon into the clutches, Styui took a brush. In comparison with the paintings of other artists, the animal Styui looks amateurish. However, in 2008, Styui died of autoimmune disease. 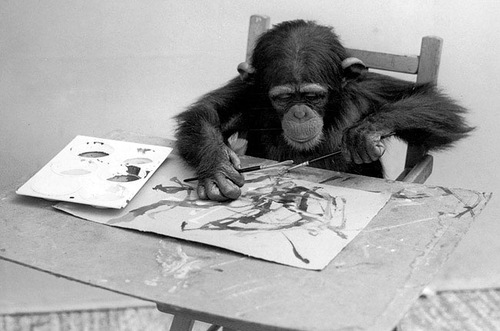 Perhaps, Chimpanzee Congo was the most famous artist of the animal world. In 2005, Bonhams auction sold his three paintings for a total of $ 14 400! However, Congo itself was not aware of this triumph – he died of tuberculosis at age 10 in 1964. Meanwhile, fame found him during his lifetime. Among the admirers of the talented artists chimpanzees were Pablo Picasso and Joan Miro. During his lifetime, the chimpanzee has created more than 400 paintings and drawings. And recent years he could make a real tantrum, when Morris was carrying a brush and paint. 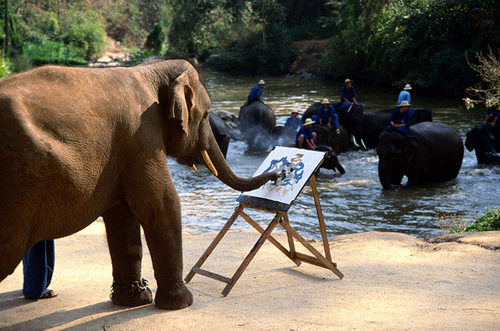 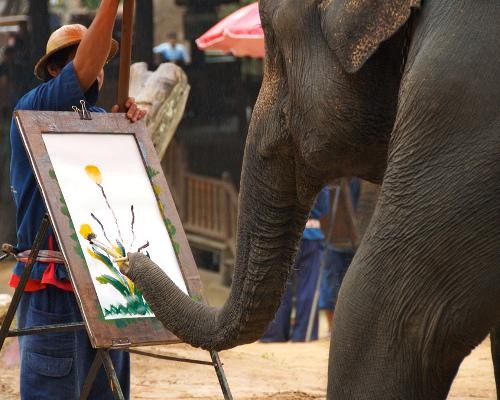 American artists of Russian origin, Vitaly Komar and Alexander Melamid have developed a unique system of training the elephants painting. Soon, they went to Thailand to give the animals a new job. Meanwhile, they prefer different styles of painting. In particular, one creates abstract paintings, while the other fairly accurately depicts a tree or a bouquet of flowers and even tries to create a self-portrait. Animals derive even in the open air and learn to draw from life. Due to their dexterous trunks, elephants are capable of painting with more detail than any other creature in the animal kingdom apart from primates. 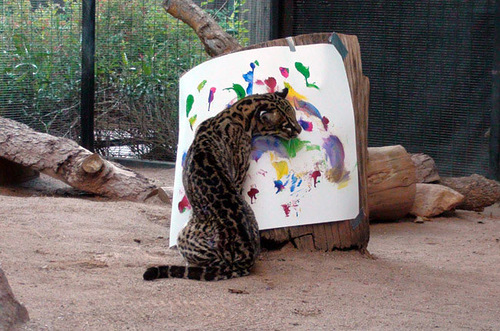 Ocelot Pedfut – a favorite of visitors to the zoo in Phoenix, Arizona

This technique among the cat-artists is a rarity. And while painting, they usually use the front legs. According to belief, domestic cats are more prone to painting than wild. Besides, some even believe that this phenomenon originated in Ancient Egypt. In the 90s of the twentieth century, was allegedly found burial, which contained the papyri with cat paw prints. 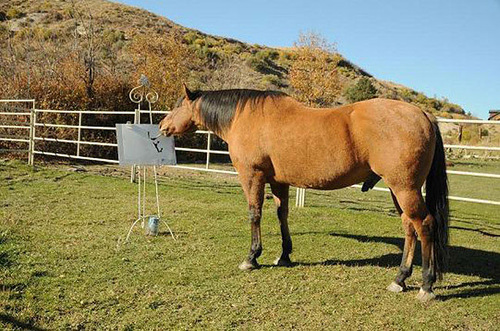 Choya Mustang got his name in honor of one of the varieties of cactus. At home ranch cowboy methods were trained hard, and when Choya was bought by dancer Rene Chambers, he was badly injured, both physically and psychologically. Rene won the confidence of a mustang, and eventually he began to walk on his heels. Painting was not just hobby for Choya, but a kind of therapy: a horse fully recovered from the effects of ill-treatment. Moreover, as the Italian scientist Danilo Mainardi, Choya creates her paintings, not because he was taught it, but quite spontaneously. 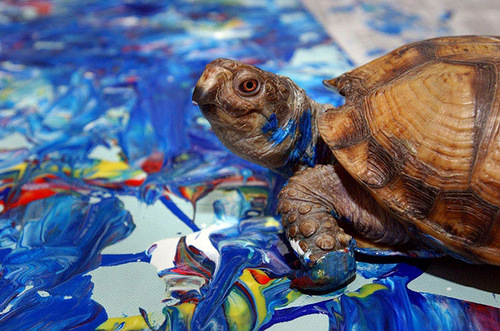 The owner of the turtle named Koopa – an eccentric artist from the U.S. Kira Ayn Varzedzhi who writes his pictures topless. In each of America’s 50 states there’s at least one picture of Kupa, his work went to Canada and Australia, Germany and Great Britain, Italy and the Netherlands, Belgium and Bahrain. Part of the proceeds from their sale were transferred to organizations involved in saving the turtles. For 5 years Koopa painted more than 800 paintings: the creation of each of them took an average of about 20 minutes. 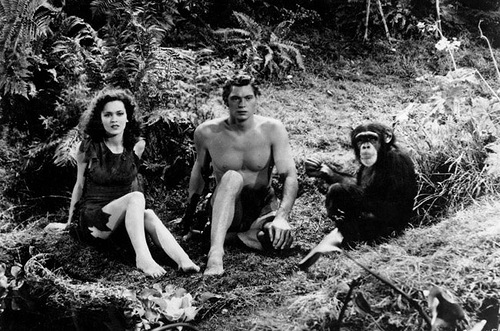 Chimpanzees Chita. The cost of painting: from $ 135

Chita’s Works were exhibited at the National Museum in London, and in 2008 he published his “authorbiography” entitled “I read.” The name of this author on the cover was not specified: Guardian Cheats jokingly say that such a talented monkey could easily cope with writing a book on his own. During his long life Chita had become addicted not only to drawing, but also to hamburgers with Coca-Cola, as well as to smoking cigars. Several years ago, the eminent primate found diabetes mellitus, and now Dan Westphal keeps him on a strict diet. 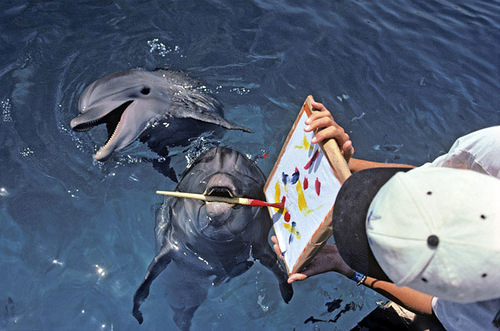 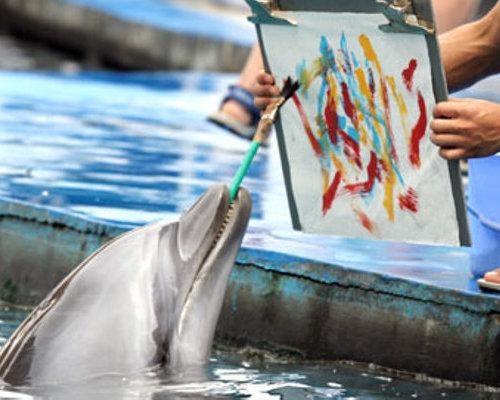 Dolphins are among the most intellectually developed of the family of mammals. Many of them are inclined to creative work, so dolphins-artists – not uncommon, and some achieve great success for a beautiful career. Dolphins choose the paint color on their own. Clenched in teeth brush, they do chaotic brushstrokes. And each artist has a special technique, and the viewer can easily recognize, whose authorship belongs to this or that picture. Argasi, leader of the pack, prefers bright colors, and writes a broad, confident strokes. Drawings of Gloria – air and graceful, and paintings Gabii different special skill and agility. Dolphin trio’s work were presented at the “Message of Water”, which was held in 2010 at the Museum of the World Ocean in Kaliningrad, Russia, and yet they are periodically put up for sale in charity auctions. 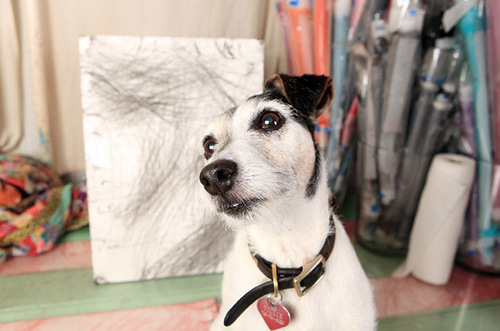 Jack Russell Terrier Tillamook Cheddar, or simply Tilly, can compete with two-legged artists. On account of Tilly – 20 solo exhibitions in the U.S. and Europe. He repeatedly became the guest of the popular TV show, and articles about him appeared on the pages of such prestigious publications as Esquire and The Guardian. In 2006, even a biographical book was published, which described Tilly’s career. 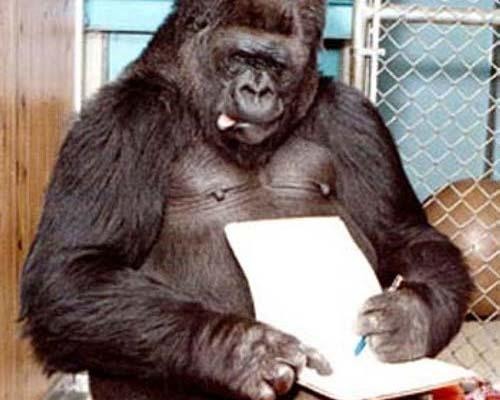 The sign language-speaking gorilla, Koko, is famous for her sensitive artwork, as is her male companion, Michael. Chimpanzees like Congo, who have been raised by people, often grow up with an affinity for playing with crayons just as human children do. 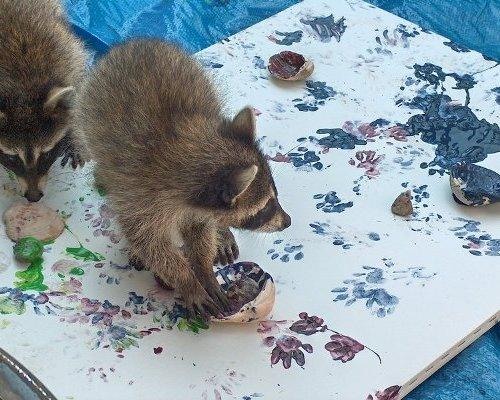 Raccoons from the Hutchinson Zoo in Kansas

Even raccoons get in on the artistic act. Although they are adept at manipulating objects with their human-like hands, these Raccoons from the Hutchinson Zoo in Kansas prefer art of a slightly more abstract nature. Rather than simply using their paws like many other animal artists, raccoons prefer to paint using objects like the sea shells seen here. 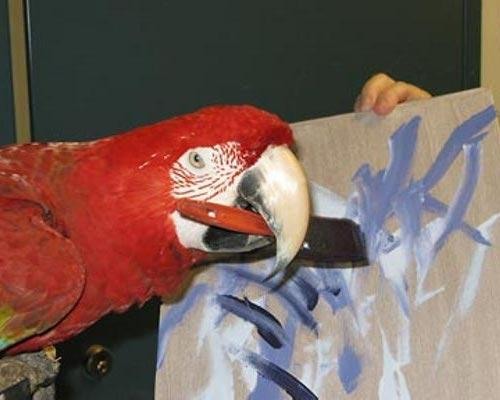 With their colorful plumage and dramatic personalities, it shouldn’t come as a surprise that parrots have an artistic side. Just as they can learn to speak, many birds have been taught to use a paintbrush. Needless to say, they’re naturals! 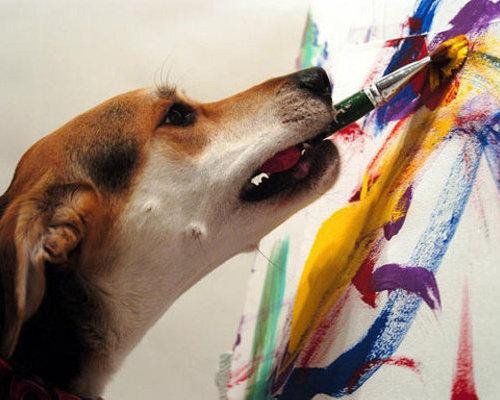 Painting comes naturally to Sammy, a foxhound mix — at least since his brush was attached to a rubber bone. His striking use of color speaks with irony against the canid stereotype that dogs can only see in shades of gray. Or maybe he’s just having fun! 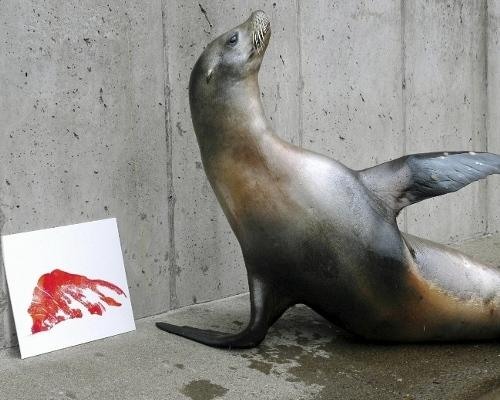 Many of the great artists have been known as much for their dramatic personalities (i.e., Van Gogh, Caravaggio, etc) as they have for their art, so perhaps it shouldn’t come as a surprise that sea lions are among the world’s most boisterous animal artists. Seen here at her home in the Oregon Coast Aquarium in Newport, Lea the sea lion shows off one her famous flipper prints. 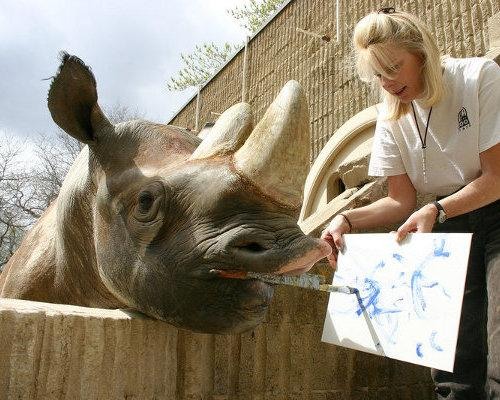 Handlers at the Denver Zoo were looking for a way to enrich the environment of their resident rhinoceros, Mishindi, when they taught her to paint. Now they can’t keep her away from a canvas. Some of her art has sold at auction for hundreds of dollars, money which has been used to improve her habitat at the zoo. 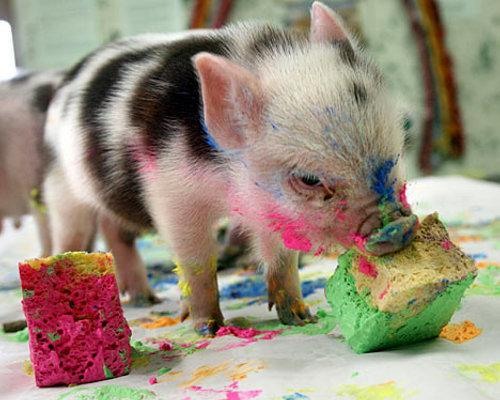 You’ve heard of Picasso, but what about Pig-casso? This little fella from Pennywell Farm in Buckfastleigh, England, prefers to show off his creative talents by wallowing in colors rather than mud, proving that he doesn’t need a Charlotte’s Web to know how important he is. 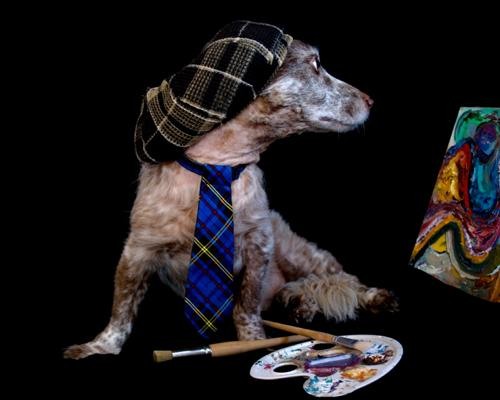 Scientists have heralded the capacity for art as a key feature that separates humans from other species. But that was before we ever gave an animal a paintbrush. Whether with paws, jaws, hooves or hands, the animal kingdom is filled with creatures able to express themselves through art. To prove it, here’s our list of 12 animals that paint