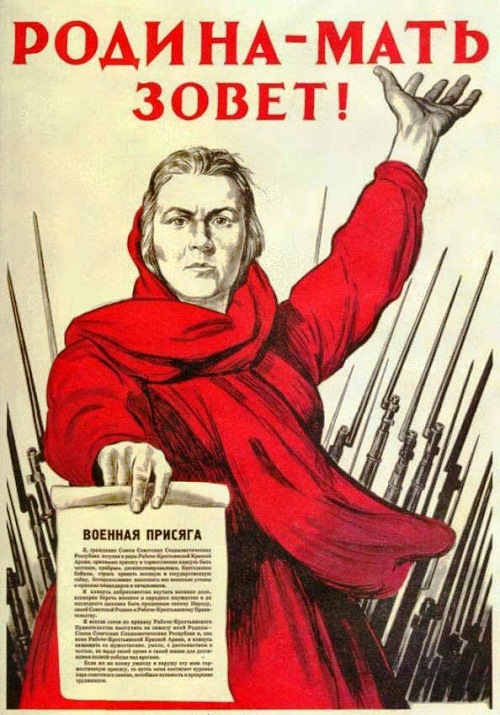 The Motherland Calls – famous poster from World War II, created by artist Irakli Moiseevich Toidze in late June 1941. The artist himself admitted, the idea of ​​the collective image of the mother, calling on the help of her sons came to him by chance. Upon hearing the first report of the Soviet Information Bureau that Nazi Germany attacked the Soviet Union, Toidze’s wife ran into his studio with a cry “War!”. Startled by the expression on her face, the artist ordered his wife to freeze and immediately began to sketch the future masterpiece. 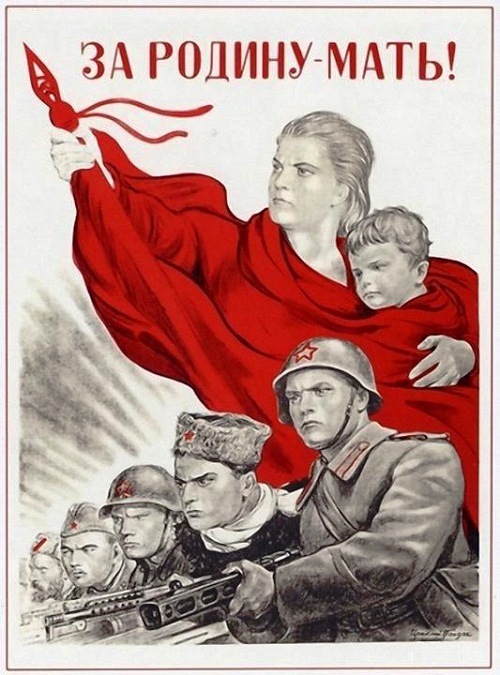 Here is another poster by Soviet artist Irakli Toidze. The image of “the motherland” in the future is one of the most popular images of Soviet propaganda. There are numerous interpretations of the image and a parodies of the poster in the fine arts, sculpture, folk art, advertising. 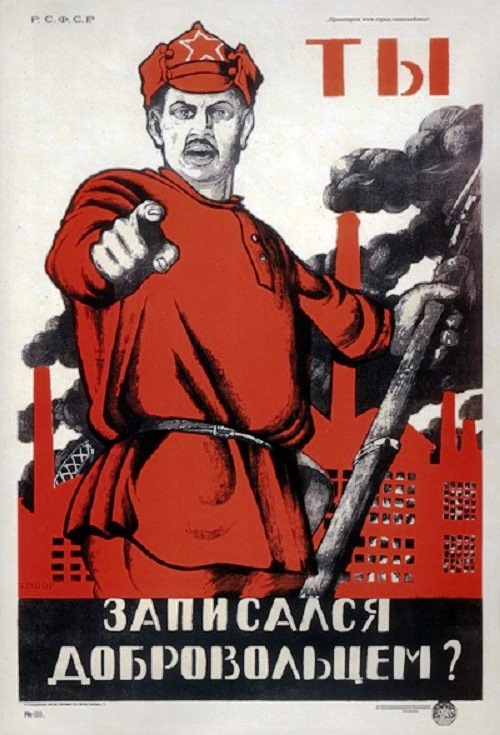 “Have you volunteered?” – Campaign poster of June 1920 during the civil war in Russia, created by artist Dmitry Orlov Stahievich (1883—1946)

Campaign poster of June 1920 during the civil war in Russia, created by artist D. Moore (1883—1946), real name Dmitry Orlov Stahievich. The poster encourages volunteers to join the Red Army. The poster was made ​​in the likeness of the American propaganda posters of the first World War «I want you for US army». And the same as James Montgomery Flagg, who gave Uncle Sam his own features, Dmitry Moor depicted himself in the image of the Red Army soldier. 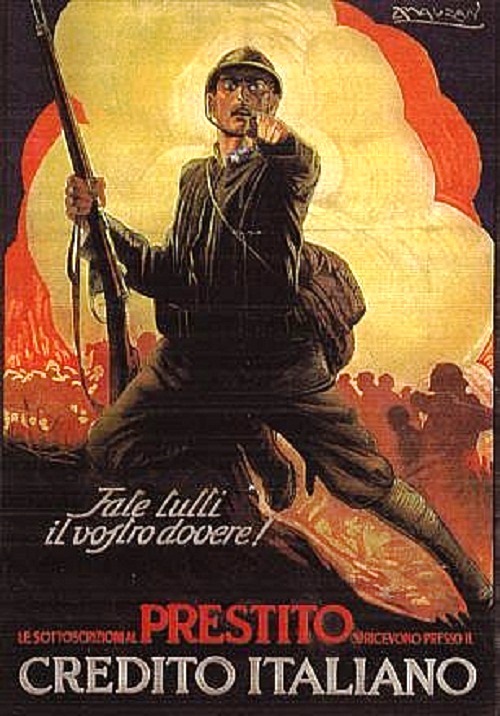 It is possible the idea for the poster was taken from 1919 poster of White Guard armies of Denikin and Kolchak, and they in turn took the idea redrawing the Italian poster of 1917 “Do your Whole Duty!”, or “Fate Tutti il Vostro Dovere!” by Achille Luciano Mauzan 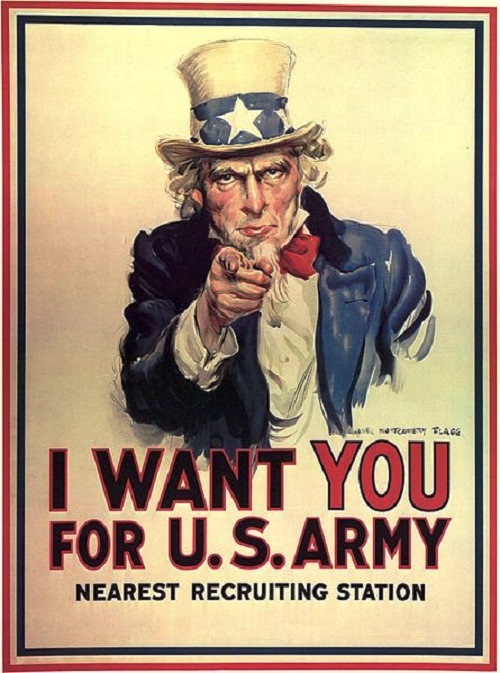 Based on the original British Lord Kitchener’s poster of three years earlier. Used to recruit soldiers for both World War I and World War II. Flagg used a modified version of his own face for Uncle Sam, and veteran Walter Botts provided the pose. 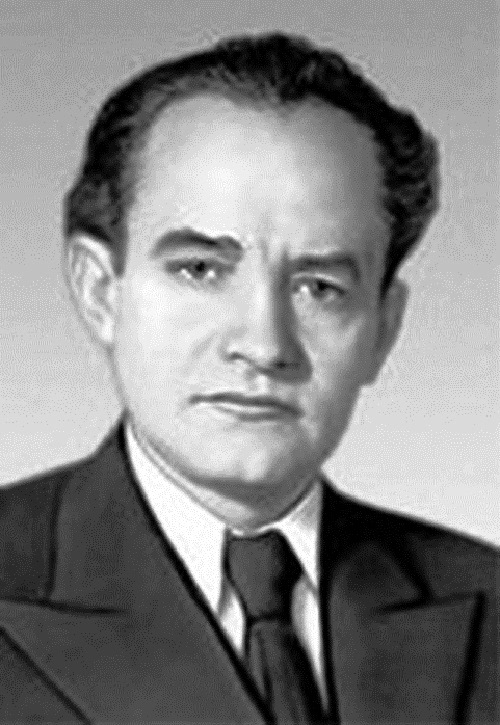 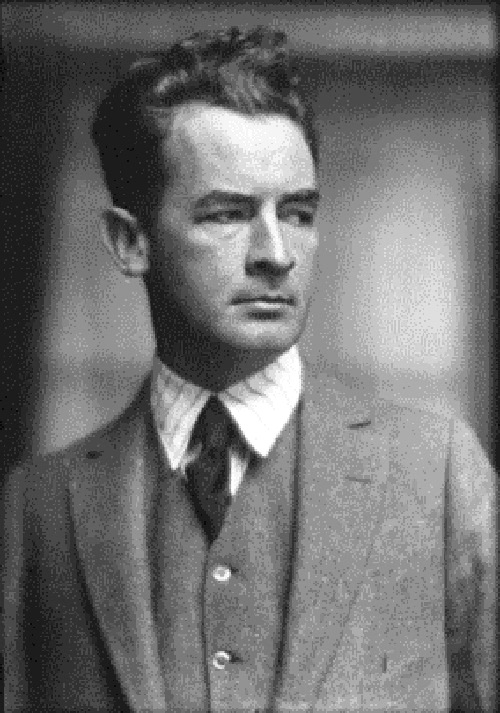 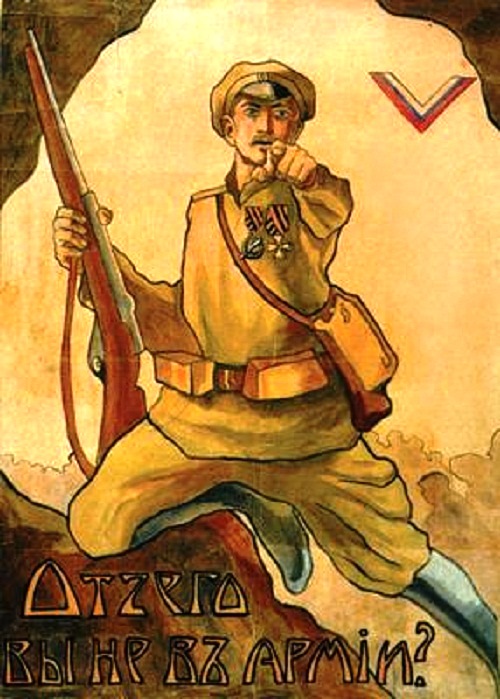 Why you are not in the army, 1919 poster of White Guard armies of Denikin and Kolchak 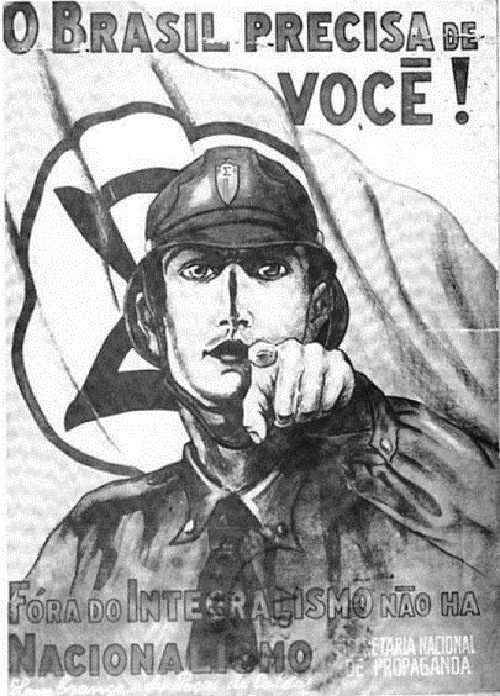 A 1937 Integralist propaganda poster that imitates the Lord Kitchener poster. The caption reads “Brazil needs you! Outside Integralism, there is no Nationalism” 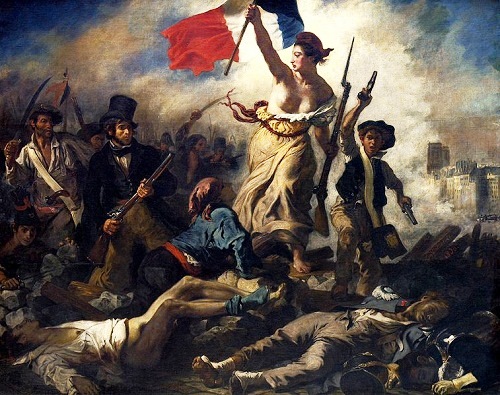 French painting “Liberty Leading the People” (Eugene Delacroix, 1830), in which the author depicted the national symbol of France – Marianne