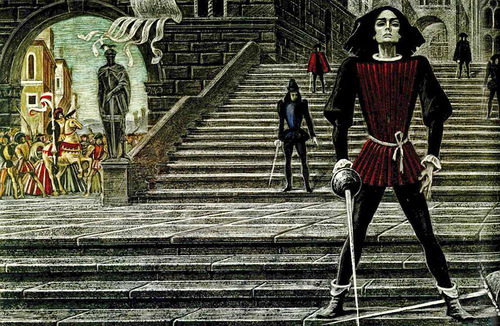 Shakespeare graphics by Savva Brodsky
Soviet artist, book illustrator, architect, sculptor and poet, Savva Brodsky (1923 – 1982) was father of an artist and architect A. Brodsky. Born January 29, 1923 in Gomel, the same year Savva Brodsky and his parents moved to Petrograd (St.Petersburg). Brodsky created illustrations for many books, including the multi-volume collected works of Greene, T. Dreiser, P. Merimee, Maupassant, R. Rolland, Stevenson, Flaubert and Zweig. In addition, he illustrated the books of the series “Ardent Revolutionaries” dedicated to the heroes of the French Revolution – Marat, Saint-Just, and Babeuf. Besides, in 1975, he created a series of works to the “Don Quixote” of Cervantes. For this work the artist received a gold medal at the Moscow International Book Fair in 1976. And soon after, became a Corresponding Academician by the Spanish Royal Academy of Fine Arts. 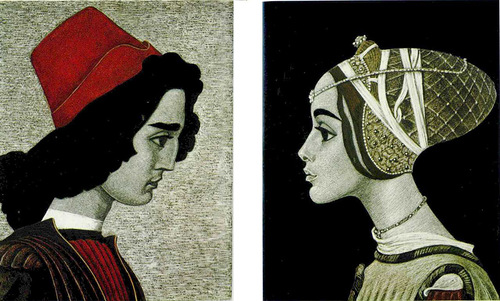 In his interpretations – amazing volume and depth. Just look at the pictures of Shakespeare’s Hamlet. Here everything breathes a Gothic atmosphere. The color scale is black-and-white-red. The figures of Hamlet, Claudius and others stand like strung strings. In all the mise en scene, transferred to paper, the maximum of internal movement. The same, but hidden expression is in “Romeo and Juliet.” A continuous counterpoint: at every step, two families, two worlds and the abyss of tribal prejudices. This is how it seemed to the naive couple in love – the reader, you look at the world with their eyes. The artist himself spoke about his work: “In graphic representation I tried to convey this symmetry of the early Renaissance, this rhythm, similar to the two rails on which the action is moving steadily towards the denouement.”

From the series of illustrations to Shakespeare’s Romeo and Juliet 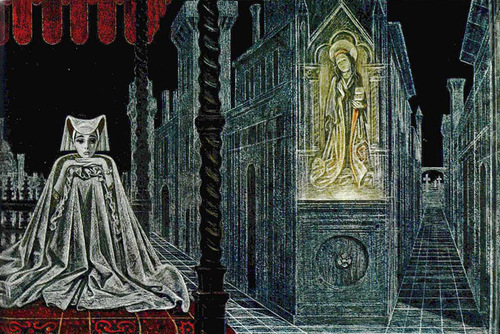 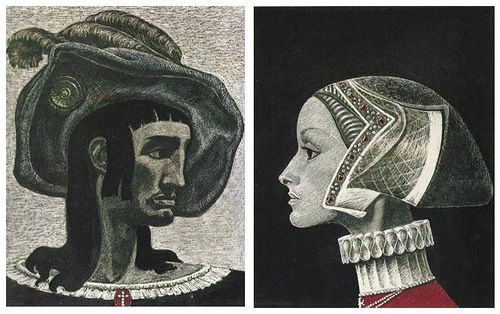 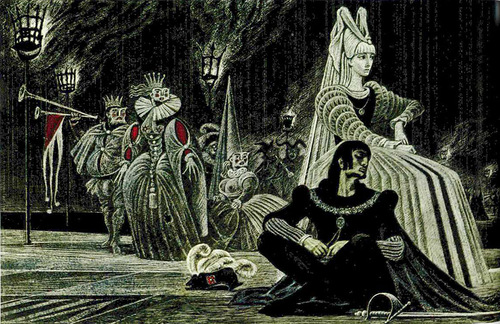 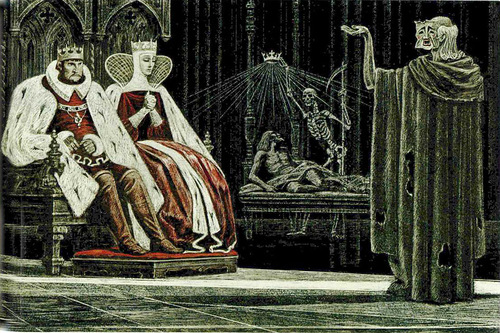 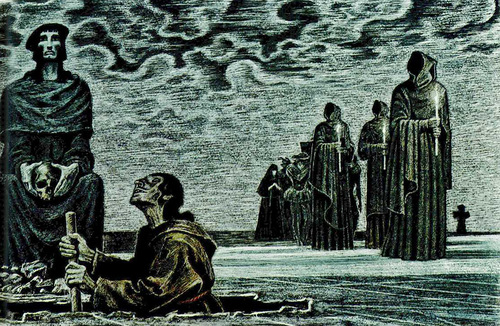