The Nutcracker ballet for Christmas season 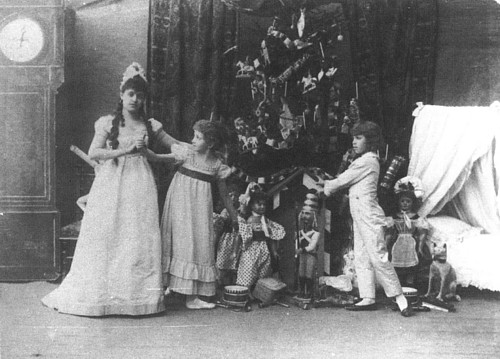 Imperial Mariinsky Theatre, St. Petersburg, Russia, 1892. (left to right) Stanislava Belinskaya as Clara, Lydia Rubtsova as Marianna and Vassily Stukolkin as Fritz, in the original production of The Nutcracker. The Nutcracker ballet for Christmas season

The Nutcracker ballet for Christmas season
Russian ballet The Nutcracker was originally choreographed by Marius Petipa and Lev Ivanov with a score by Pyotr Ilyich Tchaikovsky. The Nutcracker gained enormous popularity since the late 1960s and is now performed by countless ballet companies, primarily during the Christmas season.
It is Christmas Eve at the house of Herr and Frau Silberhaus and their children. Family and friends have gathered in the parlor to decorate the beautiful Christmas tree in preparation for the night’s festivities. The children stand in awe of the tree sparkling with candles and decorations. 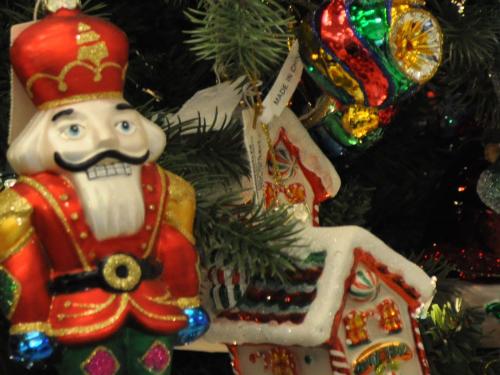 The festivities begin with a march and presents given out to the children. Suddenly, as the owl-topped clock strikes eight, a mysterious figure enters the room. It is Herr Drosselmeyer, a talented toymaker who has brought with him gifts for the children. In particular, four lifelike dolls — a Harlequin with Columbine, and a Vivandie.

Meanwhile, Clara and Fritz are sad to see the dolls taken away. But Herr Drosselmeyer has yet another toy for them. It will be a wooden nutcracker carved in the shape of a little man, used for cracking hazelnuts. The other children ignore it, but Clara immediately takes a liking to it. Fritz, however, purposely breaks the toy, that makes Clara heartbroken. 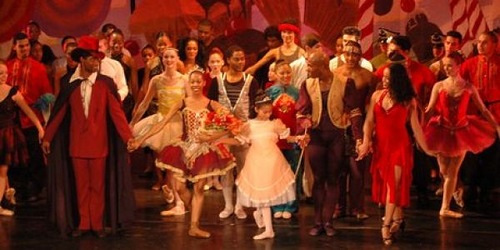 Dancers performing in The Nutcracker

Next, Clara takes the wounded toy to her doll’s bed, lulling it to sleep. Meanwhile, the boys interrupt with their toy trumpets and horns. Herr and Frau Silberhaus announce it is time to finish off the evening with a traditional Grandfather dance. After the dance, the guests depart, and the children are go to bed.

During the night, after everyone else has gone to bed, Clara returns to the parlor to check on her beloved nutcracker. As she reaches the little bed, the clock strikes midnight and she looks up to see her Godfather Drosselmeyer perched atop the clock in place of the owl. Suddenly, mice begin to fill the room and the Christmas tree begins to grow to dizzying heights. And the Nutcracker also grows to life-size.

The Nutcracker ballet for Christmas season 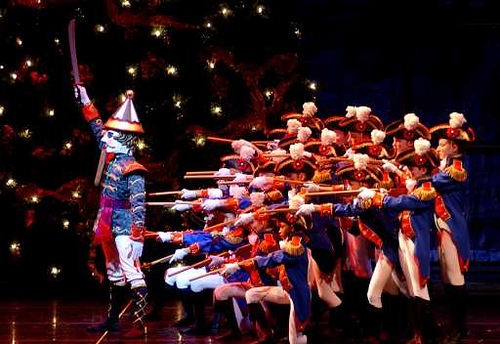 Pablo Perez, at left, who plays the Nutcracker-Prince, performs with other dancers during a dress rehearsal of the Carolina Ballet and North Carolina Symphony’s Nutcraker

The Nutcracker appears to lead the gingerbread soldiers, joined by tin soldiers and dolls (who serve as doctors to carry away the wounded). As the Mouse King advances on the still-wounded Nutcracker, Clara throws her slipper at him, distracting him long enough for the Nutcracker to stab him.

The mice retreat and the Nutcracker turns into a handsome Prince. He leads Clara through the moonlit night to a pine forest in which the snowflakes dance around them. 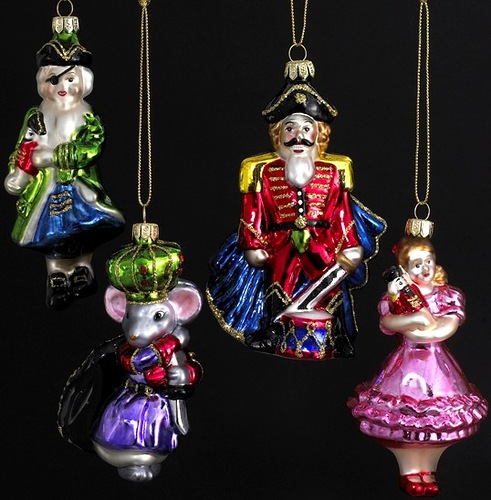 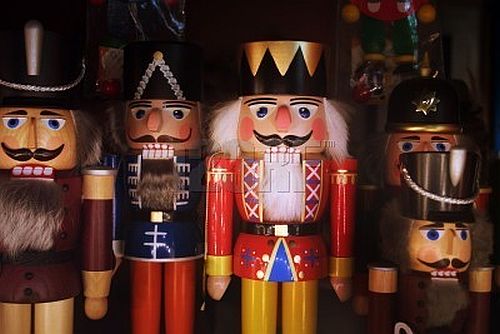 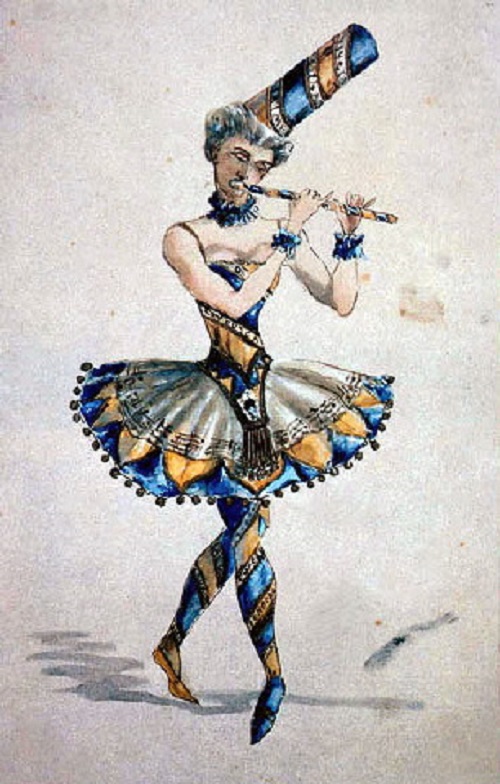 Vzevolozhsky’s costume sketch for the ballet 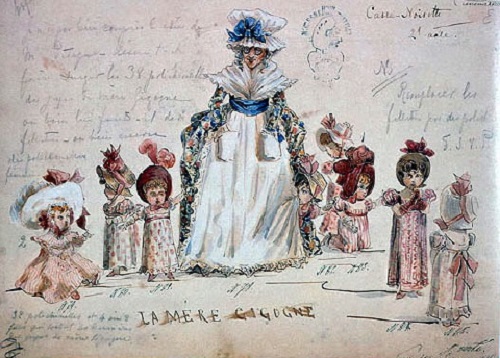 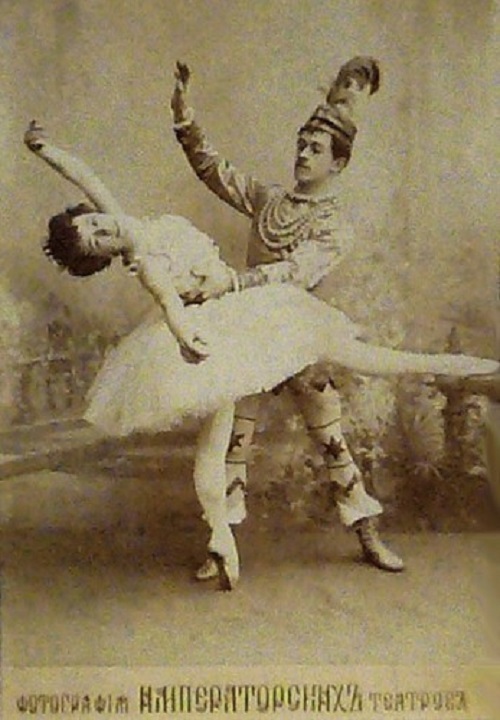 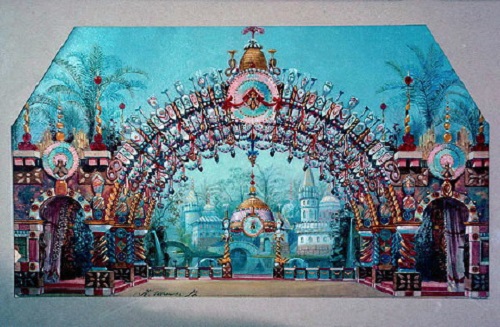 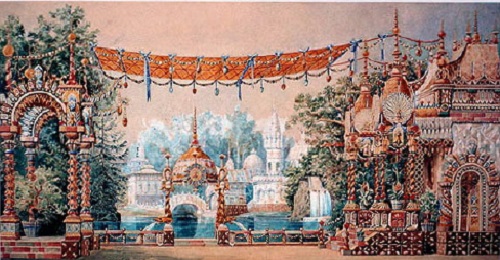 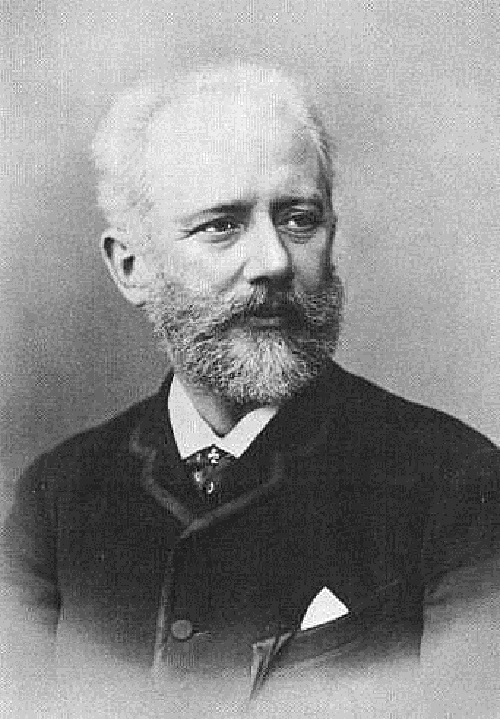 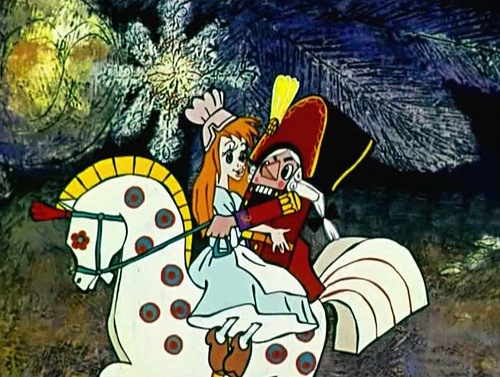