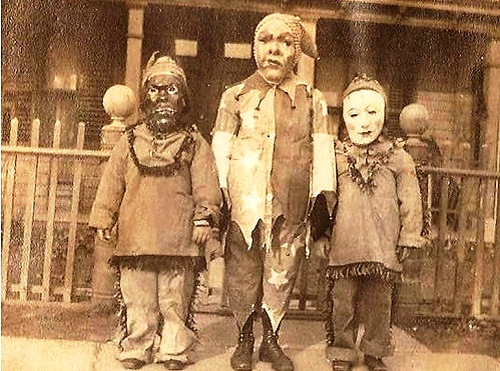 Vintage Halloween costumes
So, Halloween is coming, and excited costume enthusiasts queue at party stores. Meanwhile, these retro photographs of bizarre Halloween costumes prove they could well do without commercialism. Originally European harvest festival and festivals of the dead, Halloween has pagan roots. In fact, the history of Halloween goes back more than 2,000 years to Celtic people. However, the word “Halloween” was first used in the 16th century. And it represents a Scottish variant of the fuller All-Hallows’-Even (‘evening’), that is, the night before All Hallows’ Day. Fans of the pagan holiday dressed in a mixture of ghostly, scary-mongering garb and bizarre, inventive outfits. Also, disguising the face has always been a popular choice among fans of Halloween, playing with the idea of false identities. 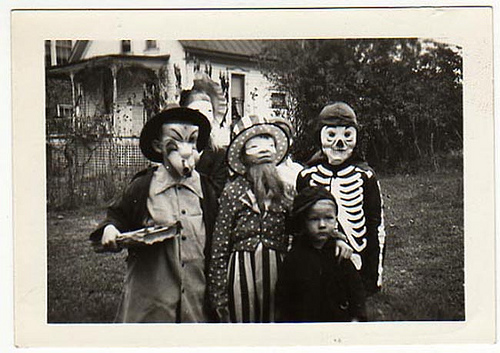 First of all, Halloween has its ultimate origins in the ancient Celtic harvest festival, Samhain, a time when people believed that the spirits of the dead roamed the earth. Besides, Irish settlers brought their Halloween customs, which included bobbing for apples and lighting jack-o’-lanterns—to America in the 1840s.

In the United States children go from house to house in costume—often dressed as ghosts, skeletons, or vampires on Halloween saying, ‘‘Trick or treat!’’ Though for the most part the threat is in jest, the ‘‘trick’’ part of the children’s cry carries the implication that if they don’t receive a treat, the children will subject that house to some kind of prank, such as marking its windows with a bar of soap or throwing eggs at it. Most receive treats in the form of candy or money.

But Halloween parties and parades are popular with adults as well. Because nuts were a favorite means of foretelling the future on this night, All Hallows’ Eve in England became known as Nutcrack Night. Other British names for the day include Bob Apple Night, Duck (or Dookie) Apple Night, Crab Apple Night, Thump-the-door Night, and, in Wales, Apple and Candle Night. In the United States, it is sometimes referred to as Trick or Treat Night.

A spooky and macabre celebration in New Orleans, La., when costumed revelers parade up and down Bourbon Street and actors dressed as legendary characters are on the streets to narrate their grisly histories. The sheriff’s Haunted House in City Park is a standard feature, and a Ghost Train rolls through the park while costumed police officers jump out of bushes to spook the riders. The Voodoo Museum usually offers a special Halloween ritual in which people may see
voodoo rites. Walking tours take visitors to such haunts as Le Pretre House, where a Turkish sultan and his five wives were murdered one night in 1792; it is said that their ghosts still have noisy parties.

Meanwhile, wearing of Halloween costumes in America reaches back into the country’s cultural history. This shared American folk ritual is a window on the diverse ethnic and religious heritage of the people who settled the United States. 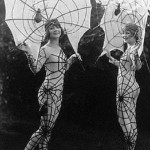 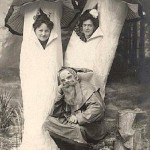 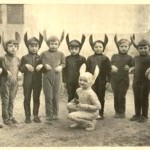 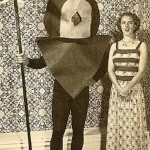 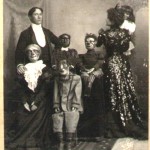 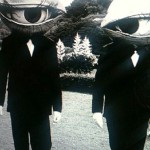 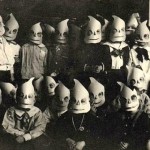 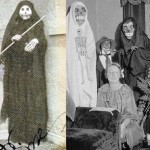 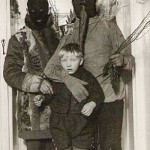 Staged photo, and the boy seems frightened to death 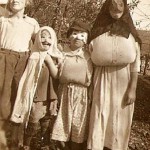 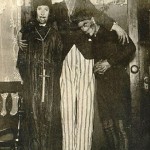 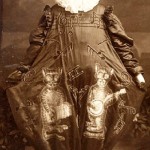 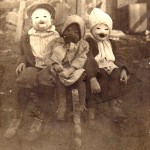 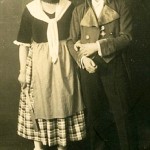 A couple ready for Halloween 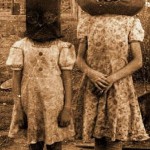 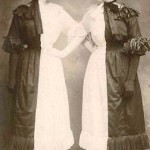 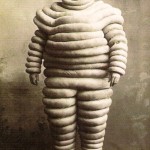 A man on roller-skaters 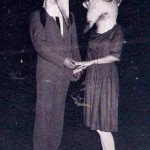 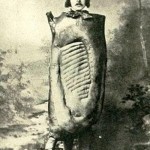 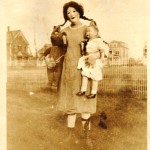 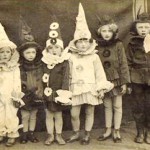 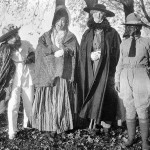 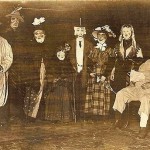 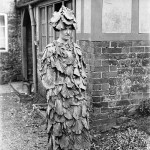 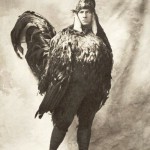 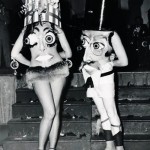 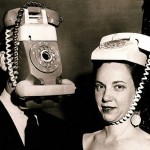