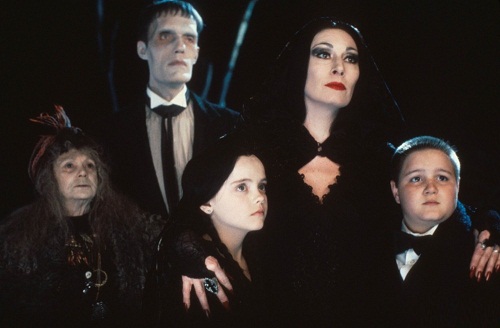 American comedy film based on the cartoon of the same name created by cartoonist Charles Addams. The Addams Family Best Horror Film of 1991

According to the Horror Hall of Fame, The Addams Family Best Horror Film of 1991. The film, directed by Barry Sonnenfeld and produced by Scott Rudin, based on The Addams Family created by Charles Addams. The main actors – Anjelica Huston, Raúl Juliá, Christopher Lloyd play the family of black magicians, generally bad people. Currently live-far husband and wife – one of Satan, two nice children, striving to send each other to another world, and their mother – a witch, vampire, running hand, only the palm and fingers. In addition, the film was nominated for an Academy Award for achievement in costume design. Besides, Huston was nominated for the 1991 Golden Globe Award for Best Actress. At the same time, the film won a Golden Raspberry Award for Worst Original Song for the song “Addams Groove” by MC Hammer. 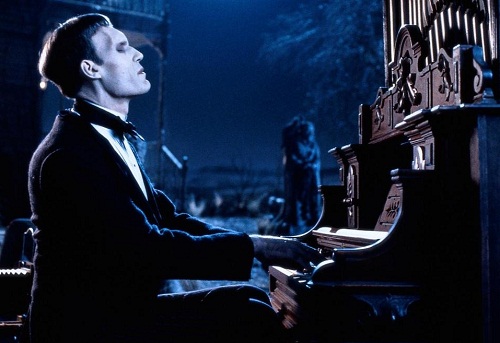 The pinball machine based on the film, is the best-selling and the highest produced pinball machine of all time. By the way, construction of the house for the Addams cost 100 thousand dollars. However, The Addams Family gathered at the U.S. box office amount that exceeded three times its budget of $ 38 million.

For years, beginning in the 1930s, cartoonist Charles Addams delighted readers of the New Yorker with his macabre graphic fantasies. Among his most memorable creations was a ghoulish brood
known as the Addams Family. On television and film, the creepy, kooky clan has seemed determined to live on in popular culture long after its patriarch departed the earthly plane in 1988. 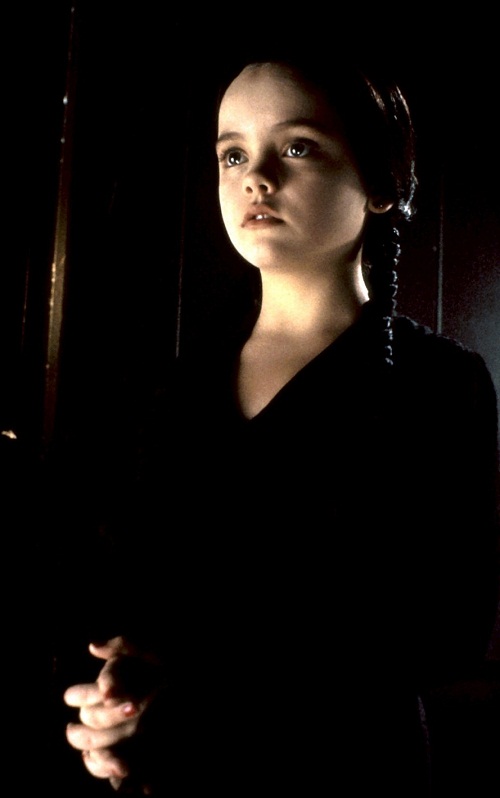 Like all of Addams’s work, the Addams Family feature played off the identification the audience made with the characters. In many ways, the Addams clan—father, mother, two children, and assorted relatives (all unnamed)—were like a typical American family. But their delight in their own fiendishness tickled the inner ghoul in everyone. In one of Addams’s most famous cartoons, the family gleefully prepared to pour a vat of boiling liquid from the roof of their Gothic mansion onto Christmas carolers singing below. No doubt millions of harried New Yorker readers harbored secret desires to follow suit.

The mid-1990s saw a craze for adapting old-school sitcom chestnuts into feature-length movies. On the leading edge of this trend was a movie version of The Addams Family released in 1991.
Directed by Barry Sonnenfeld, the film boasted a top-rate cast, with Raul Julia as Gomez, Anjelica Huston as Morticia, and Christopher Lloyd as Uncle Fester. It was widely hailed as closer to Addams’s original vision than the television series but derided for its woefully
thin plot. A sequel, Addams Family Values, followed in 1993. In 1999, there was talk of yet another feature adaptation of Addams’s clan of ghouls, this time with an entirely new cast.
—Robert E. Schnakenberg 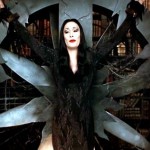 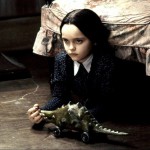 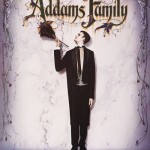 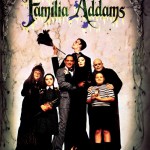 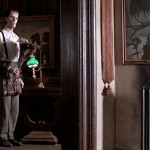 Still from The Addams Family 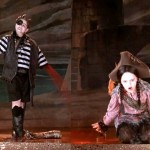 Scene from The Addams Family 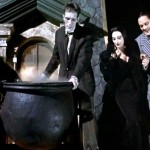 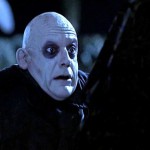 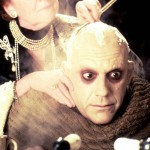 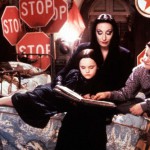 Actors of The Addams Family 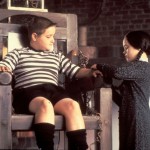 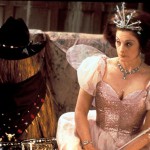 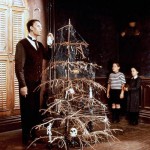 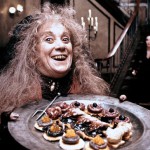 Help yourself, scene from movie 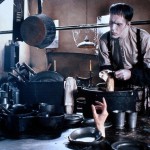 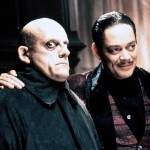 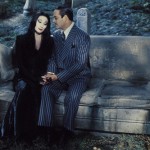 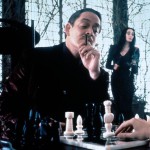