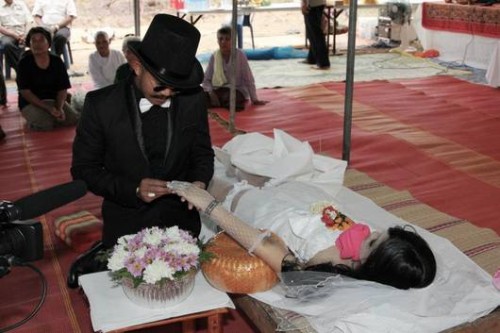 Man marries dead girlfriend
This Thai love story is actually a heartbreaking one, that ends with the man marrying his dead girlfriend. 29-year old Sarinya Kamsook and her 28-year-old boyfriend, Chadil Deffy, had been together for 10 years and were madly in love. The couple was due to marry a couple of days after she had a bad car accident and died for lack of medical attention. Sarinya was counting the days to her final ‘I do’, but life can be cruel and days before the wedding she was severely injured in a car accident. 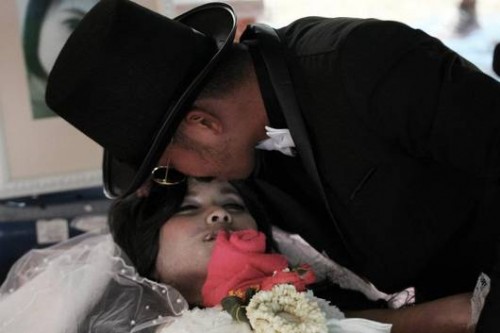 Unfortunately, an overcrowded ICU made her wait for 6 hours and during that time she passed away. Chadil felt that he couldn’t let the love of his life go without fulfilling her deepest desire. So, he decided to marry her as scheduled on Jan 4th in a Buddhist ceremony. Him marrying the corpse of his girlfriend – aired on national TV in Thailand. Of course, their story along with the wedding pictures are becoming an internet sensation that has obviously sparked lots of controversial debates.