The view from the window. Winter beauty

Winter beauty
The season dominated by bare soil. The whole gardening cycle begins with the care and preparation of the earth during winter so that it will feed plants the following year. Meanwhile, one of the enjoyable things about digging is the smell of the earth released by the spade cutting in and lifting clods that have been buried for a year. Besides, not only does the soil itself have a real scent, but the roots of the crop or plant. And even weed – that has been growing there will also contribute to the mix, creating something new out of the vague remnants of last season’s garden. – Monty Don, The Sensuous Garden, 1997 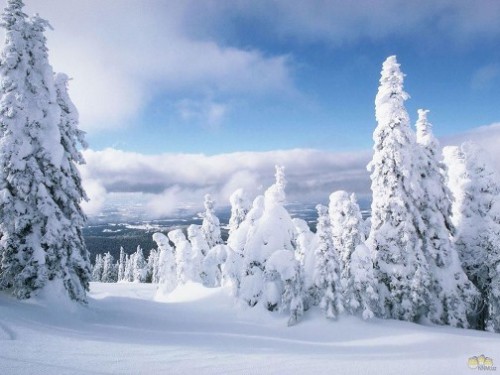 Cold frost and sunshine: day of wonder!
But you, my friend, are still in slumber –
Wake up, my beauty, time belies:
You dormant eyes, I beg you, broaden
Toward the northerly Aurora,
As though a northern star arise!

Recall last night, the snow was whirling,
Across the sky, the haze was twirling,
The moon, as though a pale dye,
Emerged with yellow through faint clouds.
And there you sat, immersed in doubts,
And now, – just take a look outside:

The snow below the bluish skies,
Like a majestic carpet lies,
And in the light of day it shimmers.
The woods are dusky. Through the frost
The greenish fir-trees are exposed;
And under ice, a river glitters.

The room is lit with amber light.
And bursting, popping in delight
Hot stove still rattles in a fray.
While it is nice to hear its clatter,
Perhaps, we should command to saddle
A fervent mare into the sleight?

And sliding on the morning snow
Dear friend, we’ll let our worries go,
And with the zealous mare we’ll flee.
We’ll visit empty ranges, thence,
The woods, which used to be so dense
And then the shore, so dear to me. 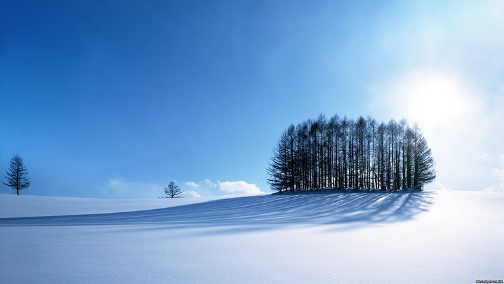 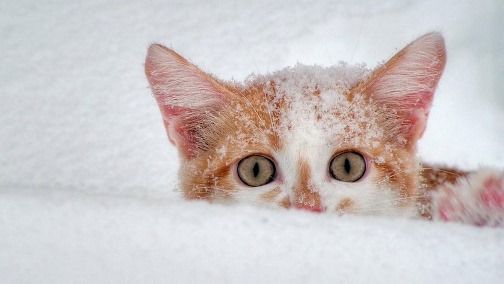 Kitten in the snow 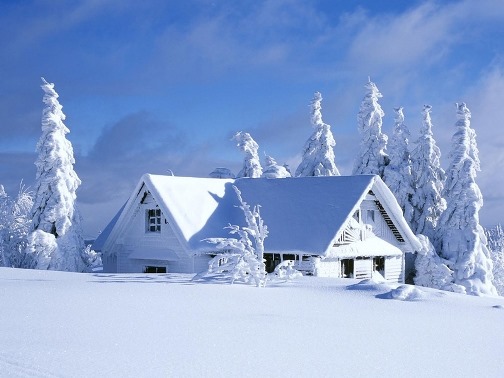 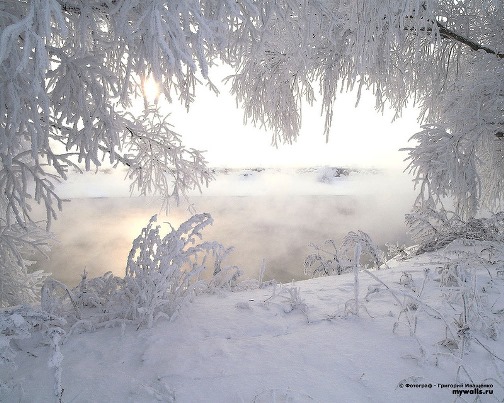 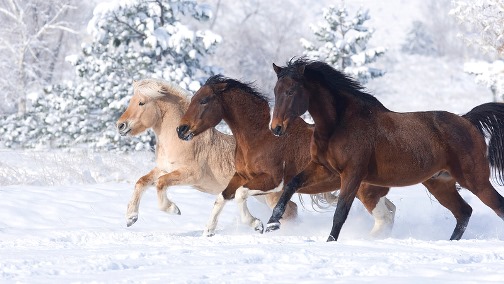 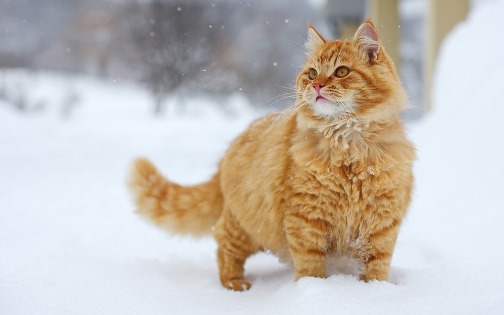 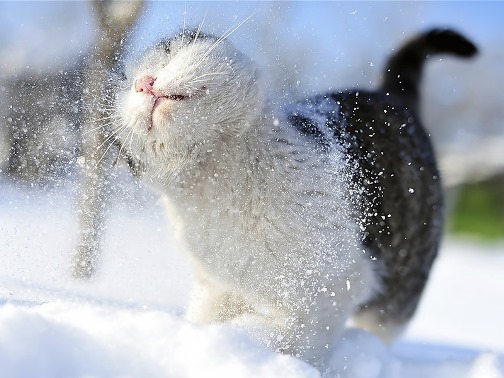 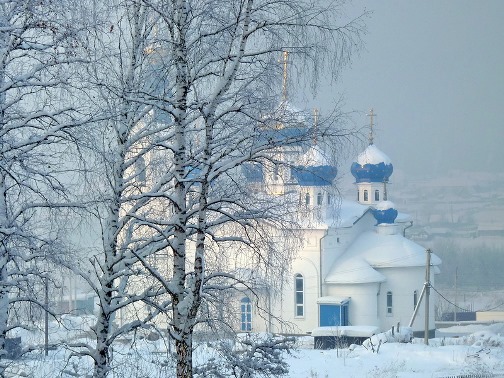 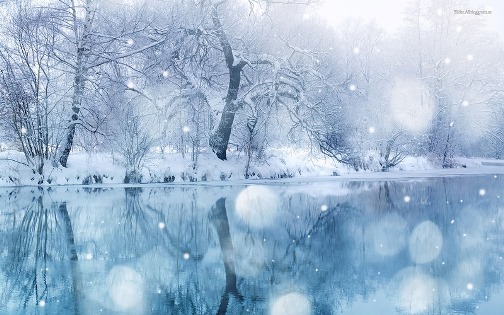 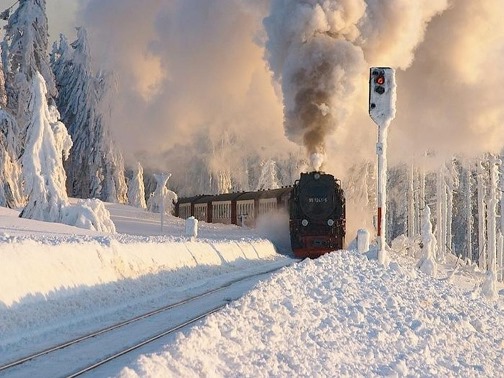 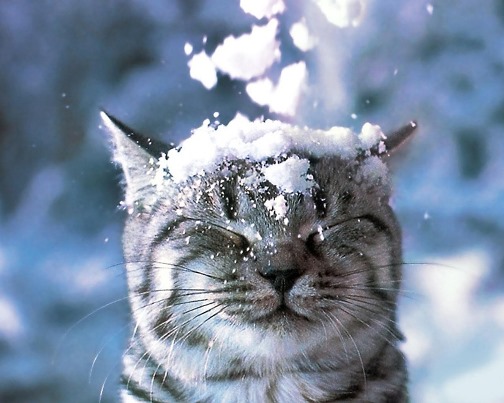 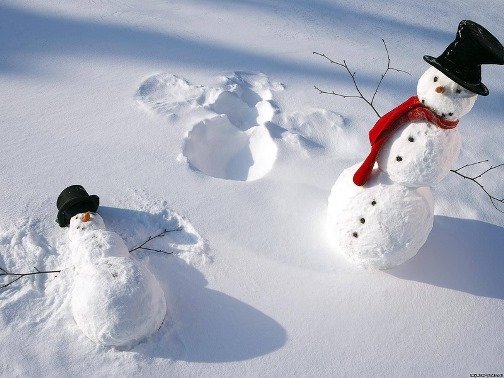 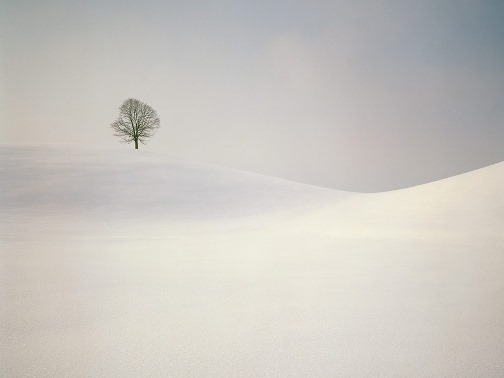 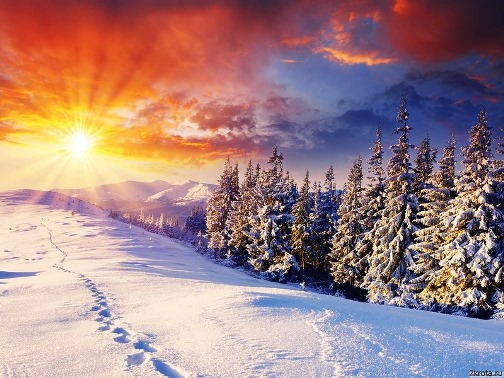 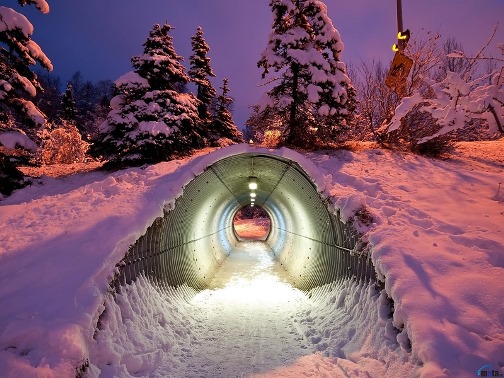 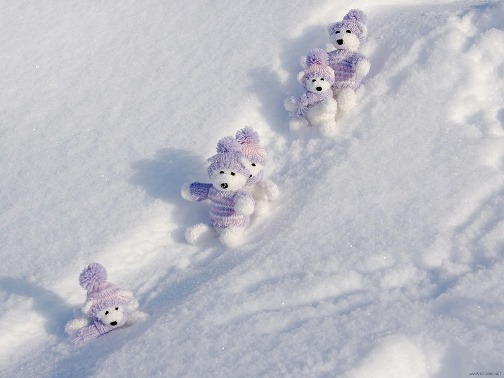 Sleighing from a hill 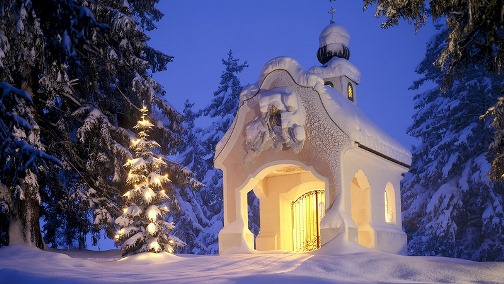 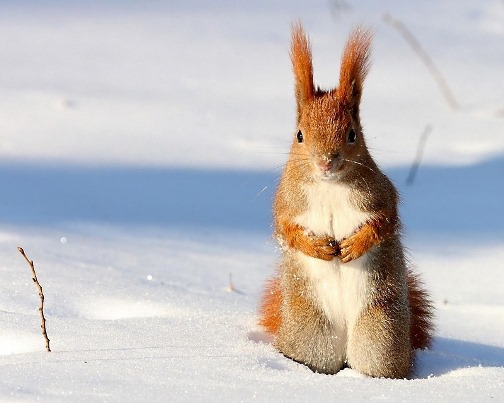 A squirrel in Winter