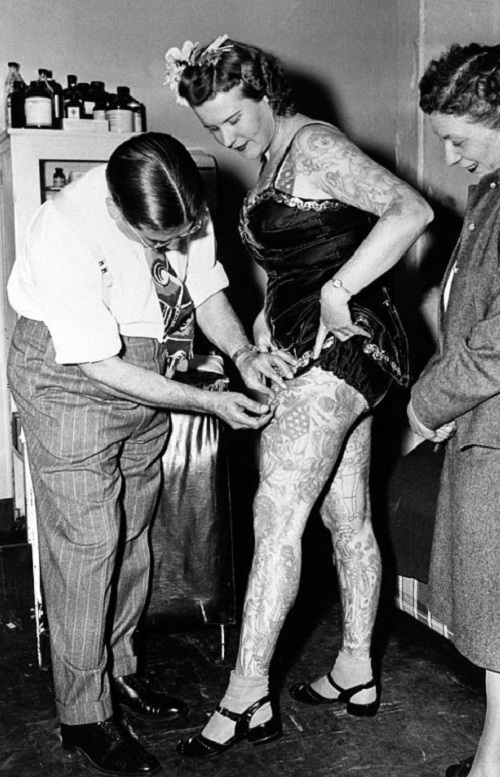 Head-to-toe tattoos vintage photographs of women
By the end of the 1920s, American circuses employed over 300 people with full-body tattoos who earned up to $200 per week. Tattooists traveled with the circus and were able to display their work directly in exhibits of tattooed “freaks”. Called freaks, they sometimes performed acts such as sword swallowing in addition to being a tattooed oddity. Meanwhile, from bike gangs, to star-crossed lovers and rebellious teenagers, tattoos are often thought of as modern day markings, usually of the wayward and tough. Whether it was 1926 in the Bronx, the Thirties in England or 1946 in Japan, these incredible vintage photographs of women reveal how tattooed ladies paved the way in tattoo design for the rest of the world.

In fact, one of the most famous tattooed women in history was Betty Broadbent. She began her career in 1927 and was covered with a body suit, much of which was tattooed by Charlie Wagner. Exhibited at the 1939 World Fair, she eventually became a tattooist herself. Besides, she became the first person to be honored by the Tattoo Hall of Fame.

While according to scientists, the earliest record of tattoos appeared in 1991 on the frozen remains of a Copper Age ‘Iceman’ dating from about 3300 B.C.. And the art of tattooing practiced in Japan – for beautification, magic, and to mark criminals – since around the fifth century B.C.
Meanwhile, later rediscovered by Europeans when exploration brought them into contact with Polynesians and American Indians.

The word tattoo comes from the Tahitian word tattau, meaning ‘to mark,’ and it was James Cook who first mentioned it in explorer’s records from his 1769 expedition to the South Pacific.

At this time, cosmetic tattooing became popular. In particular, blush for cheeks, colored lips, and eyeliner. With world war I, the flash art images changed to those of bravery and wartime icons. 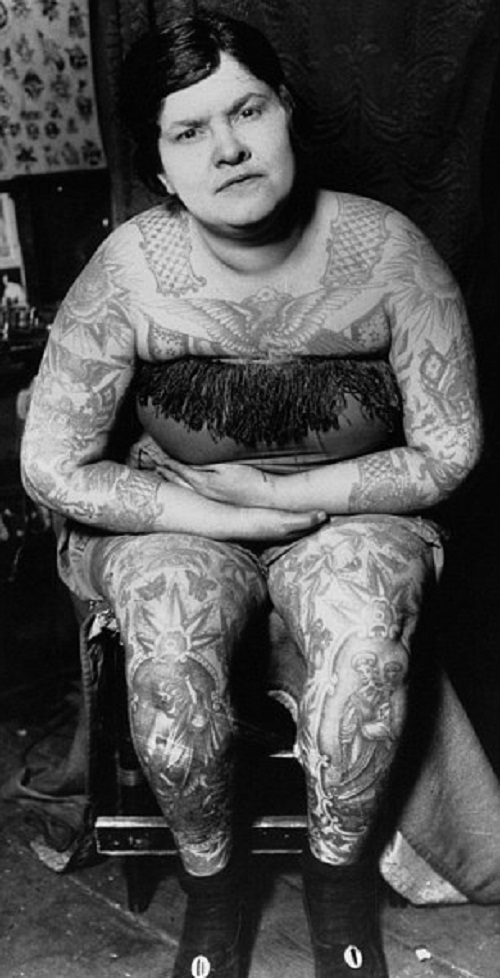 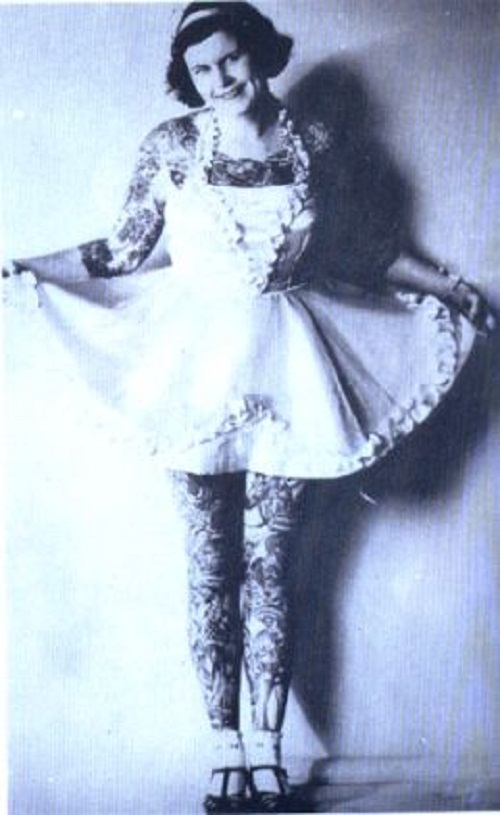 Known as Lydia, the Tattooed Lady, 1939 song written by Yip Harburg, appeared in the movie At the Circus (1939) 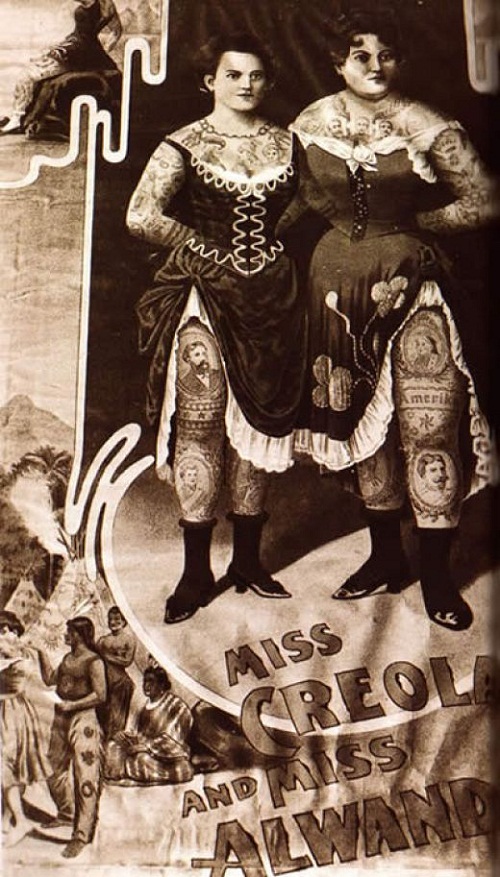 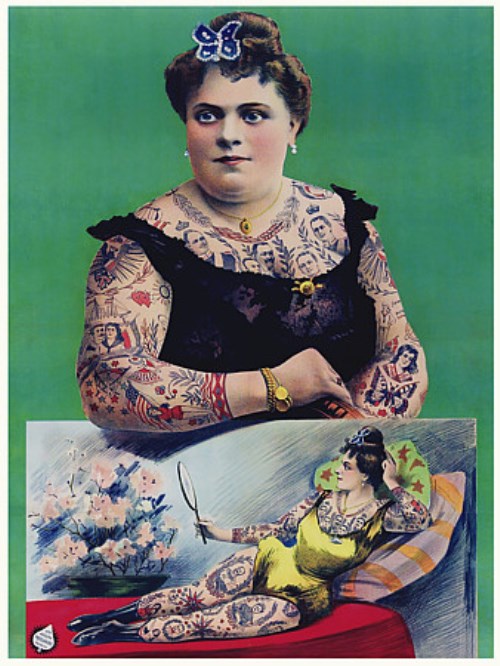 Colored photo of a Tattooed Lady. Poster of 1906 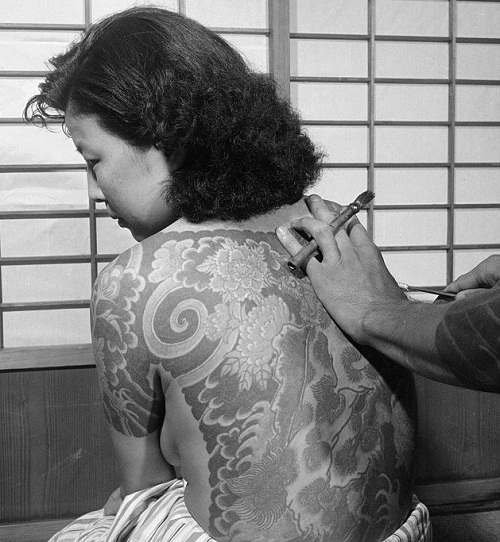 A Japanese lady getting a traditional Japanese tattoo 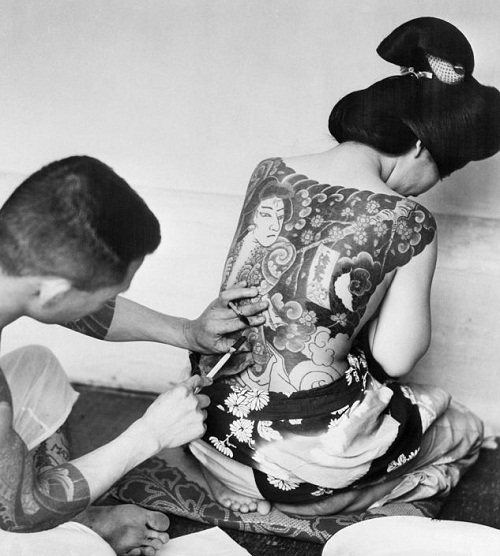 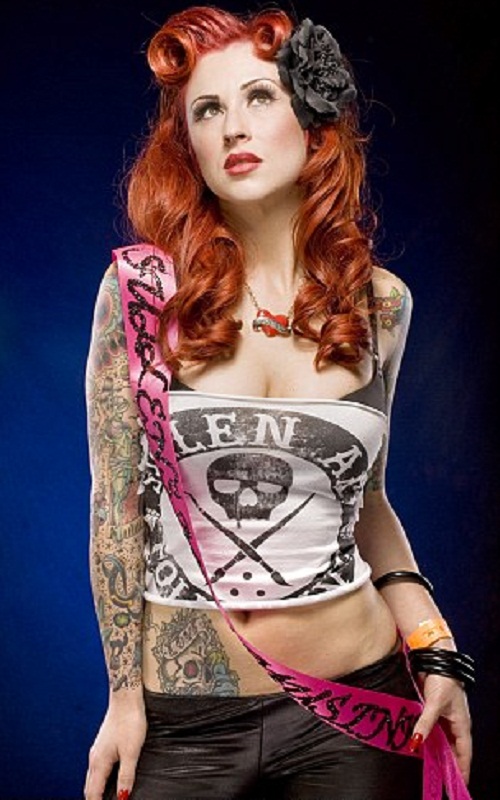 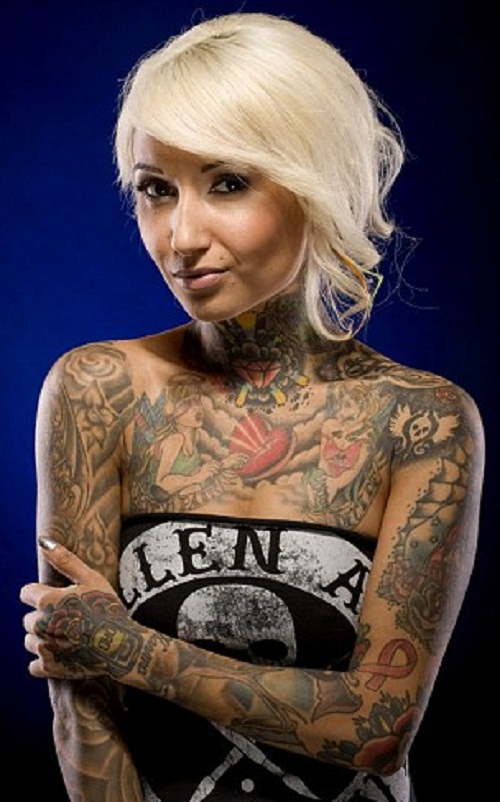 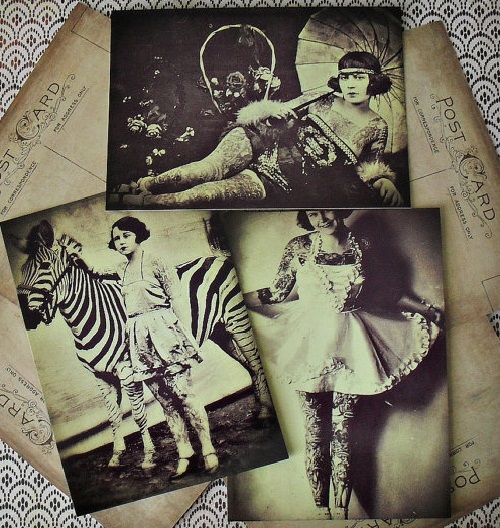 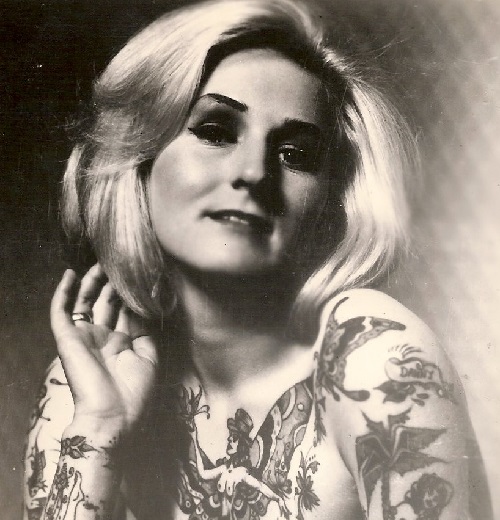 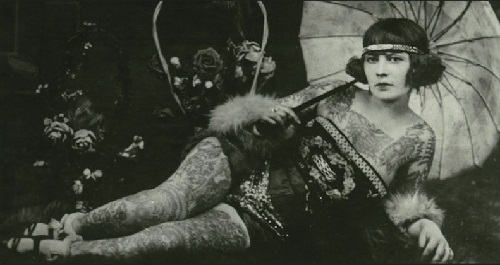 Postcard with the image of Head-to-toe tattooed woman 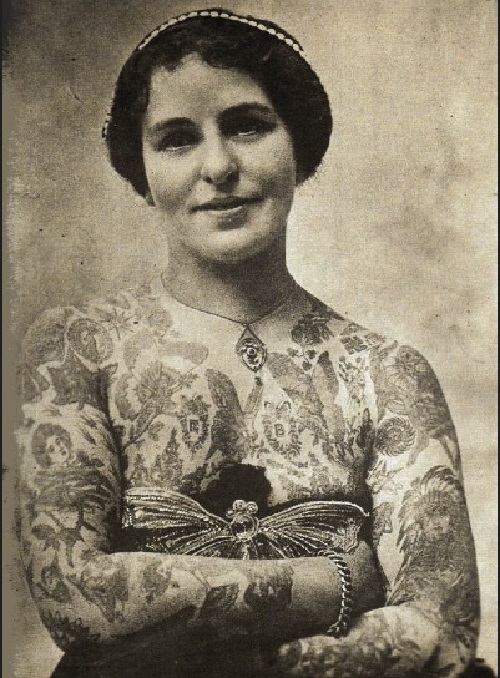 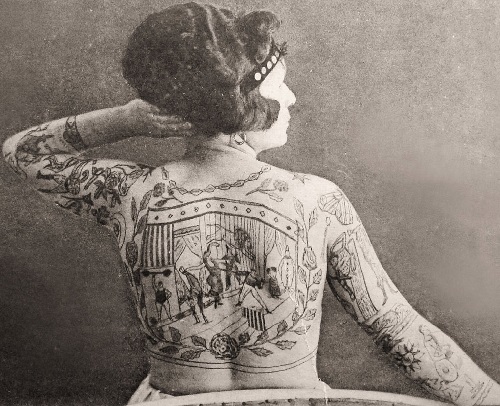 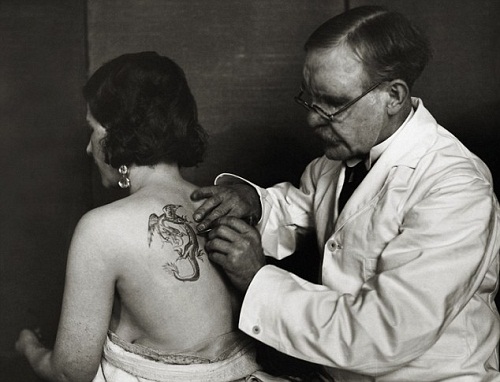 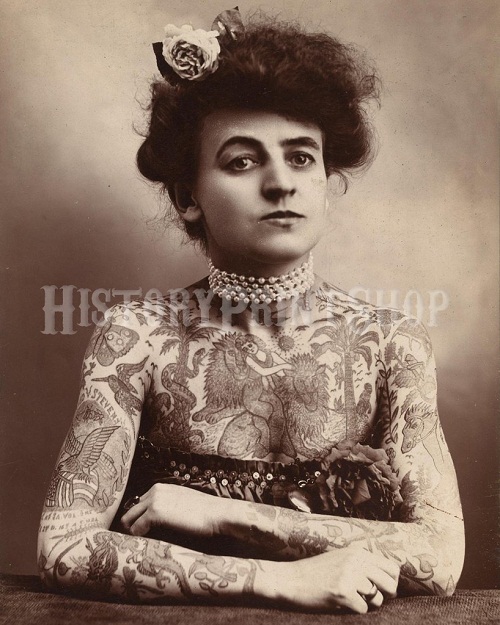 Photograph shows a half-length portrait of a woman with tattoos or body paint covering her arms and chest. 1907