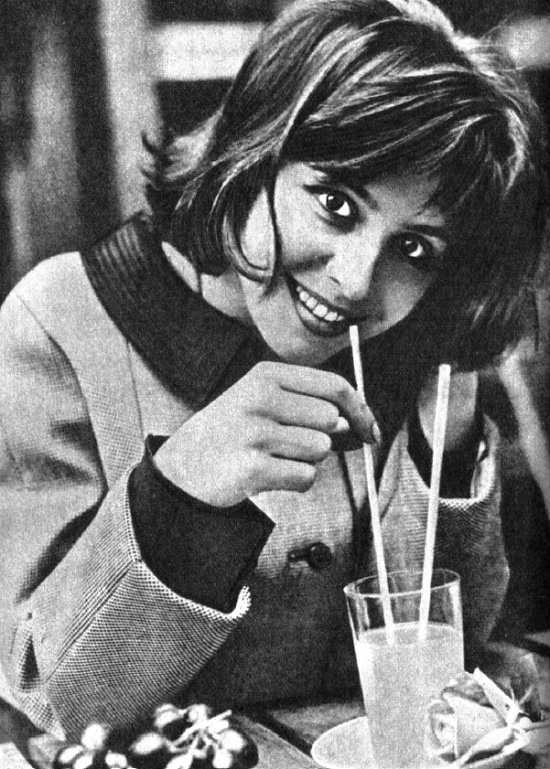 1960s most beautiful Slovak actress Emilia Vasharyova
The roles played by the young Czechoslovak actress Emilia Vasharyova are not all of equal importance in their artistic significance. But almost always, along with the appearance of a young actress, an atmosphere of bright hopes, a simple-hearted aspiration to happiness, to purity and truth arises on the screen. And almost every heroine of hers demonstrates the nature of a noble, deep, capable of strong and vivid feelings.
True, there were times when the emotionality, quivering, passion, characteristic of the actress, did not receive enough dramatic material for the embodiment on the screen. Sometimes only asked to demonstrate the originality of her talent, the very presence in the frame of Vasharyova would help to make the whole film “romantic”.
This happened, for example, in the film “Master Executioner”, where she played the role of being just a beautiful, but completely application who does not have specific actions and does not carry any thoughts. But the apparent failure of this role did not break the young actress, and could not dramatically affect her fate. After all, her acting “baggage” already had interesting theatrical roles and several curious roles played in the movies. 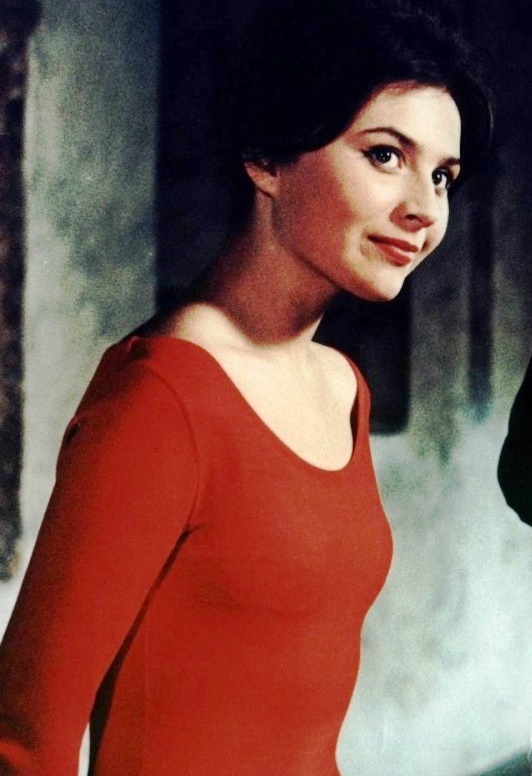 Born 18 May 1942 in Horna Shtubna, Emilia (Milka) Vashariova (Emília Vášáryová) was the most beautiful Czechoslovakian stage and screen actress of 1960s. From her childhood she took part in the plays of amateur theater. She graduated from the Academy of Performing Arts in Bratislava. Since 1964 – actress of the Slovak National Theater. Honored Artist of Czechoslovakia (1978). Called “First Lady of Slovak Theater”, she has received numerous awards during her long career. In particular, the Meritorious Artist (1978), Alfréd Radok Award (1996), Czech Lion Award, and Golden Goblet Award (2008). Also, the honorary degree Doctor Artis Dramaticae Honoris Causa (2010). 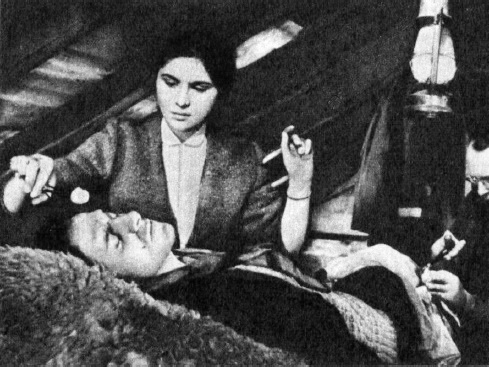 Emilia Vasharyova was still a student at the Bratislava Academy of Music Arts, when director Jiří Krejčík invited her to appear in her new film “Midnight Mass”.
… December 1944 year. The last time the German invaders celebrate Christmas in Slovakia. The Fascists themselves know this. At the tray with Christmas presents, the German commandant of the town, in which the film’s events unfolded, and the nurse Katka met. Just a young girl who had just seen a beautiful and sweet gingerbread heart with a smile, when saw the fascist approaching, glanced at him with such a hatred… In this scene, not a word was uttered, but the actress convincingly gave her understanding of the state of mind of her the heroine, who did not even try to hide the feelings that gripped her …

Most of the scenes in which Emilia Vasharyova performs in “Midnight Mass” – “silent”. Probably this is precisely what “explains” the absence of her name in the credits of the film, when it appeared on the screens. But the director did not accidentally chose this actress. It was necessary to him, and she became the personification of the Slovak national character. 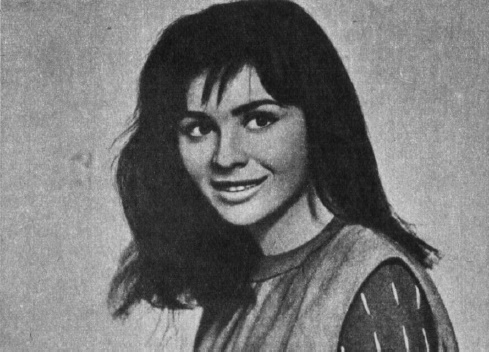 It is difficult to accurately determine what is its peculiarity. Any people puts into this concept the same positive features, all the best that is peculiar to a person, but it recognizes not every representative as its type. It needs a special form to express the essence. Obviously, E. Vasharyova had this harmony in her appearance. Being an individual, she managed to create a type …

All of her silent scenes are full of meaning, “sound” thanks to the actress, particularly, thanks to the amazing expressiveness of her eyes. Eyes, as the mirror to soul, the feelings and mood. Heroines of Vasharyova rejoice and suffer in full force, expressing the experience of the actress herself. The beautiful, suffering heroine is the same melodrama character, some will say… No, in the case of this actress, everything is different. 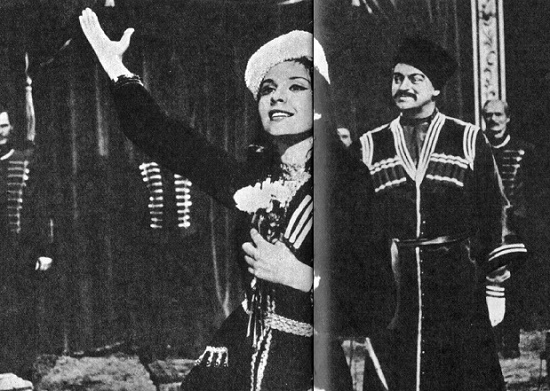 In 1965, Vasharyova starred in the Martin Fritch’s film “People from the wagons”, the film in its main situations frankly melodramatic. But the image of the rider Nina Georgia, created by the actress, is both complex, and vitally reliable, and in some way tragic.

In this case, you can, perhaps, talk about the success of the actress “in spite of” the plot. The story of the young actress Nina Georgia is the story of a person who is sincerely beautiful, but not stable, broken by the conditions of life. Vasharyova plays several transformations of her character. When the film begins, Nina is a cheerful, carefree girl, in love with the young rider Vintsek. Vintzek is taken into the army, and when he returns, he sees another Nina – a beautiful, self-assured woman, courted by rich fans, gifted with expensive gifts and who seem to be naive about her girlhood dreams of “paradise in a hut.” 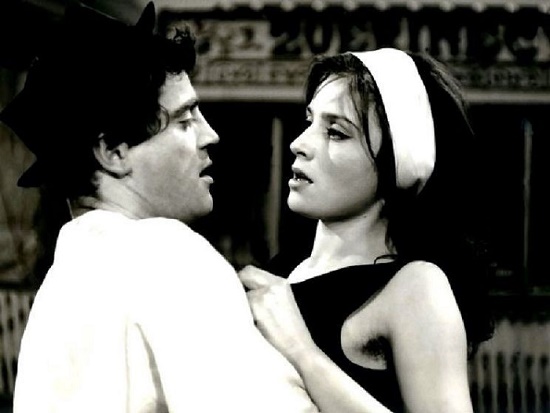 Scene from the movie, Milka Vasharyova

But this is only outwardly. Avoiding unambiguity and melodramatic (the “poor” hero is a “rich” opponent), Vasharyova appears in the episode of Nina’s meeting with Vintsek as an actress of great dramatic talent. Her Nina at that moment is very suffering. In the cry “Leave us!”, addressed to the father and mother, who were always against her marriage “with the poor”. The hatred to them, and thirst for pure love, and pity for herself, already incapable of disinterested feelings. In the emotional explosion of the heroine, this episode reveals the depth of Nina’s human drama. But the memory of the past was not enough to give up shine and tinsel. Nina marries an old man, and becomes a socialite. However, after some time she returns to Vintsek. But the happiness of Nina and Vintsek was short-lived: unable to withstand the difficulties of the life of stray circus actors, she again leaves …

Why did Nina return and then leave again? What happened to her? Just words can not explain this, and, probably, in another film, it would look like a failure, destroying the integrity of the character. But not in the “People from the wagons”. The answer is in the eyes of Vazariyova – this is the collapse of Nina’s hopes for the possibility of happiness, love … In the last major plan, Nina shows everything – the determination to leave, the pain of forever lost love, and the ruined life. So the actress brings to the film a sense of tragedy, accompanying the fate of not only her heroine, but in general “people from the wagons” – disadvantaged, lonely in an unjust and cruel world. 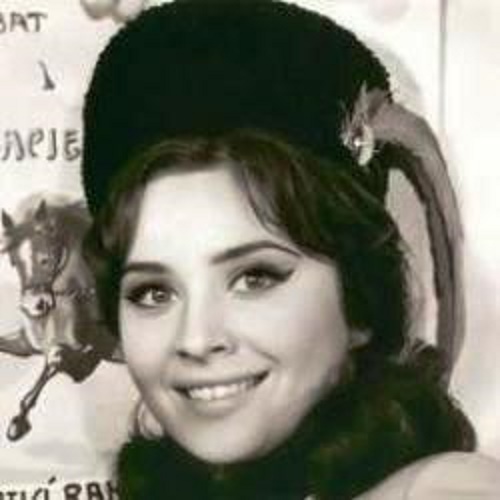 As a rule, Vasharyova succeeded in tragic roles. This is the nature of her talent. Pure, sincere, most often defenseless, her heroines can not stand the encounter with evil and inhumanity and either break or die. This is Eva Weiman in the film “St. Alzhbeta Square”, Eva in the film “The Raven Returns” and Eva Glavayeva in the film “The Living Whip”. The heroine of the movie “The Living Whip” is a simple peasant woman who, like many women in the countryside, accompanied her husband to the war. No, at first Eva didn’t worry: the war would soon be over. But when the funeral began to come to the village, the mutilated soldiers began to return, she fell into despair. Eva tries to convince the “important person” – the notary – to help her return her husband, whom she loves so much and without whom she can’t live … Adam comes back. But Eva is no longer destined to see him: shamed by a man who promised to help her, she committed suicide. 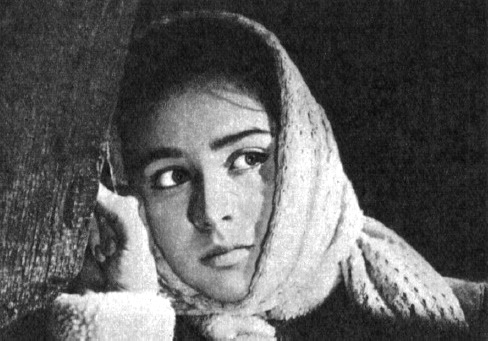 According to Czechoslovak critics, the role of Eva Glavayeva – the best tragic role of Emilia Vazaryova in the cinema. However, the actress refused any pathetic in her role, trying to avoid emphasizing the exclusivity of Eva and her fate. And that is why the deeply realistic image created by Emilia Vasharyova – perceived simultaneously as a symbol of human suffering and people’s tragedy. 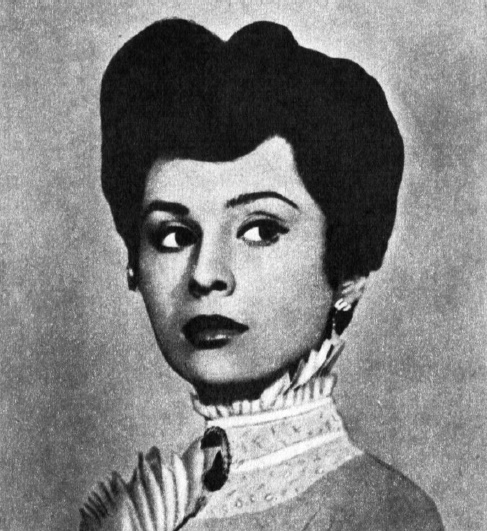 If in the “Living Whip” the heroine of Emilia Vasharyova is a symbol of the people’s tragedy, in the “Two Musketeers” of Karel Zeman, it is perceived differently. The mischievous and tender, desperate and faithful Lenka becomes a symbol of immortality and invincibility of the people. 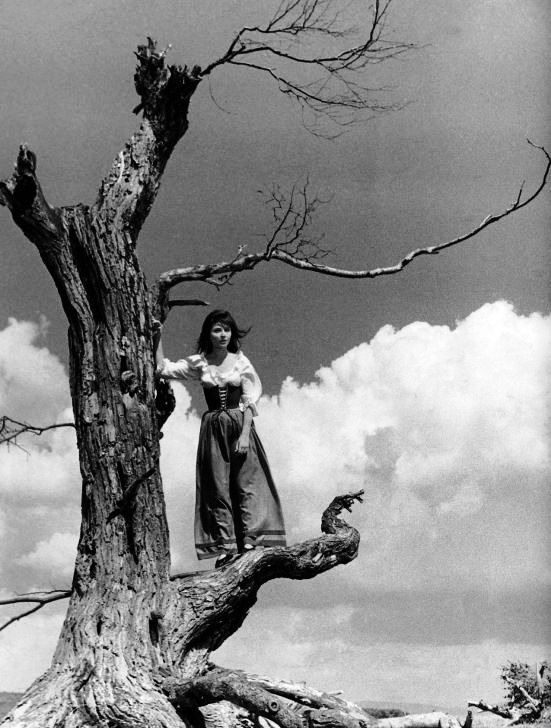 “Two Musketeers” is a tragicomedy, the events of which unfold in the 17th century, during the Thirty Years’ War. The film has a lot of funny, connected with the adventures of two friends, Peter and Matei. But the funny adjoins the tragic. After all, after the end of this war in the Czech Republic, less than half of the inhabitants survived … Funny and terrible falls on the share of the village girl Lenka. And it was love helped her to triumph. Lenka, performed by Vasharyova, is a real girl from the people, cheerful, and clever.

Such features of the Slovak national character as vivid emotionality, a romantic perception of the world, optimism, and deep patriotism – inherent in the actress herself. This is another explanation of the authenticity of Lenka’s image in The Two Musketeers and in general the best cinematic roles of Emilia Vasharyova. But, unfortunately, there are not so many of them yet. Let’s face it, the theater uses talent of Slovak actress Emilia Vasharyova far more fully. 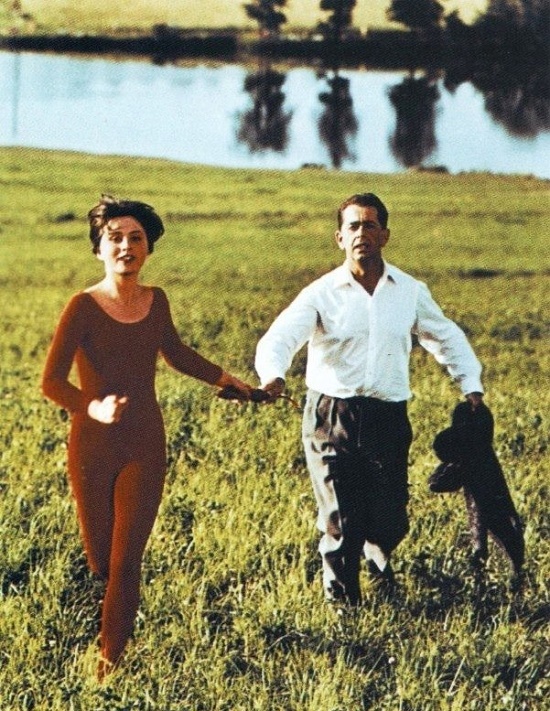 Having graduated from the acting department of the Bratislava Academy of Music Arts in 1963, she first joined the troupe of the Bratislava Theater “New Stage”. And soon joined the troupe of the best theater of the republic – the Slovak National Theater, where she played so many different roles. In particular, the role of Anna in the play of F. Durenmatt “Don Juan, or Love of geometry,” Herodes and Herodias, Vassa Zheleznova, Sophocles’s Antigona, Tolstoy’s War and Peace, and Shakespeare’s Ophelia … 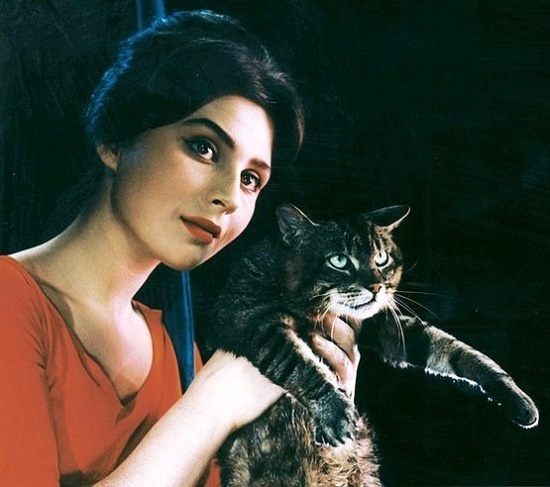 Based on the article in the magazine “Actors of foreign cinema”, 7-1972