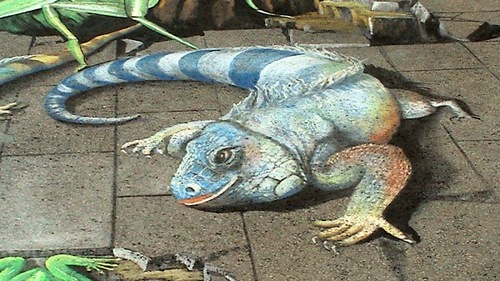 3d street art by Gregor Wosik
Born in Poland, Gregor Wosik at the age of 29 moved to Germany, where he lives now. However, before Gregor Wosik considered art to be his favorite hobby. Then Gregor realized that the talent for drawing should not wallow in the form of paintings and sketches somewhere in the closets. The last five years, he is fond of street art and does it quite successfully. The main work of Polish artist in 3D is so-called “Dummy.” Two years ago, Gregor was one of six artists who created the largest outdoor 3D-image. Last year the record was broken in London. In addition to simple drawings in the streets, his talent is in high demand among the advertisers. Wosik also drew a couple of pictures in Moscow last year. 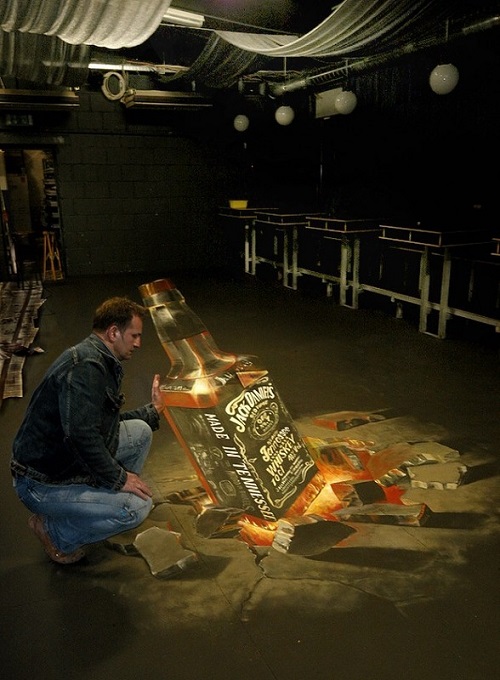 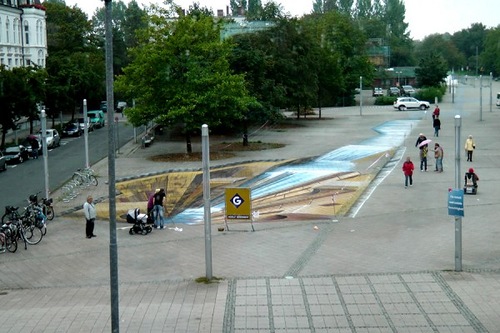 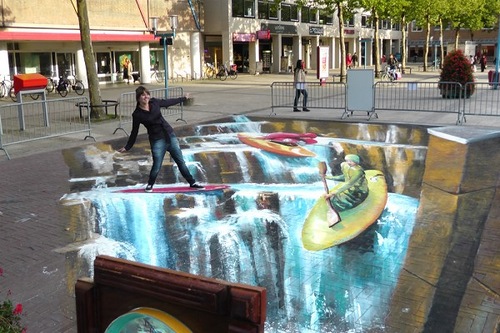 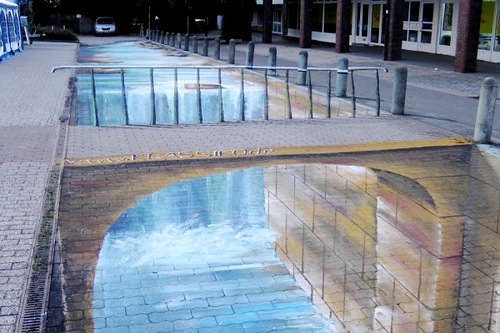 Bridge above the river 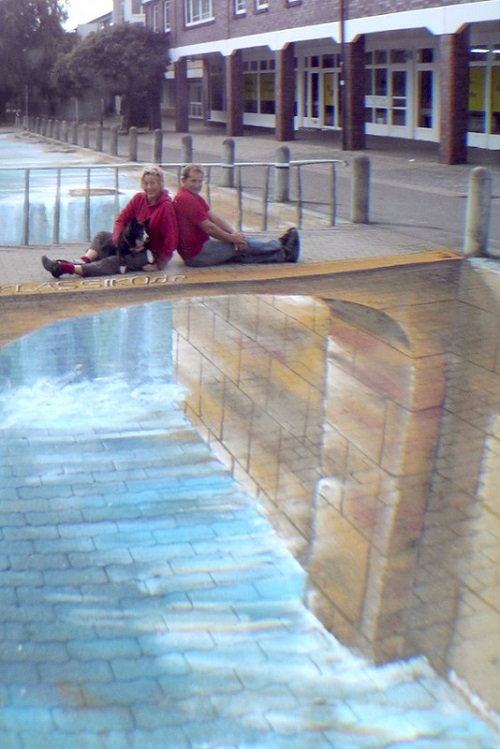 Sitting on a ‘bridge’ 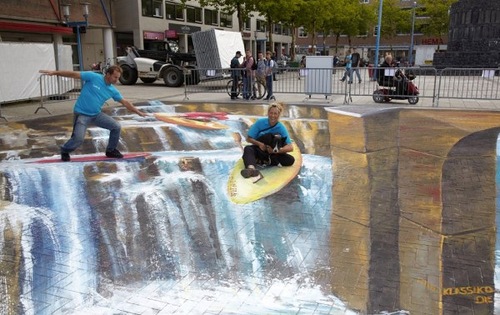 Realistic waterfalls painted on the asphalt 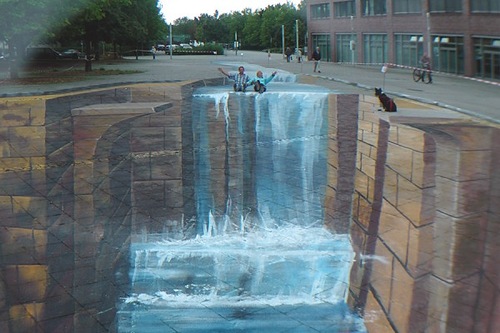 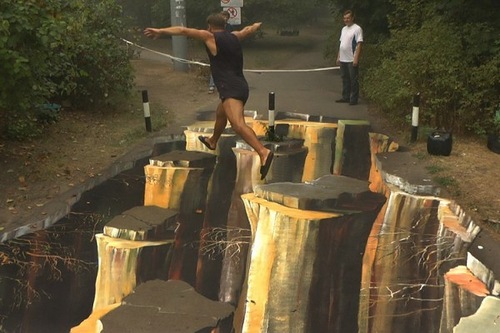 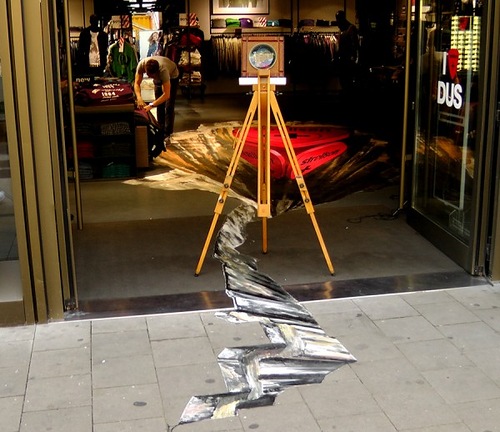 One of the works 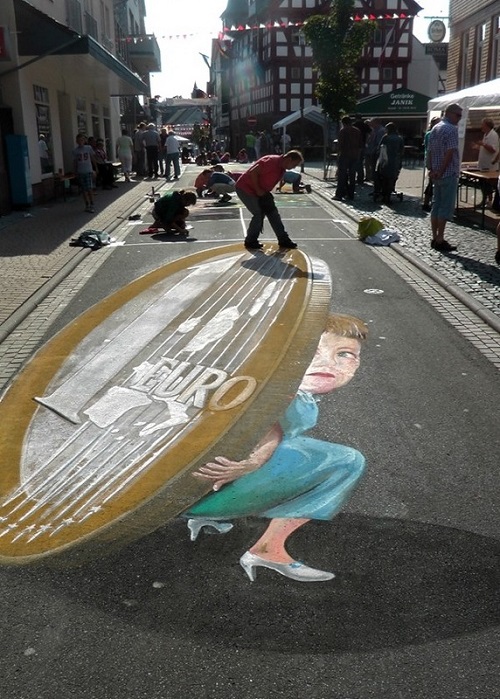 Hidden under the Euro coin 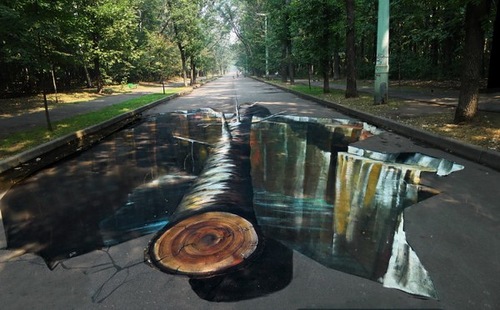 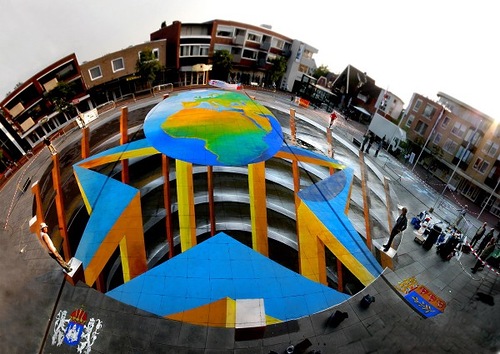 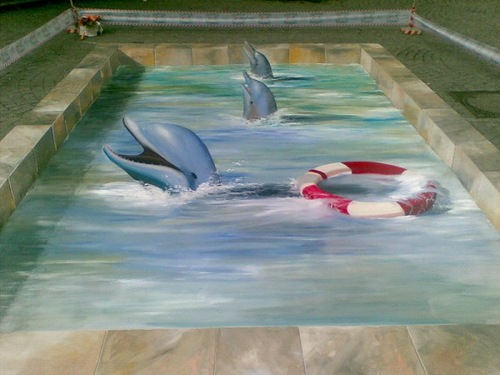 Dolphins in the pool 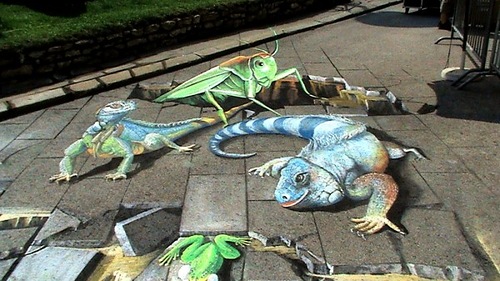 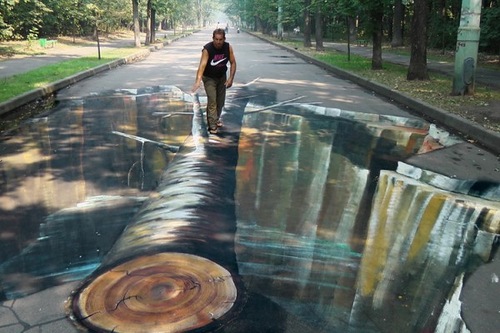 Walking along the huge broken tree 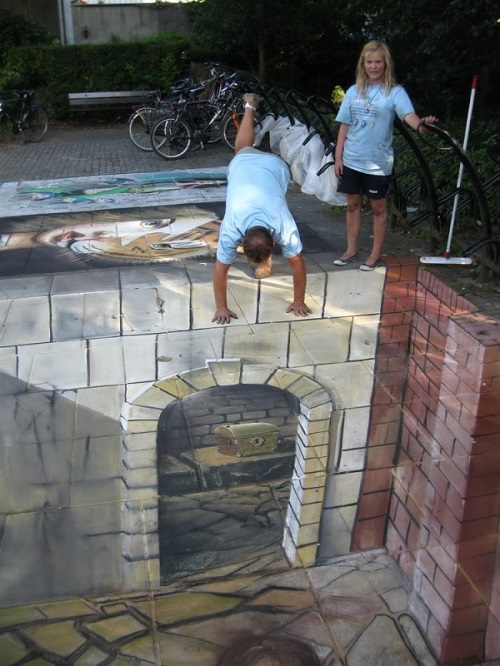 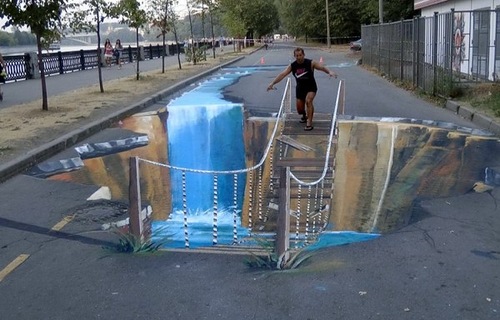 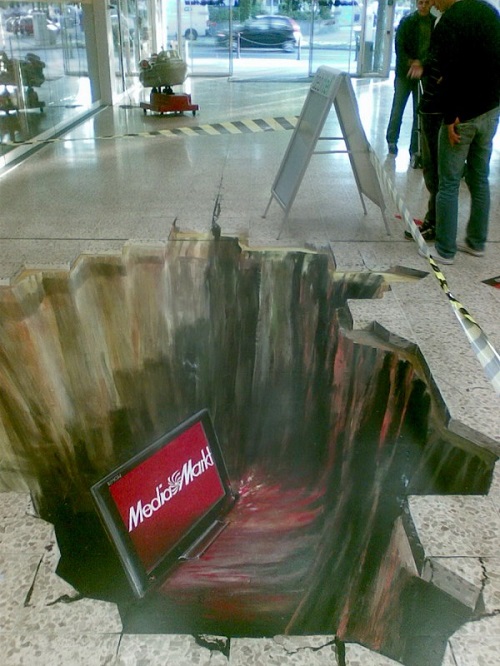 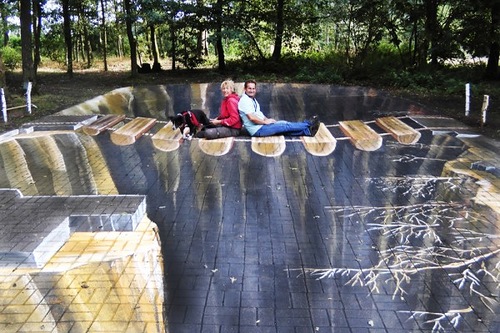 On the suspended bridge 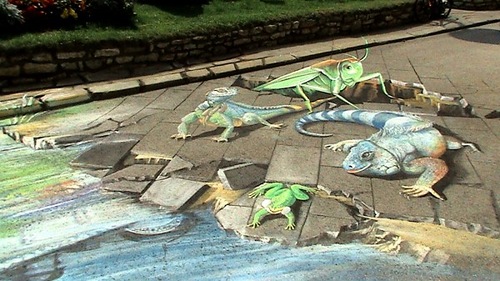 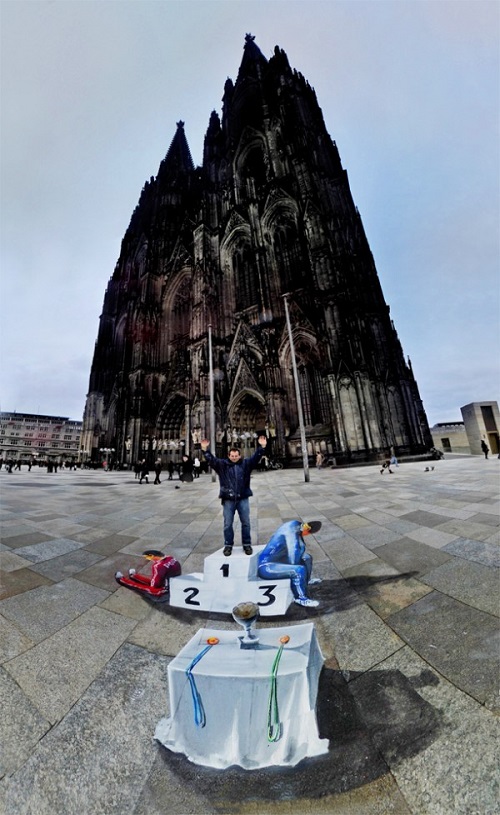 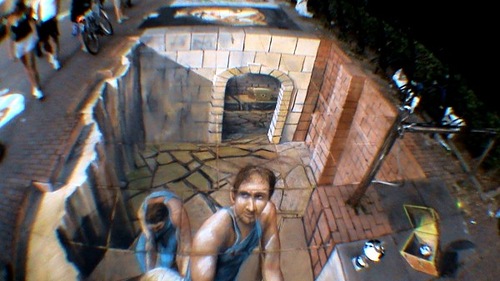 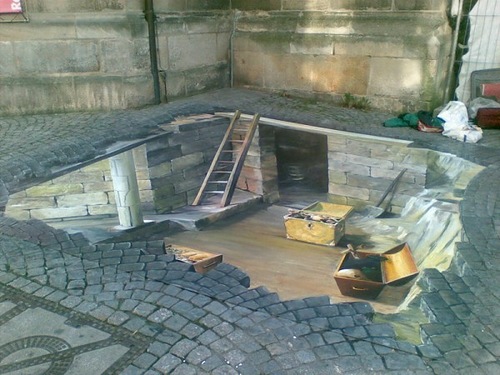