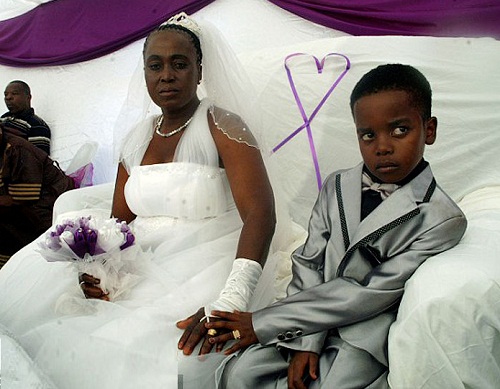 8-year-old boy married 61-year-old woman
This photograph depicts a 8-year-old schoolboy, who married a 61-year-old woman, obeying the order of a long-dead ancestor’s spirit. Sanel Masilela tied the knot with Helen Shabangu, who is married and is the mother of five children. This so unusual alliance was promoted by the spirit of the deceased ancestor whose fate was supposedly passed to the boy. Fearing the wrath of the dead, the family of 8-year-old Sanel arranged the wedding for only two months. 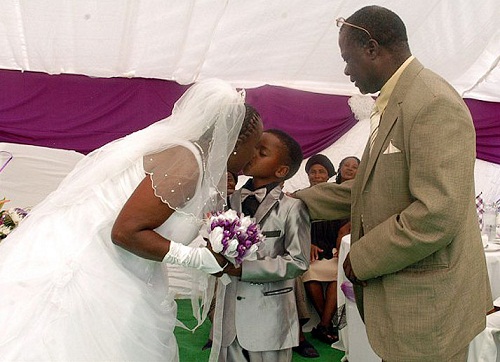 Silver suit with a neat bow – Sanel is leading the bride to the altar. This ceremony shocked many in their native Tsvane, South Africa, but the family of the groom says to treat it simply as a ritual rather than a formal alliance. 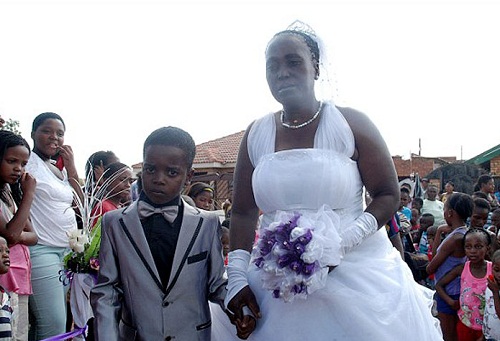 “In our family this is for the first time, – says the 46-year-old mother of Sanel Patience. – Sanel was named after his grandfather, who never married, so after his death, he asked Sanel do it for him. He chose Helen, because he loved her. So we made our ancestors ​​happy. Otherwise, the family would have bad luck. I do not think it’s something strange, because it helped us to bring happiness to our dead relatives, and this is important”. 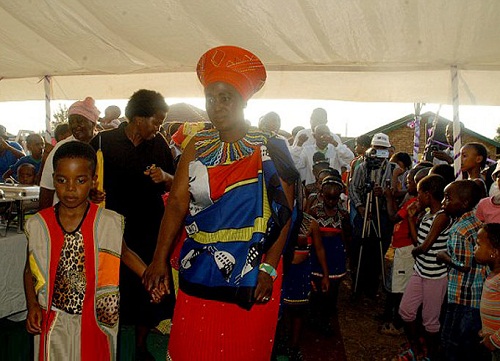 “Sanel liked the ceremony, everything went the way he wanted. He is happy and very excited to get married. “Sanel and his bride did not sign the marriage certificate, and they do not have to live together. After the wedding, the two returned to normal life. Sanel hopes that when he grows up, he will be able to marry a girl of his age 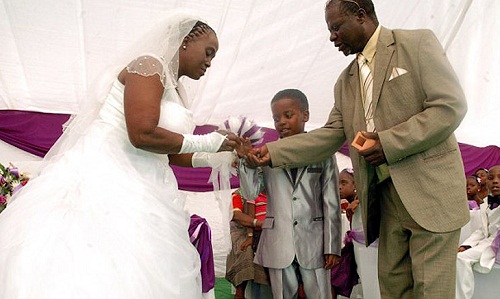 “I am glad that I married Helen, but then I go to school and I will study hard. When grow up, I’ll get married a lady of my age”.

The bride also enjoyed the ceremony, despite the fact that she is a grandmother’s age for him, and her children are from 27 to 37 years old”. I am married and have five children, but I’m happy because with this ceremony we made ​​happy our parents”.

“It’s a ritual, a kind of game, but it is a sign that one day he would marry for real.” Husband of the bride said that he and their children also do not mind. “Some of our neighbors are shocked, but we have no problems with that.”

Now Sanele Masilela is enjoying dinner with his wife Helen Shabangu, he said he is now beginning to feel like a proper husband. 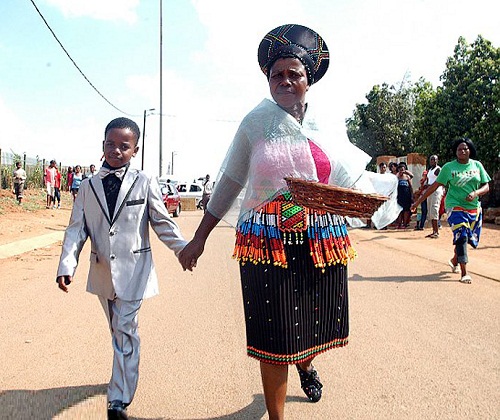 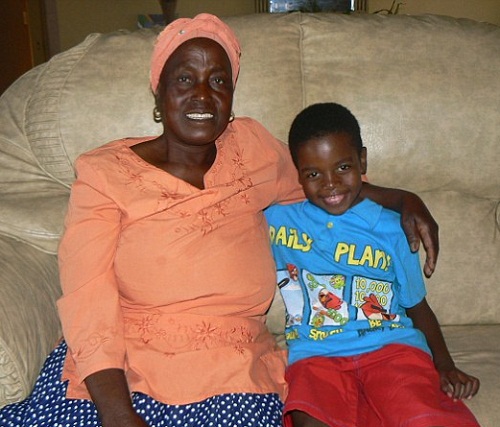 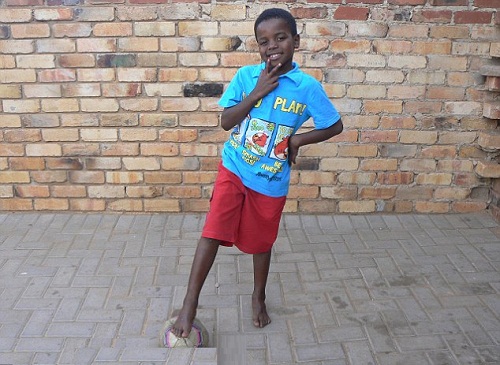 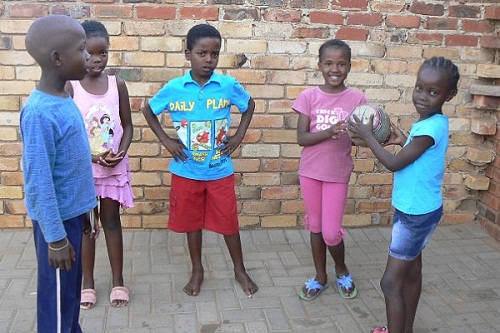 Masilela and his friends 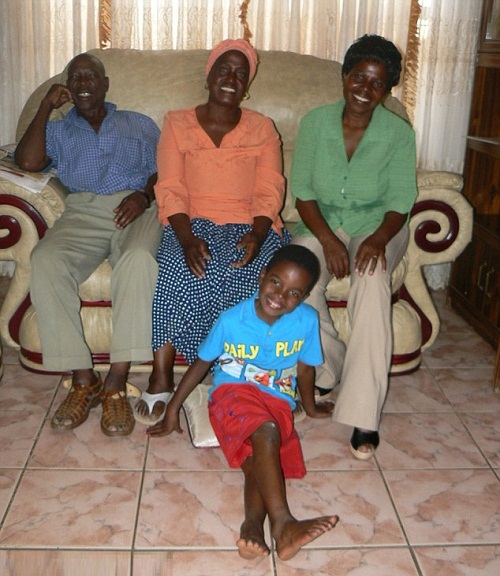 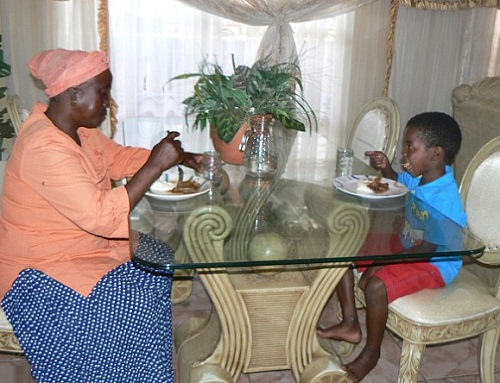 At Helen’s home. The young husband feels like a married man now