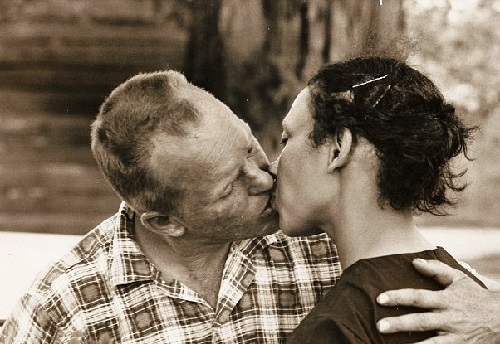 Crime being married to each other – Mildred and Richard Loving

Without any doubts, this love story is weird. Mildred and Richard Lovings (family name Lovings speaks much, by the way) were arrested in 1958 for the crime, however crazy it sounds now, “being married to each other”. Thus, the sheriff of Caroline County, Virginia, arrested the couple in a nighttime raid in their bedroom.
Richard was a bricklayer with a blond buzz cut. Mildred was of Native American and African-American descent. A judge told the couple of Lovigns to leave their state for 25 years. The Court struck down miscegenation laws in many states. But the only message Richard had for the Supreme Court was: “Tell the court I love my wife.” 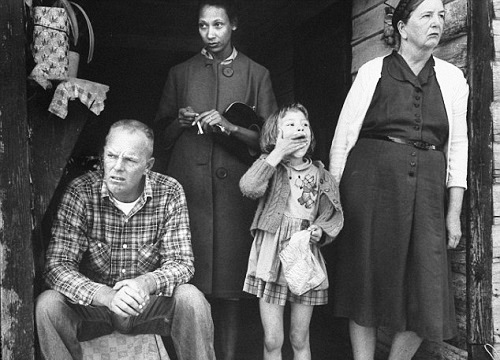 Mildred (center) and Richard Loving (left), with their daughter, on the front steps of the home of Richard Loving’s mother (right) in Central Point, Caroline County, Virginia, May 1965 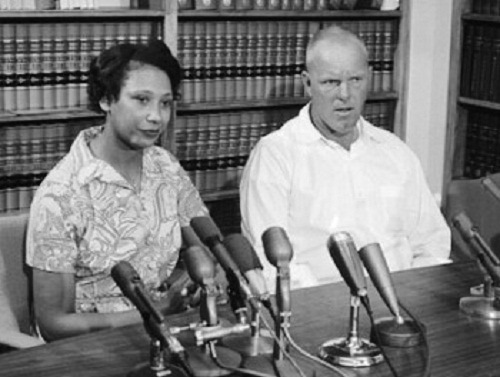 A husband and wife, Richard and Mildred Loving

Mildred Loving and her husband Richard P Loving are shown in this January 26, 1965 file photograph, Mildred Loving, a black woman whose challenge to Virginia’s ban on interracial marriage led to a landmark Supreme Court ruling, died Friday, May 2, 2008 at her home in rural Milford, her daughter said Monday, May 5, 2008. She was 68. 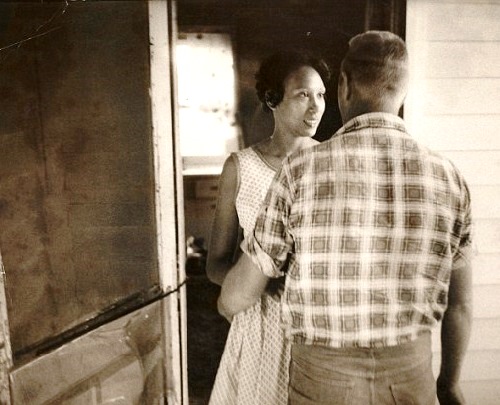 Happy together Mildred and Richard Loving 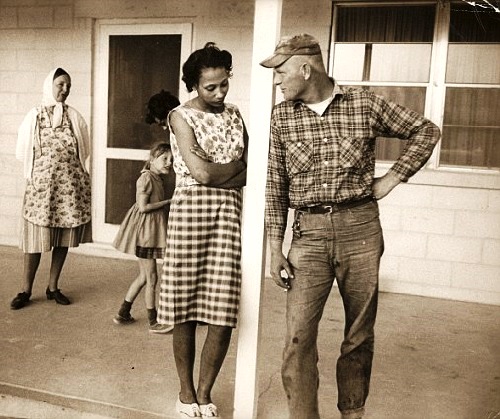 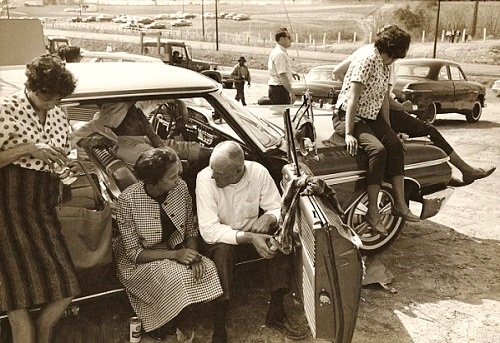 Sitting in a car Mildred and Richard Loving

These are pictures of the couple taken by Grey Villet in 1965 and showed by the International Center of Photography. Besides, Nancy Buirski directed an HBO documentary about the Lovings, “The Loving Story.” This movie describes how the family struggled to return home after living in exile in Washington. Mildren wrote pleading letters to the A.C.L.U. and Robert F. Kennedy. This case was even taken to the Supreme Court by lawyers. 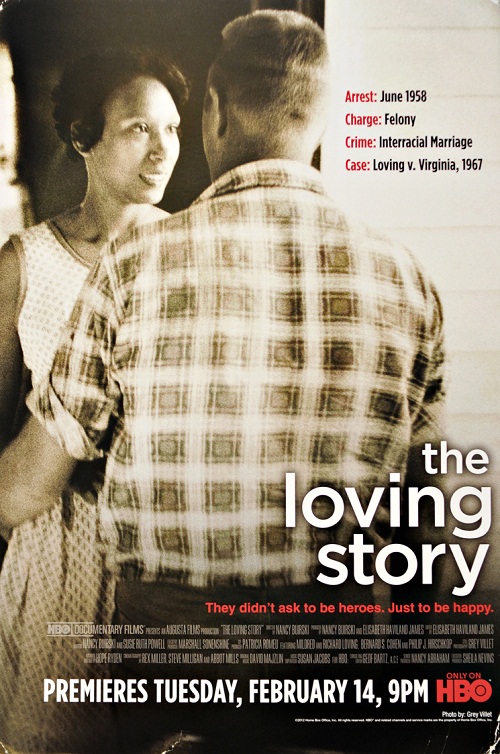 The movie poster for ‘The Loving Story’ about a Caroline County couple, Mildred and Richard Loving, who won a supreme court case to let inerracial couples the right to legally get married 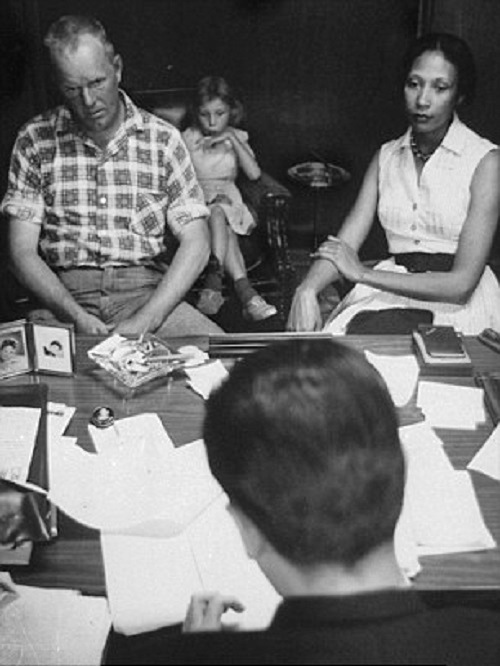 Unfortunately, Richard Loving died in a car accident in 1975, and Mildred died in 2008. Their only surviving child, Peggy Loving Fortune, attended the screening and took part in a panel discussion afterward. According to her, she was hesitant to get involved in the documentary at first, but eventually supported the movie “to let people know it was my parents who fought for their freedom.” 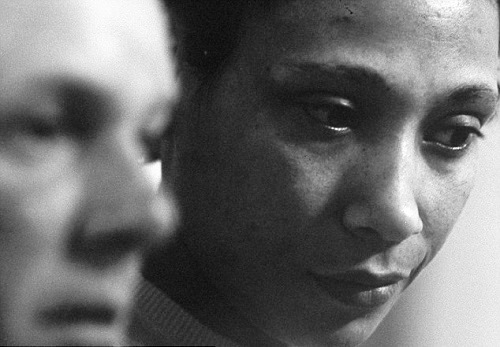 Mark Loving and his children

Mark Loving (left) and his children, Lanadia Loving, 10, (left), Nariyah Loving, 8, (center), Mark Loving II, 14, (right) and Iziah Loving, 2, (right), Mildred and Richard Loving’s grandchild and great-grandchildren attend the HBO premiere at the Caroline County Community Services Center on February 4, 2012. The film is a documentary about their the Caroline County couple who married in 1958 despite the laws against such a marriage. 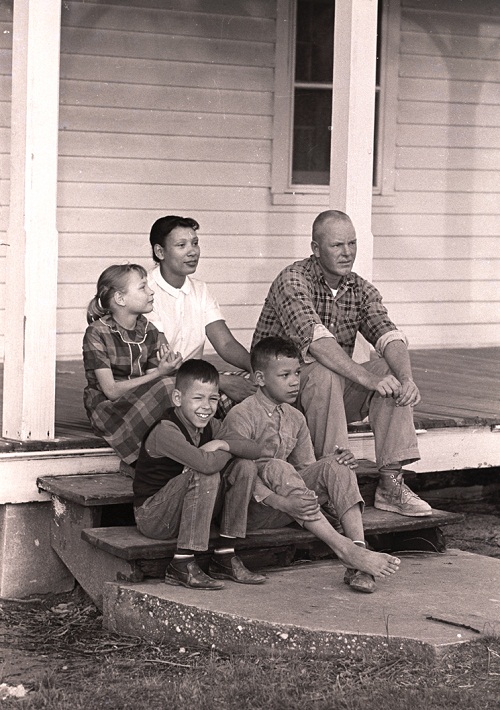 Hard to believe, the state was so cruel to them. Mildred, Richard Loving and their children

Plenty of those couples still make Caroline County their home, and the film makes it clear that Central Point has long been a place where interracial relationships were common and condoned, even in the 19th and early 20th centuries.

But not everyone took those relationships so lightly. There is footage of Mildred Loving talking about a cross that was burned in her parents’ yard. She doesn’t seem angry when she talks about it, and neither does Richard. As he does throughout most of the movie, he sits stoically by her side, sometimes holding her hand, sometimes embracing her.

The Caroline County audience members couldn’t hold back their pride—they cheered for the Lovings, and they cheered for love. The rest of the country is about to follow suit. 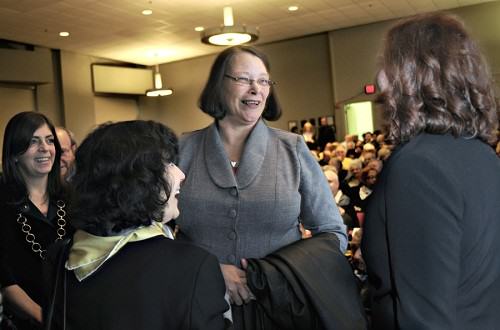 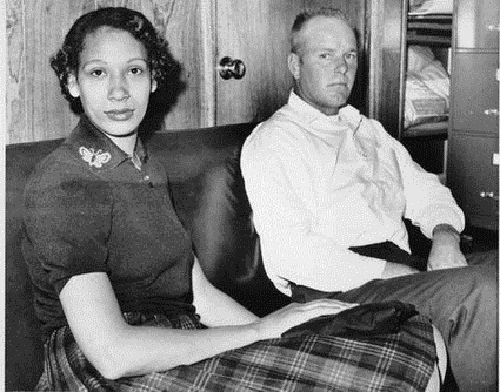