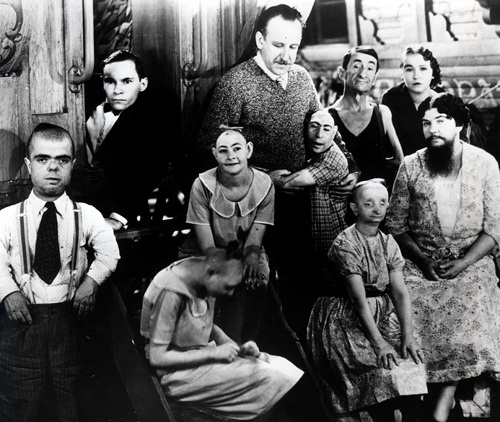 “Freaks” is an American horror film, directed and produced by Tod Browning, casting real people with deformities. The film was based on Tod Robbins’ 1923 short story “Spurs”. The head of Metro-Goldwyn-Mayer Studios banned actors-freaks from dining in the cafeteria because they shocked sensitive actresses involved in other films. The film brought the humanist and moral charge of the highest glow, but contemporaries were not ready for the proposed by Tod Browning the level of frankness. No censorship cuts couldn’t save “freaks of nature” from the failure at the box office, and the film was buried in the archives for three decades. The film was banned in several countries (the longest bans in the history of British cinema, Australia, the U.S. States and cities). Some of these prohibitions are not officially withdrawn until now and formally considered valid. 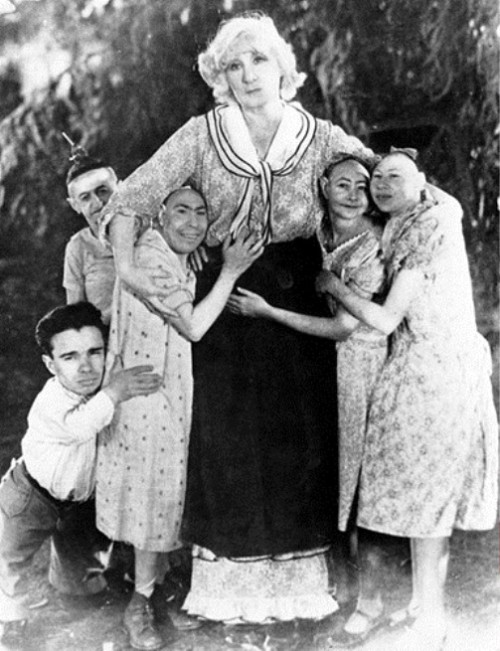 Perhaps, the most unsettling horror film to follow in the wake of Frankenstein’s enormous financial success in 1931, Freaks (1932) tells the story of seemingly childlike carnival ‘‘freaks’’ who wreak unspeakable revenge on two able-bodied swindlers. Adapted from the Tod Robbins short story ‘‘Spurs’’ and directed by Tod Browning, this untidy little film shocked audiences with its use of actual disabled performers: midgets, an armless woman, a ‘‘living torso’’ (a man whose body ended slightly below his ribcage), and many others. In 1961, the film was rediscovered and quickly gained cult status. It has had a great influence on the nonconformist cultural currents of the 1960’s. In 1967, the film was awarded the special exhibit at the New York Museum of modern art.

In 1994, the film of great artistic value was included in the national movie-base of the United States. Film of David Lynch “The Elephant Man “(1980) was influenced by Freaks.

Song of David Bowie “Diamond dogs” opens with a reference to this film:
As they pulled you out of the oxygen tent,
You ask for the latest party,
With your silicone hump and your ten inch stump,
Dressed like a freak you was,
Todd Browning’s freak you was. 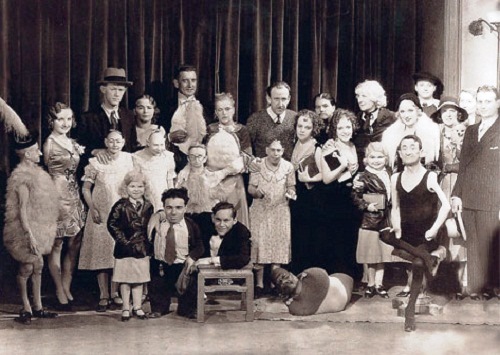 The film by Tod Browning was powered by his own life experience — at age of 16 he ran away from the family and had long worked in a stray circus.

The film starred the most impressive group of actors with physical disabilities in the history of cinema. Tod Browning invited to the casting most famous circus freaks of all stray circuses of the United States.

A number of approved for the role actors refused to participate in the film, not to be filmed together with the “ugly freaks”, they were Victor Mclaglen (Hercules), Myrna Loy (Cleopatra) and Jean Harlow (Venus).

The length of the movie was 90 minutes, but the film was reduced to 64 minutes. Among the cut and lost scenes was one of the final episodes, in which emasculated by freaks Hercules sings soprano in the stray circus.

The Studio was afraid of the negative reaction of the audience to the film, that in any case destroyed its negative. After the film was ready, right on this show came to the famous entrepreneur of stray freaks Dwayne Esper, who showed the film under the title “forbidden love” and “Errors of nature” during performances. 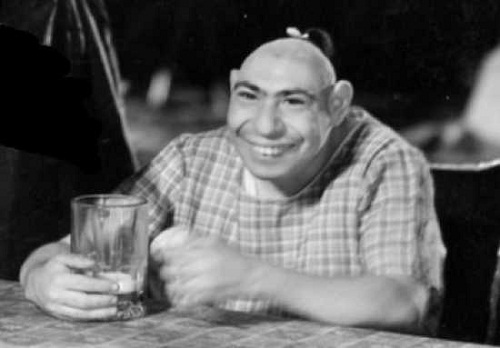 Microcephalic Schlitzie (real name Simon Metz), also known as the Pin head, always dressed and presented a woman, despite the fact that Schlitzie was actually a man. This Schlitzie was not homosexual or transvestite and claimed that he preferred to wear dress simply for reasons of personal hygiene.

One of the roles in the original script was written specifically for the famous dwarf actor-John George. However, for unknown reasons, John George was not filmed in the movie. 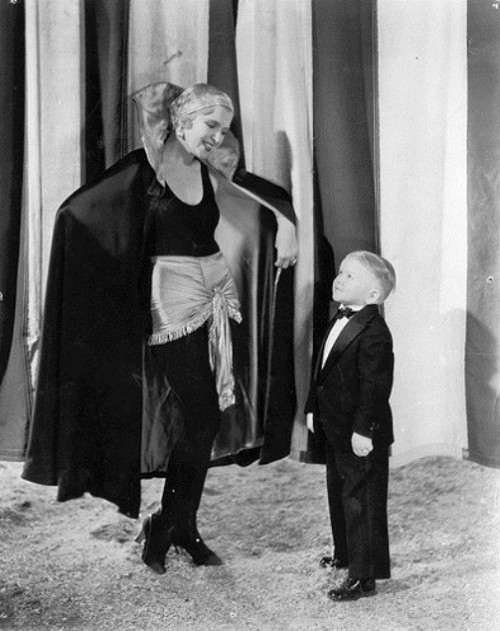 The dwarf actor in the movie Freaks

The dwarf actor Angelo Rossitto (Andzeleno) subsequently was able to pursue a successful career in film and television, including the role of Kid Moe in Barrett (1975-1977) and the wizard in the movie “Mad Max: under the dome of Thunder (1985).

In the UK the film was banned in 1932, and then again in 1952. In the end the film was released in the British film with the most rigid rolling rated x in May 1963, 30 years after release. This is one of the longest bans in the history of British cinema.

Freaks ran afoul of censorship boards across the United States and was banned in Great Britain for three decades. After playing the exploitation-film circuit for years, it received acclaim at the 1962 Venice Film Festival and enjoyed some popularity among counterculture ‘‘freaks’’ during the late 1960s and early 1970s. The Library of Congress honored Freaks by adding it to the National Film Registry in 1994. 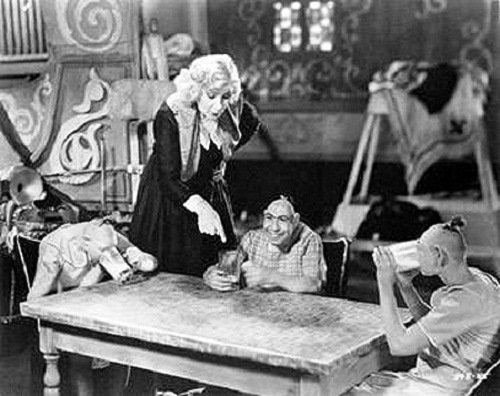 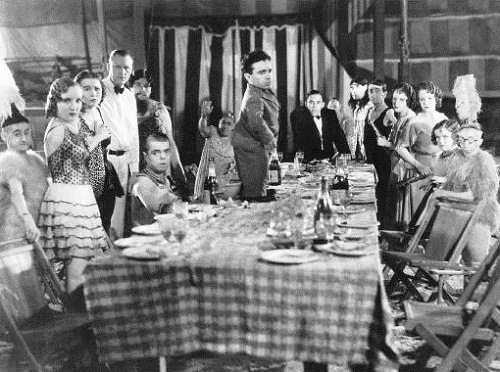 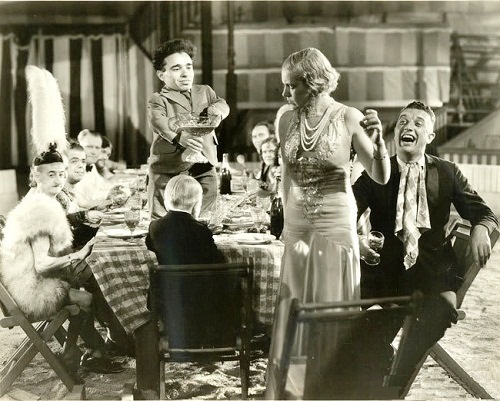 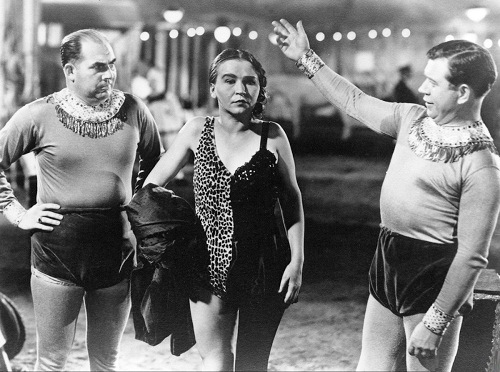 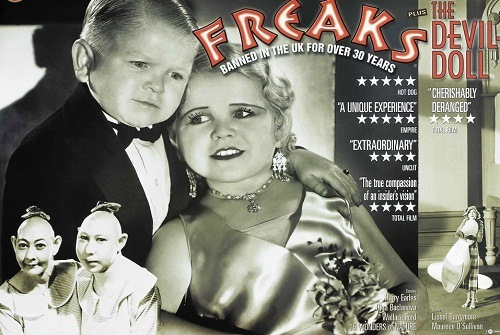 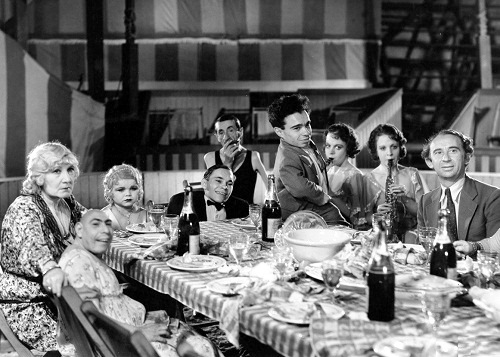 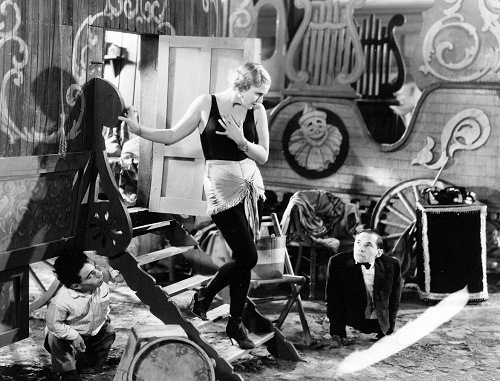 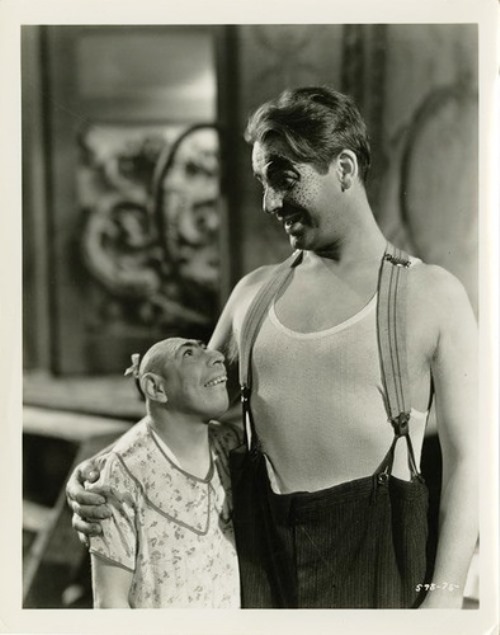 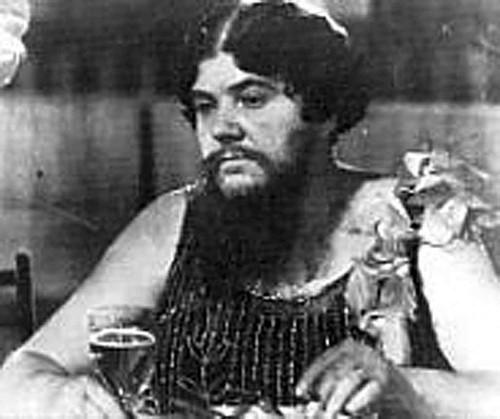 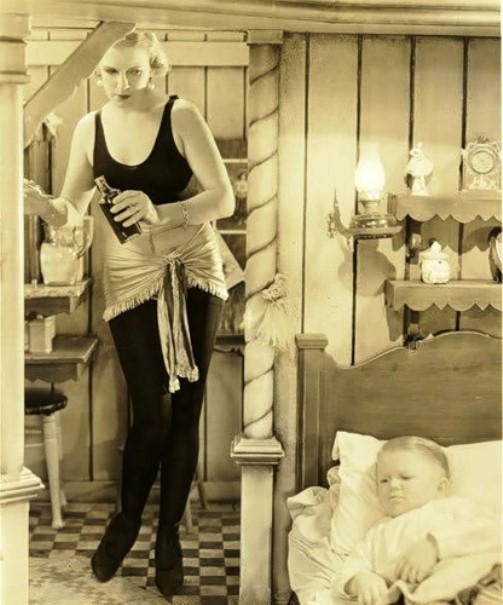 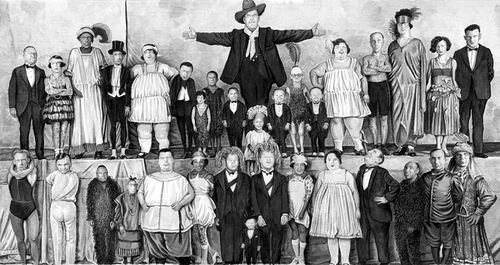 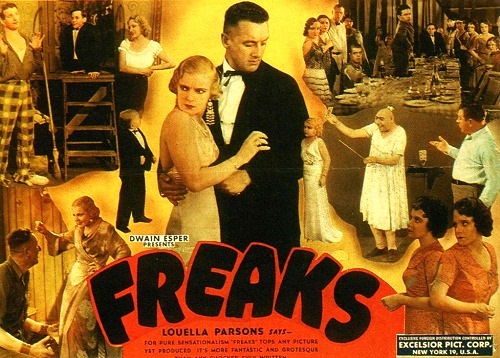 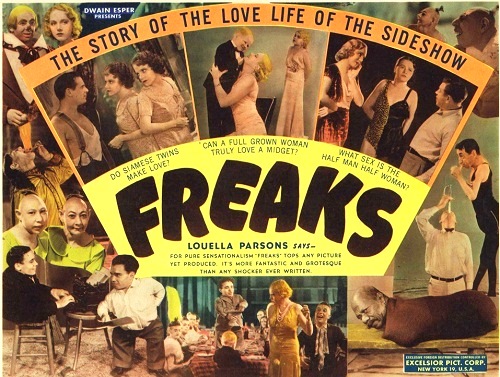 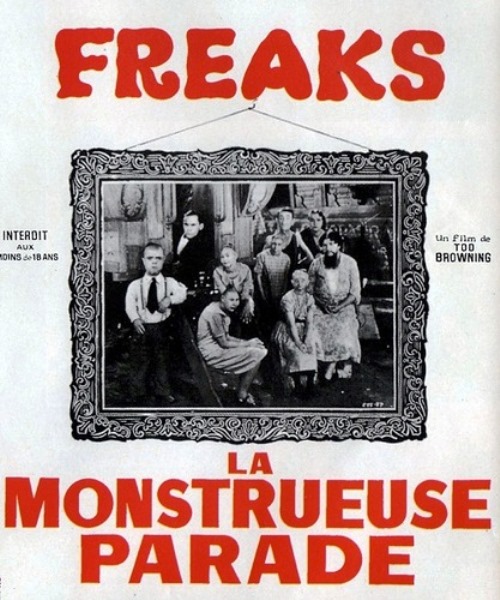 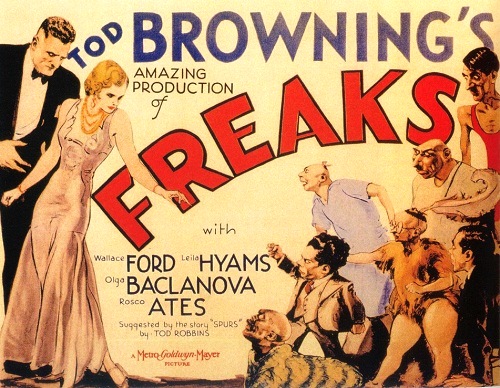 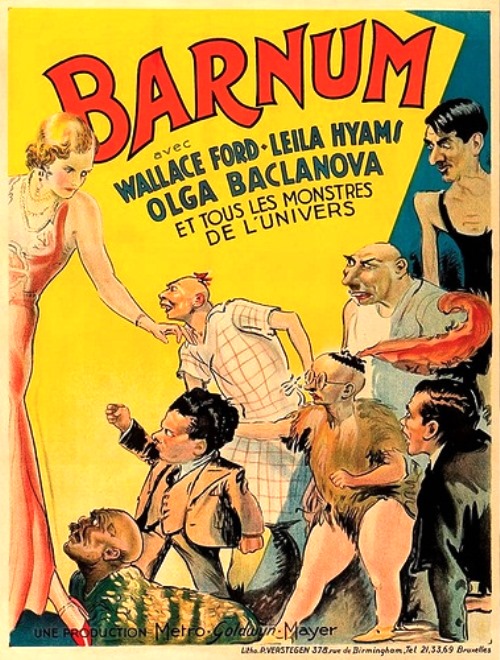