Nosferatu A Symphony of Horror 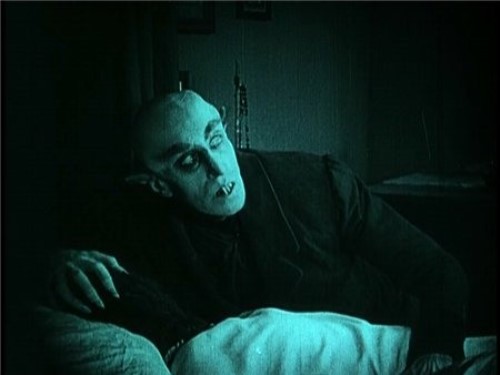 Actor Max Schreck in the 1922 film, Nosferatu A Symphony of Horror

Nosferatu A Symphony of Horror is a classic 1922 German Expressionist horror film, directed by F. W. Murnau, starring Max Schreck as the vampire Count Orlok. The film, shot in 1921 and released in 1922, was an unauthorized adaptation of Bram Stoker’s Dracula. However, names and other details changed because the studio could not obtain the rights to the novel (for instance, “vampire” became “Nosferatu” and “Count Dracula” became “Count Orlok”). 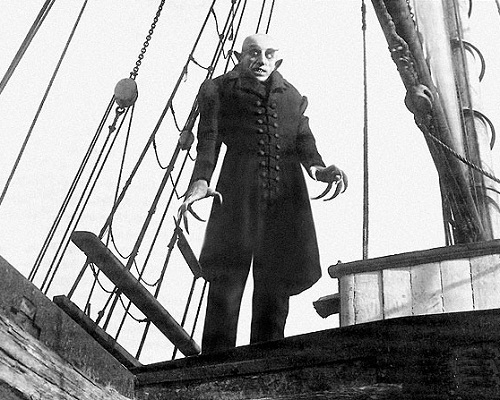 Murnau has found that in real life Max Schreck is so ugly that by and large he can do without makeup: enough to attach to him horrible fangs and pointed ears of Roger.

Sadly, as stated by Bram Stoker’s widow, all films and negatives with the film were destroyed after the trial. However, subsequently there were copies in other countries, and the movie was saved.

Many of the night scenes were filmed during the day, and it was visible even on a black and white film. Later corrected by imposing disadvantage on night shots of blue filter.

Nosferatu’s preview premiered on 4 March 1922 in the Marmorsaal of the Berlin Zoological Garden. This was planned as a large society evening entitled Das Fest des Nosferatu (Festival of Nosferatu), and guests were asked to arrive dressed in Biedermeier costume.

Nosferatu A Symphony of Horror 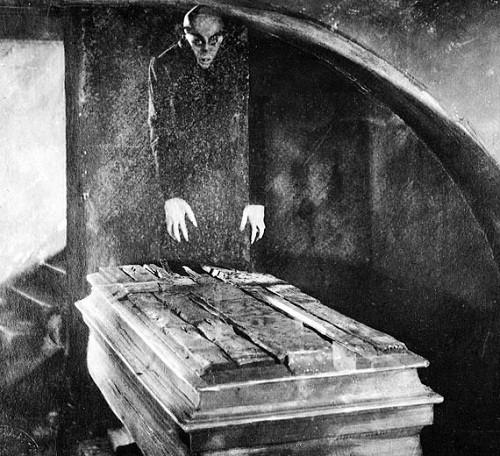 In Sweden, the film was banned until 1972. Max Schreck 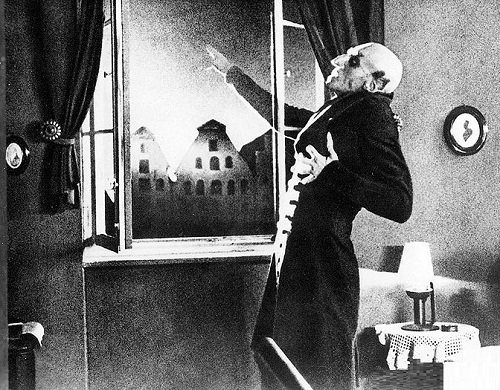 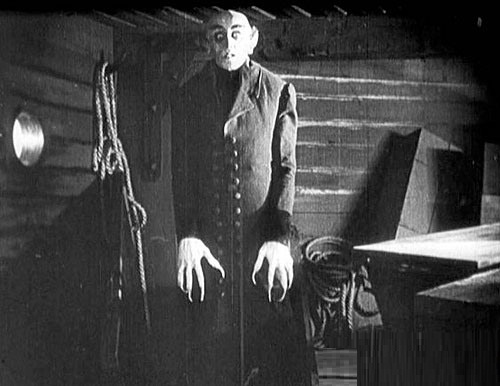 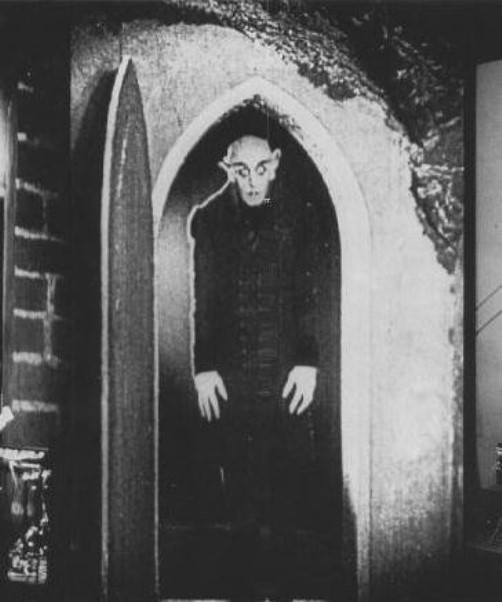 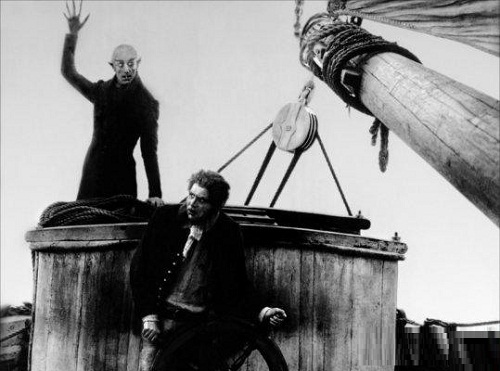 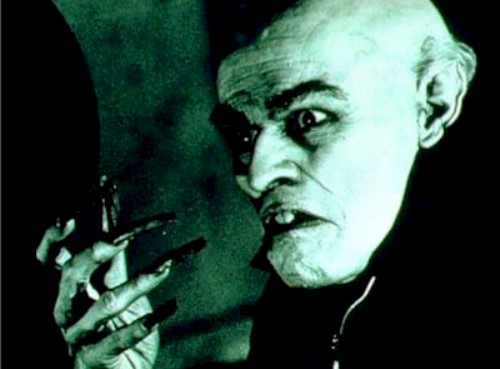 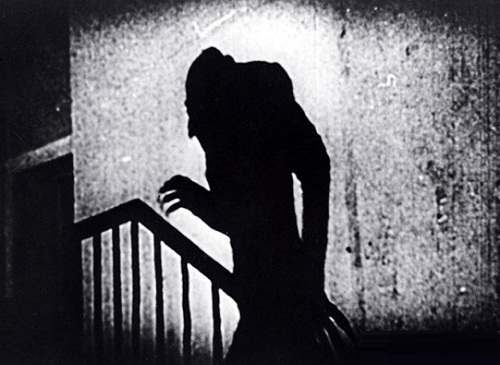 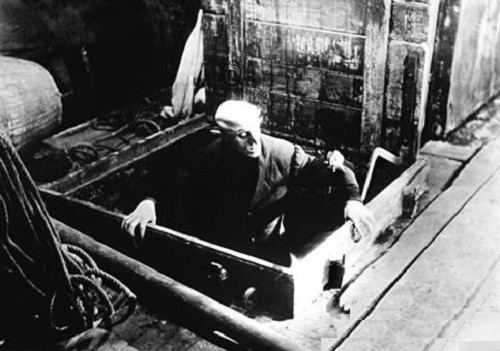 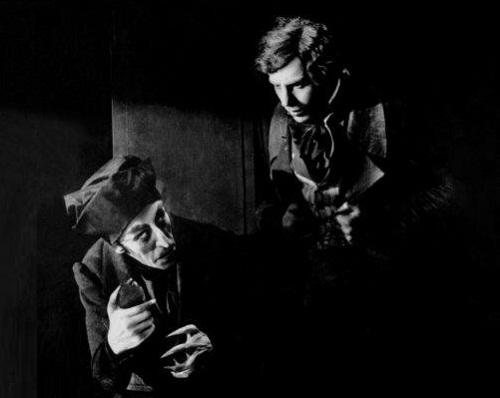 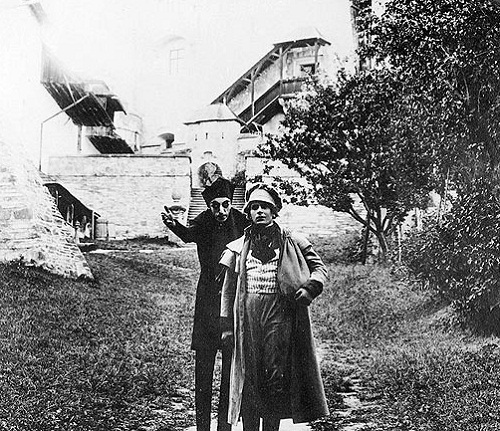 A Symphony of Horror 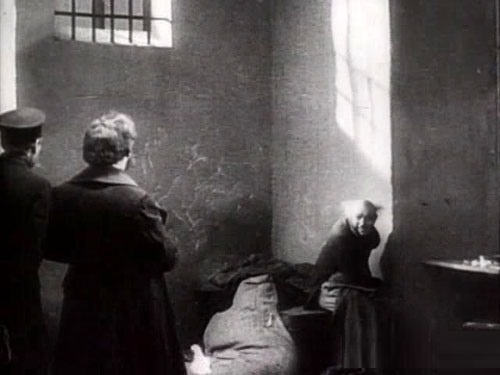 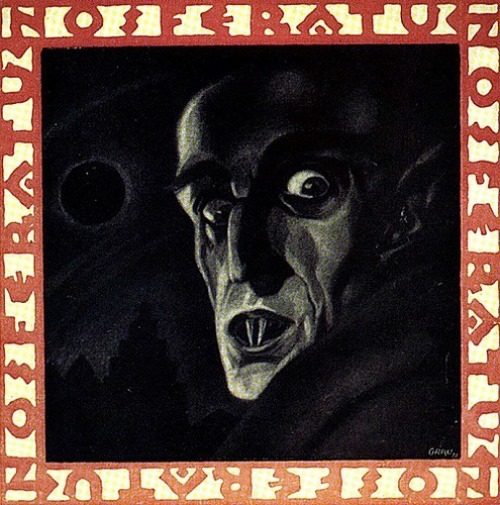 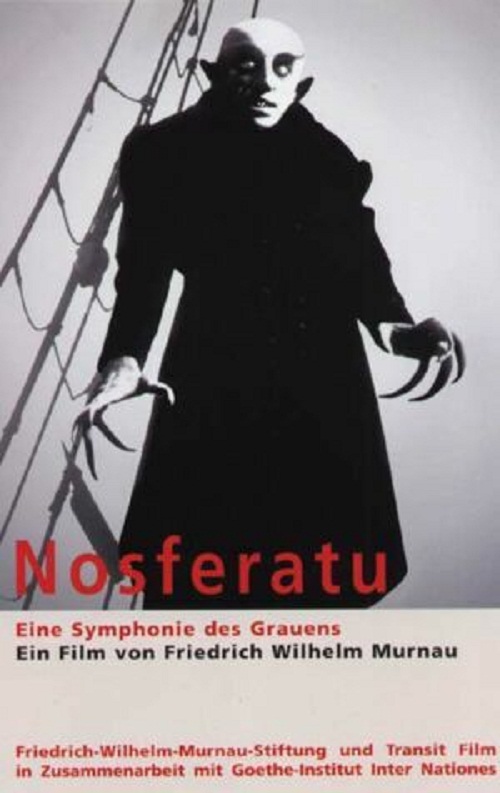 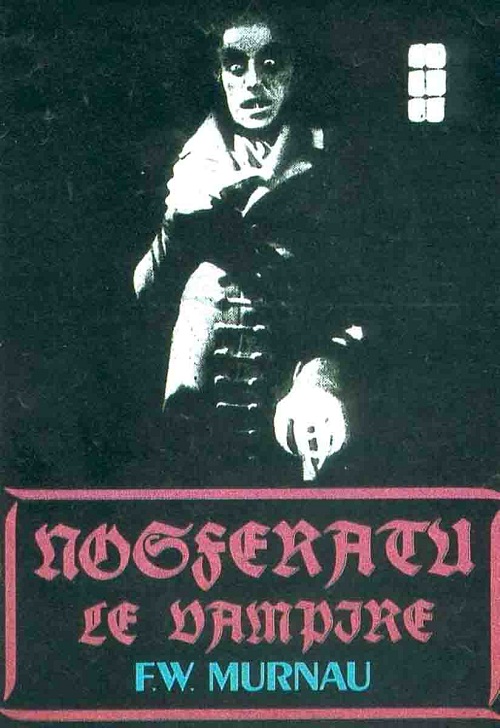 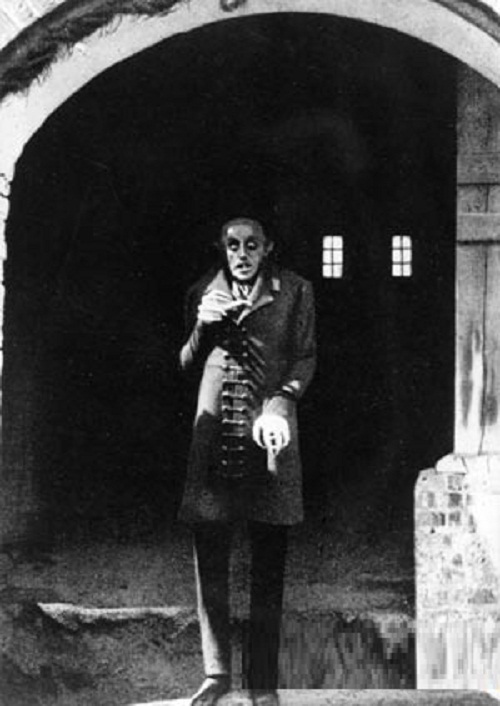 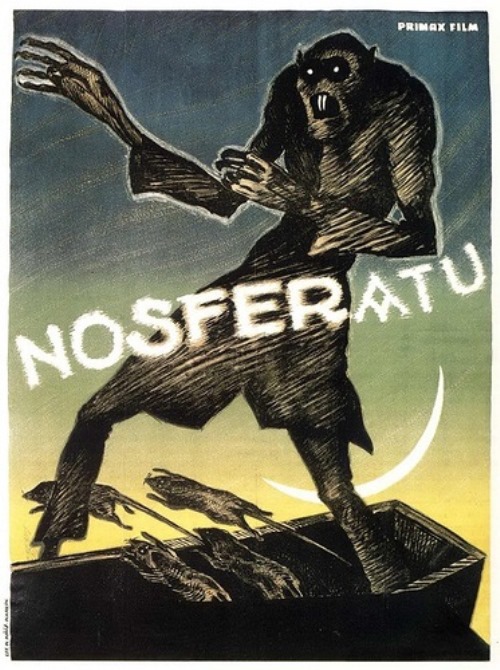 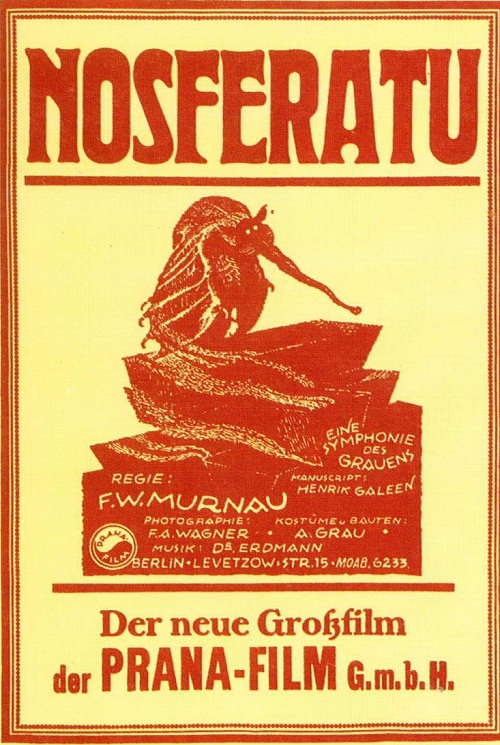