« $ 3.25 ticket for the Beatles
Beautiful and dangerous jellyfish »

Animals in jewelry – symbolism and meaning 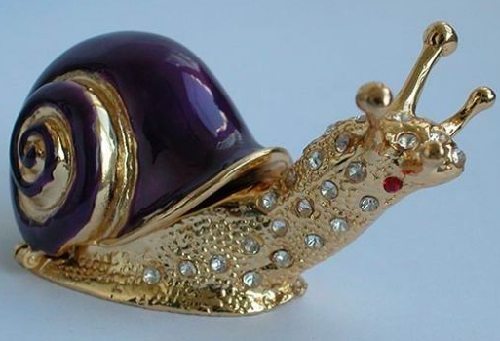 Animals in jewelry – symbolism and meaning
Snail symbolized eternity and fertility in Egypt and Babylon, and in medieval Europe – sin and laziness. Later it became a symbol of modesty. In Islam snail symbolizes doubt, in Buddhism – patience, and its shell – frozen time. The motto of the coat of arms of some of the Dukes of Gonzag – “All I carry with me” – also symbolizes the snail and its shell.
Animal lovers enjoy charming animal jewelry as it reminds them of their animal friends. Favorite animal jewelry can bring a smile and joy to your dear friend or beloved one. If a friend collects an animal figures or photos, why not to add to his collection a cute pin, pendant or brooch. Besides, it’s a good idea if you are looking for a special birthday or Christmas gift. 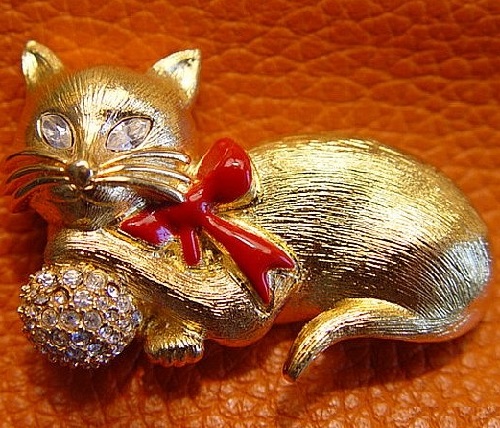 A cat playing with a ball. Vintage brooch. Animals in jewelry – symbolism and meaning

Many peoples of the world associated frogs with a number of unpleasant properties. In Chinese tradition it symbolizes the lunar “Yin”. Spirit of Island frogs Qing Sheng associated with healing and good luck in business. In European folklore toads associated with witches. In Moche culture frogs were among the revered animals and frequently appeared in works of art. Panama legend says that fortune comes to those who see the Panamanian golden frog (Atelopus zeteki).

In Hinduism tortoise was the second Avatar of Vishnu. Vishnu took the form of a half-man, half-tortoise, the lower half being a tortoise, and with four arms. Tortoise shells were used by ancient Chinese as oracle bones to make predictions. The tortoise is a symbol of the Ancient Greek god, Hermes.

Horse worship existed during the Iron Age and, in some places, as far back as the Bronze Age. The horse was seen as divine, as a sacred animal associated with a particular deity, or as a totem animal impersonating the king or warrior. Horse cults and horse sacrifice were originally a feature of Eurasian nomad cultures. Horse worship has been almost exclusively associated with Indo-European and Proto-Turkic culture.

The owl is sacred to the Greek goddess of learning, Athena and is even depicted on some Greco-Roman currency as a symbol of status, intelligence and of course, wealth. In ancient Egyptian, Celtic, and Hindu cultures the symbolic meaning of owl revolved around guardianship of the underworlds, and a protection of the dead.

Scarab – one of the most revered symbols of ancient Egypt. It was believed that a small beetle has the same path of the sun: just as the sun travels across the sky, radiating light and warmth, creating the conditions for the revival of life in all things, the scarab rolls his ball with eggs from east to west, while the embryos are ripe and born into the world.

According to belief, all the small animals are born from the fertile silt of the Nile, and only Scarab born from the desert sands. In Egyptian mythology the scarab was revered as a sacred insect gods of the sun and was a symbol of the creative power of the sun, rebirth in the afterlife. Images of the sacred scarab found in tombs painting on papyrus. Preserved jewelry and sculptures depicting scarabs. In the temple complex of Karnak near Luxor preserved column crowned by a stone scarab.

Animals in jewelry – symbolism and meaning 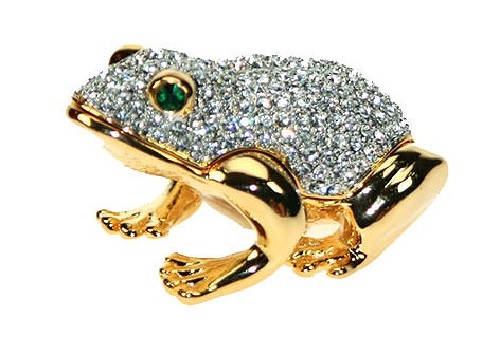 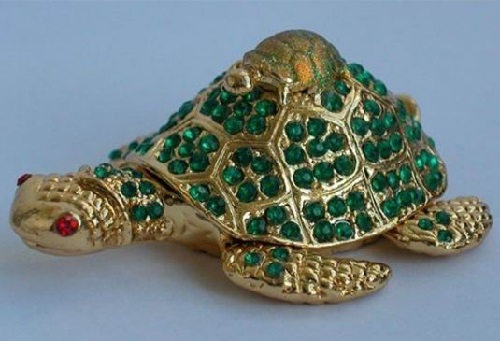 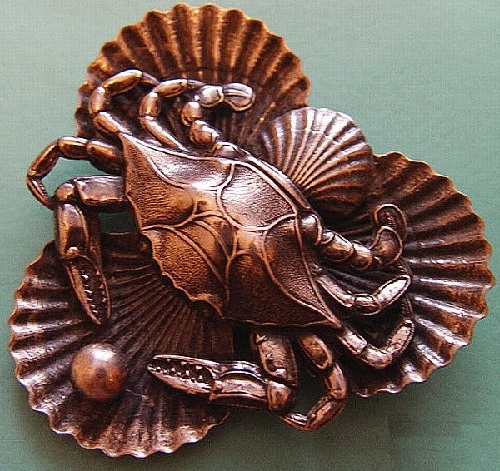 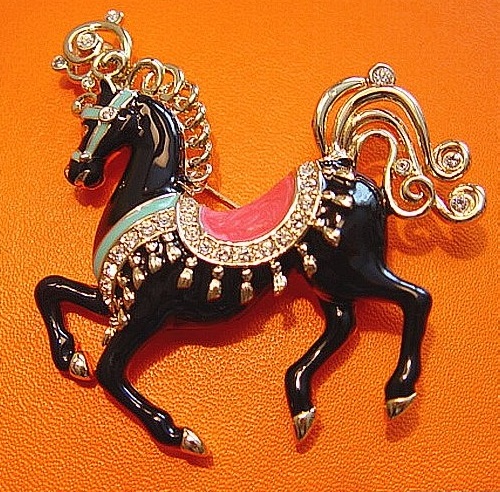 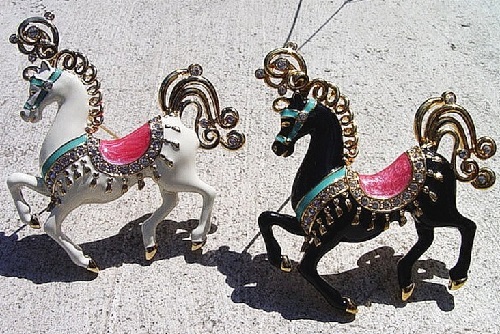 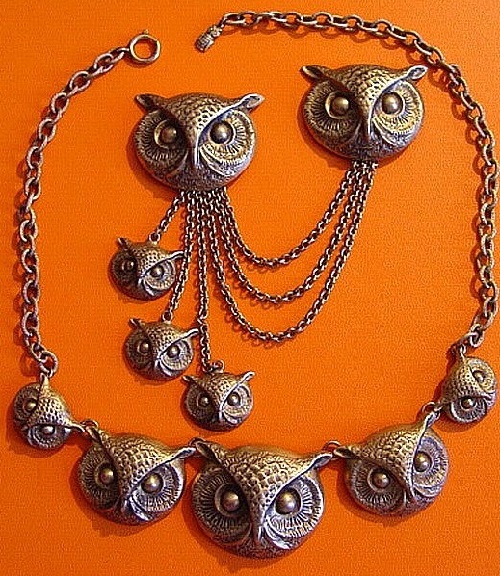 A set of owl inspired jewelry – necklace and brooch 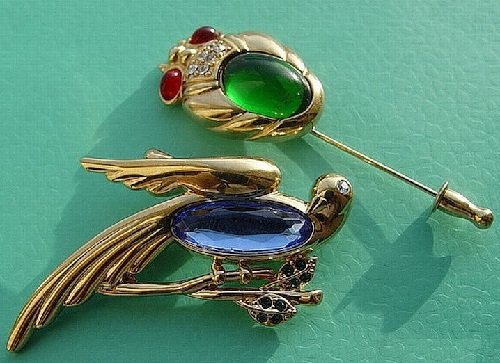 A peacock feather and a bird brooch/pin 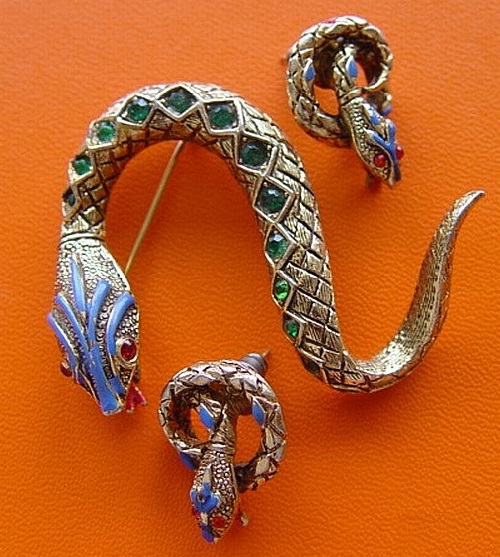 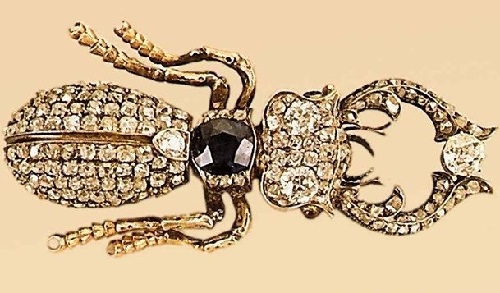 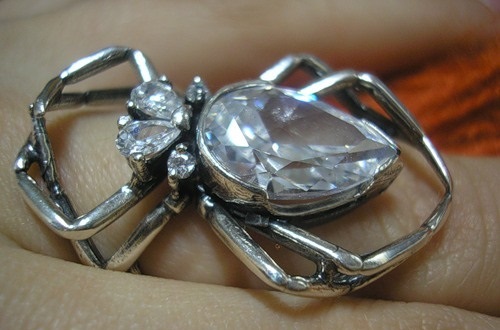 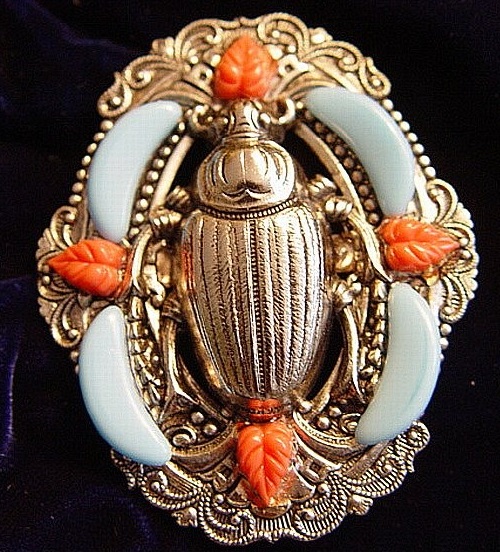 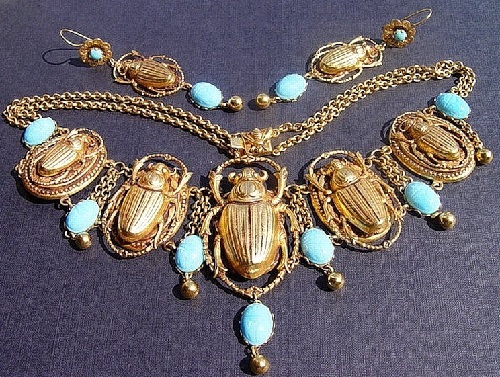 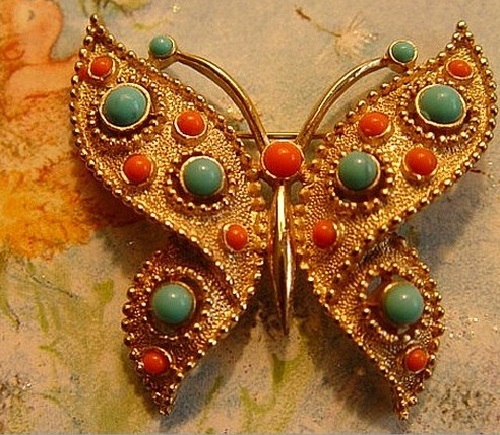 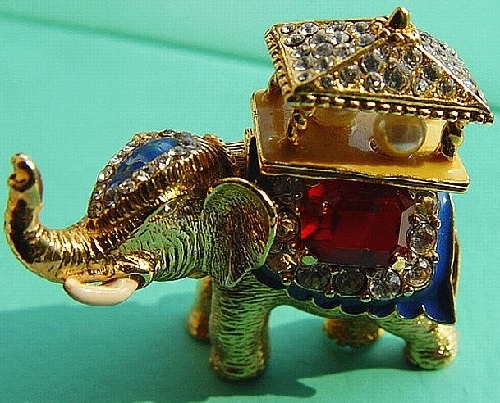 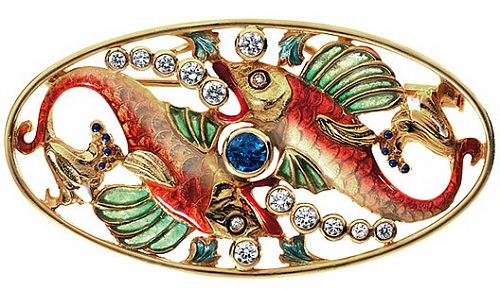 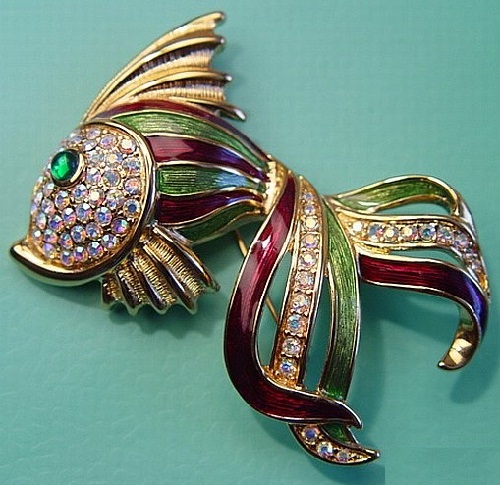 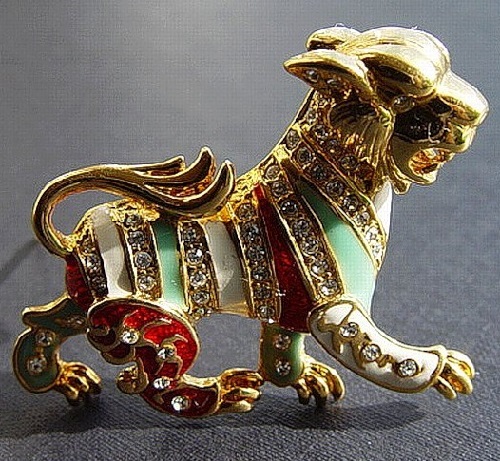