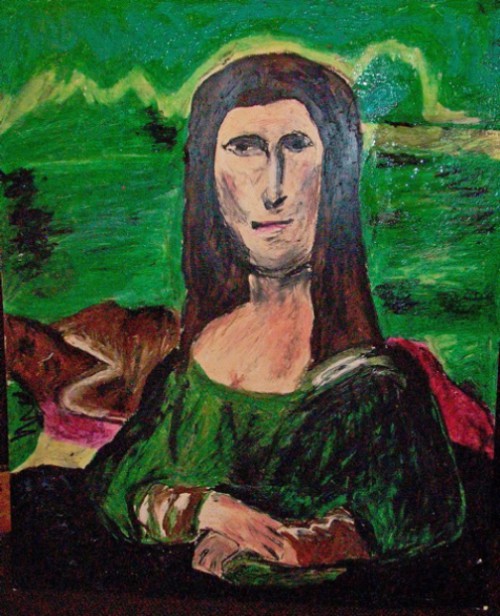 Bad art Museum permanent collection includes about 500 works of art, which are too bad to be ignored. American private Museum of bad art (MOBA) was founded 20 years ago, in the fall of 1993, by the antique dealer Scott Wilson. Once he showed a painting found in the piles of rubbish, and some of his friends offered to build a collection. The museum statement is “to celebrate the works of the artists whose work has not been evaluated in any other museum”. MOBA presented its first show in March 1994, and the response was overwhelming. Since then, MOBA’s collection and ambitions have grown exponentially. Initially, MOBA was housed in the basement of a private home in Boston. Now it has three offices, one in Dedham (suburb to the north-west of Boston), Massachusetts, the other in a nearby Somerville, a suburb north of Boston, and the third branch in Brookline, Massachusetts. 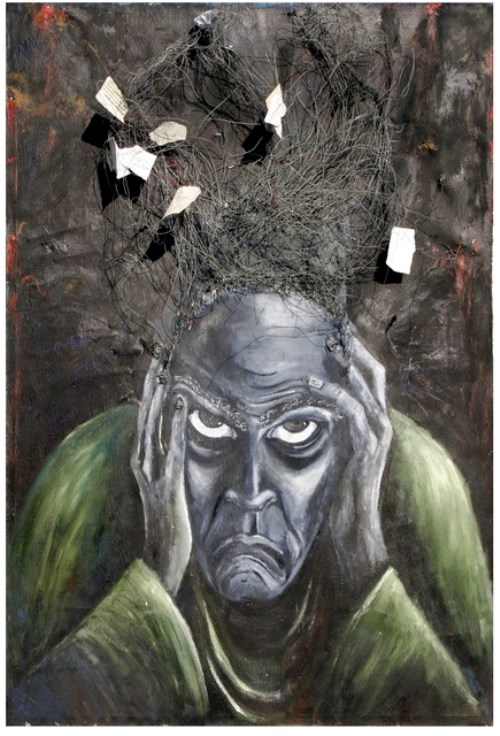 Explaining the purpose of the museum, one of its founders, Jerry Riley, said in 1995: “While every city in the world has at least one museum dedicated to the finest works of art, MOBA – the only museum dedicated to collecting and exhibiting the worst”. To be included in the collection, works must be original and created with serious intent (not for fun and not for release to the exposition), they must also have significant drawbacks, and do not be boring – the curators are not interested in displaying deliberate kitsch. 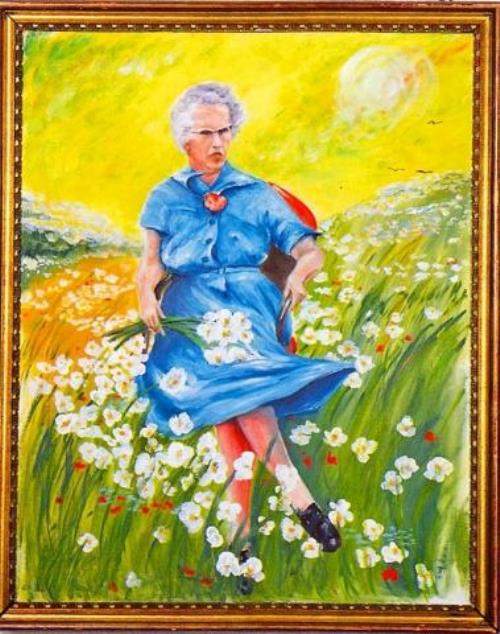 Museum of Bad Art was established in 1993, by antique dealer Scott Wilson, who saw the picture of “Lucy in the Field with Flowers” sticking out of the garbage bins in Boston, and decided that such works should be collected and stored. Wilson put “Lucy” in the house of his friend Jerry Reilly, and called on friends to look for another “bad art” and to inform him of their findings. When Wilson got another “masterpiece” and shared the find with Reilly, they decided to start collecting collection. 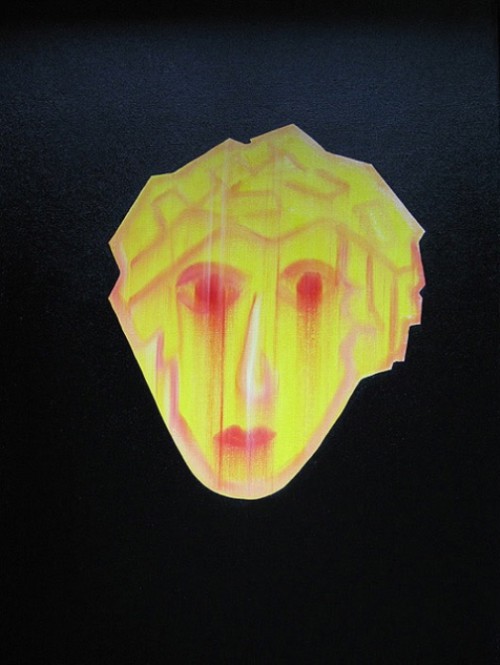 “The Museum of Bad Art” has become a source of inspiration for the creation of a number of similar collections around the world. Deborah Solomon of The New York Times noted that the attention and interest to the Museum of Bad Art is part of a wider trend of museums to display the “best bad art”. The museum has been criticized for it is an exhibition of anti- art, but the founders deny this, saying that this collection is a tribute to the sincerity of the artists who are persistent in their quest to achieve the ideal, despite the fact that in the process they turn out to be terrible. 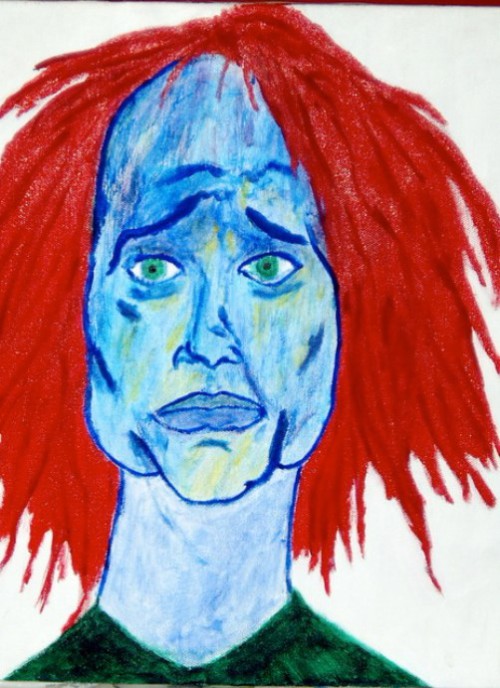 Till I Was Blue In The Face. Anonymous, acrylic on canvas. And you thought you were having a bad day 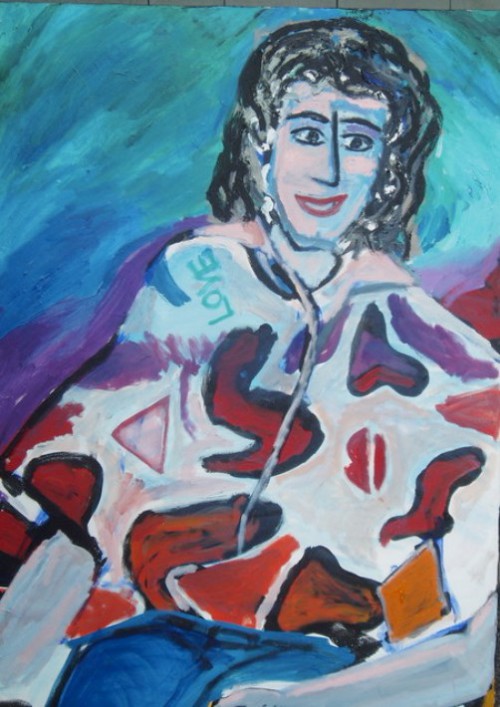 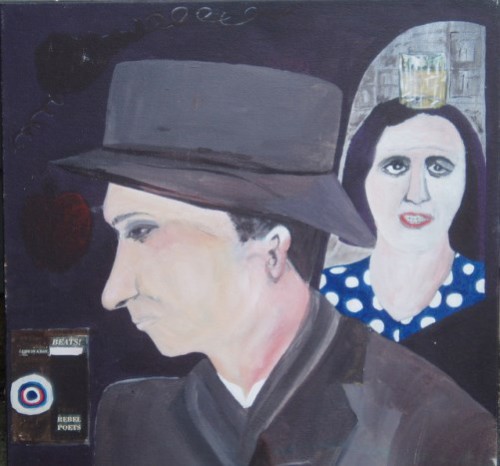 Paying William Tell depicts an incident involving ‘Beat’ writer William S. Burroughs and his common-law wife Joan Vollmer. While they were drunk at a party in Mexico City on September 7, 1951 he told Joan, “It’s time for our William Tell act.” Joan placed a glass of water on her head. Bill took out his gun, took aim, and missing the glass, shot Joan in the head. An hour later she was dead. Mr. Burroughs wrote Naked Lunch, Junkie,The Soft Machine, and many other books not for the faint of heart. 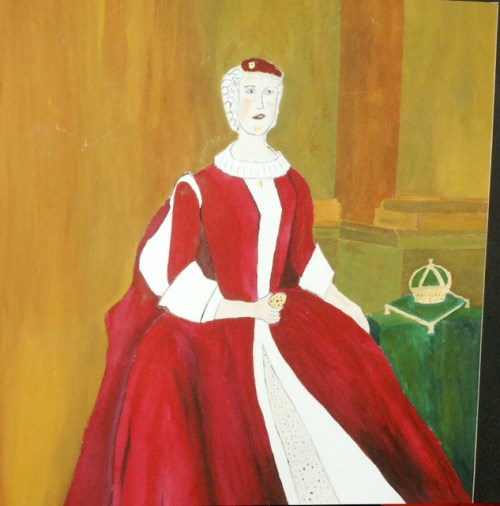 Queen of the Chocolate chip. Christian, watercolor on paper. Acquired from yard sale 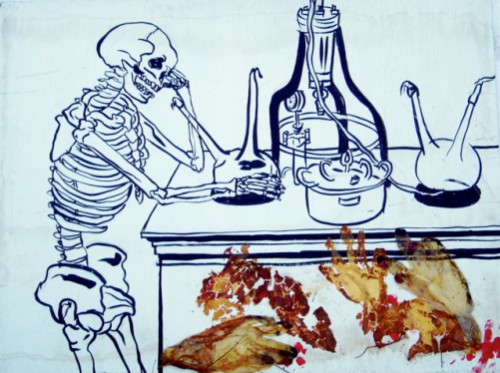 The Scientist by Anonymous

The Scientist by Anonymous. Multi-media. Latex gloves and bodily fluids add color to this piece that depicts a laboratory experiment gone horribly awry. 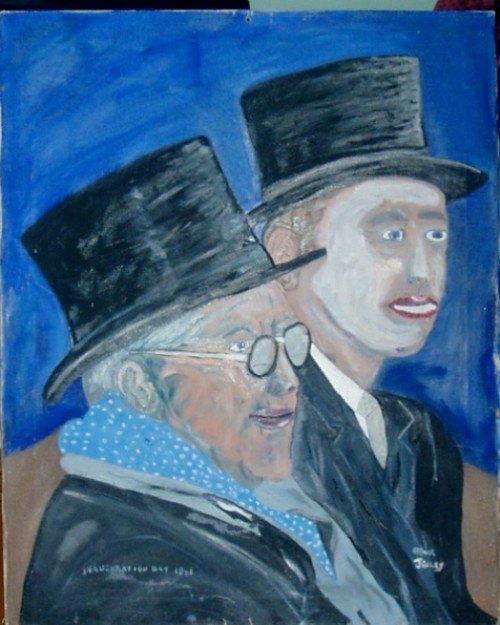 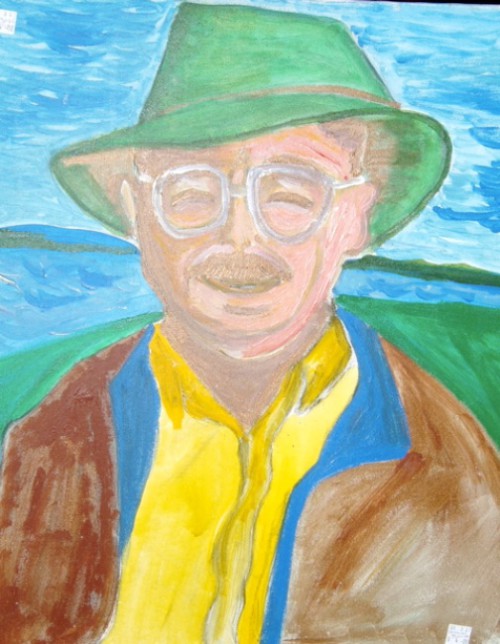 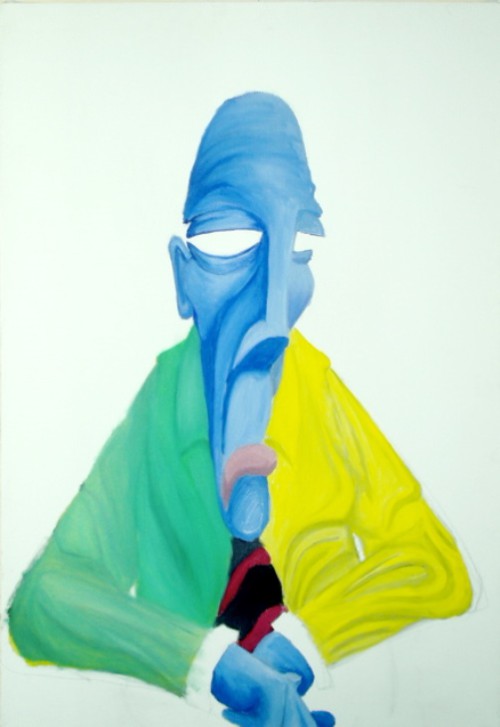 Blue Meanie was purchased at a yard sale in Brookline, MA by Mike Frank. This painting is the depiction of the ancient parable in which a Blueish mother gave her son a green shirt and a yellow shirt for his birthday. When he next visited his mother, the nice Blueish boy wore the green shirt, only to hear his mother cry, “What’s the matter, you didn’t like the yellow one?” 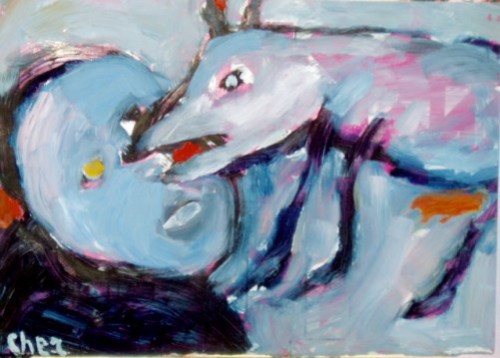 The artist employs a no-holds-barred approach to graphically depict the archetypal news non-event. Painting on the inside cover of a Konstantin Magazine (“Artists”), the artist allows the underlying red graphic to bleed through his paint, helping express the psychic pain driving the animal to resort to such violent behavior. 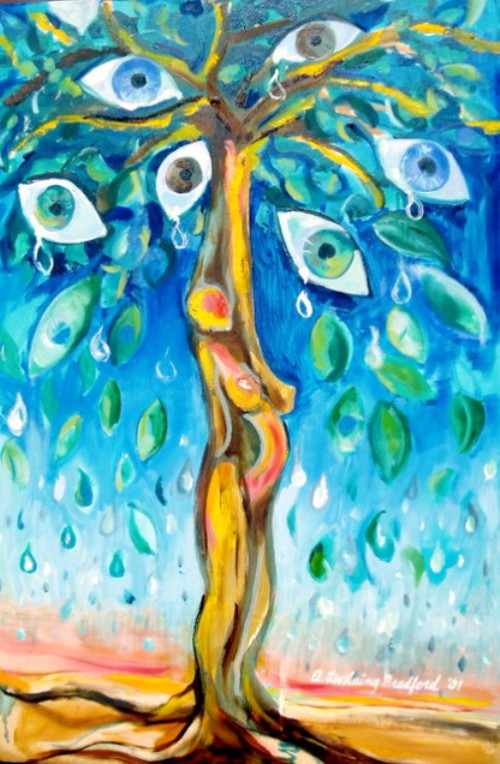 An I for an Eye. A. LivLaing Bradford (2001), acrylic on canvas. Bad art Museum. Purchased by M. Frank at a Boston thrift store

The woman-tree unquestionably is crying out for help that will never come. The tragedy depicted in this work is that the woman/tree knows that help is beyond her reach, and her legs/roots meander aimlessly atop a barren landscape, grounded in nothingness. She needs water but receives only salt from an unending well of sorrow. 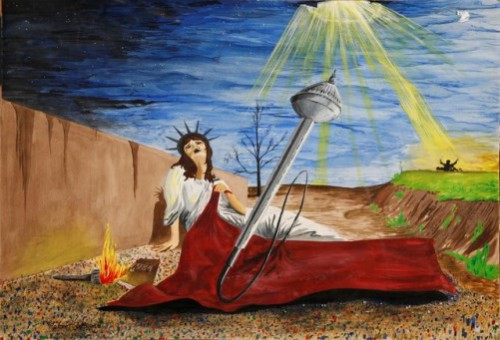 Infuriated and distraught about the state of the world, the iconic Lady of the Harbor has come down from her traditional perch, bemoaning the fact that, despite global warming, her day in the sun seems to have passed. 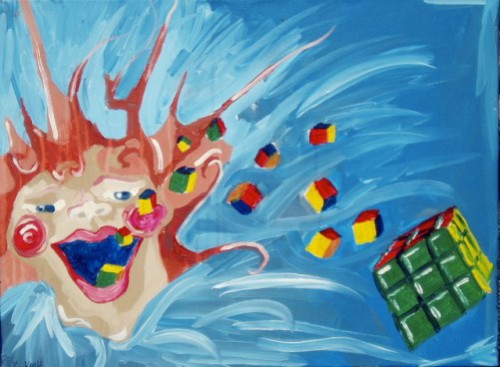 Spewing Rubik’s Cubes was purchased at a Boston thrift store. This image of the classic 1980s toys emanating from a jester gargoyle’s mouth can only be described as puzzling.