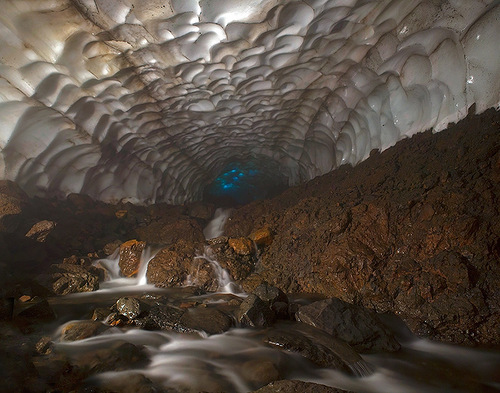 Kamchatka Ice Cave by photographer Denis Budko
Born on January 8, 1980 in the region of the “Fire-breathing Mountains” in Kamchatka, Denis Budkov is a talented nature photographer. From the age of 15 he began to engage in hiking, and every year he discovered more and more new beauties of Kamchatka. He is a participant of the Golden Turtle, Best of Russia, Wildlife of Russia exhibitions. Also, he is the winner of the contest “Veolia Environnement Wildlife Photographer of the Year 2011”.
Budko took beautiful photographs of colorful ice cave in Kamchatka, which is partly in the waters of the Kamchatka peninsula, Russian Far East. The water, wind, pressure and heated to hundreds of degrees lava have formed the amazing beauty of the cave. It is similar to ice fairy tale castle of The Snow Queen. The heated by volcano water melted the ice, forming long tunnels with vaults so thin that through them even sunlight penetrates. The sight is as beautiful as it is amazing. 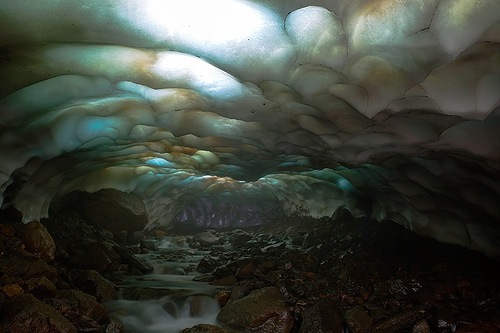 These are unique ice and snow caves, formed by the forces of nature

The almost kilometer long tunnel was formed by a hot water spring flowing beneath the glacial ice fields on the flanks of the nearby Mutnovsky volcano. Because glaciers on Kamchatka volcanoes have been melting in recent years, the roof of this cave is now so thin that sunlight penetrates through it, eerily illuminating the icy structures within.

Interestingly, before the collapse of the Soviet Union in 1991, Kamchatka was closed to foreigners and most Russians. Noteworthy, at the southern end of the peninsula was a military base of submarines with nuclear warheads. However, after the collapse of the USSR, Kamchatka became a popular destination for adrenaline lovers. And it especially attracts admirers of extreme winter sports. 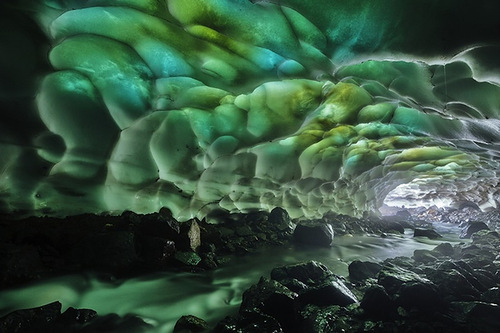 Palette of colors and fabulous shapes cought on camera 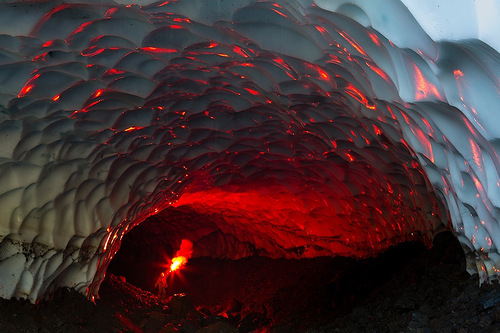 Hot lava flows, ice, geysers and sunshine created a fabulous cave. Recently, the glaciers on the volcanoes of Kamchatka very quickly melt, so the upper ice layer of the cave has become very thin. Because of this, bright sunlight penetrates through layers of ice, creating an incredible glow 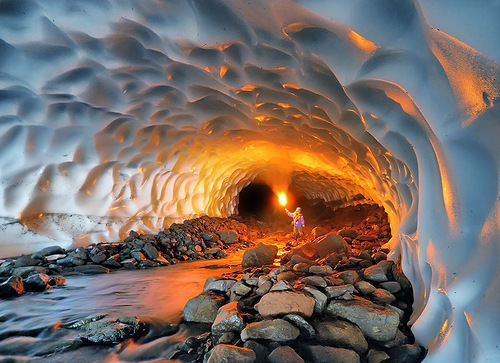