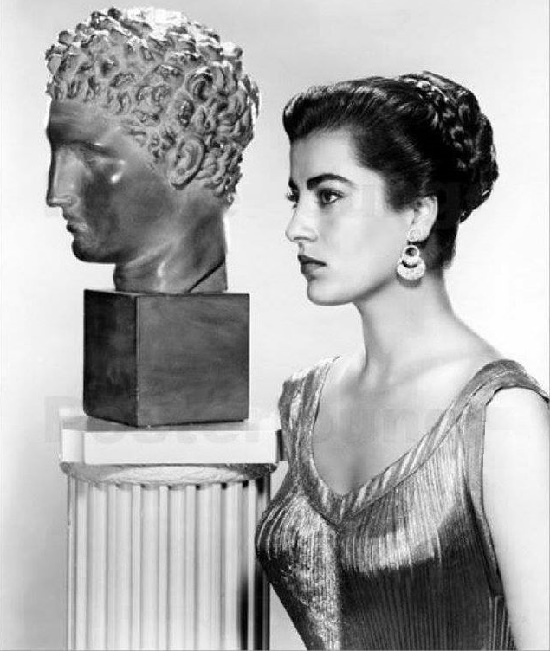 Beautiful Greek actress Irene Papas
Born 3 September 1926, beautiful tragic actress Irene Papas starred in more than 70 films for 50 years. A talented actress and singer is famous not only in her native Greece, but all over the world. Antigone … Rebellious spirit of this heroine of Sophocles, the spirit of disobedience to evil, violence and tyranny, was extremely close to the full of turbulent events of XX century.
Not every artist can express such a hero in art. For Irene Papas, tragedy is not a genre, one of the many in the cinema, vested with its inherent stylistics and form. This is the world in which she lives …. Irene Papas, the daughter of a village teacher, born in a small village not far from Corinth. After graduating from high school in Athens, Papas entered the faculty of architecture. At the same time, she began to study acting at the Royal Academy of Arts.
The debut on the stage of a small Athenian theater decided her fate. The next day after her first performance, she got an invitation from the Metropolitan Theater, the largest in the Greek capital. Here she performed in dramatic roles, danced, and sang. And in 1951, Pappas first appeared on the screen in the Greek film “The Dead City”. Then came the roles in Italian films. “Invalid”, “Drama in Kazba”, “Whirlpool”, “Theodora – Empress of Byzantium”, “Atilla”. 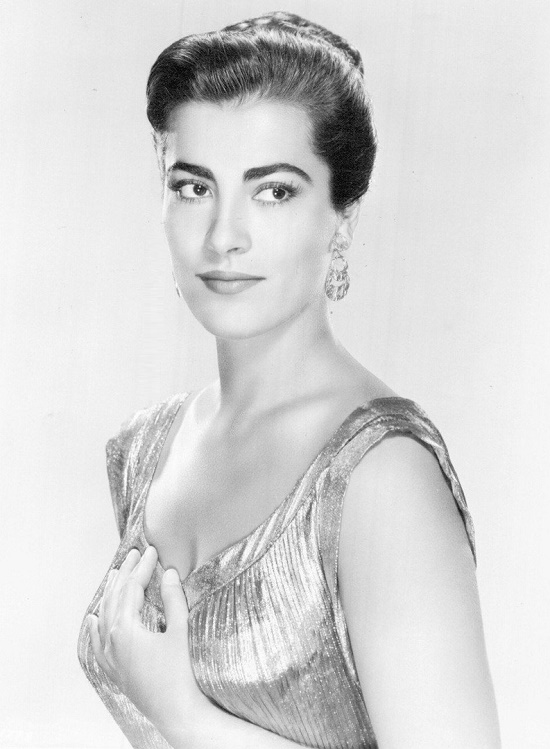 Affirmation of human dignity, human values ​​is the main thing in the art of Irene Papas. “Everything is changing in the world,” the actress said in one of her interviews. “People conquer the moon.” On earth, there is no place for angels and paradise. No, I’m not at all for the world to stabilize, once and for all obeying the tradition. Art can not but evolve. It constantly reflects all the problems of the world and changes with them. But there is nothing more modern, newer and more exciting than a microcosm, a person … The only god for me is a person. ”

Heroine of Irene Papas in the American film “Zorba the Greek” (1964) has no name, just called a widow. This image seems to have come to the film through the chasm of centuries from the ancient tragedy. And just like in the tragedy, the inevitable fate leading to death gravitates over it. How much the actress can say with her eyes. They can scream, laugh, despise, hope, and despair. It is not just an actor’s technique, professional skill is a gift to live by every moment of a role, to feel it with the same fullness and strength of feeling, as well as life itself. 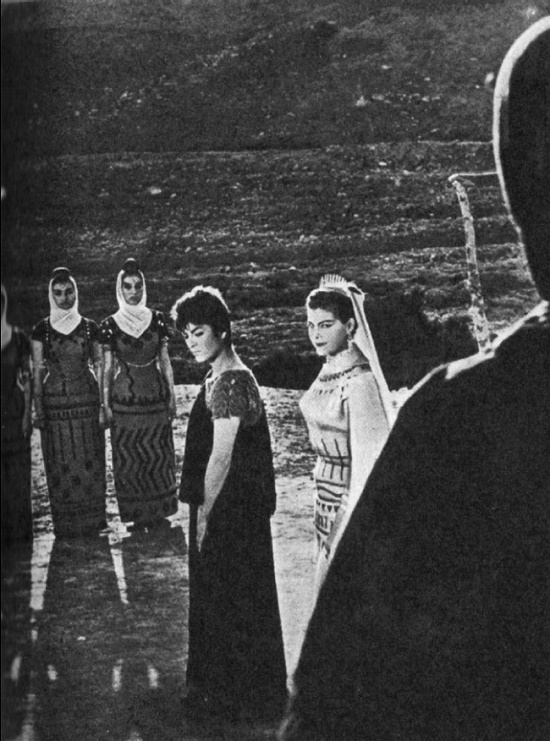 Already after the success of “Electra” and “Greek Zorba” Pappas starred in the film by Yugoslav director Mitrovic “Bitter grass”. She played the role of a Jew Lea Kleman, who experienced all the horrors of fascist concentration camps. Fascism is not the past, as the actress would say by her role. It still disfigures the souls of people, and destroys their destinies.
Fascism is not the past … Very soon Greece had to learn the truth of these words.
The coup found Papas abroad. The actress refused to return to her homeland. She continues to act in films, to play on stage outside Greece. 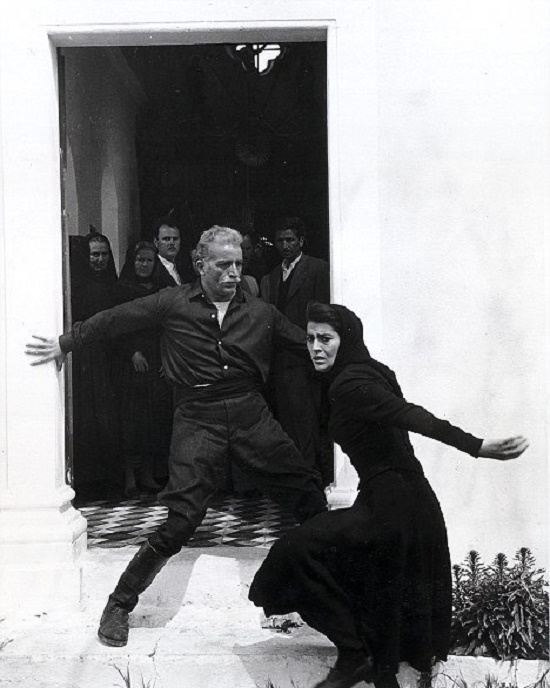 The actress called on artists from all countries to prohibit the demonstration of their works in Greece, to refuse to participate in films filmed there. “Let the people of the whole earth oppose the fascist regime. Let Greece stay in isolation for as long as the fascist regime will be in power.”
This message found the broadest response, supported by Alberto Moravia and Michelangelo Antonioni, Renato Guttuso, Nanni Loy, Luchino Visconti, Marcello Mastroianni and many more. 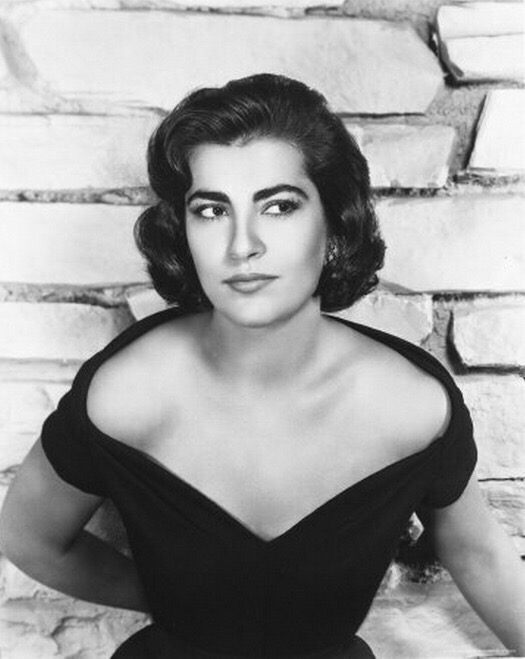 And the same uncompromising pathos permeated another message of the actress. A message received from the ancient culture of the people and passed on to millions of viewers of all countries. It is the role of an actress, her Antigone, her Electra. They affirm the freedom of the human spirit, not subject to tyranny, not broken by it. 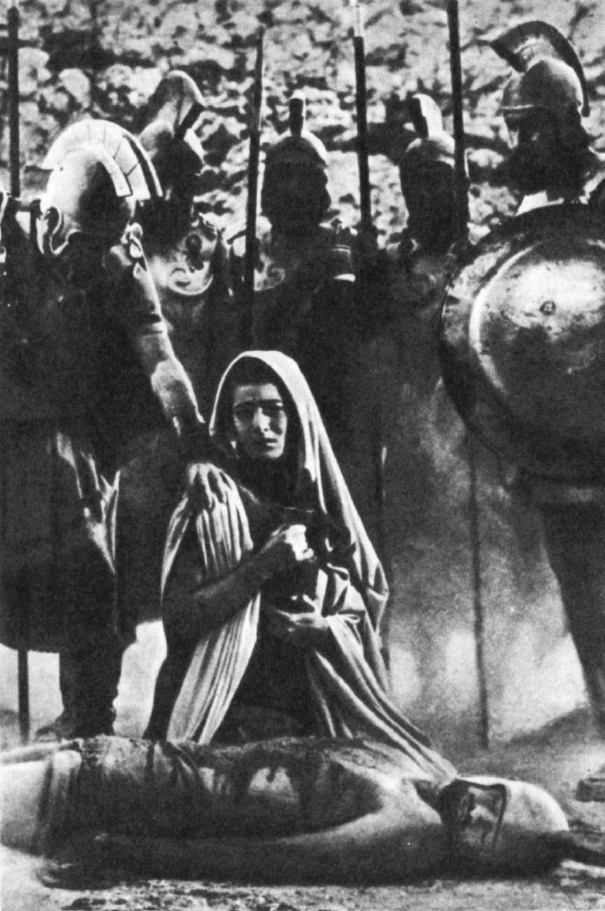 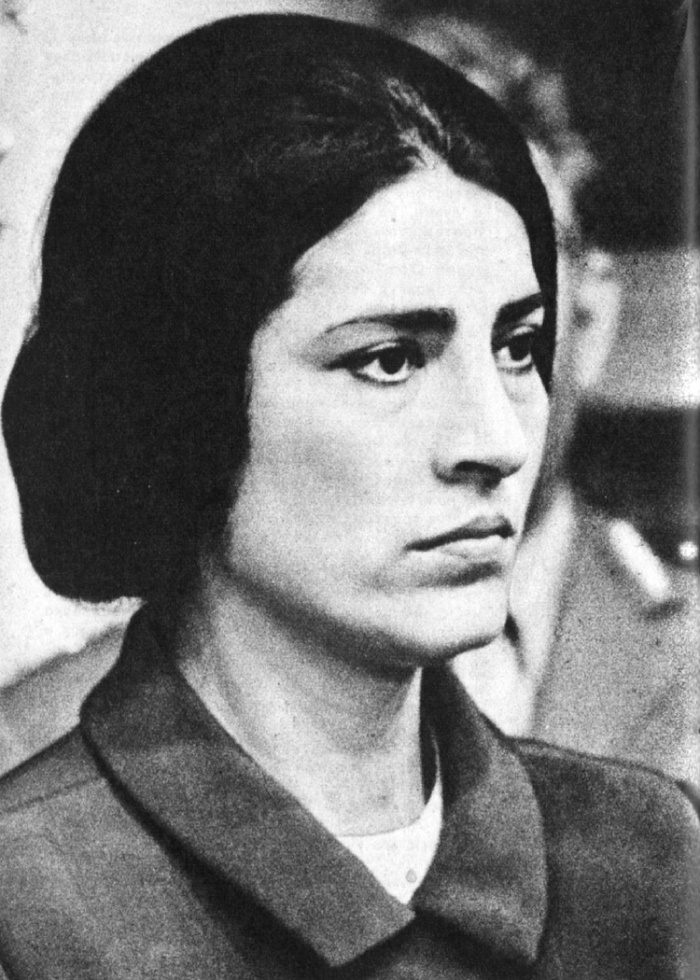 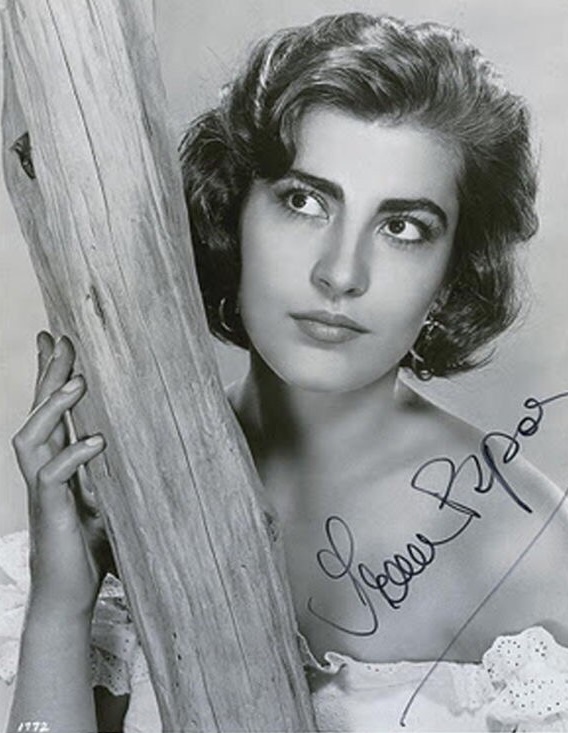 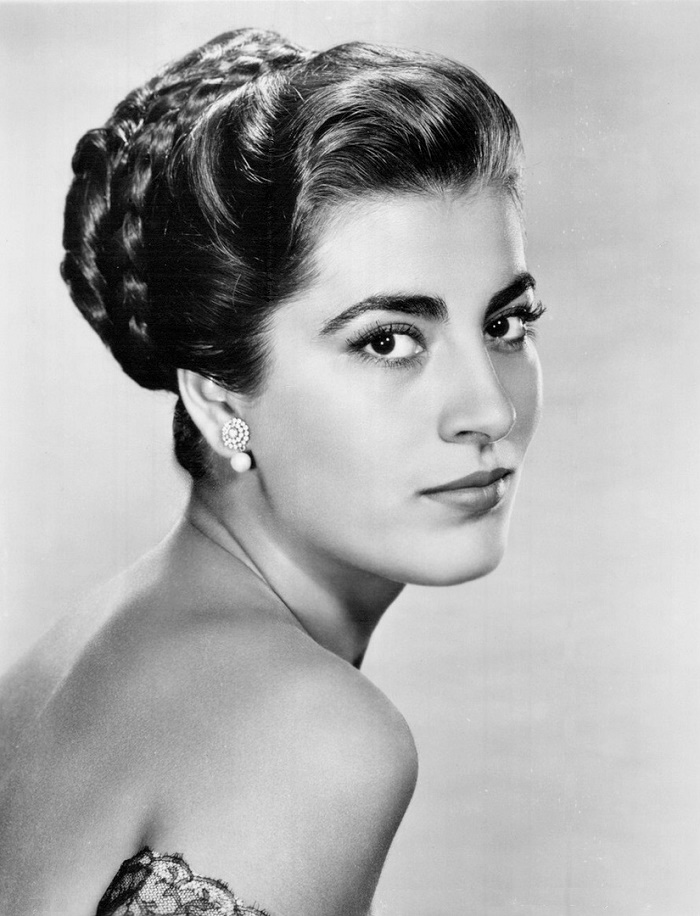 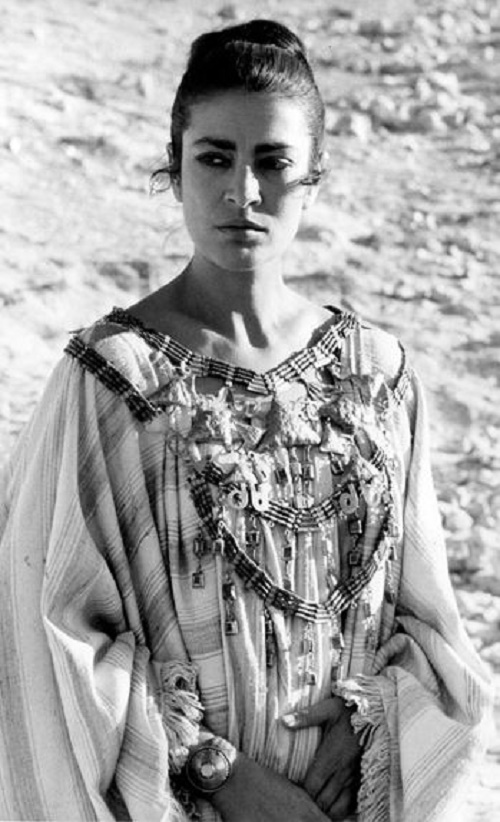 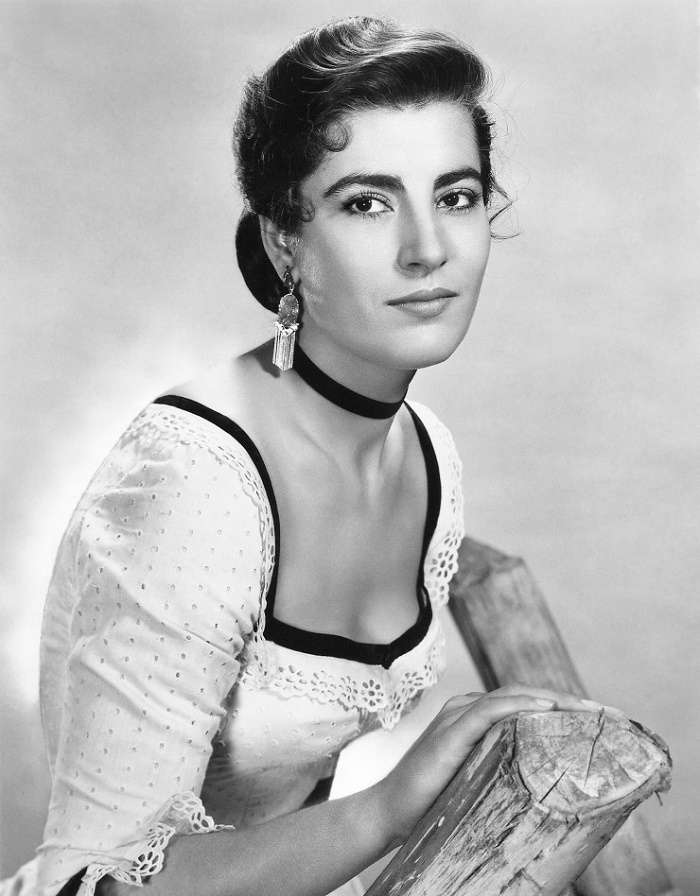 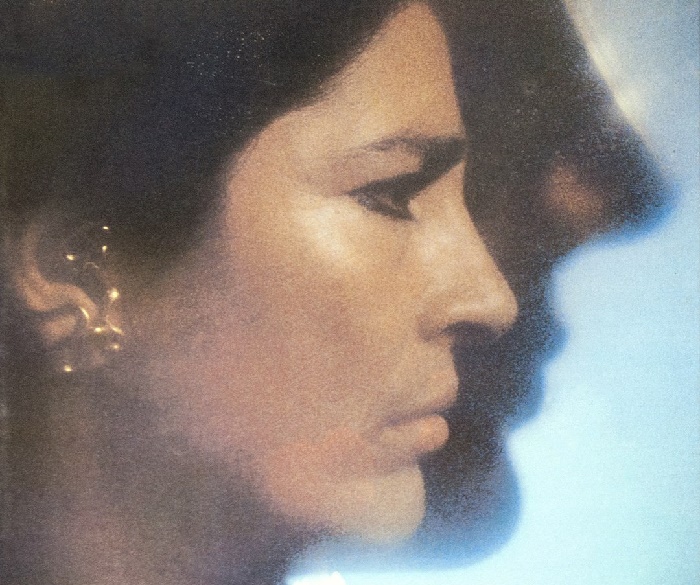 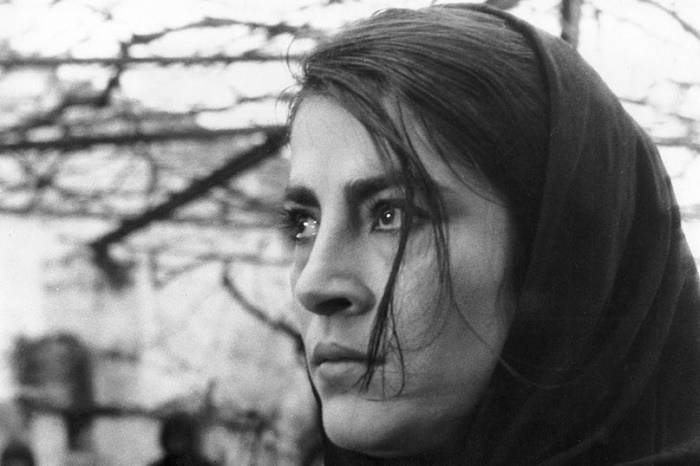 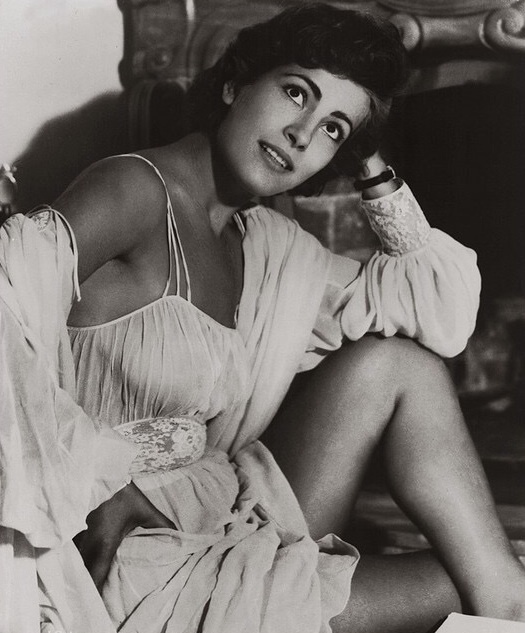 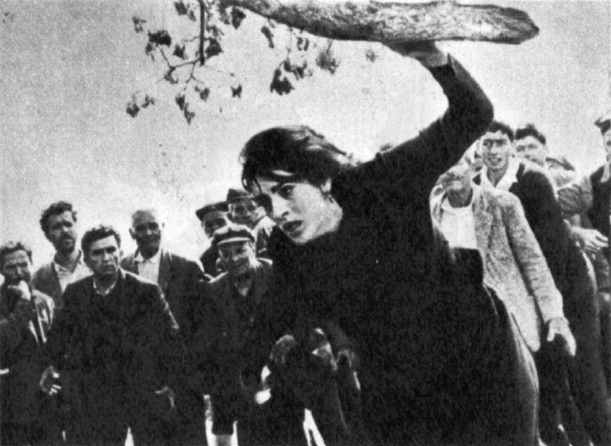 Based on the article in magazine ‘Actors of foreign cinema’ #5 1970
kino-teatr.ru