Mexican film actress Maria Felix
The name of this actress is inseparable from the entire national art culture of Mexico. In addition, her contribution to the world success of Mexican films of the post-war years is beyond doubt. After all, the time of the artistic rise of Mexican cinema was the time of success of film actress Maria Felix. At the same time, the crisis and decline of Mexican cinema coincided with the end of the screen biography of Maria Felix. And although in the following years she became an international star and, thanks to her fame and appearance, continued to star in Spanish, Italian and French films, yet her name and films remained a part of Mexican cinema.
In fact, even without the films of Maria Felix, Mexican cinema would still remain the art of a unique national identity. However, outside of this art, the actor’s personality of Maria Felix simply did not exist. She would have been just one of those beautiful movie stars who, blazing out with the instantaneous light of a transitory and phantom cinema, then fade and die, unable to withstand the dazzling radiance of another movie star, ascended to the screen sky. 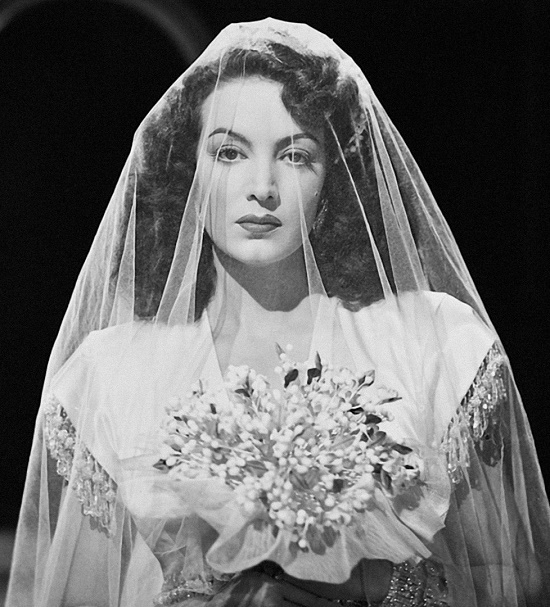 And this is understandable – because only through her beauty Maria Felix won a “lucky ticket” in the cinematographic lottery. The title of “beauty queen” on one of the Mexican carnivals opened her way to the cinema, and in particular, her debut in the film “The Bastion of Souls” (1943). 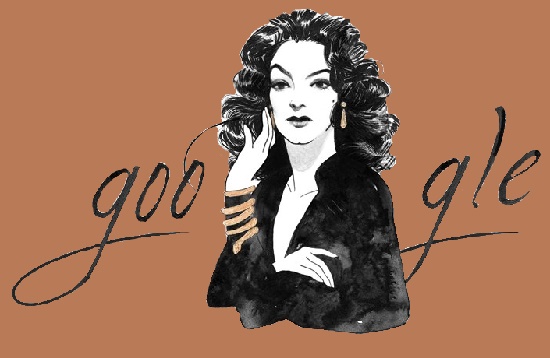 After the cinematographers, critics and spectators appreciated the appearance of the young singer, she starred in the films “Donna Barbara” and “Lover”. These films ensured the success of Maria Felix. From the beginning actress did not require much, her happy external data and youth were a reliable guarantee of a more or less successful existence in the cinema. In her first films she was one of the objects of the shooting – the camera tried to stay longer on the actress’s face, lovingly emphasizing the peculiar, proud beauty of the Spanish type. 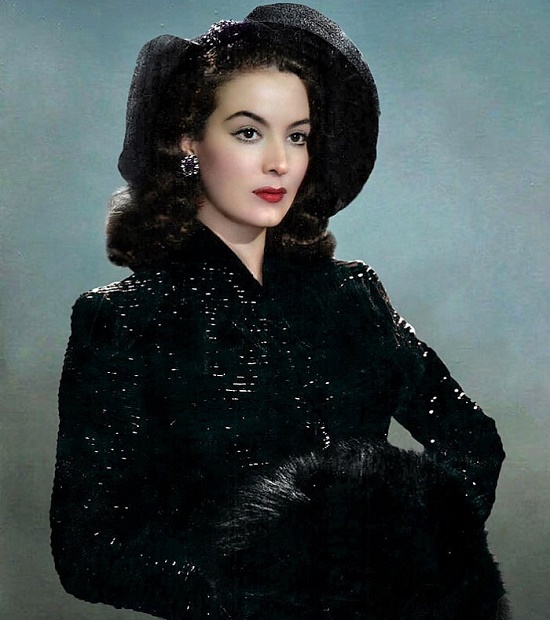 The first films and roles (albeit the main ones) were artfully very mediocre, not very memorable. In fact, they were one and the same photographed portrait of Mary Felix, a movie star for public to fall in love with. Besides, these spectator sympathies rose patriotic feelings – she was a Mexican star. But before this, on the screens of the country as a rule, Hollywood movie stars undividedly dominated. Even the famous Dolores del Rio, a Mexican by birth, “acquired” by Hollywood, returned to her homeland when her artistic career began to draw to an end. 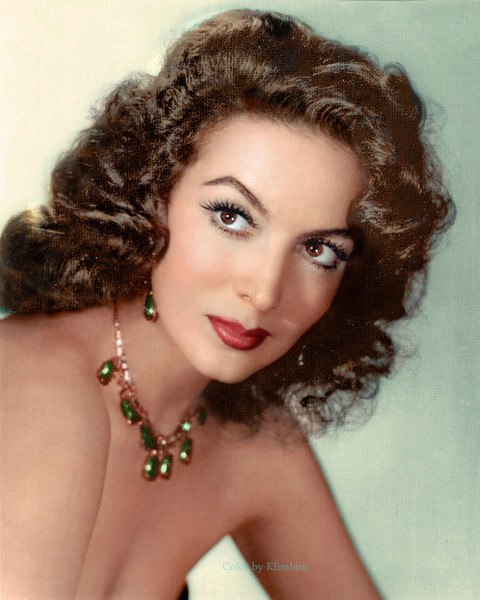 For Maria Felix, the years of artistic take-off of Mexican cinema became the true beginning of her artistic biography. This was due to the films of two bright and original artists of the Mexican screen – the director Emilio Fernandez and the cameraman Gabriel Figueroa. Their films “Maria Candelaria” (1945), “Rio Escondido” (1947) and “Makloviya” (1948) became for the world screen the opening of Mexican cinema. 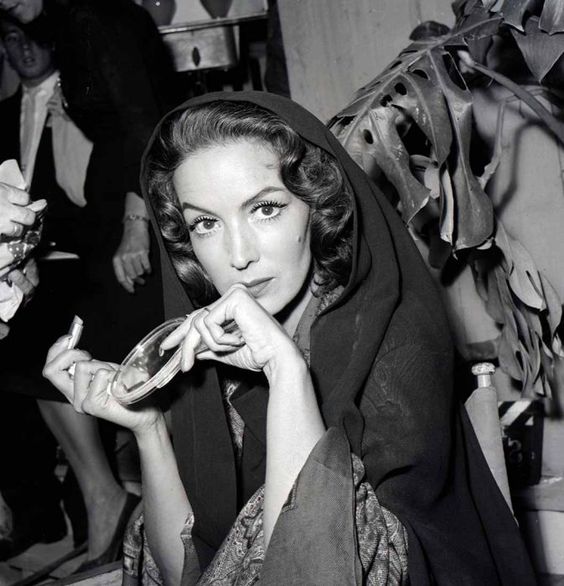 In the “Macloy”, so- called the Mexican “Romeo and Juliet”, the talent of the actress is especially obvious. When you recall the image of McCloy, then the memory is not the psychological details of the acting, but the very image of the heroine, as if sculptured sculpture. 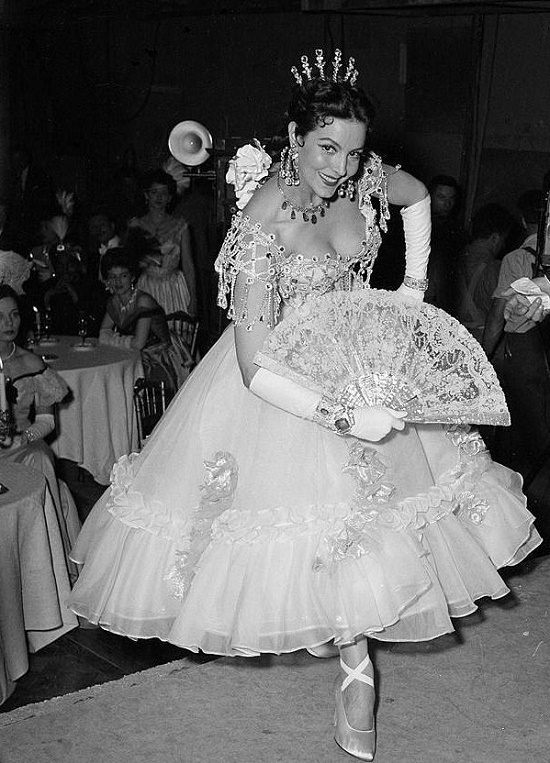 Thanks to her natural beauty, she was a real muse for artists, sculptors, writers and composers. Among the artists who painted her were Leonor Fini, Leonora Carrington, Remedios Varo and Bridget Tichenor, as well as the famous Mexican artist Diego Rivera. Meanwhile, Felix made friends with him and his wife, Frida Kahlo.
Also, she inspired numerous Mexican and foreign writers, and some of them even dedicated their novels to her. In particular, Luis Spota, Renato Leduc, Xavier Villaurrutia, Salvador Novo, Pita Amor, Jean Cocteau and Octavio Paz. 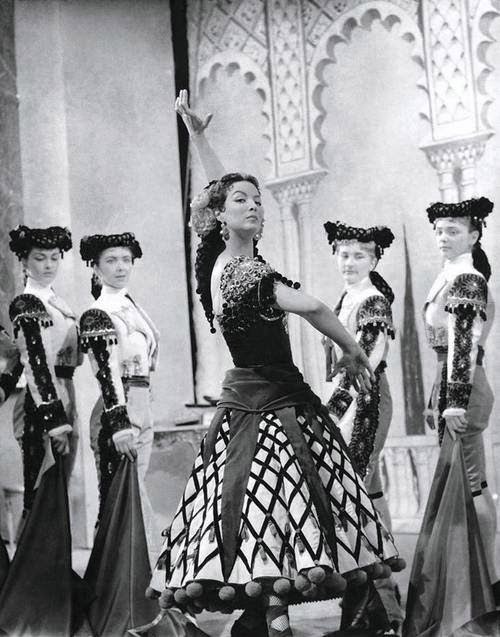 Maria Felix became the Mexican “star number 1”, often starred in mediocre, commercial films, the stylistics of which were extremely eclectic. The conditional and pseudo-Mexican coexisted with the loan, borrowed from Hollywood. “Cucaracha” and “Juan Gallo” are truly classic examples of such movie-Mexico in Hollywood. The tragic heroines of Maria Felix here gave way to characters of melodramas. 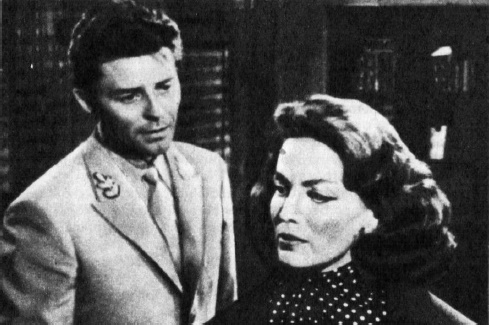 And yet the world success of post-war Mexican cinema art did not pass without a trace for Maria Felix. In the years of decline and the crisis of cinematography in her homeland, she increasingly began to appear in the films of European filmmakers. The most famous of them are: “Heroes are tired”, “Fever comes to El Pao” and “Sonata”. However, these films, created and solved in a psychological manner, requiring a subtle and detailed nuance of the actor’s play in depicting the emotional experiences of the characters, proved to be a difficult test for Maria Felix. 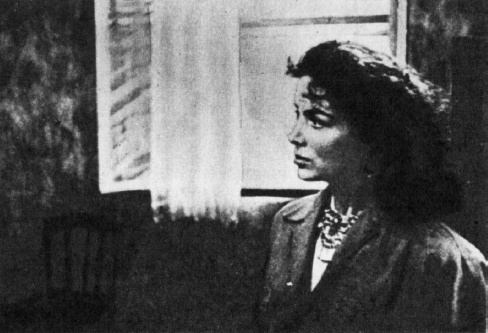 This peculiar and bright plasticity of the actor’s individuality and the very appearance of Maria Felix managed to convey only to the largest French director Jean Renoir in his film “French cancan” (1955). The role of the dancer extremely well suited to the film, the spectacular picturesqueness of which recreated the director – the son of the famous artist Renoir – in the spirit of impressionism. From him the film took bright, clean colors, a subtle and poetic perception of the whole beauty of life, not excluding the sensual, physical beauty of femininity embodied by Maria Felix. And if in the first post-war Mexican films the theme of the actress was the pride of beauty, her dignity and protest against violence and evil, then in the Renoir’s film, the beauty of Maria Felix became the object of aesthetic contemplation. 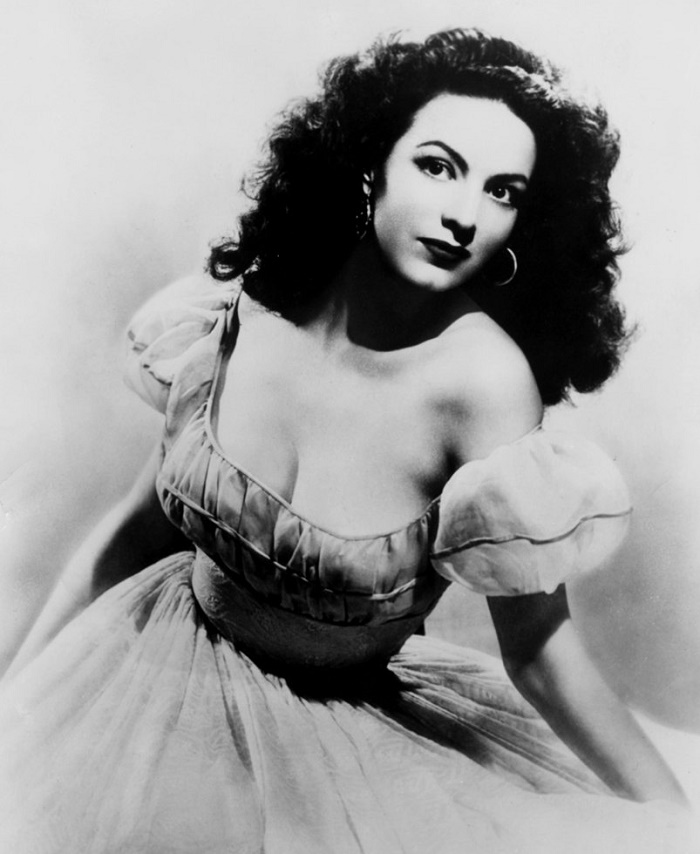 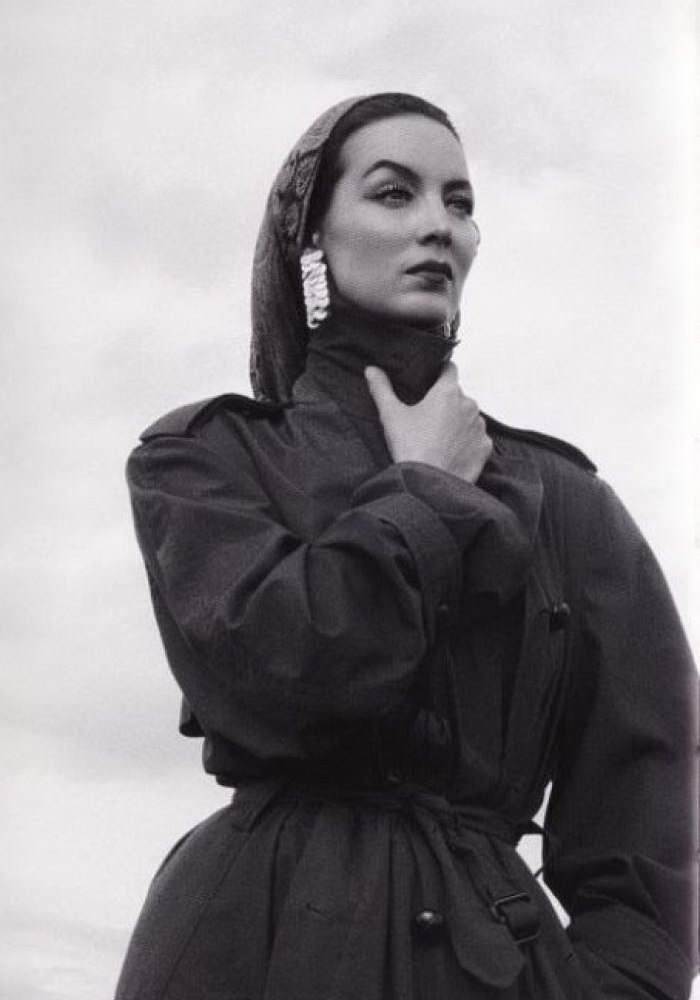 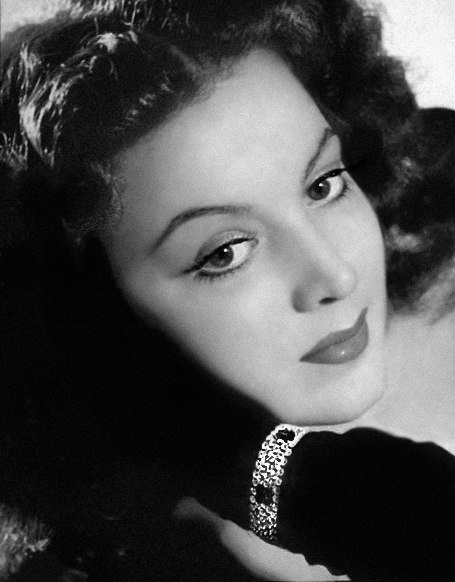 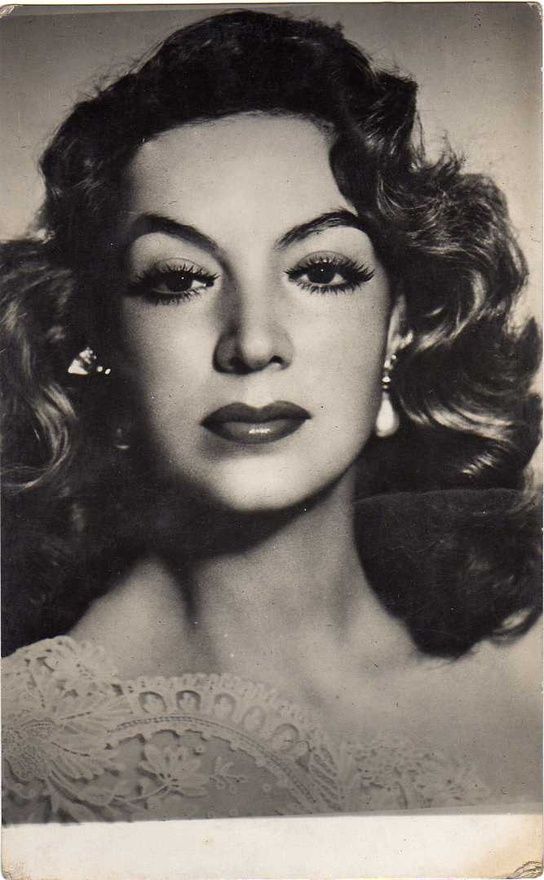 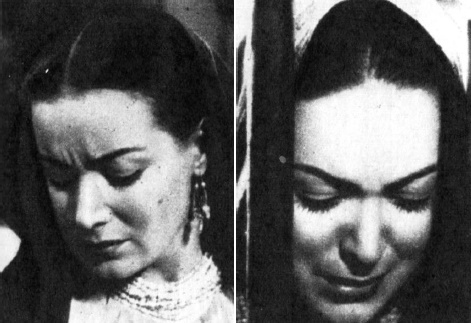 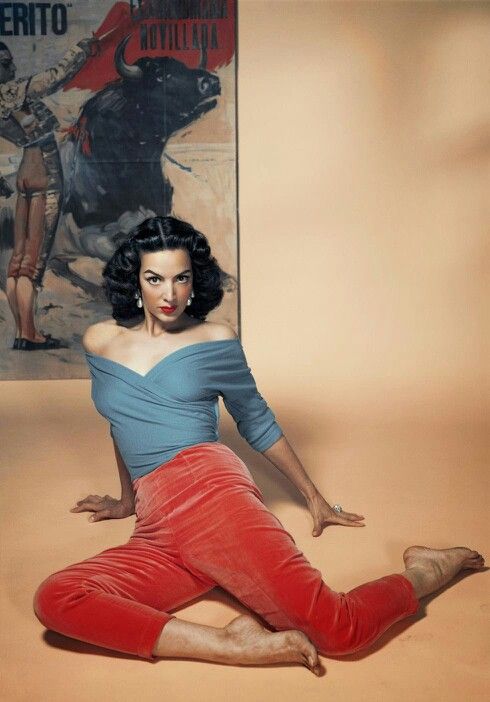 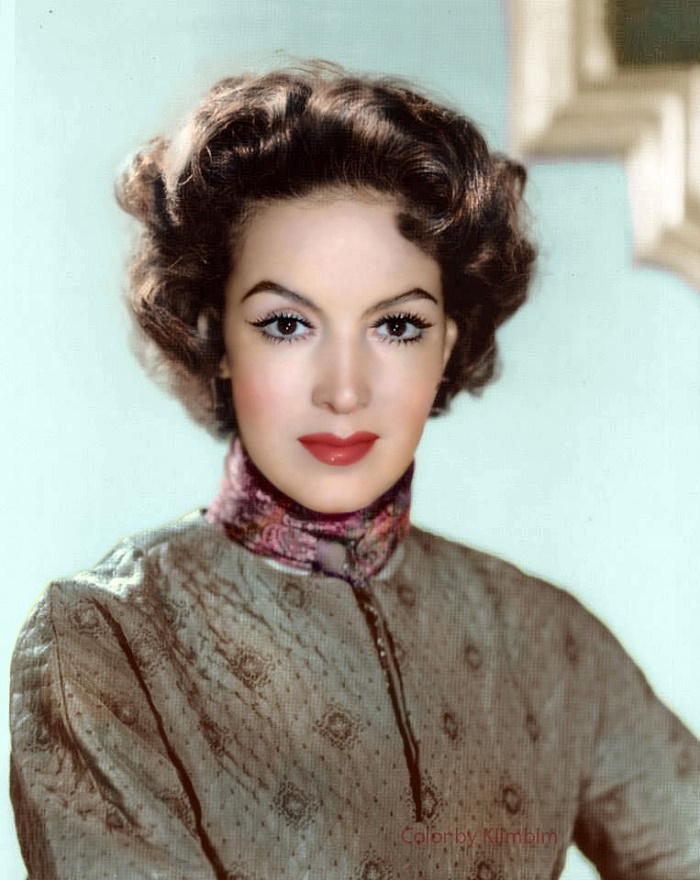 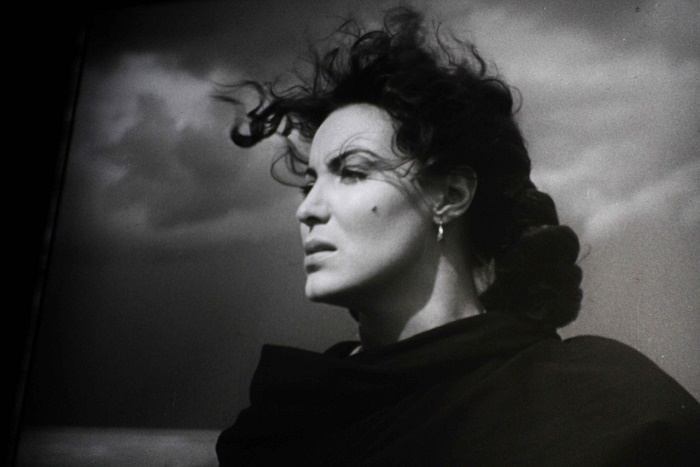 Scene from the film, Maria Felix 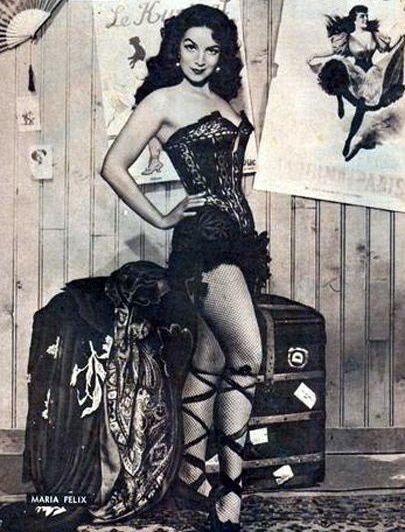 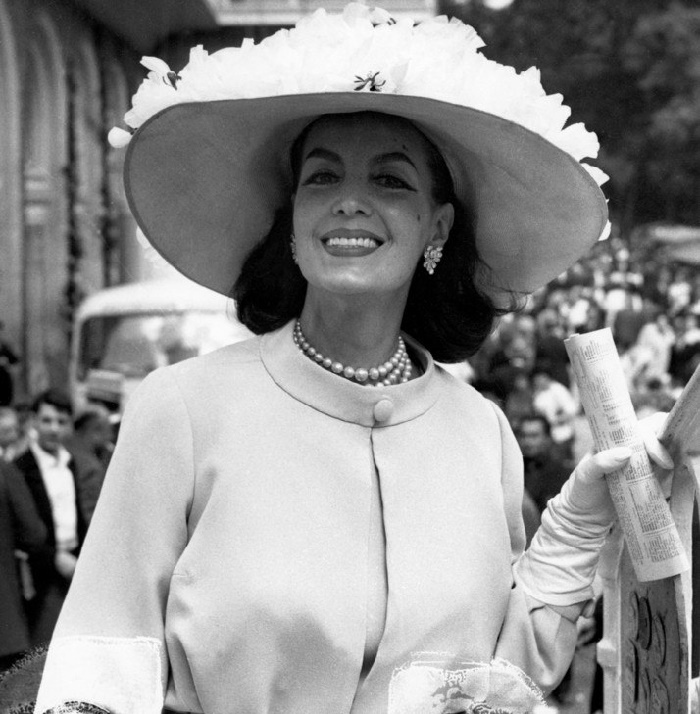 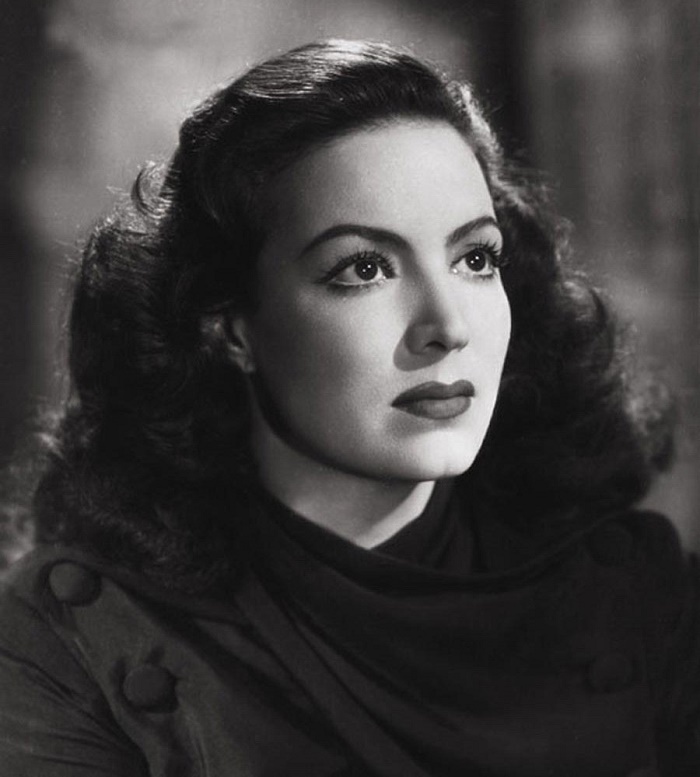 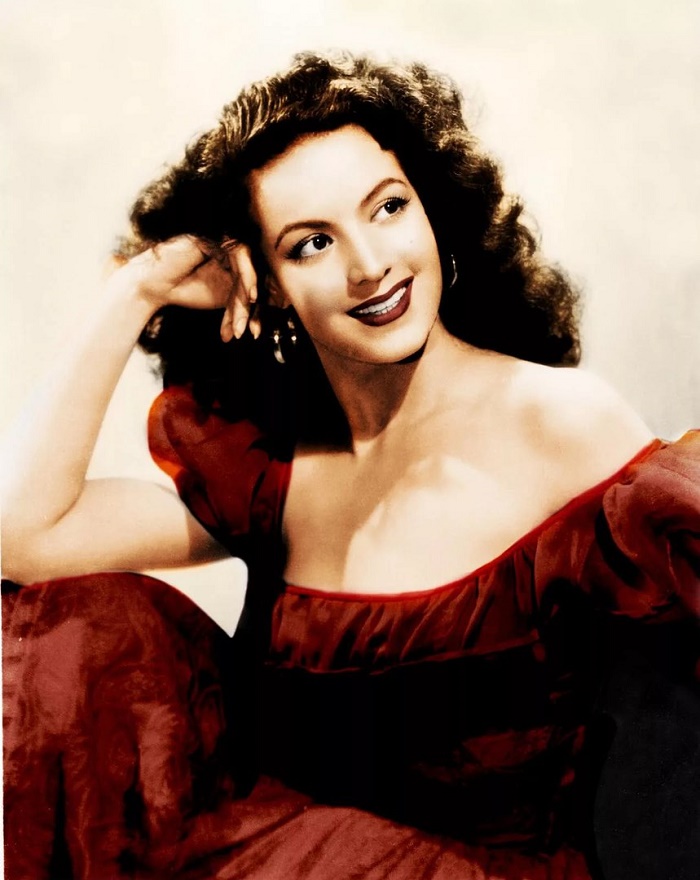 Based on the article in the magazine Actors of Foreign Cinema, 1973 (8)