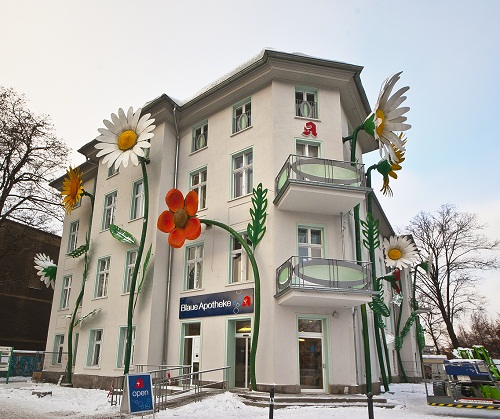 Beautiful street art by Sergej Alexander Dott
Born on November 23, 1959 in Berlin, Sergej Alexander Dott is a creative German artist and sculptor. Dott grew up in the family of a Russian father and an Austrian mother. He has become known for the design of pop-art neighborhoods in Berlin and Zittau. According to his bio, Sergej Alexander Dott learned from 1976 to 1978. First, he studied the craft of pottery at Hedwig Bollhagen. Then, from 1983, he studied sculpture at the Academy of Fine Arts and at the Dresden Art Academy Berlin. In 1988, he began working as an aspirant in Baldur Schoenfelder at the Berlin Academy. Since 1991 he works as a freelance artist, mostly in Berlin and Brandenburg.
In the 1990s and early 21st century Dott took several extended study trips to countries such as Russia, Cuba, Mexico, Japan, Thailand, France and Venezuela. 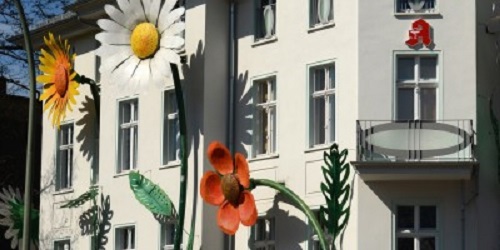 Oversized Flower at the Medical Center in the Treptow Berlin 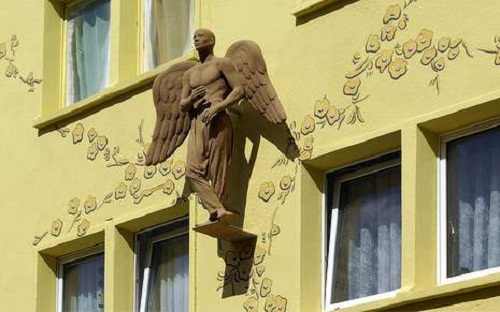 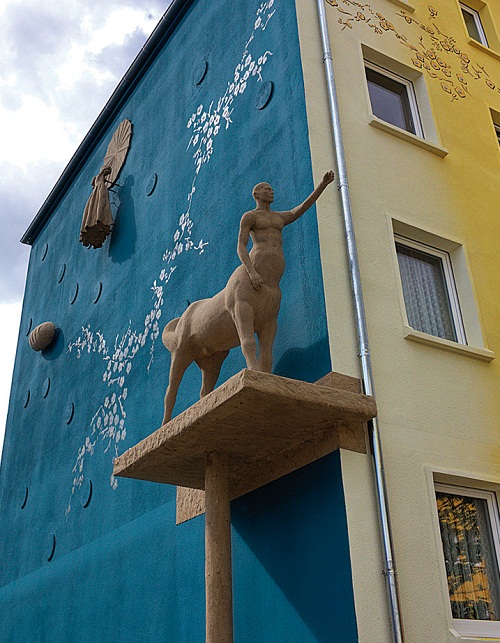 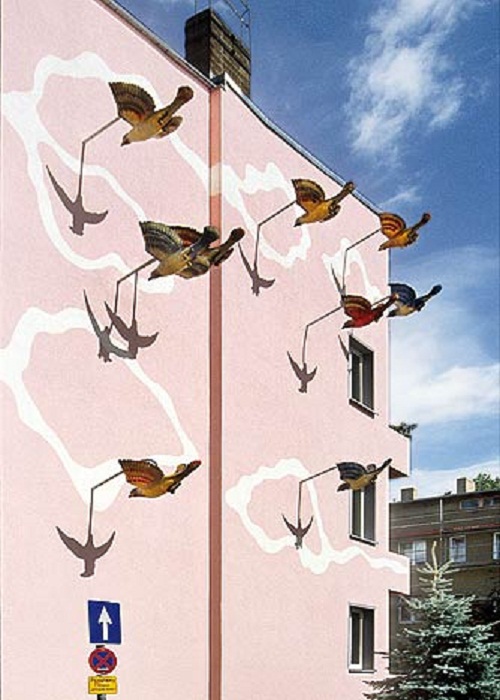 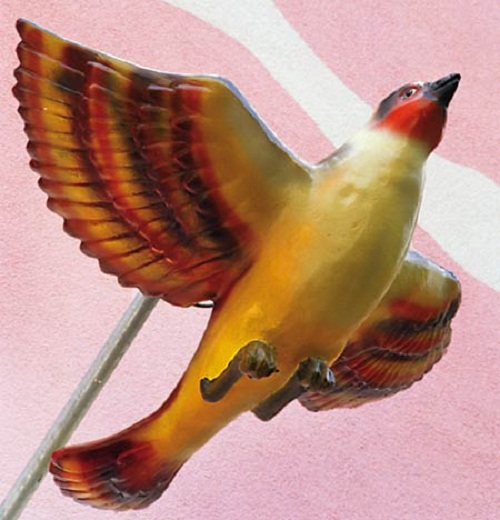 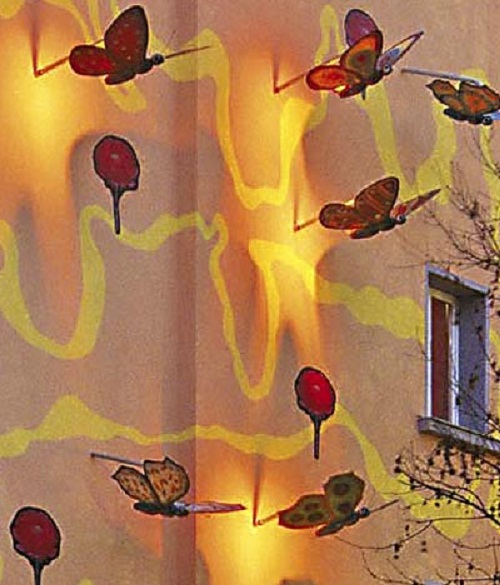 Man’s head sculpture in the garden

Horse heads decorate the walls of the house 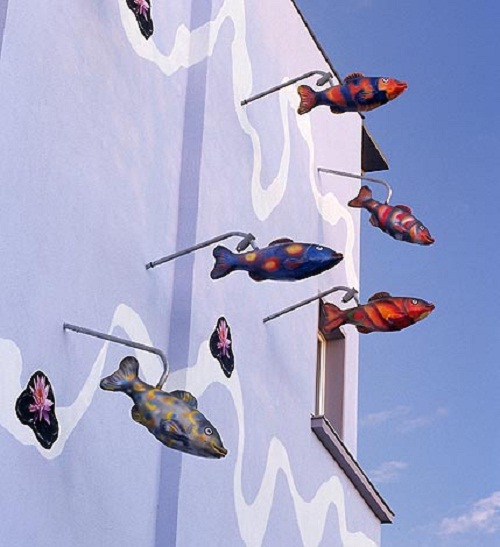 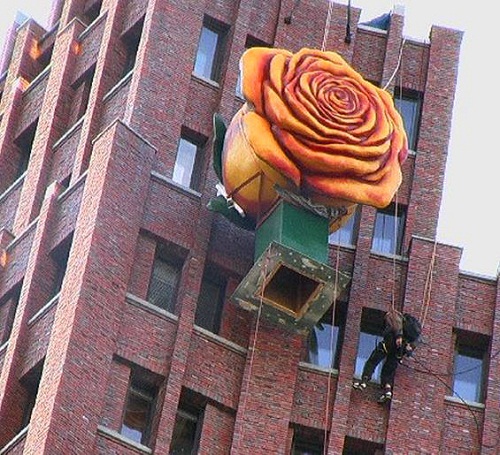 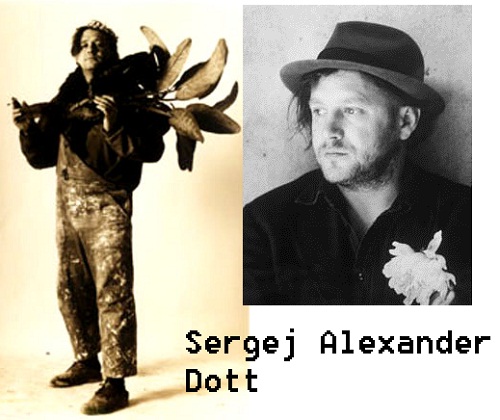