« Before you complain
Purchase of Alaska historical facts » 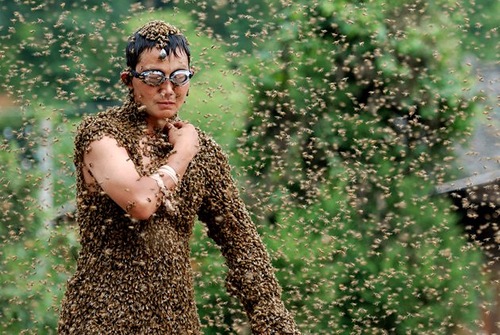 Bee bearding contest
The practice of wearing several hundred thousand honey bees on the face, usually as a sideshow-type demonstration at such agricultural shows. Traditionally, beekeepers since ancient times have allowed bees to rest on their bodies. Thus, they demonstrate their rapport with the insects. Meanwhile, it was Petro Prokopovych, a Ukrainian beekeeper, who initiated the practice of congregating measurable quantities of bees on the face, in the 1830s. And such practice spread to various “freak” exhibitions at American carnivals by the end of the nineteenth century. 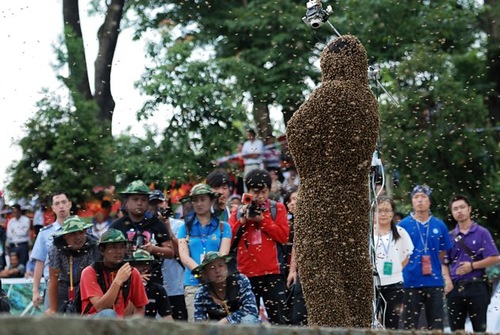 Noteworthy, The Guinness Book of Records includes a category for “most pounds of bees worn on the body”. And currently the record holder is American animal trainer Mark Biancaniello. In particular, Biancaniello successfully wore 350,000 bees, weighing just over 87 pounds. The event took place during a 1998 broadcast of the Guinness World Records: Primetime television show.

Also, in 2005 Irish beekeeper Philip McCabe made an attempt to break the record. He intended to wear a full one hundred pounds of bees, failed when only 60 pounds of bees landed on his body. McCabe was using Irish black bees, which are larger than Italian honey bees. Accordingly, fewer bees (around 300,000) would have been required to reach 100 pounds than it took Biancaniello to reach 87 pounds. Bee bearding records are calculated by weight, not number of bees, because of this variation across honey bee strains. 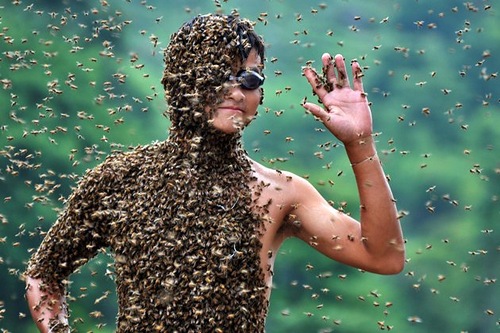 Second place – given to Lv Kongjiang in the ‘bee bearding’ competition 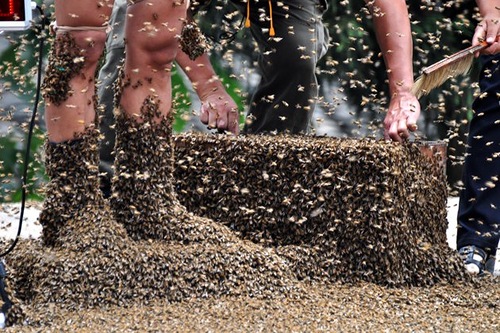 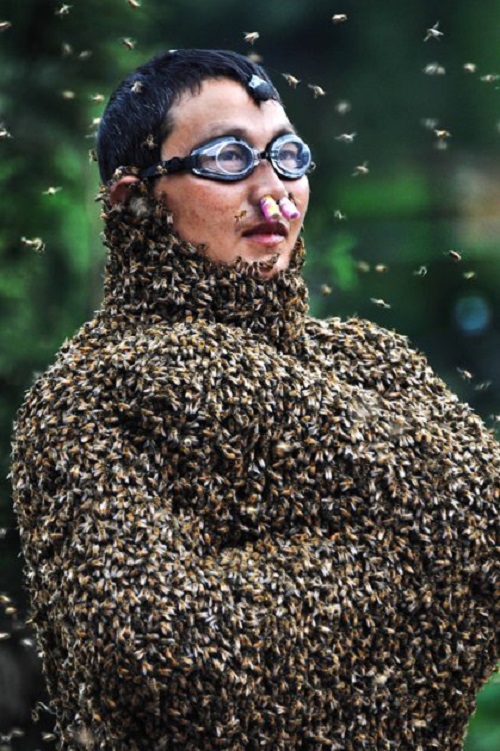 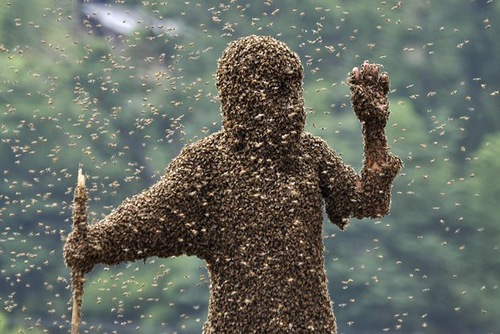 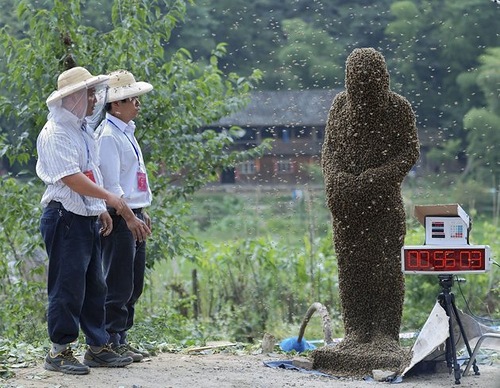 Beekeeper Wang Dalin, crowned the winner after attracting 26.86kg of bees onto his body in 60 minutes, according to local newspaper reports 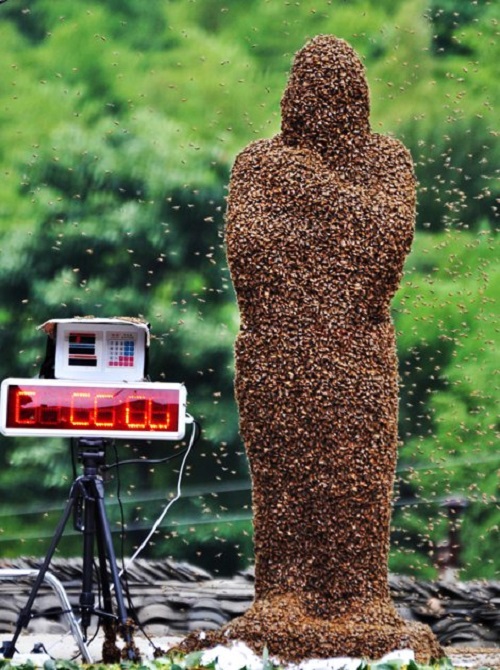