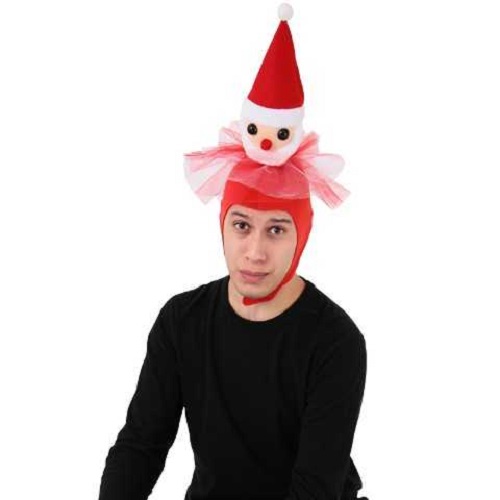 Bizarre Christmas costumes
Village Vanguard’s copy calls this constricting contraption a “Santa Ballerina Hat”. And you’ve got the Santa character and what could possibly be a tutu, but hey – a guy actually wearing a ballet tutu would look only slightly less ridiculous. Think Nutcracker Suite meets Alien chest-burster scene if you need a reference point. Imagine a Christmas party where ALL of these Christmas costumes and accessories could appear – sort of like a Yuletide-themed Star Wars Cantina Scene. Best of all, no lamps need be de-shaded to provide guests with amusing headgear, and for that let’s all be thankful.. 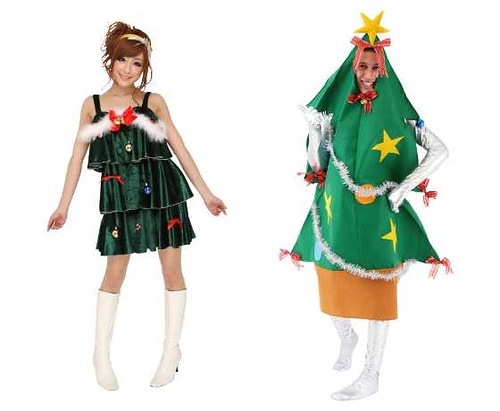 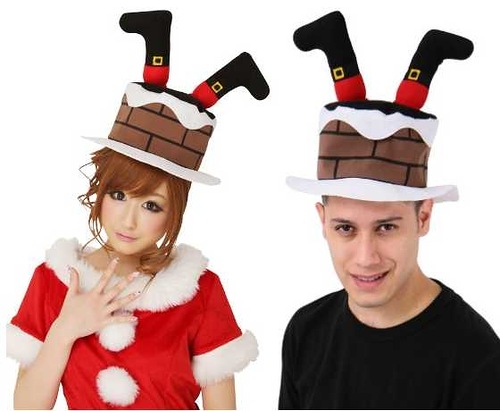 Coming Down the Chimney Hat 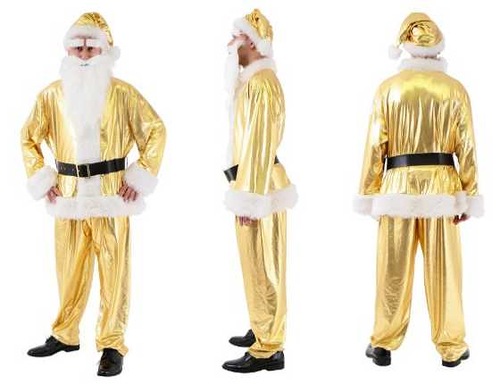 Goldmember Santa Suit. If you love gooooooold, and that’s the way, uh huh, uh huh, you like it! Then the Goldmember Santa Suit is the ideal way to have an Amsterdam good time this Christmas. Not TOO good of a time, however, as you don’t want anyone giving you the goldfinger. 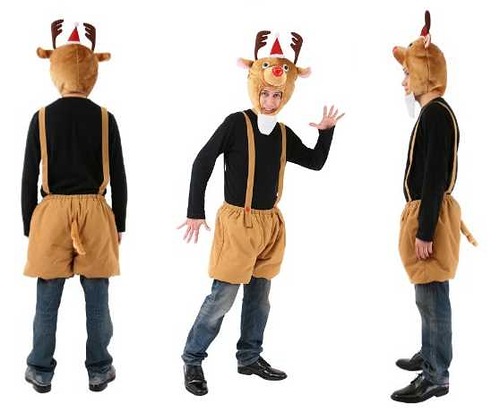 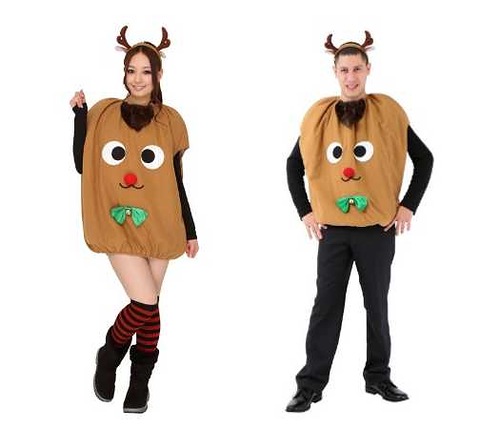 Reindeer Sack Dress. It’s all fun & games until someone gets poked in the eye. And if you’re the gal wearing this Reindeer Sack Dress when it happens, it’s time to call the cops. It appears guys can wear this dress too, not that there’s anything wrong with that. 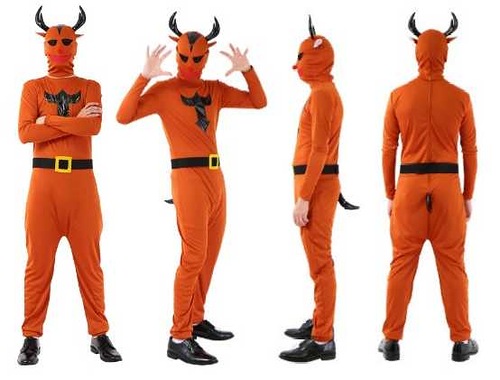 Reindeer Superhero. This form-fitting, head-to-toe Reindeer Superhero costume is what you get when you lock a reindeer. Ultra man and a Mexican Wrestler into Seth Brundle’s teleport device and flip the switch. Worst feature by far is the wickedly curved horn in the “tail” location… . The parties you go to had better be standing room only. 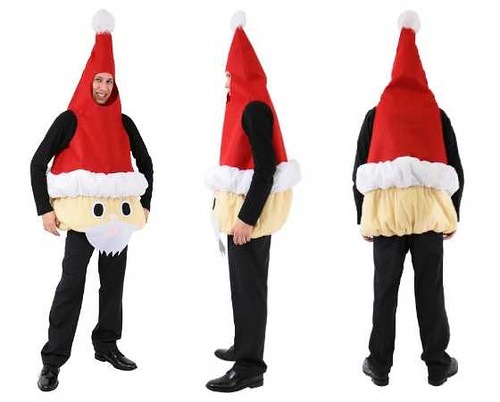 Santa’s Big Head Suit. See the head… be the head! The Santa’s Big Head Suit is disturbing on a number of levels in regards to anatomical correctness. Particularly, from the placement of the arms to the delicate location of Old St. Nick’s fluffy white beard. Far from being Christmas-y, this suit makes the wearer resemble the horrific spidery head-on-legs creature from The Thing. 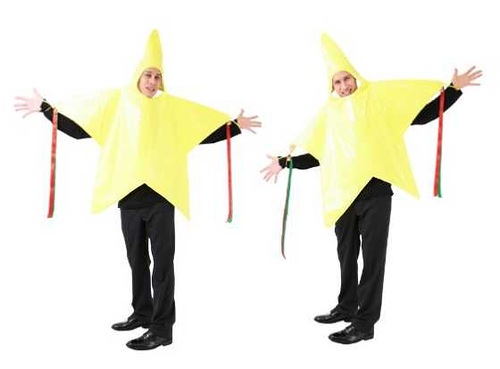 The Biggest Star. OK, say you’ve been given one magic Christmas wish and you’re eager to make a great impression at the upcoming Christmas Eve party. You click your heels three times and say, “I wish I was the biggest star at the party!”… . And thereby learn the lesson that one must be either be careful what they wish for or even more careful about how they express said wish.